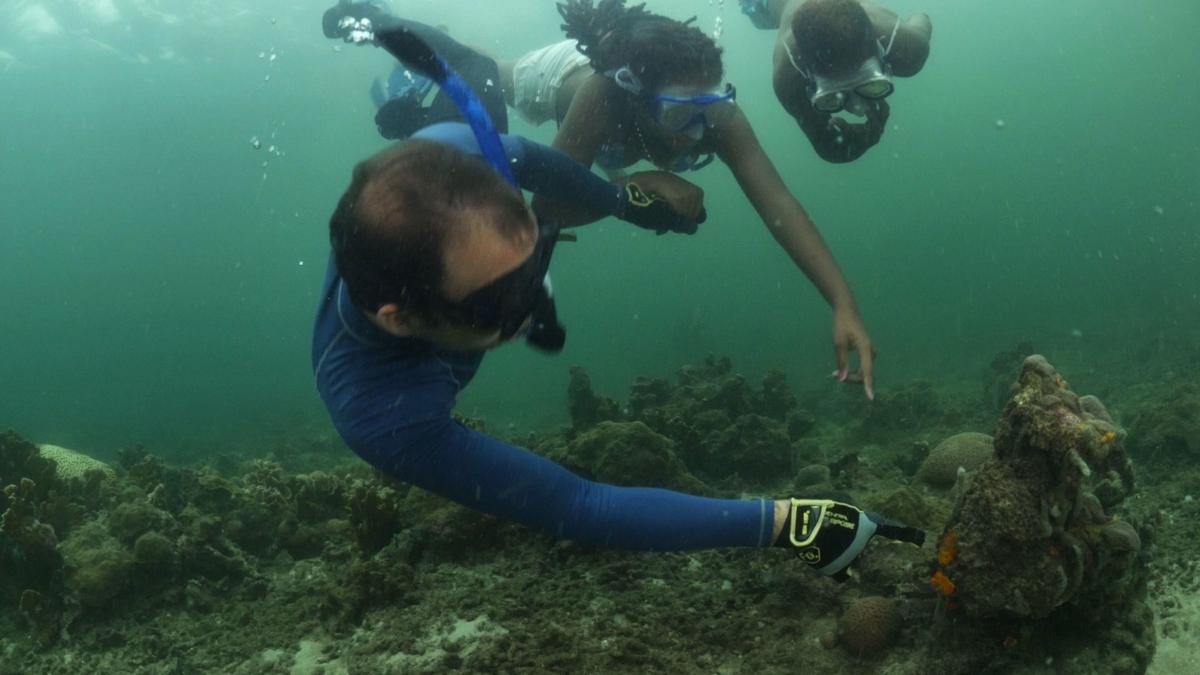 Researcher Mateo Lopez Victoria shows corals to children from Bocachica, a local fishing community that depends on the reef, in this scene from "Saving Atlantis," a documentary from Oregon State University. 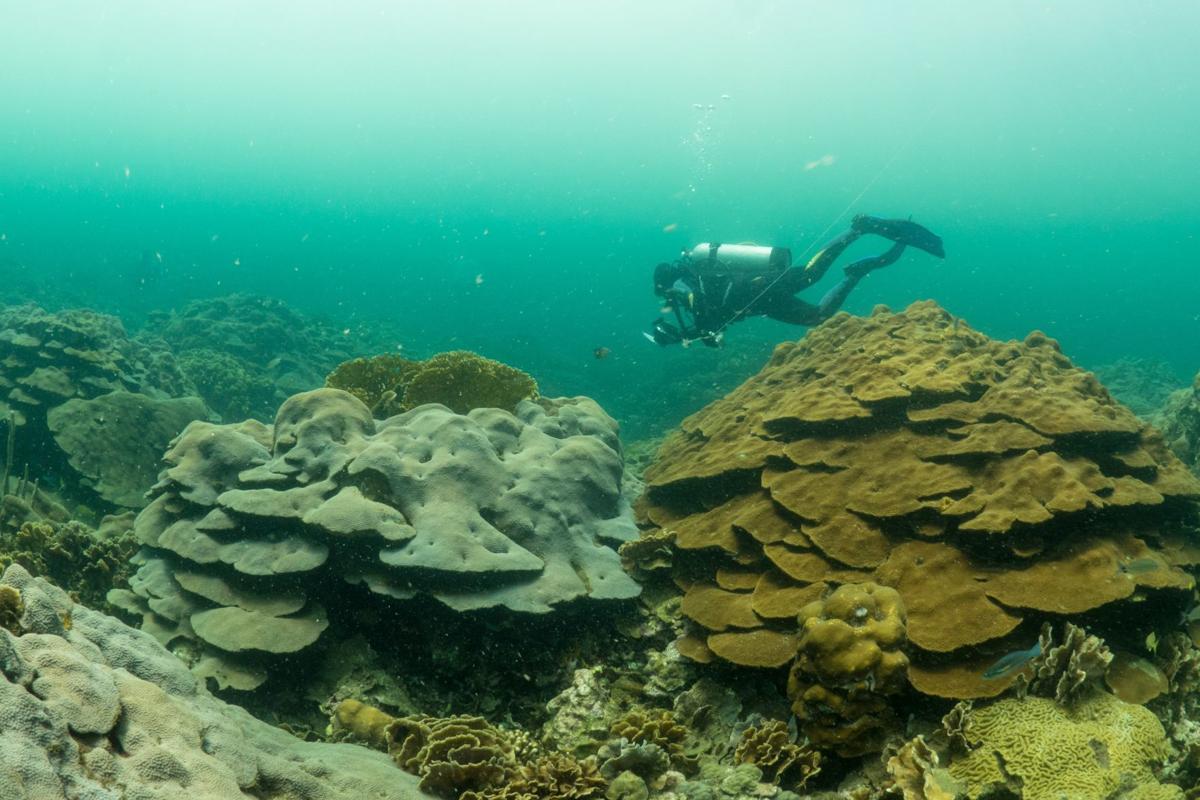 Researcher Valeria Pizzaro, who first discovered the flourishing reef off the mouth of Cartagena Bay, dives among the unusually large coral formations of Varadero.

Oregon State University’s first feature-length documentary is coming soon to a digital platform near you.

“Saving Atlantis,” a 76-minute film about threats to the world’s coral reefs, premiered in February 2018. It was the first major release by Oregon State Productions, a film production company formed by the university to draw attention to OSU research and magnify its impact.

After a series of special screenings, educational distribution through schools and libraries and spending some time on the film festival circuit, the documentary is poised to become available on iTunes, Amazon and other digital distribution services starting Tuesday, according to David Baker, the film’s screenwriter and co-director.

Because this was the first major documentary from OSU’s film production company, nobody was sure what to expect.

“It took awhile to find a distributor, and frankly we weren’t sure if we’d be able to do it or not,” Baker said. “But we’ve had a really good response from distributors.”

In addition to digital platforms, the first phase of distribution will involve making “Saving Atlantis” available through cable television and pay-per-view channels, Baker said. After that the film will be offered to streaming services such as Hulu and Netflix, and eventually broadcast TV.

“It’s kind of an experiment to see if we can get more eyeballs on the film through this commercial process,” he added. “The theory is we will.”

The hope is that “Saving Atlantis” will raise awareness of the serious environmental threats to the world’s coral reefs, which are being hammered by everything from overfishing and pollution to climate change and ocean acidification.

According to OSU researcher Rebecca Vega Thurber, one of the scientists featured in the film, more than half the planet’s coral reefs have already been lost, a quarter of all coral species are threatened with extinction and once-rare mass bleaching events have become annual occurrences.

In at least one case, the OSU documentary seems to be making a difference, Baker said. One of the locations highlighted in “Saving Atlantis,” a reef called Varadero off the coast of Colombia, was on the brink of being destroyed to make way for a new shipping channel to serve a busy port. But the film has helped rally opposition to that project, and so far, at least, the reef has been spared.

“We can’t take credit for everything, but there is a certain power or level of attention that is raised when people from other countries see the film,” Baker said.

“The people who are fighting to save the reef used this as a way to say, ‘Hey, we’re being watched.’”

Proceeds from distributing “Saving Atlantis” will be used to fund fellowships for aspiring filmmakers at OSU, Baker said. Students will be able to pitch five-minute documentaries about OSU research projects to Oregon State Productions, and the best proposals will be funded.

“It’s a way to pay it forward and also to encourage science and natural resource storytelling by students from all disciplines across campus,” Baker said.

HALSEY — She had an infectious smile and an artistic streak, loved to travel and, above all, had a passion for sharing her faith.

A Lebanon woman was sentenced in Linn County Circuit Court on Thursday morning to 11 months in prison for a crash that killed an Albany motorcyclist.

The victim in a fatal crash south of Corvallis on Monday has been identified as Ashley Kropf of Halsey.

Corvallis man arrested after allegedly kicking a puppy to death

A 25-year-old Corvallis man is accused of killing his 5-month-old Dachshund on Monday evening.

An Albany man reportedly injured three people in an intoxicated driving crash on the Fourth of July.

Kids can get free life jackets on Saturday

Kids up to age 12 can pick up free life jackets on Saturday at the Linn County Fair & Expo Center.

Researcher Mateo Lopez Victoria shows corals to children from Bocachica, a local fishing community that depends on the reef, in this scene from "Saving Atlantis," a documentary from Oregon State University.

Researcher Valeria Pizzaro, who first discovered the flourishing reef off the mouth of Cartagena Bay, dives among the unusually large coral formations of Varadero.