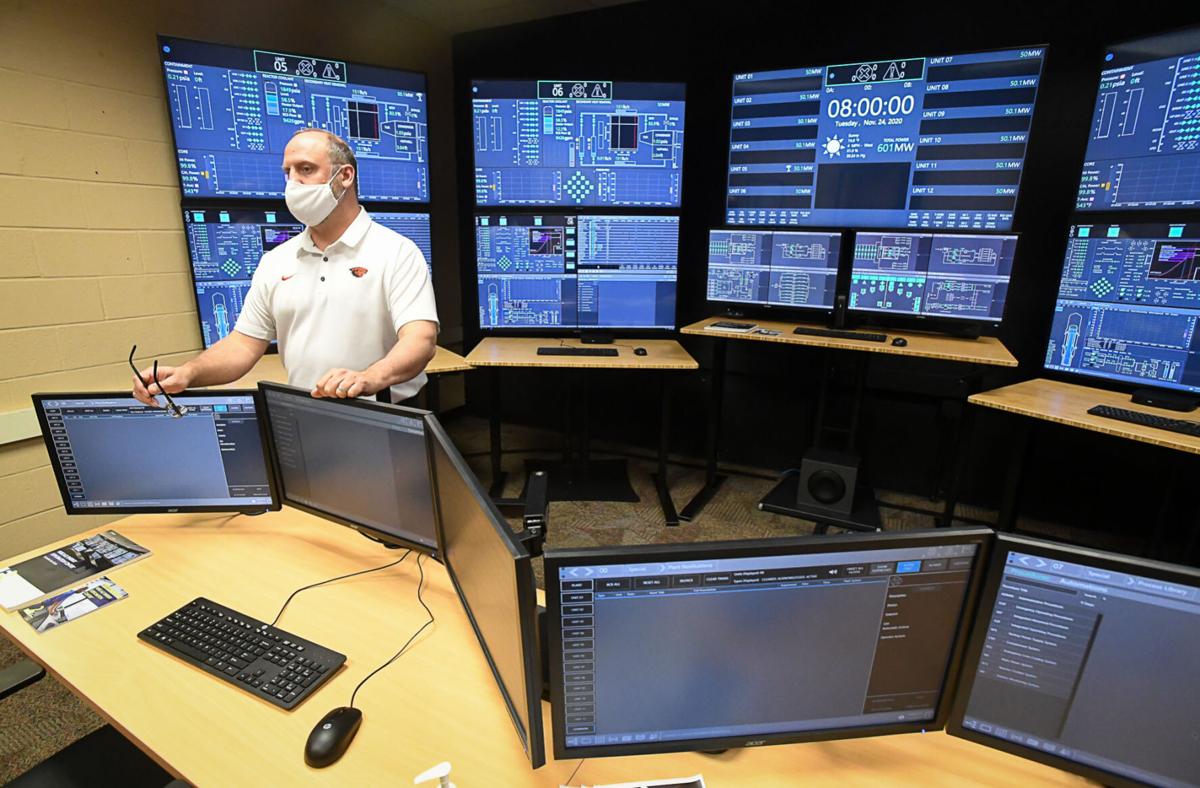 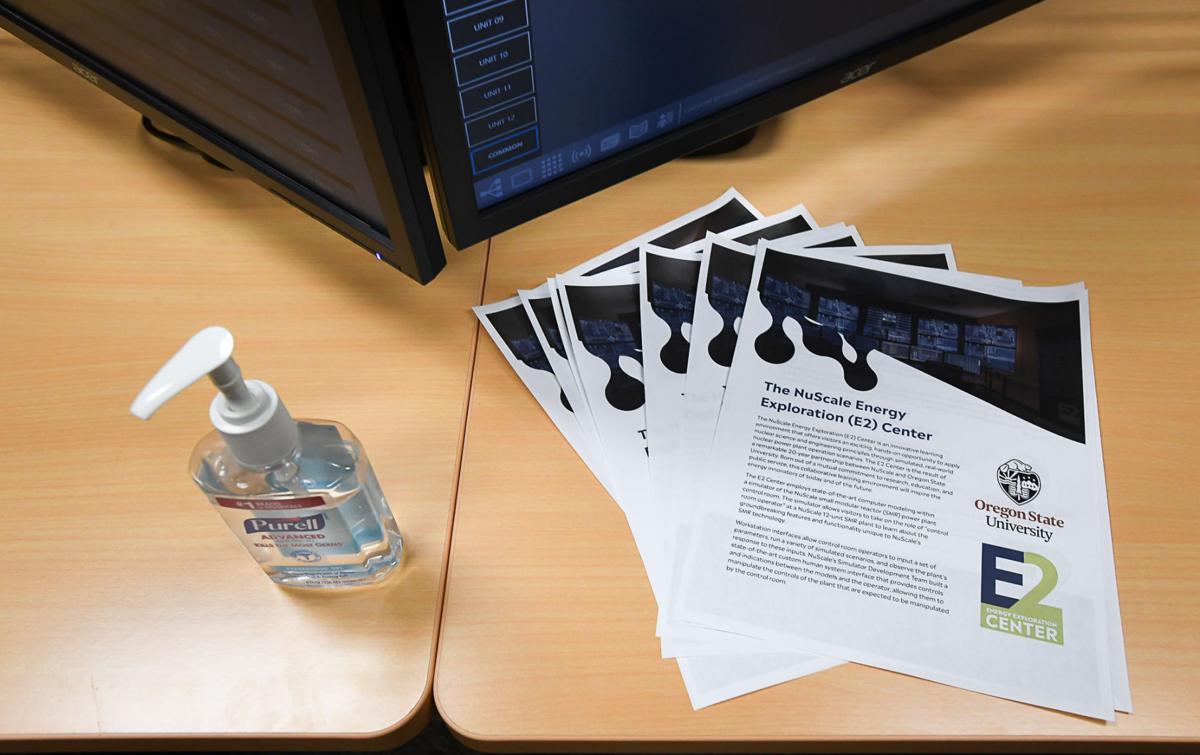 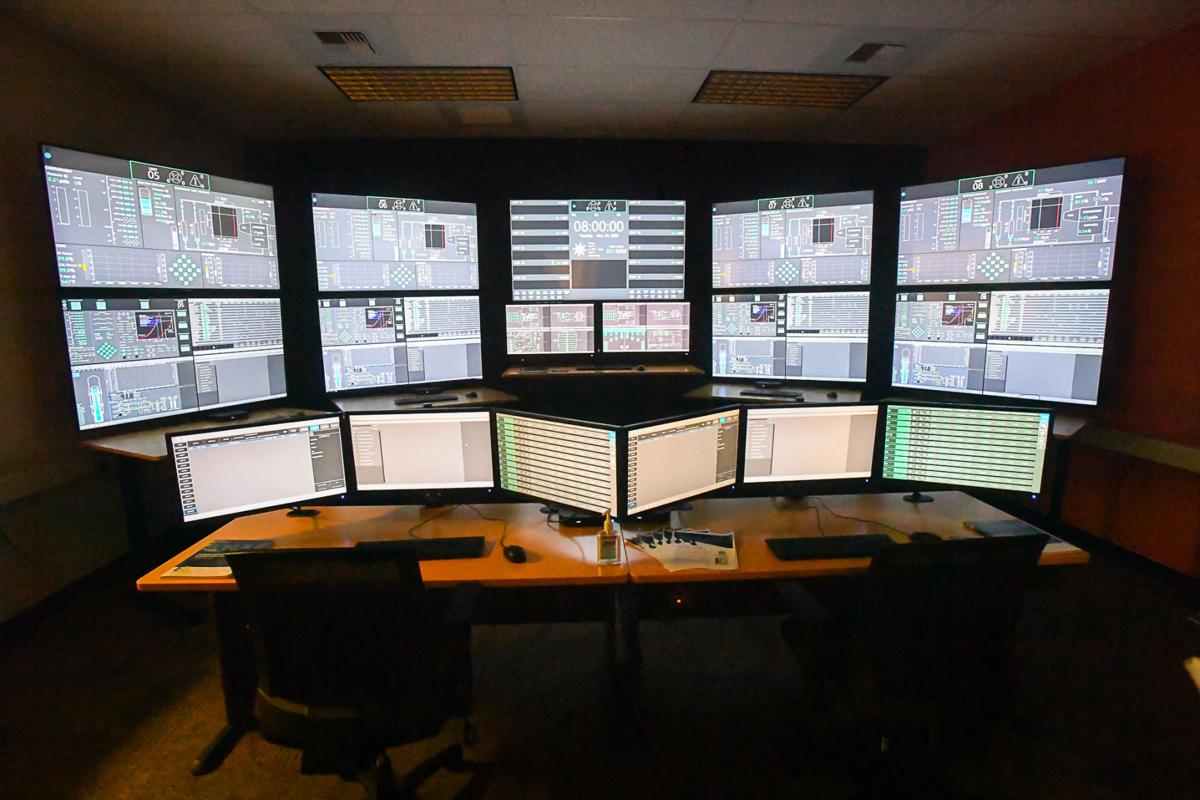 OSU's NuScale Energy Exploration Center can monitor the activities of four NuScale reactors, although the firm's design allows up to 12 reactors to be linked together.

It felt like you were entering a Bond or Bourne film. The door was unlocked and whap! — you were face to face with enough monitors and computer screens to track a butterfly sneezing in Texas.

And yet, as complex as it looks, the mockup only represents one-third of the real thing.

The first of its kind — two more are planned for Texas A&M and the University of Idaho — the center simulates the actual control room for a NuScale reactor complex. It will be open for public viewing once coronavirus restrictions are eased.

The OK marked the sixth and final piece of NuScale’s design-certification application. The company’s customers can now proceed with plans for power generation facilities, with an Idaho project likely to be the first to go live in 2027.

OSU’s center, which is just steps away from NuScale’s on-campus operation, will be used mainly as a teaching facility. It was paid for by a $252,000 grant from the federal Department of Energy.

“We’re actually running the same calculations as they are,” said Steve Reese, director of the radiation center. “The facility is very unique in a couple of aspects.”

The OSU center tracks the activities of four NuScale reactors. The NuScale design calls for up to 12 reactors working together.

Reese said that by next term, classes in nuclear power plant systems will use the center, with other classes planned for the future. OSU’s elite-level nuclear engineering program currently includes about 280 undergraduate and graduate students.

“We’ve had many students and graduates work on the NuScale project,” Reese said. “Having the center here is a real feather in our cap.”

NuScale, which is based in Portland, has offices in Maryland, North Carolina, Washington and London, in addition to Corvallis.

The NRC approval makes NuScale’s design the first small modular reactor approved for use in the United States and positions the company as a leader in the global marketplace for SMRs.

NuScale’s reactors can generate 60 megawatts of electricity (although the company recently announced design improvements it says can boost output to 77 megawatts), far below the 1 gigawatt capacity of a typical commercial reactor. NuScale models take up just 1% of the space of a commercial unit, and the design allows as many as a dozen of them to be linked together in a "12-pack" formation.

NuScale has simplified the design of its reactors to make them safer than conventional, large reactors by getting rid of pumps, valves and other parts while building in safeguards in an attempt to make the reactors impervious to meltdown.

A company with Oregon State University ties has advanced to the final eight of a lucrative competition to desalinate water using solar power.

OSU's NuScale Energy Exploration Center can monitor the activities of four NuScale reactors, although the firm's design allows up to 12 reactors to be linked together.