Watch now: Who will win big at The Game Awards? 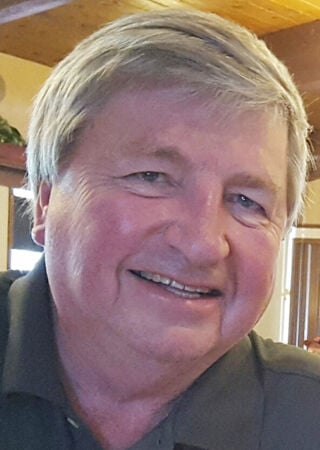 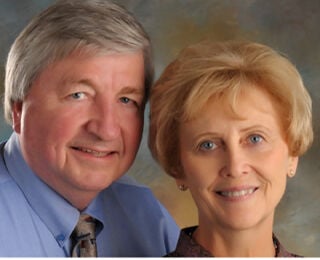 Marvin Charles Shelby was born in Albany, Oregon, the third of four sons to Walter and Gladys Shelby. He was raised on the family's dairy farm just outside Albany. Marv attended Clover Ridge School before graduating from Albany Union High School in 1961. He attended both Stanford University and Oregon State University, earning his degree from OSU in Mechanical Engineering in 1966.

Marv worked in the food processing industry throughout his career. He spent many years at the Birds Eye frozen vegetable plant in Woodburn, Oregon, and continued there under the Agri-Pac co-op. In 1999 he moved to northwestern Washington state for a new job with Small Planet Foods, where he remained until his retirement.

Marv married his high-school sweetheart, Carol Ann Davis, on August 28, 1966, and would remain at her side for more than 54 years. They raised their two sons, Jeff and Greg, in Woodburn. Marv was an active and devoted husband and father, taking the family on road trips for adventures all around Oregon, playing all kinds of games (especially pinochle), and spending plenty of time with grandparents and extended family. He became like a second father to many of his sons' friends, modelling values of community, faith, and compassion.

Marv and Carol were active members of Woodburn United Methodist Church and helped to build the new church building on Cascade Drive. Marv was proud to participate in many civic and community groups such as the City Planning Commission, the French Prairie Kiwanis Club, and the Silverton Hospital Foundation Board. He cherished spending time with longtime friends, whether they were golfing, jogging, wine tasting, cheering for the Oregon State Beavers (Go Beavs!), or travelling around the world. Later in life, Marv and Carol spent 14 years in Anacortes, Washington, where they built their dream home on a hill overlooking the gorgeous San Juan Islands.

In the last years of his life, Marv focused on caring for Carol as she battled dementia. He inspired us all with his devotion to Carol throughout this long and difficult journey, taking care of all of her needs and even singing her to sleep every night. Too soon after losing Carol, he was diagnosed with late-stage pancreatic cancer. Through months of chemotherapy and radiation, Marv kept his positive attitude and his bright smile. He died peacefully at home in Woodburn, with his sons close at hand.

Marv was preceded in death by his brothers, David and Donald, and his wife, Carol. He is survived by his brother Michael and sister-in-law Terri; sisters-in-law Suzanne and Sharon; Carol's brother Bernie and sister-in-law Helen; sons Jeff and Greg, and daughter-in-law Seana; and his beloved granddaughters, Harper and Grace, along with many cousins, nephews, nieces, and lifelong friends.

Marv will be remembered for his generosity, his community spirit, his dedication to his church, his unending devotion to his family, and his optimistic outlook. He was a role model and an inspiration to those who were lucky enough to know him.

A memorial service for Marv will take place at the Woodburn United Methodist Church, 700 N. Cascade Drive, on Saturday, December 10, at 2:00 p.m.

Apollo lifted out of Versailles' gardens for restoration

Tom Brady and Stephen Curry under investigation after FTX collapse

Tom Brady and Stephen Curry under investigation after FTX collapse

Why walruses are fed restaurant-quality seafood at zoo in Washington

Why walruses are fed restaurant-quality seafood at zoo in Washington