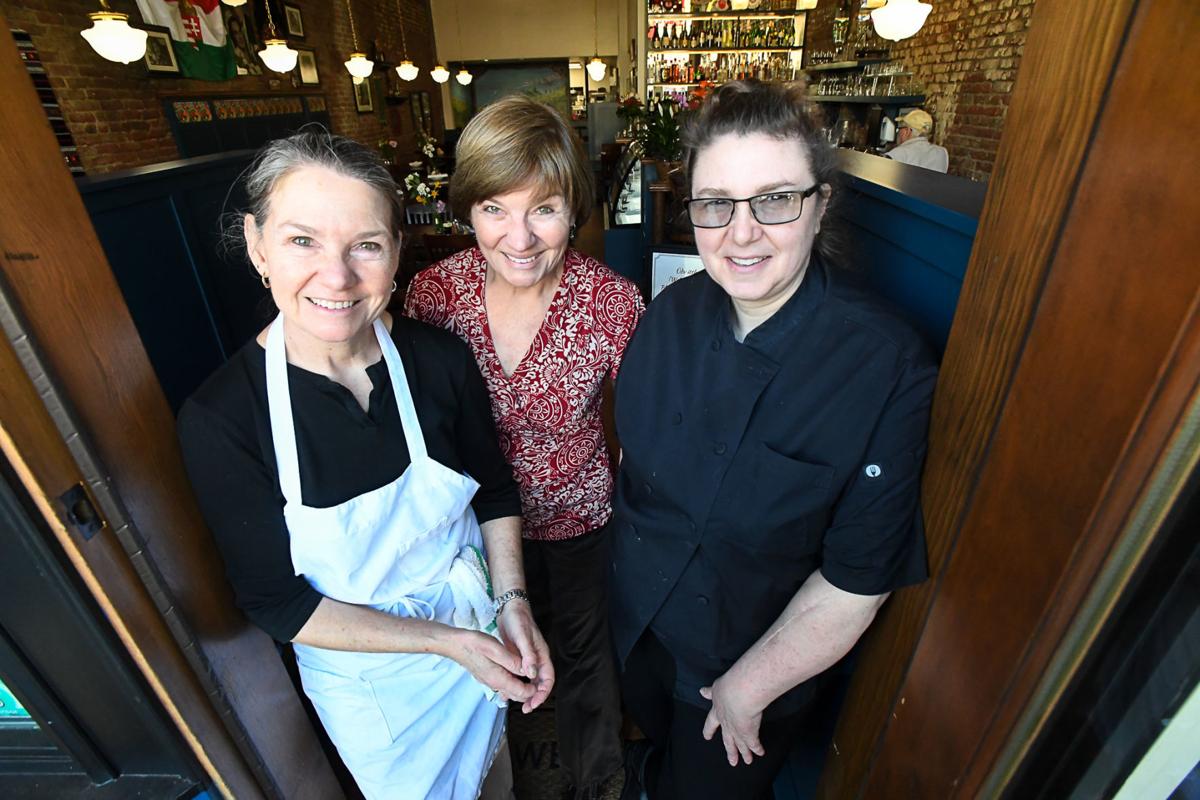 Sisters Karen Novak, Matilda Novak and Kaymarie Novak pose in the doorway of Novak's Hungarian Restaurant in downtown Albany. The business is back open again after closing for more than a year due to a fire. 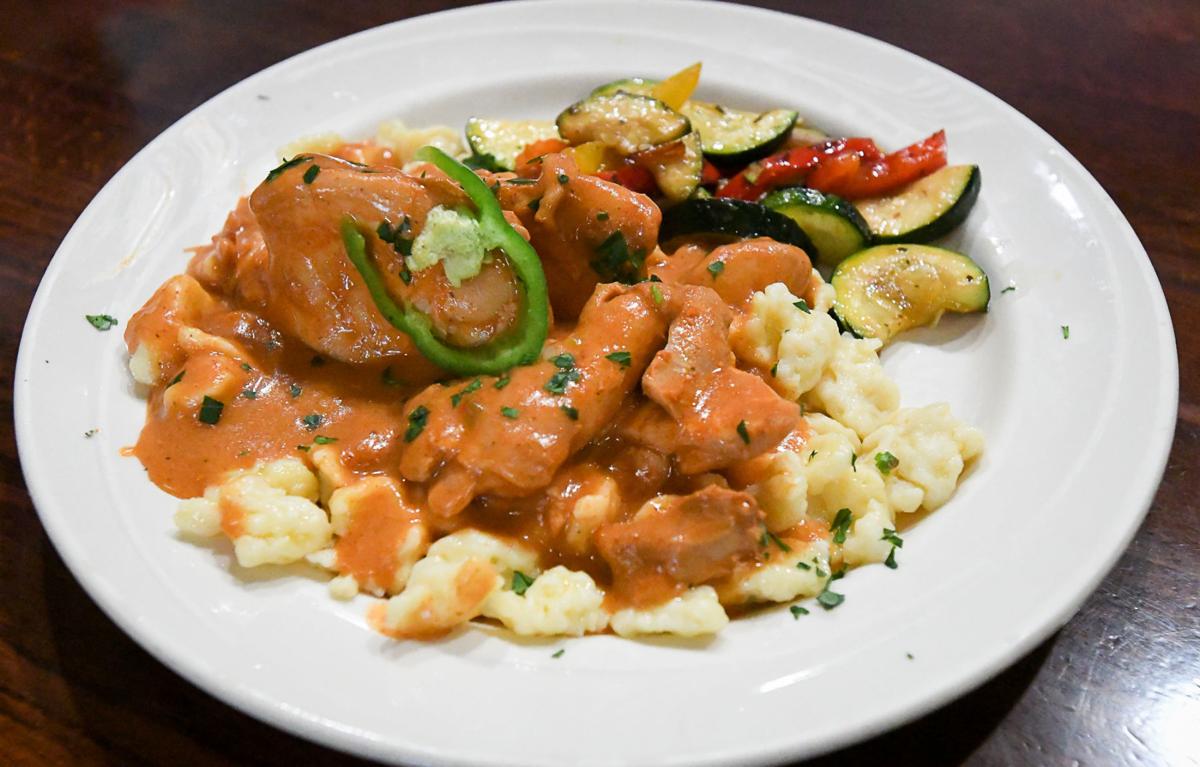 Chicken paprikas is the signature dish at Novak's Hungarian Restaurant in Albany. 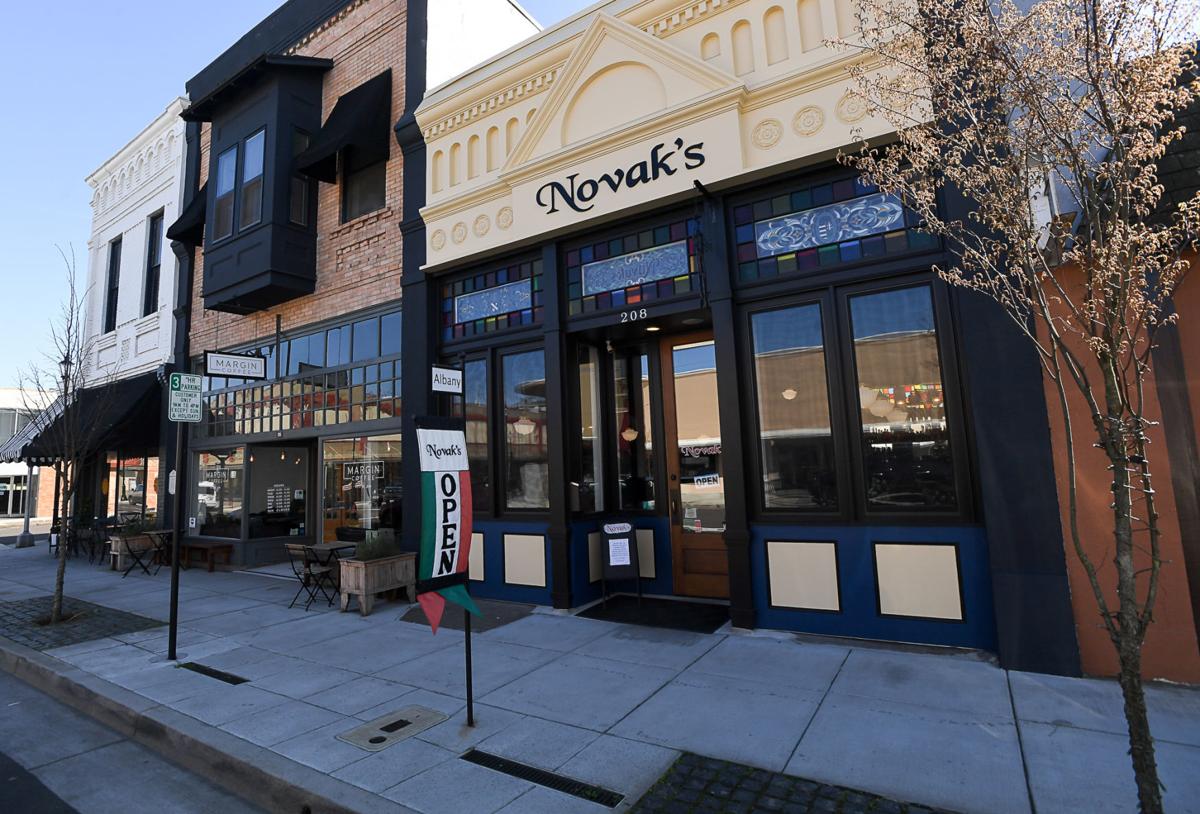 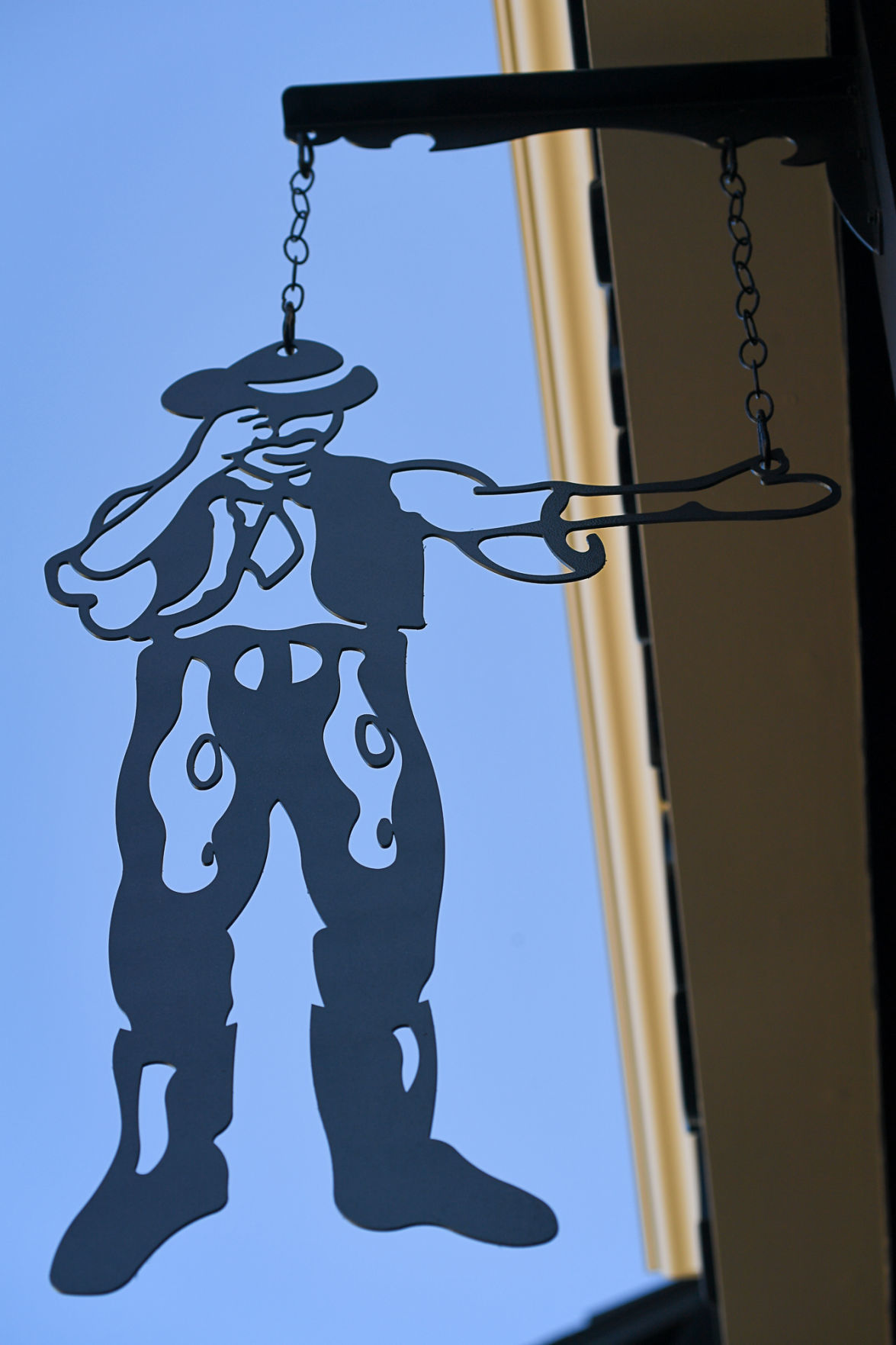 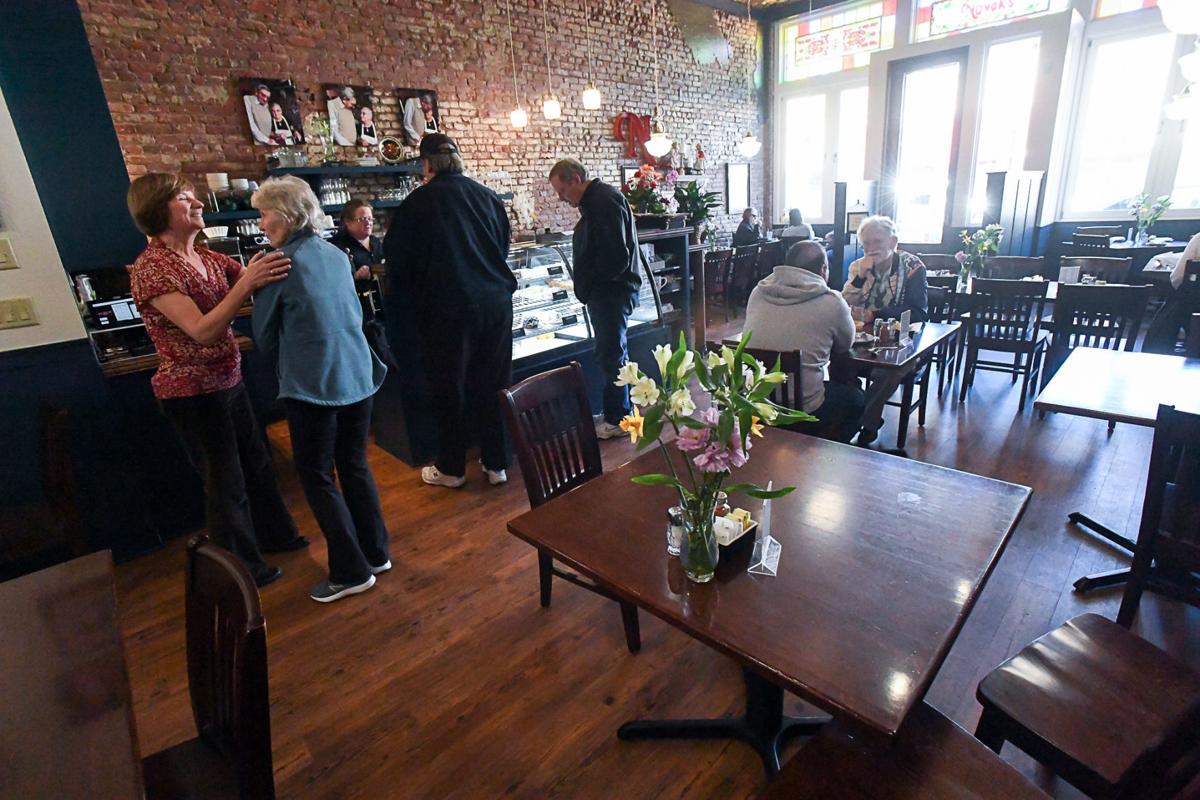 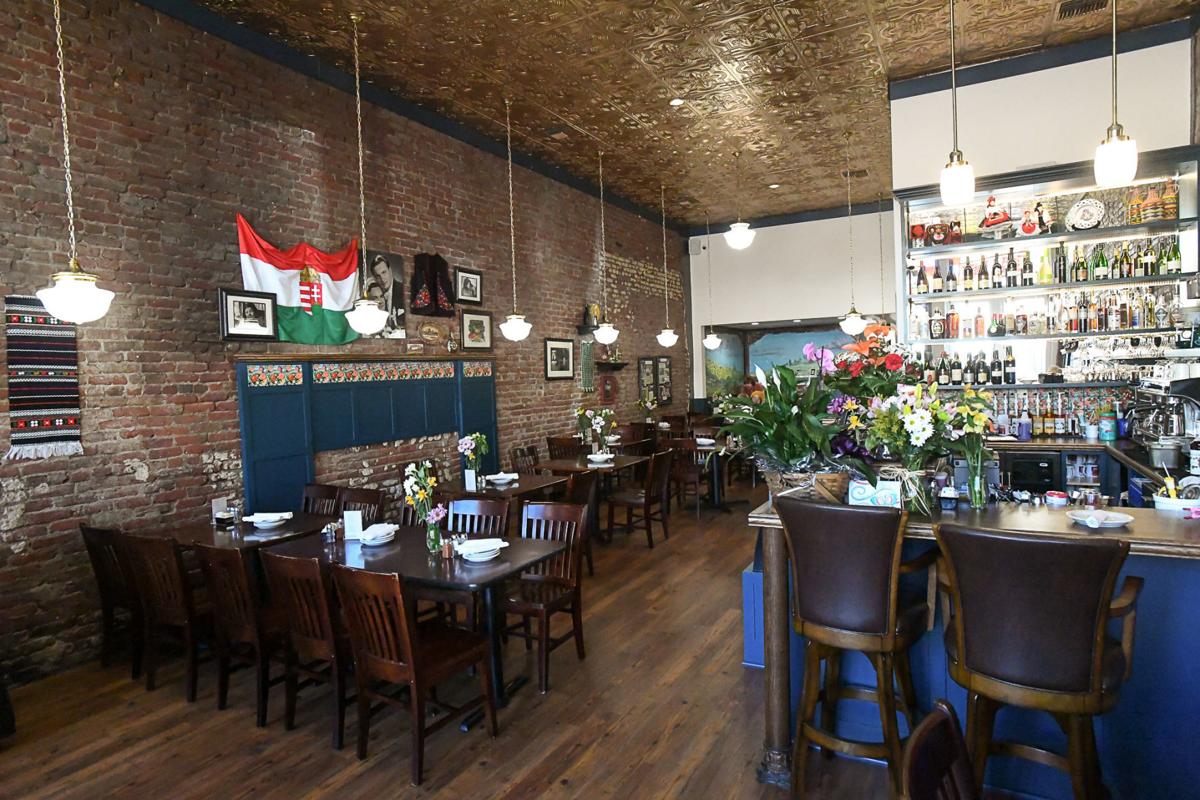 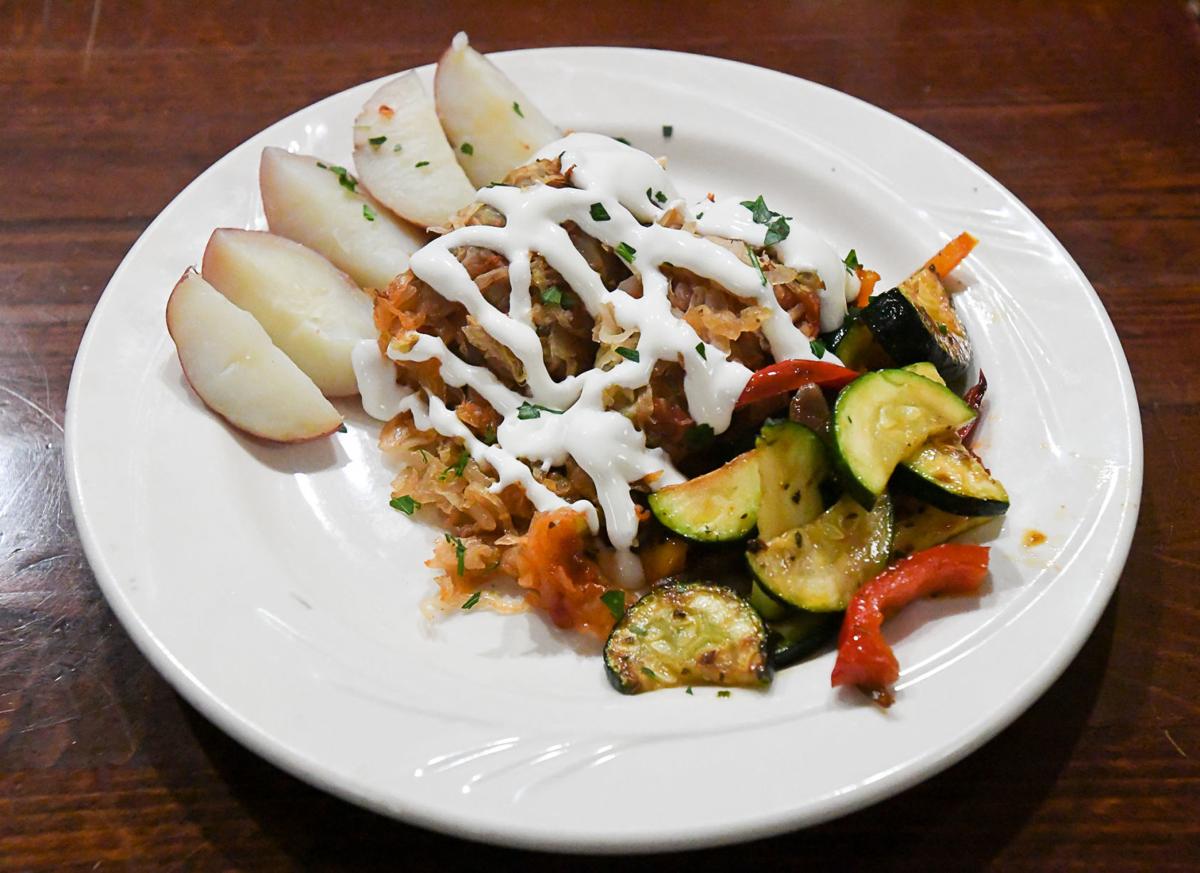 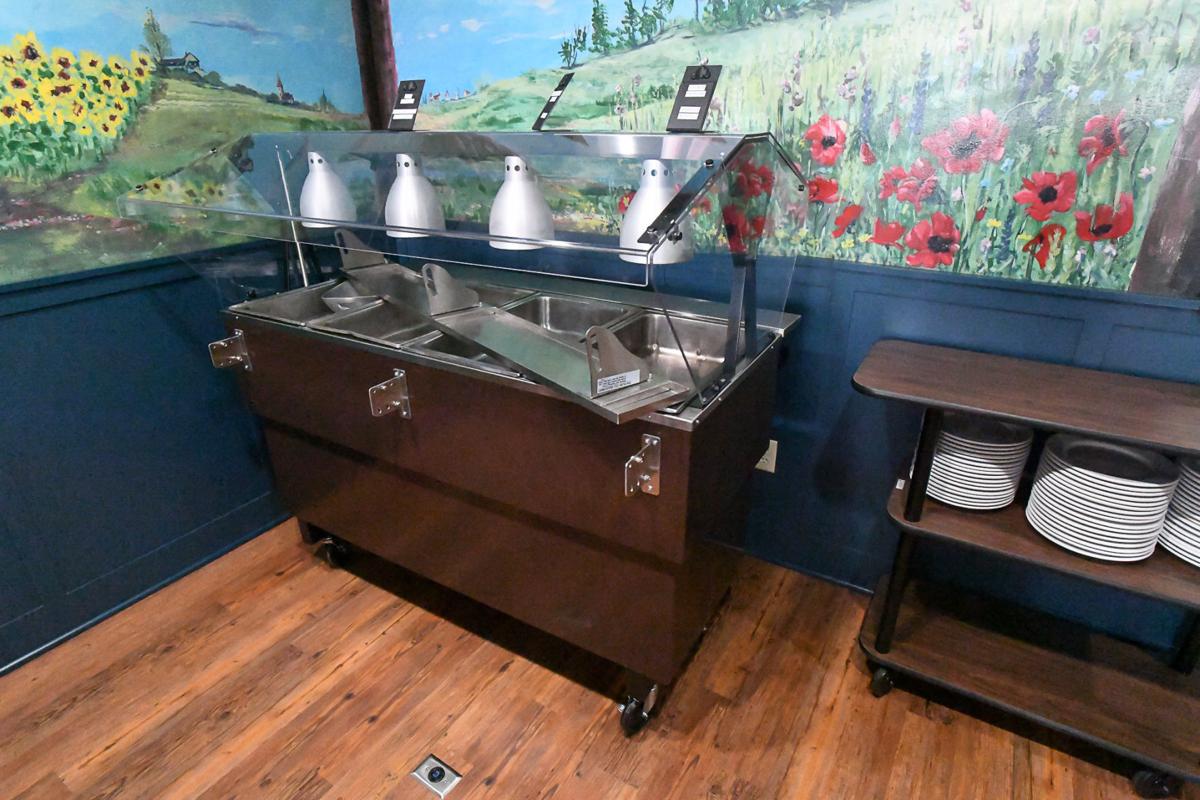 Novak's has shut down its buffet due to concerns about coronavirus.

Novak’s Hungarian Restaurant in downtown Albany closed due to a fire that caused heavy smoke damage in February 2019. But mid-Willamette Valley residents can get their chicken paprikas and other favorite dishes once again.

On March 5, the restaurant reopened, and things have been busy despite community concerns about coronavirus, said the Novak sisters, who operate the business.

“People aren’t staying away. We’ve been closed for so long, I think people are just happy we’re open,” said owner Karen Novak on Thursday afternoon. She checked the time. “It’s been a little nuts. 2:20 p.m., an off hour for lunch, we’re still busy.”

Kaymarie Novak said that she was glad to have the regulars return.

“Some of these people, we’d see them two or three times a week,” she said.

Regular customers will see plenty of familiar faces at the business. Novak’s retained about 80 percent of its workers, despite the year-long closure, the Novak sisters said.

Novak’s Hungarian Restaurant has added a full bar. The eatery had previously served cocktails, but the new bar area, which includes belly-up seating, is a very visible reminder that Hungarian drinks and classic American cocktails also are on the menu.

The creators of the restaurant, the sisters’ parents Joseph and Matilda Novak, better known as “Papa Novak” and “Mama Novak,” also are featured a bit more prominently in the renovated space.

The couple’s wedding photo hangs on the wall and looks over diners in the restaurant, and the Novak’s aims to tell their story.

Shortly after their marriage, Joseph Novak was involved in an anti-communist uprising and the duo had to run from their homeland Hungary in 1956. Eventually, the two settled in the United States, and in 1984 they opened up a restaurant in Albany. They became well known community figures for both their business and their volunteerism.

Papa Novak died in January 2018. Mama Novak passed away in September, before she could see her family’s restaurant reopen.

The sisters said it was a bit odd operating the restaurant without either of their parents. They were unsure if their cabbage rolls, one of Mama Novak’s specialties and a menu item that she continued to make into her 80s, would measure up.

“We’ve had some emotional moments, but people have told us the food is better than ever,” said Matilda Novak, who is named after her mother. “To whatever degree someone could help from heaven, I believe my parents are.”

Matilda Novak takes on the role her father used to play at the restaurant, greeting and chatting with customers at their tables. “It’s a big deal. When my father opened the restaurant, that was his thing,” she said.

The restaurant has responded to the coronavirus by shutting down its buffet, to limit multiple people from using the same serving spoons.

“We’re taking it seriously, but we’re looking at this as temporary,” Matilda Novak said.

Breakfast also isn’t being served currently as the business still doesn’t have all of the necessary equipment, though the restaurant’s beignets, a popular morning choice, remain on the menu. “People are crazy about the beignets,” Matilda Novak said.

It is often said in remembrance that someone “embraced” his family or community.

No one wants to have a fire scorch their business or home, but in the aftermath of a Wednesday blaze that caused smoke damage to Novak’s Hunga…

Sisters Karen Novak, Matilda Novak and Kaymarie Novak pose in the doorway of Novak's Hungarian Restaurant in downtown Albany. The business is back open again after closing for more than a year due to a fire.

Chicken paprikas is the signature dish at Novak's Hungarian Restaurant in Albany.

Novak's has shut down its buffet due to concerns about coronavirus.