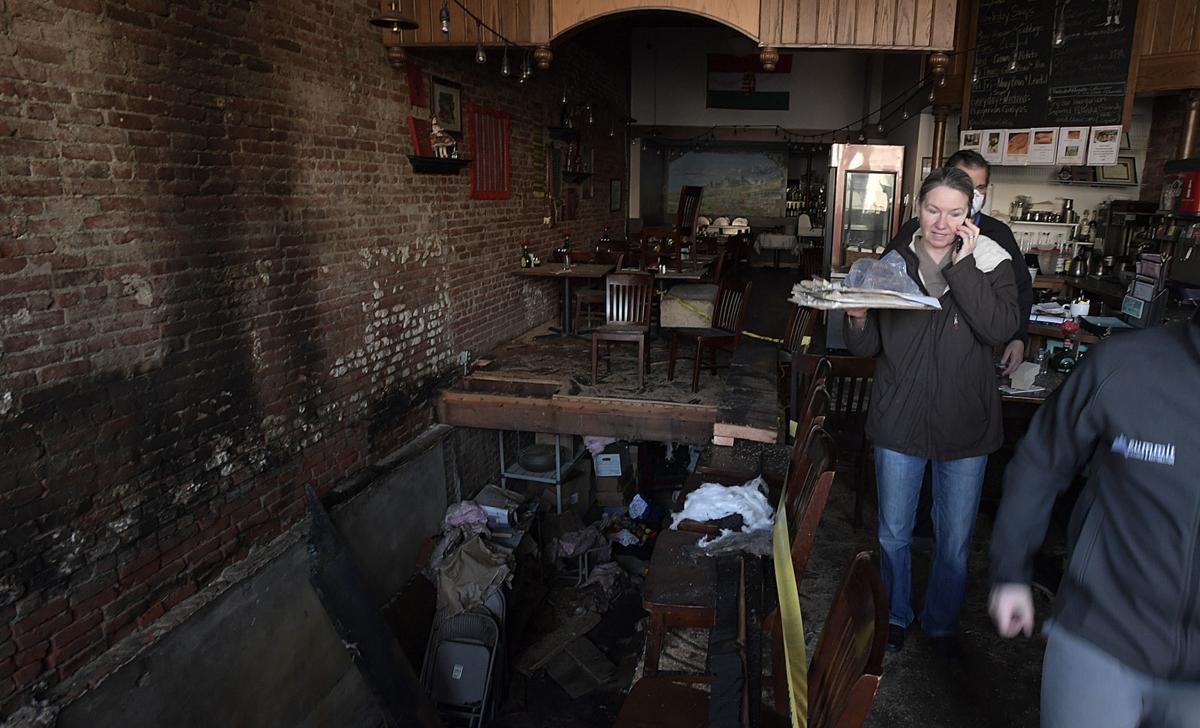 Karen Novak carries recipes out of her damaged restaurant. Other downtown businesses are helping Novak with scheduled weekend events and more. See more photos in our online gallery. 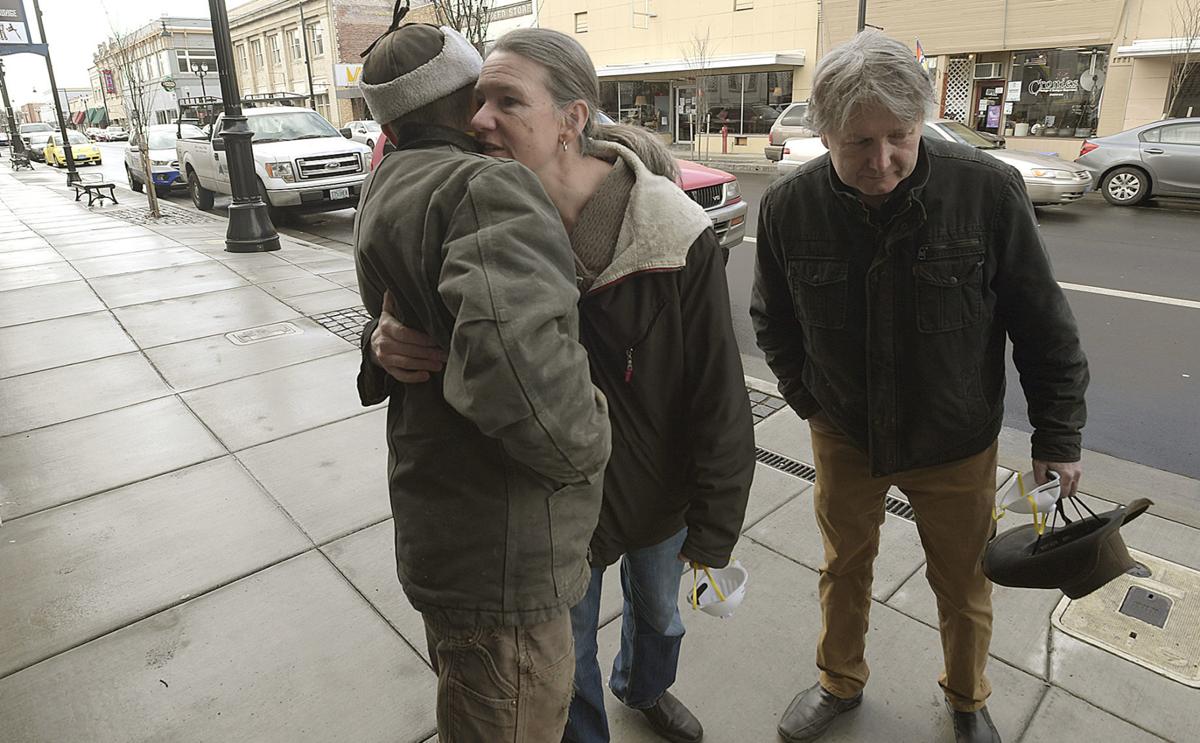 Karen Novak hugs Henry Ryals who will be rebuilding the floor with his father, architect Bill Ryals. 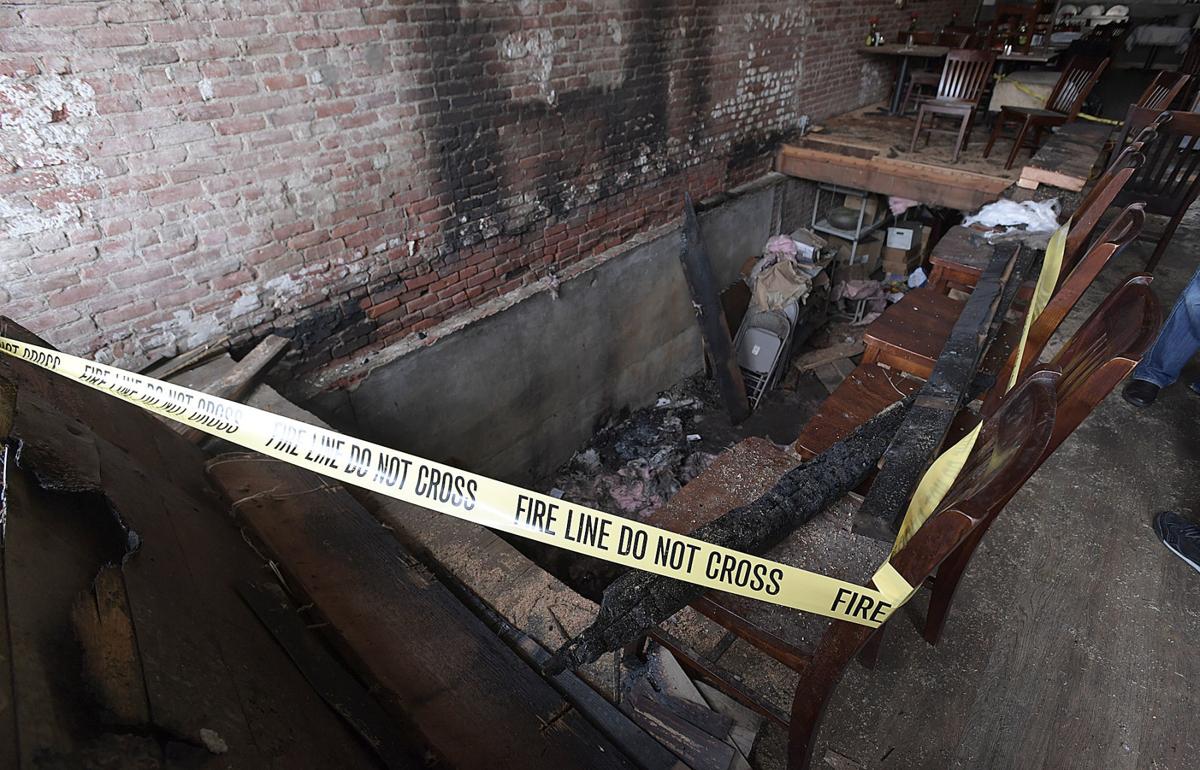 Firefighters had to cut out a portion of floor at Novak's Hungarian Restaurant to reach the fire. 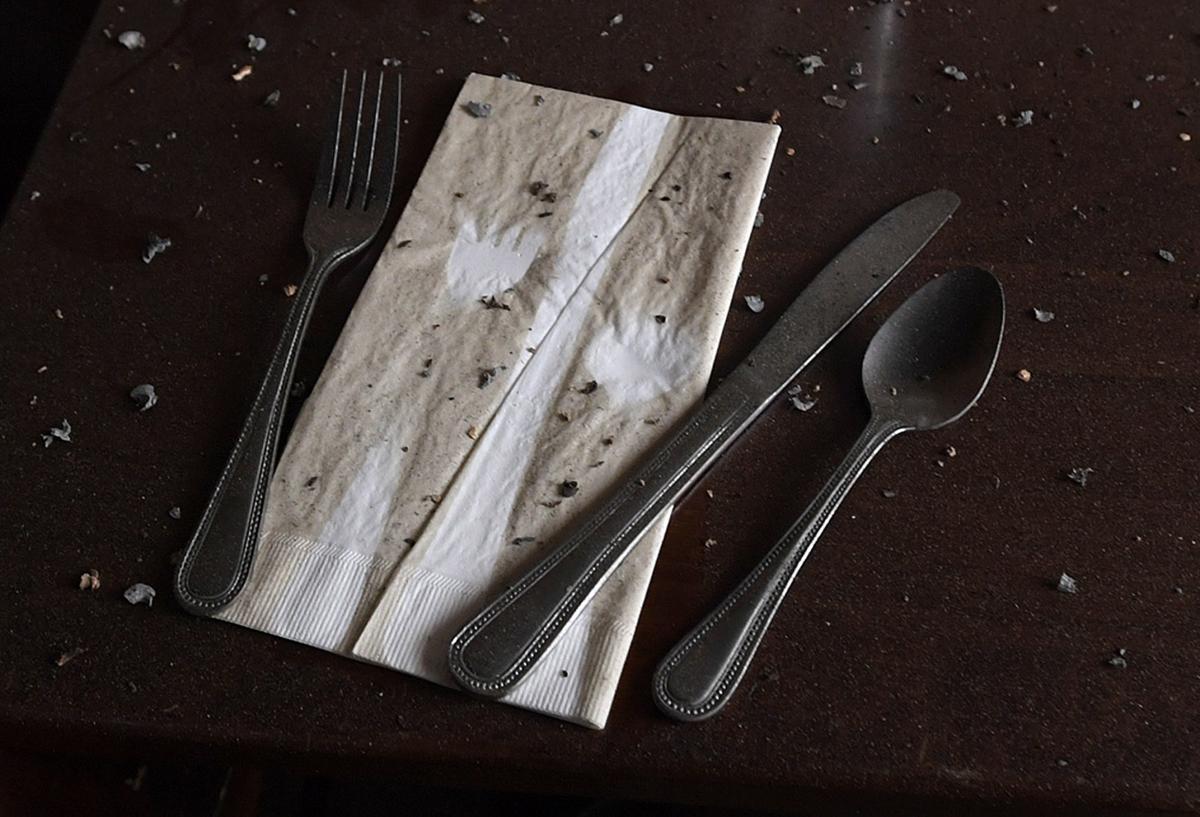 Smoke damage can be seen on a napkin and silverware setting on a table at Novak's Hungarian Restaurant. 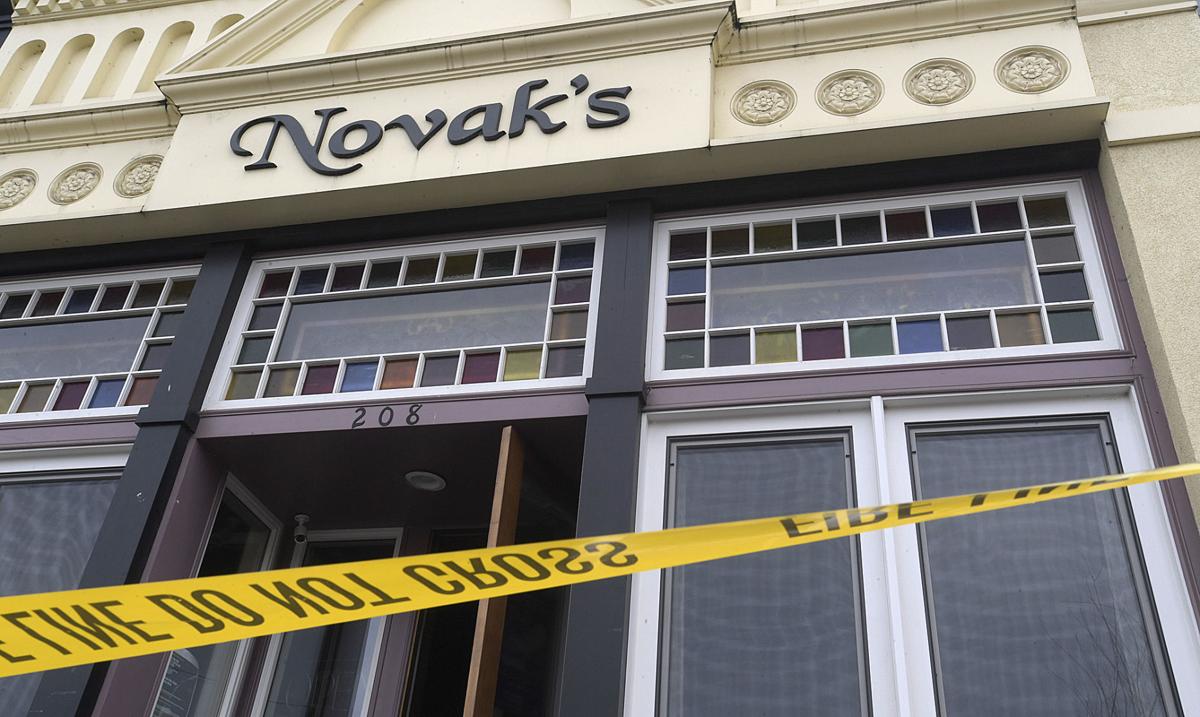 The timeline for reopening the popular Albany restaurant is uncertain.

No one wants to have a fire scorch their business or home, but in the aftermath of a Wednesday blaze that caused smoke damage to Novak’s Hungarian Restaurant in downtown Albany, owner Karen Novak feels blessed.

“I’m grateful for the amazing outpouring of support and concern from Albany folks, our restaurant friends,” Novak said.

“We have a lot of wonderful people in this town. At a sucky time like this, when things go crazy, it’s so great to have such concern. I’m very grateful to live in such an amazing city,” she added.

A benefit dinner, for Novak's workers who have lost their wages, is being planned by downtown restaurant Sybaris and the Albany Downtown Association. That's set for 5 p.m. March 10 at the Albany Senior Center.

Ticket to the Novak’s fundraiser dinner are on sale at www.albanydowntown.com/events.

There also have been numerous smaller acts of kindness, such as a tip jar for Novak’s at Margin Coffee, which is next door.

A 50th anniversary luau scheduled for this weekend has moved to Sybaris, and that restaurant’s owners, Matt and Janel Bennett, will let Novak’s use its kitchen, dining room, plates, spices and more.

Natural Sprinkles Co. is letting Novak use its kitchen to bake a rum cake for another anniversary event.

Meanwhile, the fire remains under investigation and the Oregon State Police arson unit is assisting the Albany Fire Department in determining a cause.

Novak’s continues to be closed as smoke damage impacted nearly everything in the entire restaurant, including food. Plus, there’s a 10-yard by 2-yard section of the dining room’s floor that was torn up by firefighters searching for the source of the heavy smoke.

“A chainsaw was not the sound that I wanted to hear within my restaurant,” Novak said.

She said it was too soon to know when her business might reopen.

“The good thing is it’s not going to be that tough to get you back up and going,” architect Bill Ryals told Novak on Thursday afternoon.

Workers with Summit Cleaning & Restoration, which is helping Novak’s, said eliminating the smoke smell will be trickier than any structural repairs, however.

Novak worried about the damage to family photographs and paintings on the wall, and those were given to Summit Cleaning & Restoration.

She discovered the fire at her restaurant when she came to open up shortly after 8 a.m. on Wednesday. Heavy smoke filled the interior of Novak’s, and she went inside for a few seconds, then ran out because she couldn’t breathe.

Firefighters also entered Margin Coffee to search for the source of the smoke, but, unlike Novak’s, that business reopened on Thursday.

Besides the Albany Fire Department, Corvallis, Tangent, Jefferson and Philomath firefighters helped at the scene, as authorities worried about any blaze spreading quickly due to downtown buildings sharing common walls.

Novak’s has been a fixture in Albany since Joe and Matilda Novak opened their first restaurant in 1984 on the Santiam Highway.

The two came to the United States after escaping from communist Hungary in 1957.

The family moved the restaurant into its downtown location in 2015 after 12 years near Heritage Mall, downsizing from 4,800 square feet to about 2,700 square feet.

The Novak family has volunteered in the community and been involved in philanthropy, such as free Thanksgiving meal that was served for decades.

Karen Novak said that the response to fire was similar to what happened in the aftermath of her father’s death.

Residents can also help before the Novak's fundraiser dinner by dropping off gift certificates from stores such as Fred Meyer and Safeway to help cover employees' basic needs immediately, such as food and gasoline.

These and other donations can be dropped off at the Albany Downtown Association from 8 a.m. to 5 p.m. Monday through Friday or by appointment.

WHAT: Benefit dinner for Novak's Hungarian Restaurant, sponsored by Sybaris and the Albany Downtown Association

Gallery: Novak's after the fire

Novak's set to reopen in downtown Albany in 'August-ish'

Novak’s Hungarian Restaurant has been closed since a Feb. 27 fire caused heavy smoke damage, but the Albany business is set to reopen in “Augu…

Karen Novak carries recipes out of her damaged restaurant. Other downtown businesses are helping Novak with scheduled weekend events and more. See more photos in our online gallery.

Karen Novak hugs Henry Ryals who will be rebuilding the floor with his father, architect Bill Ryals.

Firefighters had to cut out a portion of floor at Novak's Hungarian Restaurant to reach the fire.

Smoke damage can be seen on a napkin and silverware setting on a table at Novak's Hungarian Restaurant.

The timeline for reopening the popular Albany restaurant is uncertain.