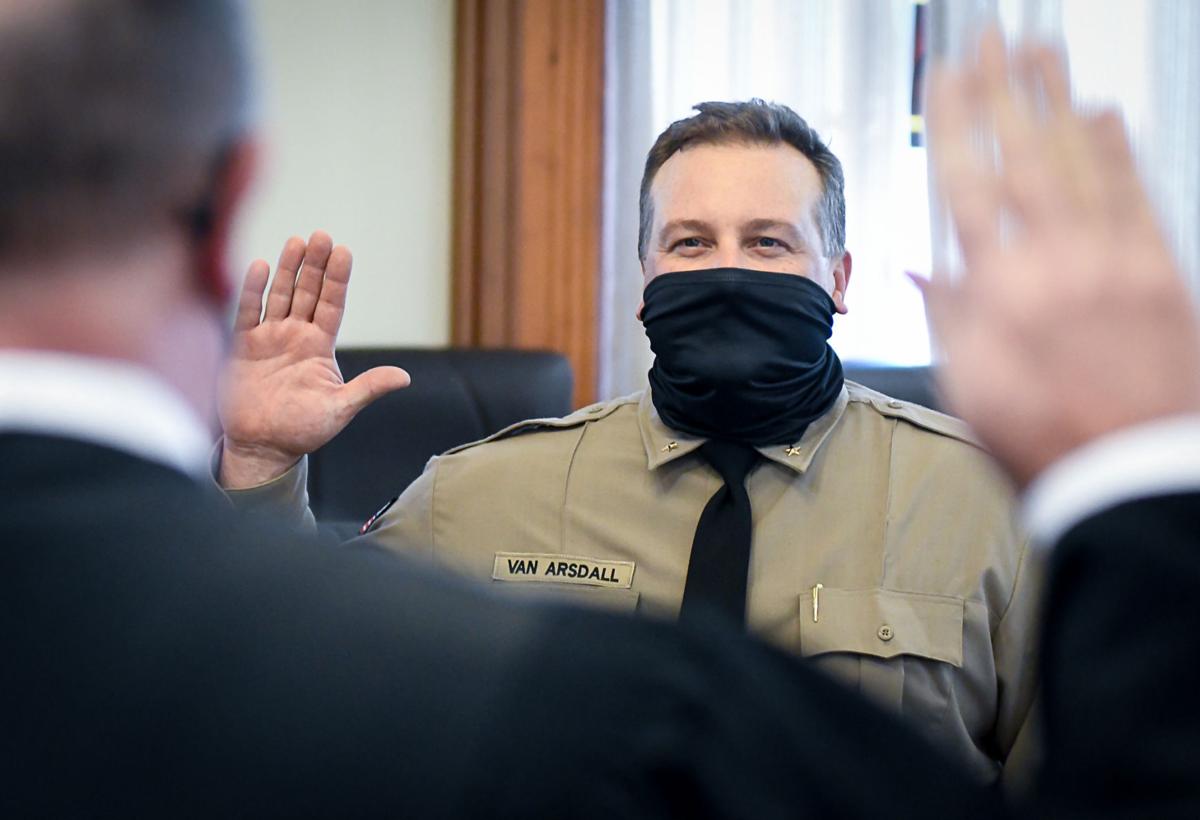 Benton County Sheriff Jefri Van Arsdall was sworn in by Circuit Court Judge Locke A. Williams on Monday morning at the Benton County Courthouse in Corvallis. 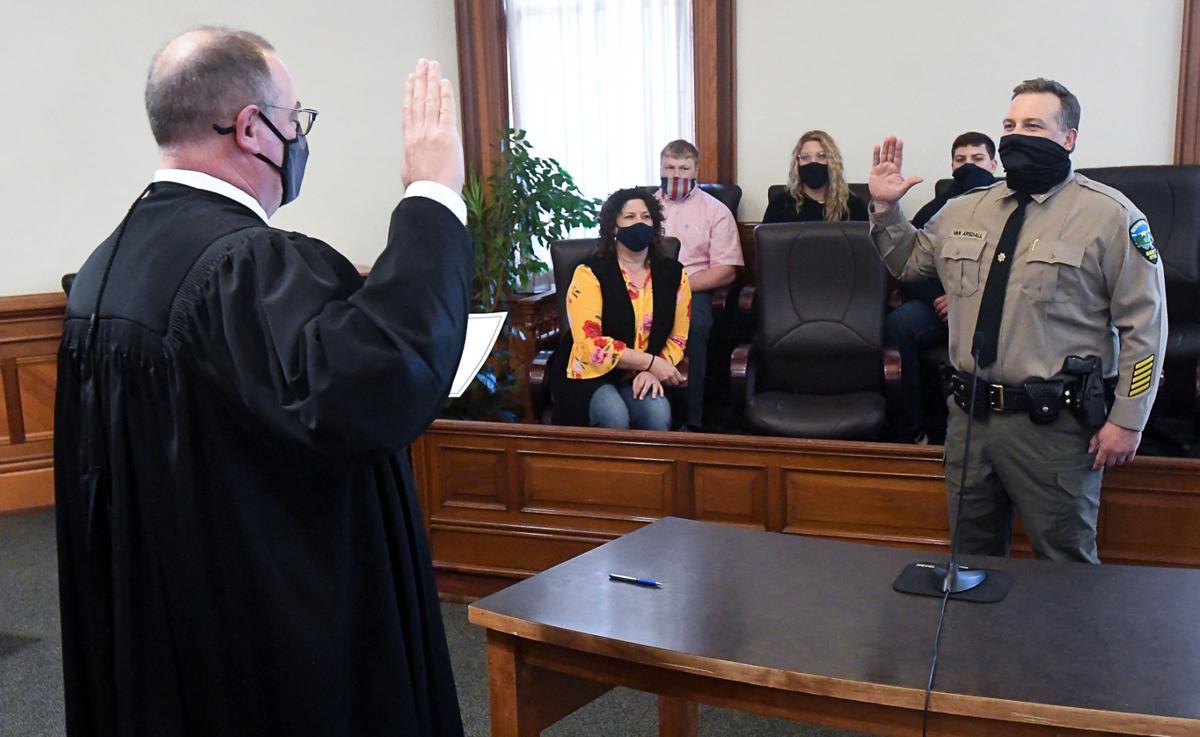 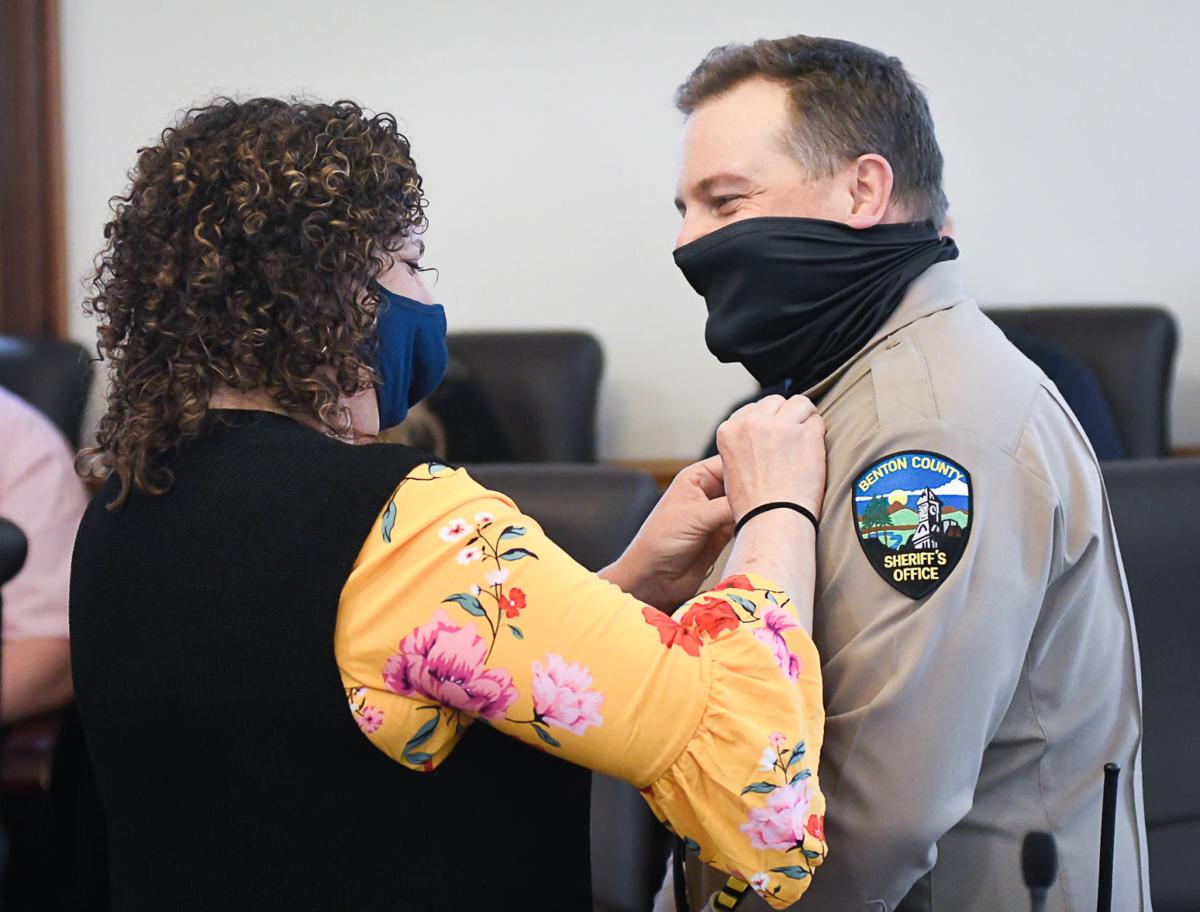 There’s a new sheriff in town.

Jefri Van Arsdall was sworn in as the interim sheriff of Benton County at the Benton County Circuit Courthouse on Monday morning. His wife, Raeann Van Arsdall, pinned his new badge to his chest after he took the oath of office.

Before making the move to Baker County, Van Arsdall worked his way up through the ranks in the Corvallis Police Department to become a patrol lieutenant. Van Arsdall was with the department from 1997 to 2015. He was a reserve deputy with the Washington County Sheriff’s Office prior to joining the force in Corvallis.

Van Arsdall becomes the first sheriff in at least 20 years to be selected from outside the current ranks of the Benton County Sheriff’s Office.

“(Van Arsdall) is a very accessible and approachable person, and his philosophy, based on his experience in community policing, is that law enforcement is there to serve the community it’s in,” Augerot told Mid-Valley Media in January.

Van Arsdall starts his new position at a salary of $126,970 a year, the same pay rate Jackson was earning. The sheriff's job will come up for election next year.

For the first time in at least two decades, it appears the Benton County Sheriff’s Office will be led by someone from outside the agency’s ranks.

Two finalists to be interviewed for Benton County sheriff

The two finalists to replace retiring Benton County Sheriff Scott Jackson will be interviewed for the job on Thursday, and the public will be …

Oregon recorded 441 new confirmed and presumptive cases of COVID-19, including 32 in the mid-valley, the Oregon Health Authority announced Wednesday.

Benton County Sheriff Jefri Van Arsdall was sworn in by Circuit Court Judge Locke A. Williams on Monday morning at the Benton County Courthouse in Corvallis.