Nearly 200 people took part in the Martin Luther King Jr. Peace March on the Oregon State University campus on Monday. See more photos of the march on the website. 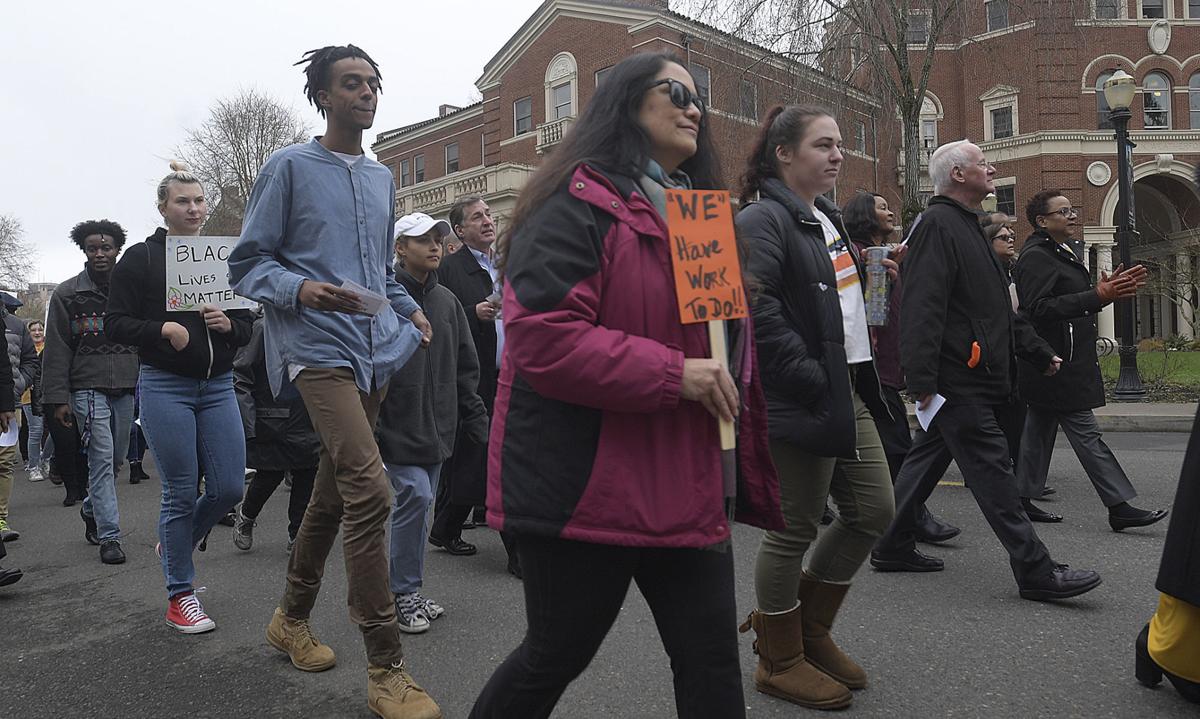 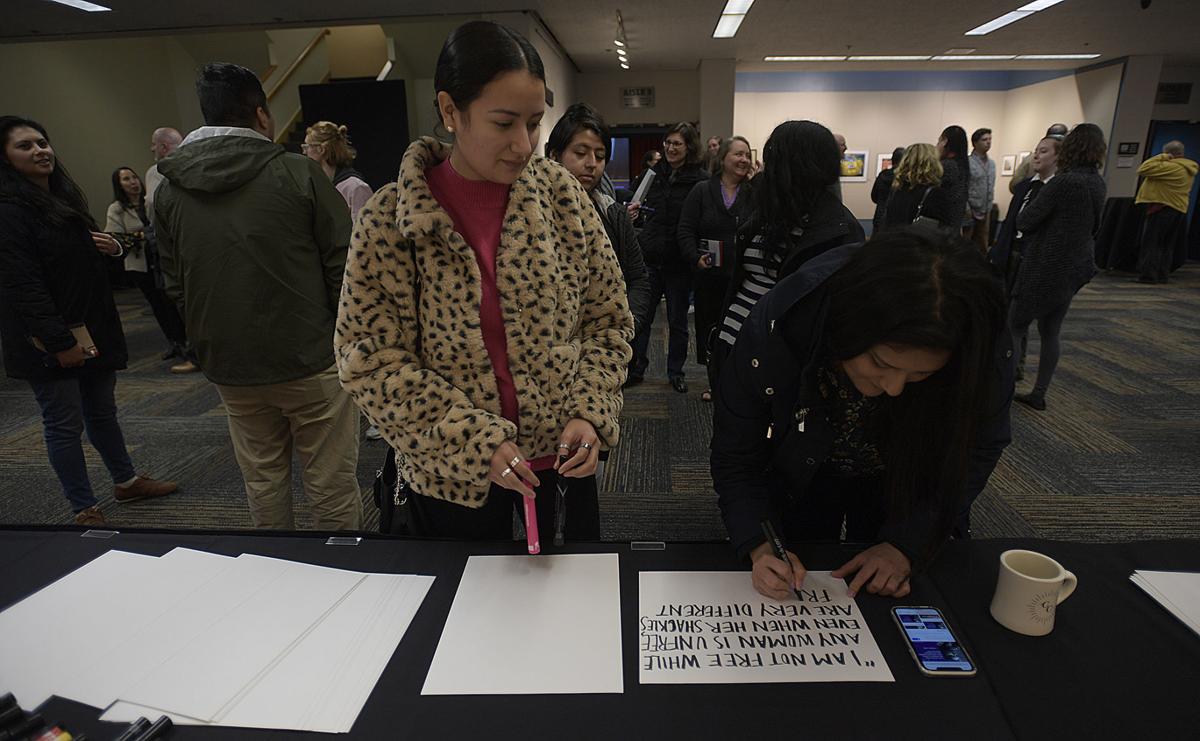 It could have been a scene from a 1960s civil rights demonstration: nearly 200 people marching across the Oregon State University campus carrying signs calling for racial equality and singing “We Shall Overcome.”

But as the participants in Monday’s Martin Luther King Jr. Peace March at OSU made clear, many of the injustices that drove King and his fellow activists to protest in the ’60s are still with us today, more than half a century later.

Willis joined President Ed Ray, other top university administrators and local NAACP leaders in the vanguard of the march, which traveled through the heart of campus and looped past the Lonnie B. Harris Black Cultural Center to the Memorial Union.

Several speakers addressed the assembled marchers from the Memorial Union steps, and their comments underscored the fact that the battle for equality still rages today.

Student leader Logan Quinn contrasted the aspirational rhetoric of King’s 1963 “I Have a Dream” speech with the fiery denunciation of continuing inequality of “The Other America,” a speech he delivered several years later. It’s the second speech, she suggested, that should guide today’s activists on the ongoing fight against racism.

“We’ve all been taught the ‘I Have a Dream’ Martin Luther King,” she said. “Dr. King’s legacy to me is about being committed to justice rather than order.”

Ida Phillips, who chairs the membership committee for the local NAACP chapter, said the organization’s president gets phone calls on a daily basis from parent and school administrators about “children being called the N-word like it’s their name” and urged the people who took part in the march to do something about it.

Albany City Councilor Alex Johnson II talked about his own experience with contemporary racism – and how he works to overcome it.

Johnson, an insurance broker, recalled a sales call in which a prospective customer turned him down by saying, “Sorry, I don’t do business with black people” – only she used the N-word rather than saying “black people.”

Rather than reacting with anger, Johnson said, he made a joke and urged the woman to check his references. Eventually, he said, she became a customer.

“She learned from me that I am more than my color,” he said.

OSU’s Martin Luther King Jr. celebration began Saturday with a day of service in which 220 volunteers put in 680 hours of work on 17 community projects. Events continue throughout the week, culminating in a free public lecture at 5 p.m. Friday at LaSells Stewart center by rapper, community organizer and filmmaker Boots Riley, director of the pro-labor feature film “Sorry to Bother You.”

A full schedule of events is available online at diversity.oregonstate.edu/mlk.

Editorial: There's still much to overcome in the mid-valley

Martin Luther King Jr. Day was celebrated on Monday, with local observances including a march in Corvallis at Oregon State University that dre…

Nearly 200 people took part in the Martin Luther King Jr. Peace March on the Oregon State University campus on Monday. See more photos of the march on the website.