Titans vs. Chiefs: Follow updates from the AFC Championship game

Lorraine R. Ebinger, 76, died in Lebanon on Tuesday, November 12. Please leave your condolences for the family at www.hustonjost.com.

Gary W. Farmer, formerly of Lebanon, died in Sacramento, California, in October 2019. No services will be held as per his wishes. His ashes will be scattered along the American River in Sacramento.

Cheryl Lea Laswell, 64, died on Wednesday, November 13, in Albany. Please leave your condolences for the family at www.hustonjost.com.

David Sturner died October 14, 2019. A celebration of life will be held at 5 p.m. on Monday, November 18, at the CH2MHill Alumni Center. All those who knew Dave are welcome. Please leave condolences for the family at www.mchenryfuneralhome.com. 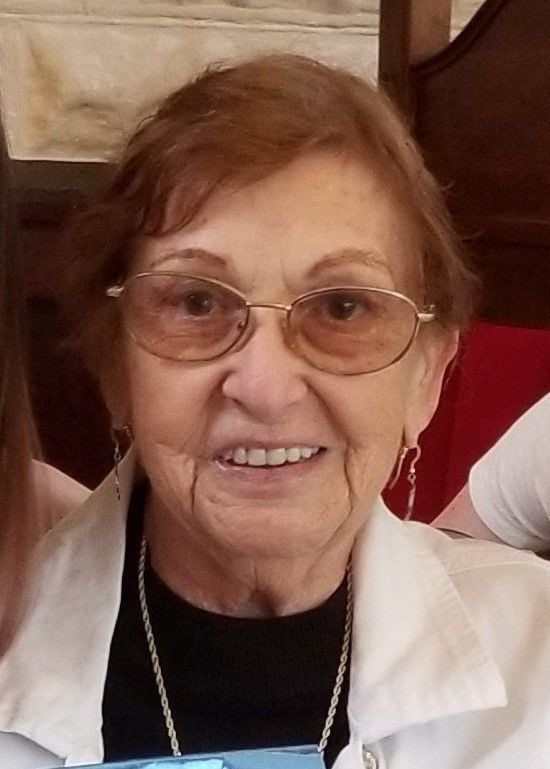 Eloise and her siblings grew up in the woods outside of Philomath, learning to fish and hunt as a way of survival and as sport in later years. The Depression era was a hard time to grow up; but they always had food on their table and helped their father in the woods by logging. Having a large extended family with aunts and uncles, they learned to horseback ride, dance and have fun. Eloise stayed with many of her aunts, uncles and grandparents and had many fond memories of this. In her later years, she took care of some of her cousins and enjoyed those times.

Eloise married Ray Walter Kisor in Stevenson, Washington on February 7, 1948 and they had five children, Judy Rae Kisor, Dallas Floyd Kisor, Vicky Lynne Kisor, Robin Faye Kisor and Tina Ramona Kisor. From this union, her life legacy is the following grandchildren, Jeffrey Ray Kizer, Holly Rae Kisor Leonard, Marylee Kizer Kane, Heather Kisor, Jordan Justen, Janelle Justen Savage, Gregory Ray Kisor, Raylene IdaRose Kisor, great-grandchildren Savannah Justen, Gabriella Justen, Joseph Kizer, Melissa Kane, Debra Kane and Daniel Kane, Zephan Kizer Love, Trystan Kizer, Caleb Kizer, Kisor Savage, Tyce Allan Kidwell, Presley Savage, Malachi Savage and Gerrell Figg. Her final legacy is a great-great-grandchild, Ethan Anorok of Anchorage, Alaska. She was fortunate to spend time with her grandchildren and great-grandchildren. She was insistent on paying them for helping her walk the dogs, etc., but always with saying, “one half for your pocket and one half for your college savings.” She believed in education and one of her misgivings was she would have loved to be a teacher; but lived in times when most women married and raised children.

Her son Dallas predeceased her in death in February 2019.

She was an incredible cook and many of her life memories were recounted with the food memories related to events etc. She could sew, hunt, fish and had a passionate love of dolls and restoration of them. She collected memorabilia and was always intrigued with clothes and fashion. She never went to the store without full make-up and jewelry on.

Her children were quick to tease that she loved her dogs more than us, but she loved raising and caring for them and, in her later years, they were her constant companions. She was a Christian and loved recounting passages she read in the Bible. Her favorite singing artist was Daniel O’Conner and his Christian songs.

The union between Eloise and Ray ended in the 1960s and she later married Otto Ingram from Albany. Some of her best memories were of living in Washington with Otto and near some of her family that had relocated there.

That union was not to last and Eloise enjoyed her last relationship with companion, Joseph Standard. She loved to travel during these times. She often told us in these past few months, she had a good life and had done all she wanted to do. She passed peacefully and quietly on November 5, 2019.

Funeral services will begin at 11 a.m. on Friday, November 15, in the Grand Ronde Tribal Cemetery Sanctuary, followed by remembrance gathering at Elder center.

The Dallas Mortuary Tribute Center is caring for the family.

To leave a message or memory for the family please go to www.dallastribute.com.

Super Sunday -- Test yourself with our Big Game Trivia Quiz!

Get exclusive local and national political news in your inbox.