Edward Eugene Bennett, 75, of Mt. Vernon, Oregon passed away on Thursday, January 9, 2020 in John Day, Oregon. The family is planning a funeral service in the near future at McHenry Funeral Home. Please leave condolence messages for the family at www.mchenryfuneralhome.com.

James Paul Garron-Rodgers, 63, passed away on Friday, January 10, 2020 in Lebanon. Please leave condolences for the family at www.hustonjost.com.

Alberta Power, 88 of Lebanon, passed away Saturday, at her residence.  AAsum-Dufour Funeral Home is handling the arrangements. (www.aasum-dufour.com)

Donald Thomas Hostetler, 89, passed away on Monday, January 13, in Lebanon. For service information and to leave condolences for his family please visit www.hustonjost.com.

Edna Christensen, 93, A funeral service was held at 1:00 p.m. Monday January 13th at the Church of Jesus Christ of Latter-day Saints in Lebanon, Oregon.  Final burial will take place at 1:00 p.m. Tuesday January 14th at City View Cemetery in Salem, OR. Sweet Home Funeral Chapel is handling the arrangements. www.sweethomefuneral.com

David Keith Jensen, 76, of Lebanon died Thursday, January 9, 2020.  A service will be held Wednesday, January 15 at 2:00 p.m. at Huston Jost Funeral Home, 86 W Grant St. in Lebanon. There will be a gathering after the service at Santiam Place.  Private burial will be held at Mountain Home Cemetery, Sweet Home.  Huston Jost Funeral Home is handling arrangements. www.hustonjost.com. 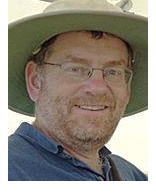 Chad Elliott Finn passed away December 17th, 2019 while vacationing in Hawaii. He is survived by his wife Barb Fick, his sons Elliott Finn (fiancé Clara Thomann) and Ian Finn, and siblings Dan Finn (Georgana), Mark Finn (Anne), Beth Madden (Greg) and Bart Finn (Marcy). Chad was born in Indiana, and grew up in Maryland. He received his BS in Horticulture from Purdue University, and his Masters and PhD in Horticulture from University of Minnesota, where his met his bride of 32 years. His professional career included work at the University of Missouri and 26 years with the USDA/ARS as a Research Geneticist in Corvallis.

He was a prolific berry breeder who collaborated with others throughout the world to release 51 berry cultivars and was recognized as a leading international authority in small fruit crops research. Colleagues say he led what was probably the most diverse berry breeding program in the world, developing several varieties that have become industry standards.

When he was not taking care of his berries, Chad was well known for his tie-dye shirts and year round shorts, coupled with tight bear hugs and hearty laughs. He was a collector of friends, developing lifelong relationships with people from around the world. He was also an adventurous cook, who loved to entertain friends and colleagues from near and far. He loved the outdoors, spending as much time as possible hiking, skiing, and camping, especially in the Northwest and Utah.

Most of all he was dedicated to his family. He loved Barb, going to any length to get her to laugh, and his children — whom he coached in every sport, explored countless canyons with, and took every opportunity to be around.

A scholarship to benefit future horticulture students will be established in his name, at a future date. In the meantime, in lieu of flowers, the family asks that memorial gifts be sent to the OSU Foundation Memorial Fund, 4238 SW Research Way, Corvallis, OR 97333, or made online at osufoundation.org. Please note “in memory of Chad Finn” on the memo line or the online form. Funds will be used to support scholarships for student travel, plant breeding, and OSU women’s basketball.

Please include your mailing address and email, so that we can share with you the details of this Scholarship when it is finalized. 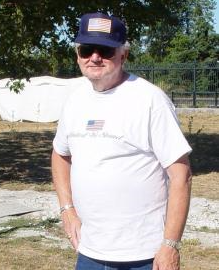 Wilfred Clayton “Clay” Barnts was born on January 6th, 1942 to Earl and Alta Barnts in Eugene, Oregon. He passed peacefully on his 78th birthday at Evergreen Hospice House in Albany, Oregon.

He was preceded in death by his loving wife, Pat of 55 years and his faithful and beloved friend, Sir Dandy Dawg. He is survived by his sisters, Linda Hagar and Georgia Trusty of Oregon; his three children; Debbie Brewer, Scott Barnts, and Becky Dorland; his twelve grandchildren, Josh, Jared, Jenny, Tyler, Carisse, Cory, Ashley, Janette, Jeremy, Trisha, Shadow, and Angel, his great grandchildren, Caroline, Izzy, Lincoln, Enan, and one on the way, along with many nieces and nephews.

In 1960, Clay graduated from Monroe High School and joined the U.S. Army, becoming a Finance NCO. On September 6th of that year, he married his high school sweetheart Patricia Russell in Monroe, Oregon. While in the Army, Clay served tours in Germany and Vietnam. After being honorable discharged from the US Army, Clay and Pat returned to the Monroe area where Clay worked a variety of jobs, eventually ending up working for Wah Chang in Millersburg, Oregon. After 38 years of service, Clay retired from Wah Chang.

Clay had many interests and hobbies. He loved spending time with his family. He enjoyed being outdoors and spent many hours hunting and fishing. He enjoyed listening to his music and watching a good movie and had a large collection of both. Clay and Pat were longtime members of the Lancaster Church of Christ near Junction City.

During the past four years Clay lived in the Oregon Veterans Home in Lebanon, Oregon, where he made many friends and found a second family. Clay was loved by many and will be missed by all.

In lieu of flowers the family has requested that donations be made to the Oregon Veterans Home at 600 North Fifth Street, Lebanon Oregon.

Arrangements entrusted to Musgrove Family Mortuary. Please access the obituary and you are invited to sign the guestbook at musgroves.com

Carol Warden passed away on January 1, 2020 in Portland. She was born to James and Elva (Richardson) Isom in Olympia, Washington, on March 14, 1947. She was raised in early years in Cascade, Idaho. The family moved back to Halsey Oregon to the home her Father was born in 1962. She attended Central Linn High School and graduated in 1966, and then attended Merritt Davis Business School in Portland.

On December 3, 1967 she married Dean Warden in Harrisburg, Oregon. She followed him to Bremerton Washington while he was in the Navy. In 1975 they moved to the Seattle area where he was stationed. In December of 1990 she moved back to Halsey from Renton, Washington after Dean’s retirement from the Navy.

She is survived by her Husband of 52 years; son Brian of Halsey; Daughter Erin Rightbower and husband Jason of Glendale, Oregon; Grandsons Josh and Matthew Warden of Salem Oregon; Tyler, Danielle, and Jakob Rightbower.

Carol was preceded in death by her parents and her in laws, Carl and Lena Warden.

Donations may be made in Carol’s honor to Halsey-Shedd Rural Fire Department. Arrangements were made through Fisher Funeral Home. Condolences may be posted at www.fisherfuneralhome.com

Super Sunday -- Test yourself with our Big Game Trivia Quiz!

Get exclusive local and national political news in your inbox.