Coronavirus in brief: Death rate lower than first thought, plus more of the morning's pandemic news

Leonard R. Zucker, 73, passed away on Wednesday, March 25, 2020 in Scio. Please leave condolences for the family at www.hustonjost.com. 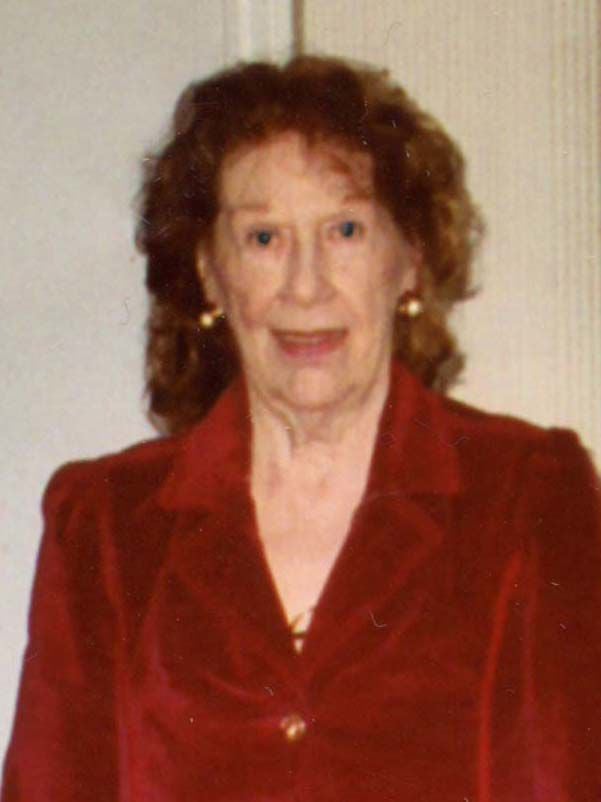 Geraldine “Gary Anne” Groshong Smith, 91, of Sweet Home, passed away March 12, 2020, at her longtime home in Holley, Oregon as she had always planned. She was born December 14, 1928 to Andy and Mable (Talkington) Potts in Portland, Oregon. Her mother married Wayne Groshong when she was 1 1/2 years old and he proudly adopted her into his family. She was joined by sister, Yvonne, and brother, Wayne Jr.

She was bright, vivacious, and one might say a little set on getting her own way. She held a variety of jobs until she became a volunteer and later an employee of Twin Rivers Alcohol and Drug Rehabilitation Center. This program was so successful that it was later absorbed by the county and then state. She was the manager of the Sweet Home branch as well as a counselor at the time of her retirement in 1995. She made many life-long friends among the staff there.

She was married to Jimmy Barton and they were blessed with her only child, a son named Jay Barton. She later married John A. Smith and they were together for about 50 years. John had been a loving caregiver to her during her declining health issues.

Her true passion was her family. She first embraced Jay’s wife, Josie, and then their three children, Nicole, Wesley and Sam. Anyone who visited was regaled with how intelligent, talented and good looking they were, complete with the latest photographs. When Wesley and Kaitlin had great-grandbaby Haylen, their delight was shared by Gary and John. Nicole’s marriage to Tre Jenkins also brought her great joy and their visit out here to see her last year brought her so much happiness and bragging rights.

She is survived by loving husband, John, son Jay Barton and his wife Josie, her three grandchildren, Nicole (Tre) Jenkins, Wesley Barton and Sam Barton, and great-granddaughter Haylen Barton. She also has loved nieces and nephews. She was preceded in death by parents Mable and Wayne Groshong, brother Wayne Groshong Jr., and sister and brother-in-law, Yvonne and Mike Frachiseur.

She was devoted to her family, loved by so many friends through the years, and will be missed by all who came in contact with her warm personality, helpful nature, sound advice and wry sense of humor.

Private family services are slated. It is hoped to have a Celebration of Life service for all her other family and friends at a date to be later determined. Internment took place at Union Cemetery in Crawfordsville. Sweet Home Funeral Chapel is handling arrangements. www.sweethomefuneral.com 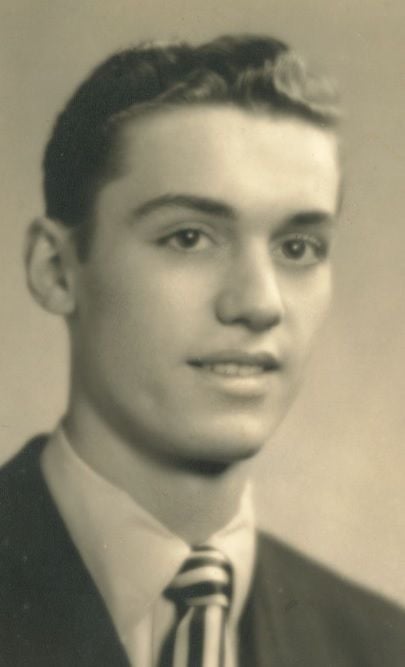 Don Baumgartner (August 16, 1933) passed away on March 7, 2020 in Corvallis, surrounded by his family, after a long battle with Alzheimer’s dementia.

Don will be remembered for his fierce independence, his discipline and work ethic, his intelligence, his love of family and babies - he really liked babies. A scientist by training, he was a renaissance man with myriad interests. He loved singing love songs and singing at church, was a graceful dancer, especially with a grandbaby on his toes, and a phenomenal, albeit messy cook. In the early 1970s, Don pioneered recycling and composting before it was in vogue – forcing his children to collect, sort, and deliver materials to the local recycling center and composting biodegradable materials in their backyard.

He was always very active and competitive. In his youth he earned “golden gloves” awards for boxing and was a champion “barrel jumper” in ice skating. Later in life he embraced running and finished several road races, including marathons. Until arthritis and age overcame him, he played to win, whether hardball (he played into his 60’s), basketball, softball (where he played in the Sr. World Series) and tennis.

Don had a varied, well-traveled, and successful academic and professional career as an environmental engineer well-before that phrase was ever used. He earned engineering degrees from University of Illinois (BS), MIT (MS), and from Oregon State (Ph.D.). Along the way, he and Terry had six children and the family lived in Washington D.C., Boston, Cincinnati (twice), Fairbanks, Corvallis, Newport and Tucson.

Don went to work for the EPA, where he served as the Chief of Coastal Pollution Research for the PNW branch at laboratories in Corvallis and Newport. Don won awards for his relentless efforts to control pollution in US waters, including the EPA Bronze Medal in 1975 for his work on Lake Superior; the EPA Silver Medal in 1983 for his work on ocean discharge regulations; the EPA Special Achievement Award, twice, in 1986 and 1987; and in 1989 the EPA Gold Medal for Distinguished Service. Don retired from the EPA in 1989 and continued his professional and academic journey at the University of Arizona’s Environmental Research Laboratory, where he served as its director until he retired in 2003.

Don and Terry remained in Arizona following his retirement from U of A and took epic adventures to Greece, Italy and Paris and they joyfully welcomed their grandchildren. When breast cancer weakened her, he personally cared for her every need until her death in 2006.

His spirt was lifted when he connected with a life-long family friend. In 2008 he married Kay Dostal. Don and Kay had great fun – they traveled, rode bikes and enjoyed their time together. As illness overtook Don, Kay was his tireless, loving, supporting partner and companion for the rest of his life. Kay provided extraordinary care and comfort to Don as the ravages of dementia stole more of him every day. Even in the fog of Alzheimer’s, his eyes would twinkle and his face would light up when he saw Kay. The family is eternally grateful for Kay.

Don’s time in Alaska ignited a life-long passion for hunting, fishing, camping and all things outdoors, which defined much of the Baumgartner family for years to come. A 1959 camping and fishing trip Don took on the NakNek river near King Salmon, Alaska came full circle 40 years later when son Tom asked Don to partner in the ownership of a fishing lodge on that river. Don was hooked, accepted, and to this day Tom still runs the lodge, where son Don Jr. also guides, and several family members have visited there to continue the family’s travel and outdoor legacy.

Don believed he could fix most things, and regardless, tried to fix everything, often using found objects or materials scavenged from obsolete equipment. This resulted in an array of household items with mismatched pieces, bolted-on appendages, and frying pans, lunch pails or carving knives with handles made from driftwood, rope or other items. His workshop was a never-ending portfolio of projects in various stages of completion.

As a result of the coronavirus, and recognizing Don’s interest in public health, no memorial service is currently scheduled. Those who wish to be informed if a service is schedule may request information from JulieAnnBrandis@gmail.com. Remembrances or notes may be sent to the family c/o 521 NW 35th St. Corvallis, OR 97330. 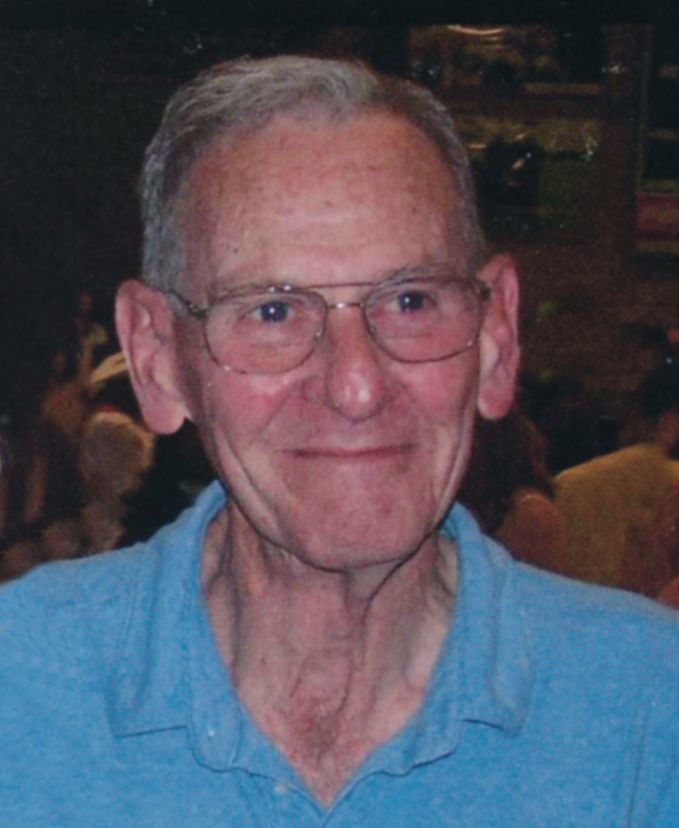 Rex grew up in South Dakota, moving to Albany, Oregon during WWII. He married Tena Mallow in 1954. He served in the US Army and graduated Bradley University School of Horology. He was hired as a Watchmaker for Jorgensen’s Jewelry in Sheridan, Wyoming.

Rex opened Hanes Jewelry on Sheridan's Main Street in 1960. His mother, father, brother and his bride “all were employees.” Later he opened Gillette Jewelry and Newsstand with his brother Edwin Hanes; their father enjoyed the newsstand cigars. Raising his family, Rex did wholesale watch repair for the U.S. Veterans Hospitals, Gibson-Pamida stores and over 100 private stores.

Rex and Tena and family were residents of the Big Horn Wyoming community for over 40 years.

Rex also owned and operated Little Goose Can Co. and Big John Toilet Co. with his son Reese. Before retiring Rex worked as a heavy equipment operator for Paul Garber. He saw a lot of winters in Wickenburg, Arizona.

Rex was preceded in death by his parents and brothers Gordon, Edwin and Norman. He is survived by his wife of 66 years, Tena Mallow Hanes, sister Maxine Kirschenmann, son Reese Hanes and granddaughter Samantha Hanes, daughter Rita LaForge, along with nieces and a nephew.

His family wants to thank Westview for their care of Rex and kindness to Tena.

Services will not be held at this time. A reception will be held at a future time when friends and family can once again come together.

Online condolences may be written at www.kanefuneral.com. Kane Funeral Home has been entrusted with local arrangements.

Membership management made easy: Check out our NEW members center!