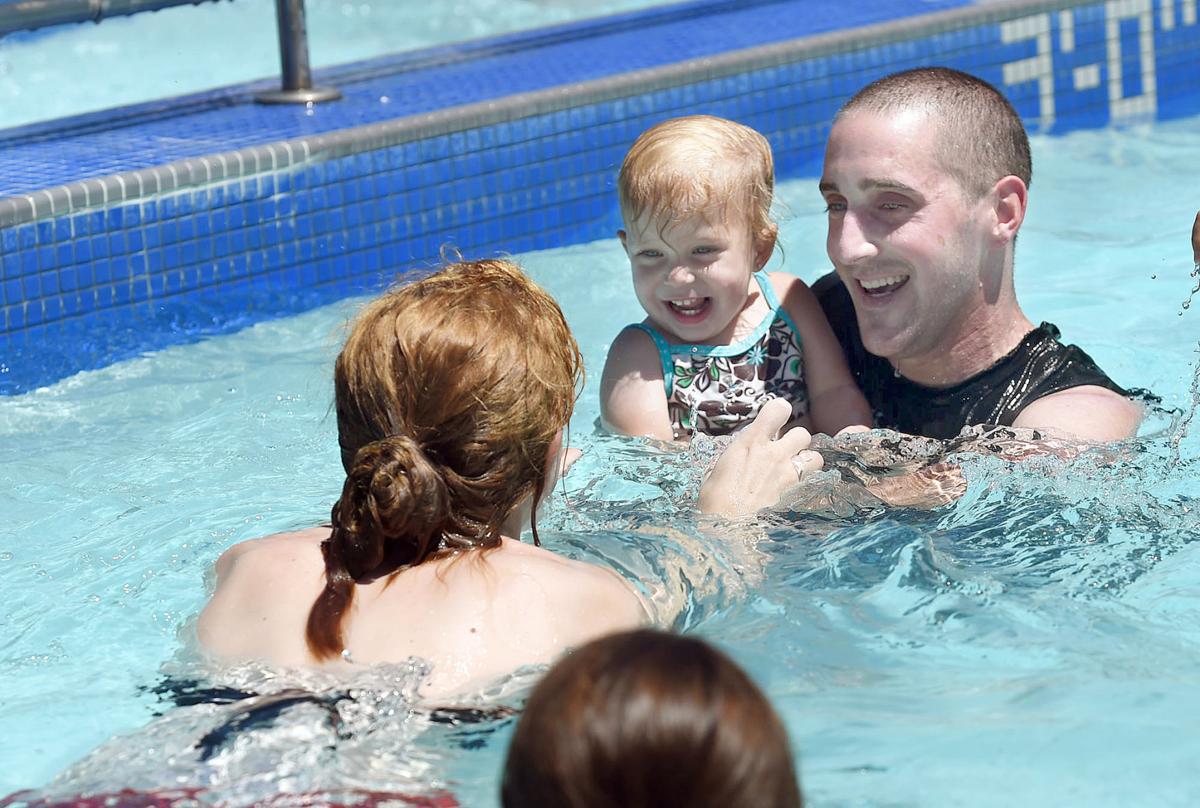 Jesse and Ashley Smith play with daughter Elizzybeth, 1, in the the Cool! Pool river section. 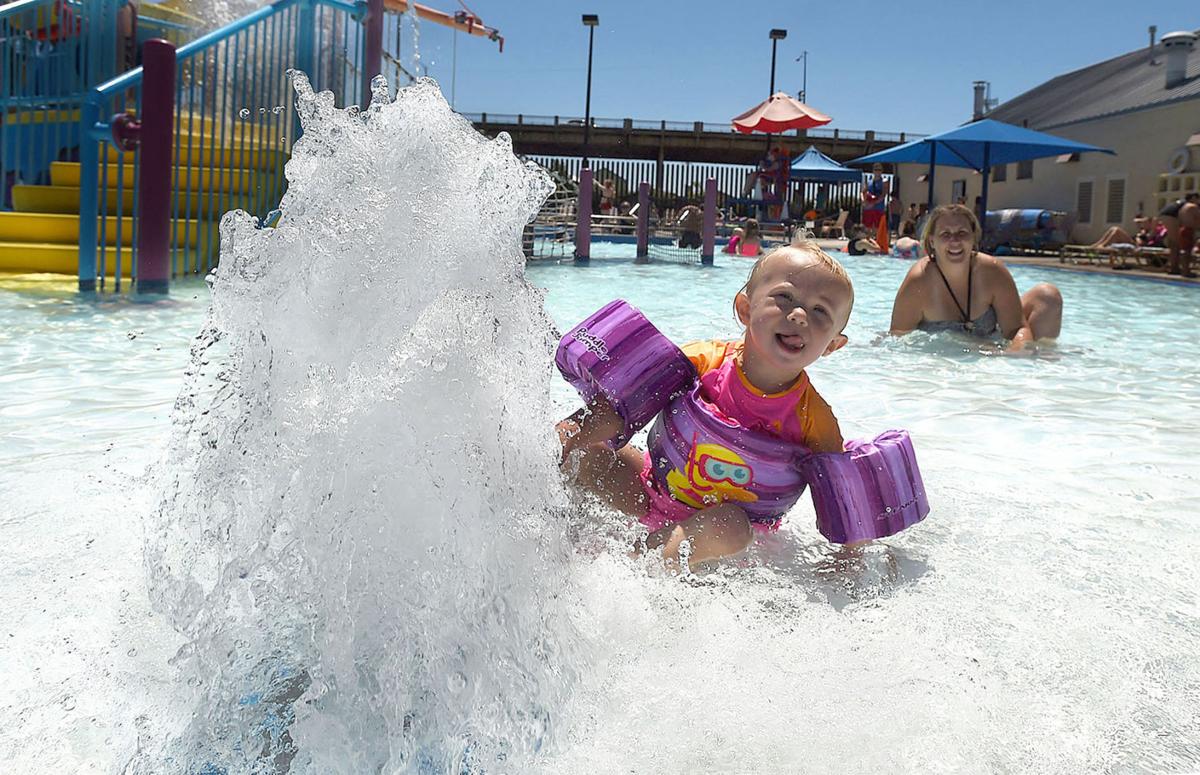 Finley Wilcox, 20 months, edges toward a fountain while her mother, Jessi, watches. 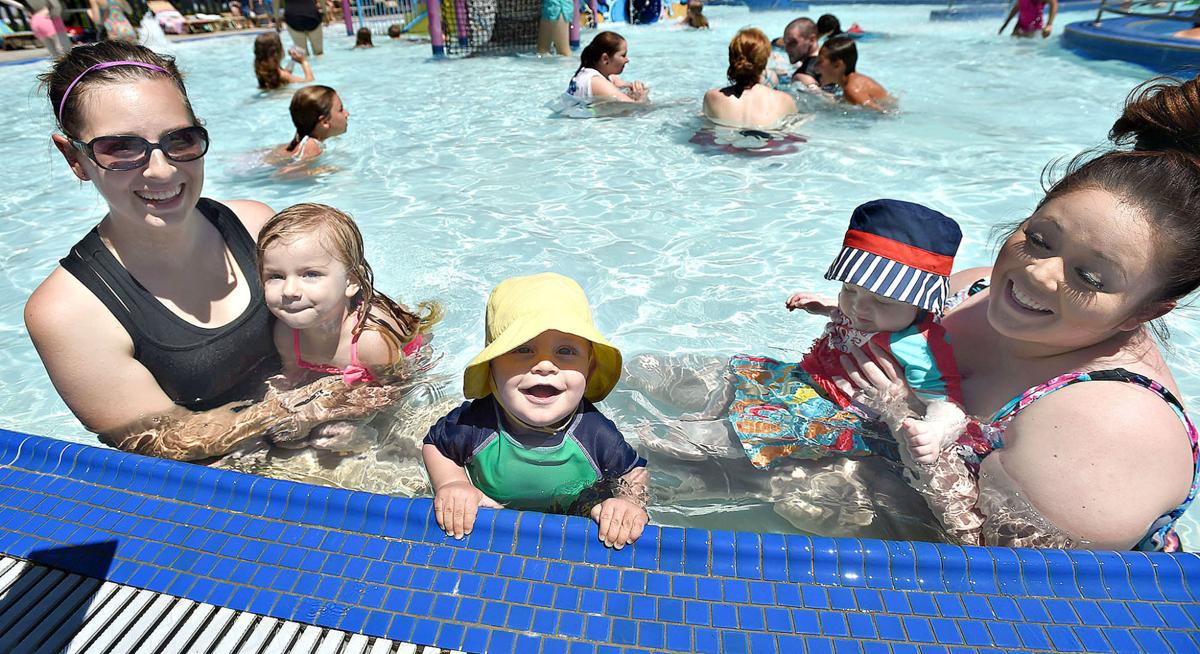 Admission prices have edged up slightly at Albany’s two city pools, but scholarships are still available for low-income families whose children want to come swim.

Daily admission has moved up 25 cents, to $3.50, at the Cool! Pool at Swanson Park and to $3.25 at the Albany Community Pool adjacent to South Albany High School.

However, an anonymous donor has been privately paying into a scholarship fund at the City of Albany's Parks & Recreation Department for several years, city staff said. The money helps subsidize punch cards for families who may not otherwise be able to pay for pool admission.

"We use that money essentially to buy down the cost of that experience for people who can't afford it," said Ed Hodney, Parks & Rec director.

While it doesn't use a donor fund, the city itself makes similar need-based scholarships available for all Parks & Rec activities, he added. "The key is, we don't want kids to have to sit on the sidelines while their friends are participating, particularly during the summer months. We are happy to help address that need."

Pool punch cards can be used at either site. They are available for the subsidized price only at City Hall’s Parks & Recreation counter, 333 Broadalbin S.W., and only for children up to age 17.

Once need has been established, a family can purchase a 10-visit punch card for $10. Cards regularly cost $31.50.

Linda Booth, the clerk at the Parks & Rec counter, said many families use the scholarship each summer. Lately, she said, the department has fielded 10 to 15 requests per day.

Once the card is used, a family can come back for another one, but only as long as the donations last, she added.

Aquatics Program Leader Scott Jackson said crowds haven’t been heavy at Cool! Pool lately, despite the near-triple-digit temperatures, but that revenue is up because more people have been buying family passes.

The heat is driving some to make regular visits, however. Jessi Wilcox of Albany, who came to play last week with daughter Finley, 20 months, said she's been five times since opening day on June 14.

Stephanie Cox, who brought daughter Grace, 3 1/2, and son Ryan, 8 months, said she hopes to make regular swimming a tradition for her family.

"When I was little, Mom took us to the pool everyday, all summer," she said.

None of the families the Democrat-Herald spoke to last week were aware of the scholarship, but all said they thought it was a good opportunity.

"At least they're offering things for young kids," Wilcox said.

Jackson said the city has been delighted to share the donor's gift.

A Lebanon man was accused on Monday afternoon of sexually abusing two girls.

Jesse and Ashley Smith play with daughter Elizzybeth, 1, in the the Cool! Pool river section.

Finley Wilcox, 20 months, edges toward a fountain while her mother, Jessi, watches.