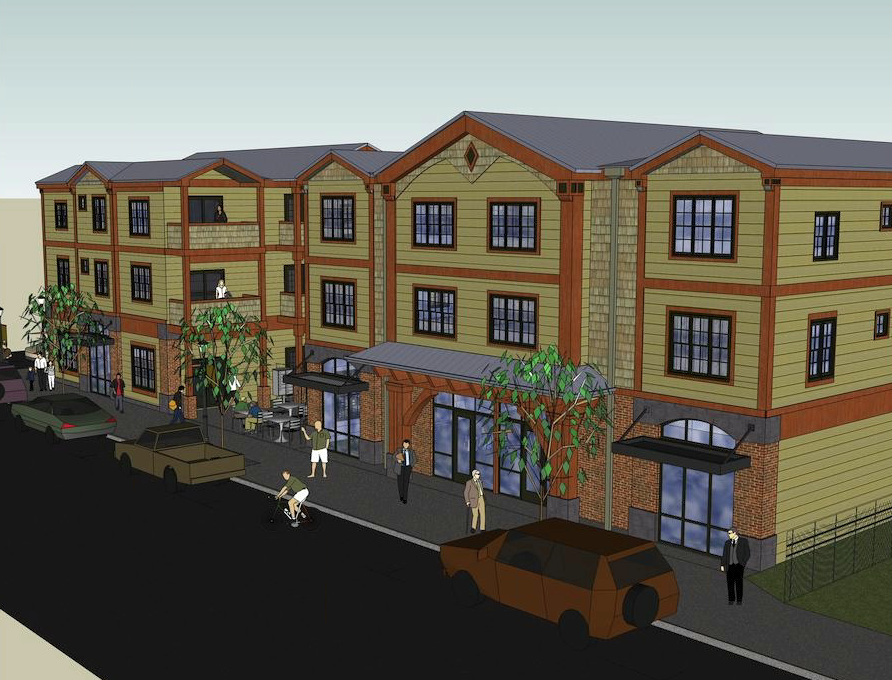 A proposal for the Monteith Historic District parcel includes two, three-story buildings that would house apartments as well as retail space. 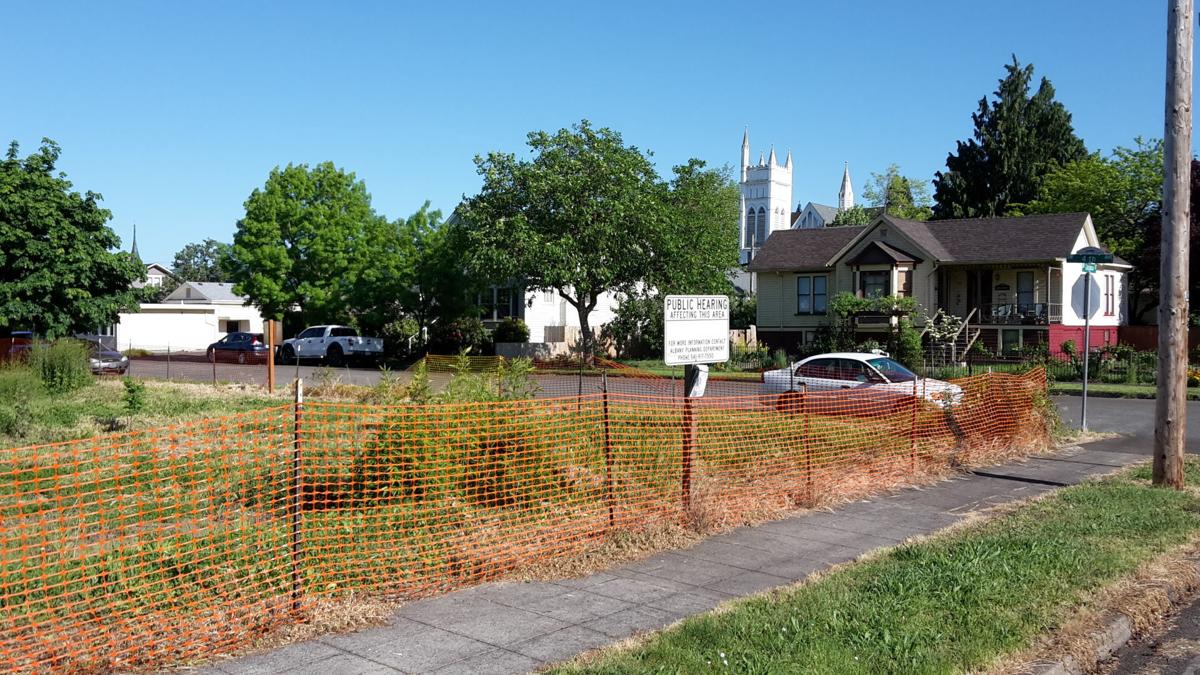 Here is a look at the property that developers hope to build on. One of the historic properties in the district can be seen in the background, with the Whitespires church visible at the rear.

In a marathon meeting, the Albany Landmarks Commission heard plans for the future of a now empty lot at the corner of Calapooia and Fourth Street.

The property in question once housed three historic buildings that became the subject on intense back-and-forth between the city, the commission and the owners that saw LUBA make a final ruling.

Those buildings were demolished in June and on Wednesday, the commission heard arguments for and against plans to replace them with two three-story buildings.

Owners of the property, Mark and Tina Siegner, told the commission that their plan met all of the city's criteria and that, as developers and residents of the area, they felt like the new buildings fell in line with the rest of the neighborhood.

Commission member Bill Ryals recused himself from participating in the discussion as a board member, citing his involvement in the project as its architect. Ryals presented the project to the board, disputing complaints and concerns raised during public comment.

Written comments submitted to the board included concerns over the buildings' height as well as issues surrounding parking.

"I have spent hours trying to create something compatible with the district," he said.

The plans call for apartments on the upper floors of the buildings and retail space below ranging from meeting spaces to a coffee shop.

The Siegners said the buildings' courtyard would be open for public use and have heard from people excited at the possibility of such a space in the historic district.

After nearly two hours of debate, Ryals noted that the decision could go to the City Council.

"(The Landmarks Advisory Commission) is not meant to dictate what happens downtown," he said. "It's meant to make sure it is compatible and to help people when possible. It's not a design review committee."

Tina Siegner said the process they had gone through with the commission could make builders and developers forgo working with Albany all together.

The commission closed the hearing after nearly four hours but left the record open, allowing comment until May 18. The commission will meet again on May 19.

They knew the decision was coming, but it still hurt.

Oregon Jamboree announced on Thursday that it will not be holding the annual festival during the first week in August as planned.

The lessons of 1918: OSU experts note the perils of the pandemics

The majority of the deaths happened in the fall.

After two hours of public comment and additional discussion from the board, the Albany Landmarks Commission denied plans for a new development…

A development planned for the Monteith Historic District in Albany hit a bump on the road to the starting line on Monday.

A proposal for the Monteith Historic District parcel includes two, three-story buildings that would house apartments as well as retail space.

Here is a look at the property that developers hope to build on. One of the historic properties in the district can be seen in the background, with the Whitespires church visible at the rear.