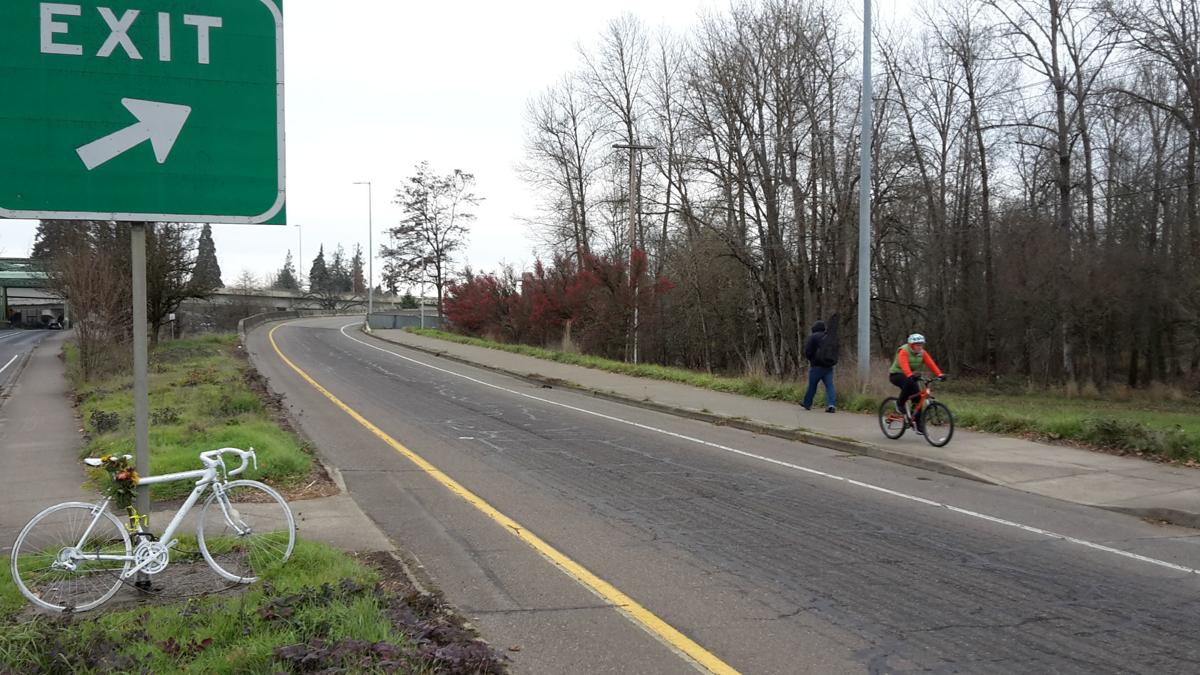 A "ghost bike" has been played on Highway 99W right at the on-ramp to the bypass. The bike honors cyclist Jeremy Gruver, who died from injuries suffered in a collision with a motorist on Oct. 21. 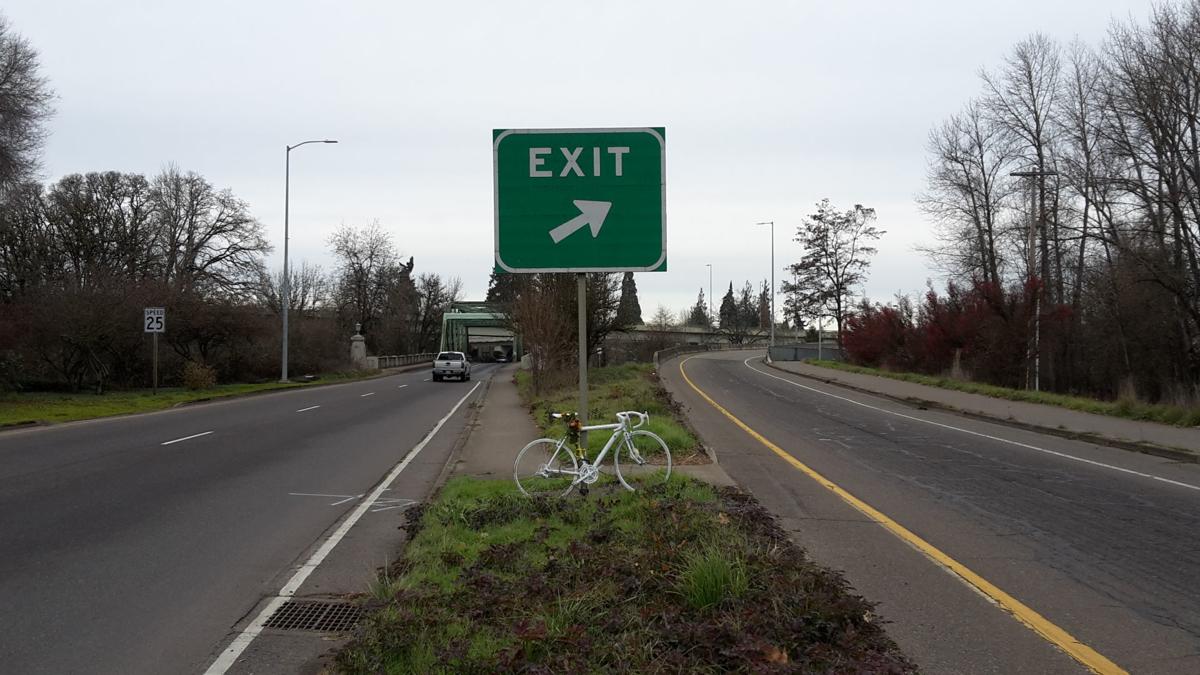 The "ghost bike" on northbound Highway 99W in Corvallis is meant to honor Jeremy Gruver, a cyclist who died from injuries suffered there in October.

Corvallis bicycle safety advocates have installed a “ghost bike” on Highway 99, near the spot where a cyclist was run down in an October incident.

Jeremy Gruver, 32, was struck Oct. 21 as he tried to cross the highway about halfway between the First Alternative Co-Op and the bridge over the Marys River.

McKenzie Davis, 19, was driving the black 2001 Subaru Impreza that struck Gruver, who died a week later of his injuries at Good Samaritan Regional Medical Center in Corvallis. The Corvallis Police Department continues to investigate the incident, and Davis has not been either charged or cited in connection with the case.

Gruver is the second cyclist to be killed by a motorist on Highway 99 in the past 16 months. South Corvallis resident Eric Austin was struck and killed June 27, 2018.

Area bicycle activists also set up a ghost bike to honor Austin, doing so at the crosswalk adjacent to the co-op. Jeffrey Scoville, who was driving the pickup that struck Austin, was cited for speeding and careless driving involving a vulnerable road user but did not face more serious charges.

The Austin death was a severe blow to the Corvallis cycling community, and the city’s Bicycle and Pedestrian Advisory Board responded with a report to the City Council that made a series of recommendations to help improve the situation, particularly on Highway 99W in South Corvallis.

Some of that work already has been completed, as the Oregon Department of Transportation has painted green-and-white markings on the east side of Highway 99W to hopefully make it safer for folks connecting with the multiuse path that runs under the bridge over the Marys River.

The markings have been added at the intersection with Southeast Chapman Place near the First Alternative Co-op, the co-op driveway apron and three lower-use driveways.

ODOT also plans to replace the flashing lights at the four pedestrian crossings on Highway 99 with rectangular rapid flashing beacon lights. Jenna Berman of ODOT said that work will be completed in December or January.

Another key piece of the Highway 99 bicycle safety equation is moving the multiuse path away from Highway 99 after it crosses the Mary-s River. That project would create an extension of the path that would connect with Crystal Lake Drive. The extension is tentatively scheduled to be completed by October of next year.

A "ghost bike" has been played on Highway 99W right at the on-ramp to the bypass. The bike honors cyclist Jeremy Gruver, who died from injuries suffered in a collision with a motorist on Oct. 21.

The "ghost bike" on northbound Highway 99W in Corvallis is meant to honor Jeremy Gruver, a cyclist who died from injuries suffered there in October.