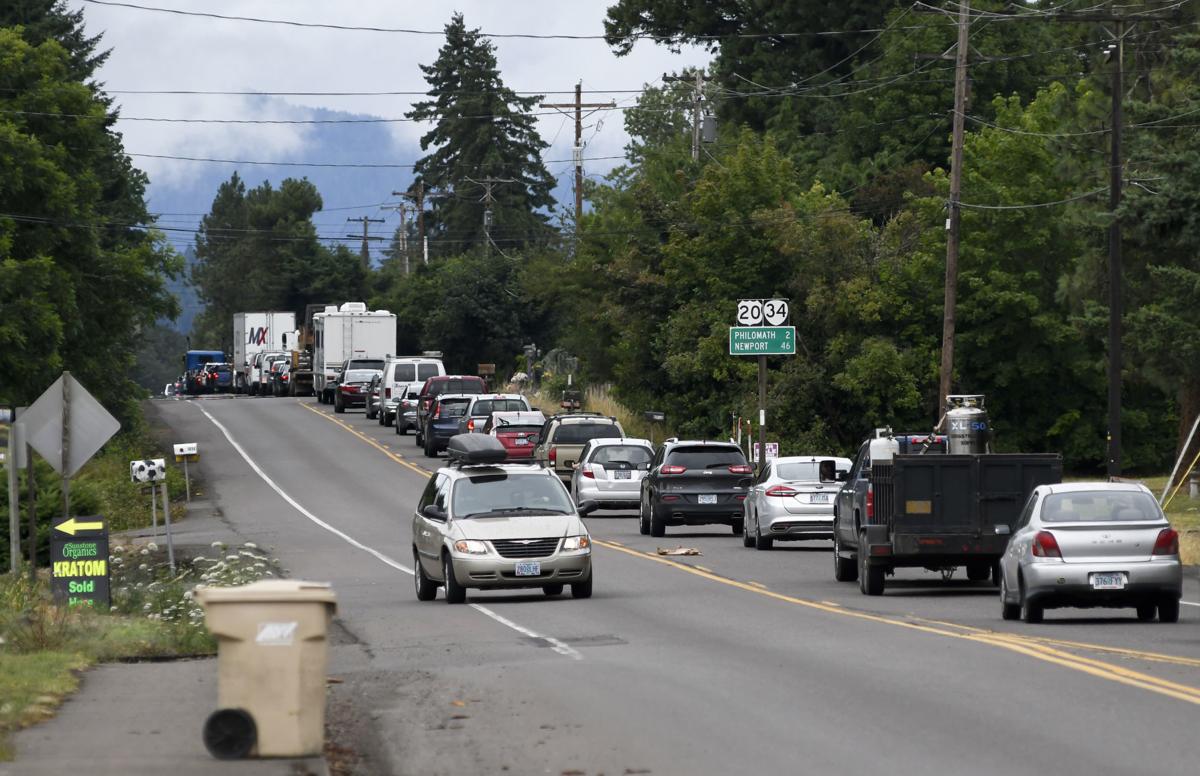 Traffic backs up on Highway 20 between Corvallis and Philomath after a gas leak closed the road on Wednesday morning. 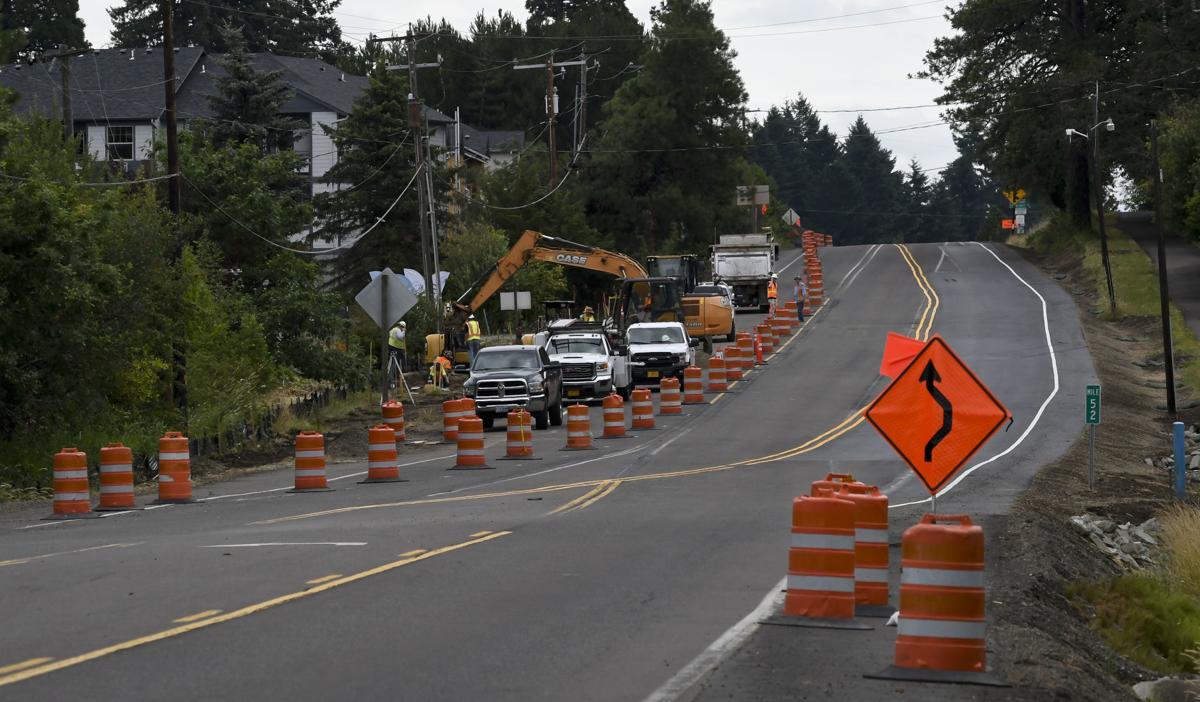 A contract crew working on a road-widening project to provide access in and out of The Boulevard, a new apartment complex in the 3000 block of Southwest Highway 20, inadvertently ruptured a gas line while excavating on Wednesday. The road was closed for about an hour.

A portion of Highway 20 between Corvallis and Philomath was shut down for nearly an hour on Wednesday because of a broken gas line.

The line break occurred about 10:30 a.m. in the vicinity of Clemens Mill Road, bringing traffic to an abrupt halt on the busy highway linking the Willamette Valley and the coast.

Gas running through the line was shut off by about 11 a.m., and by about 11:20 the road was reopened.

According to Stefanie Week, a spokeswoman for NW Natural, the incident began when a contractor working in the area ruptured a half-inch service line.

“The contractor was installing a drain line and was using a trackhoe,” she said.

Week said the line was expected to be repaired by the end of the day.

Angela Beers Seydel, a spokesperson for the Oregon Department of Transportation, said the work was part of a road-widening project being performed by Salem contractor Emery & Sons Construction Group.

The goal of the project, which started June 1, is to provide access in and out of The Boulevard, a new 258-unit apartment complex in the 3000 block of Southwest Highway 20 on the eastern fringe of Philomath.

“They are installing a left-turn lane, a right-turn lane and a pedestrian crossing,” Seydel said.

Jennifer Carter, the safety coordinator for Emery & Sons, said the company had taken precautions to avoid damaging underground utility lines but believes the location of the gas pipe was incorrectly marked.

“There was a gas line that had not been located correctly by the gas company,” Carter said.

“It was about 13 feet away from where it was marked, and while excavating we hit it.”

A Lebanon man pleaded guilty to three counts of attempted first-degree sex abuse and was sentenced to more than six years in prison last week.

Traffic backs up on Highway 20 between Corvallis and Philomath after a gas leak closed the road on Wednesday morning.

A contract crew working on a road-widening project to provide access in and out of The Boulevard, a new apartment complex in the 3000 block of Southwest Highway 20, inadvertently ruptured a gas line while excavating on Wednesday. The road was closed for about an hour.