A North Albany resident, Golden filed the suit Wednesday in Benton County Circuit Court. He is seeking economic damages of at least $651,068: $351,068 for lost wages and $300,000 for compensatory damages.

Golden's claim states he is suing for breach of contract, breach of the implied covenant of good faith and fair dealing, and invasion of privacy.

Albany School Board Chairwoman Jennifer Ward said Thursday that because the district has not yet been served with the lawsuit, "the only comment I have at this time is that when we are served, we will review it with our attorney and respond."

Golden joined the district as its superintendent in 2015. He was placed on administrative leave March 27, 2018, while the board investigated unspecified complaints against him.

Board members voted unanimously July 12 to terminate Golden's employment contract. The vote followed a closed-door hearing at which Golden and his attorney, Judy Snyder of Portland, were both present.

Board members consistently have declined to comment on what the allegations against Golden entailed, who made them and when, and whether they were found to be credible, citing "legal confidentiality restrictions related to personnel records and personnel matters."

In his suit, Golden states he was not given timely notice of the complaints against him nor given an opportunity to correct problems, nor had he ever received a formal evaluation of his job performance.

"Mr. Golden fulfilled his duties under the contract; however, the GAPS Board did not provide a reasonable opportunity for Mr. Golden to correct his alleged unsatisfactory performance," the lawsuit states. "The GAPS Board violated Mr. Golden's contractural rights by terminating his employment in violation of the express promises stated in his employment contract."

During his termination hearing, Golden read from a written statement that was provided afterward to the Democrat-Herald that refers to three specific charges by the school board: gross insubordination, neglect of duty and conduct seriously prejudicial to the district.

According to Golden's statement, the gross insubordination charge appears to stem from using "vulgar language" and alleged failure to comply with a board directive regarding it, which Golden said he never received.

The neglect of duty charge appears to relate to employment decisions made in connection with administrative positions, particularly at North Albany Middle School and South Albany High School. Golden's statement indicates he wasn't questioned about his hiring decisions and that no one noted any policy conflicts at the time.

Golden "unequivocally" denied engaging in conduct seriously prejudicial to the district. In his statement, he referred to allegations that he had made comments about the gender of certain administrators, excluded administrators from meetings based on their gender, created a work environment in which women were treated differently and retaliated against anyone who challenged his decisions.

"The allegations described in the Notice of Written Charges are false," he stated, adding: "If anyone had complaints about my work in the District or how I conduct myself, no one has brought those concerns to my attention."

A settlement has been reached in the lawsuit filed against the Greater Albany Public Schools district by former superintendent Jim Golden. 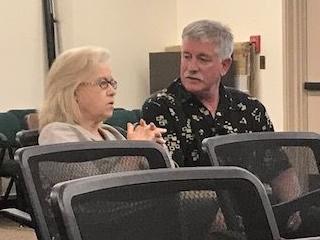 Attorney Judy Snyder of Portland, left, confers with Jim Golden prior to a July hearing on Golden's employment with Greater Albany Public Schools. Board members voted to terminate Golden following the meeting. 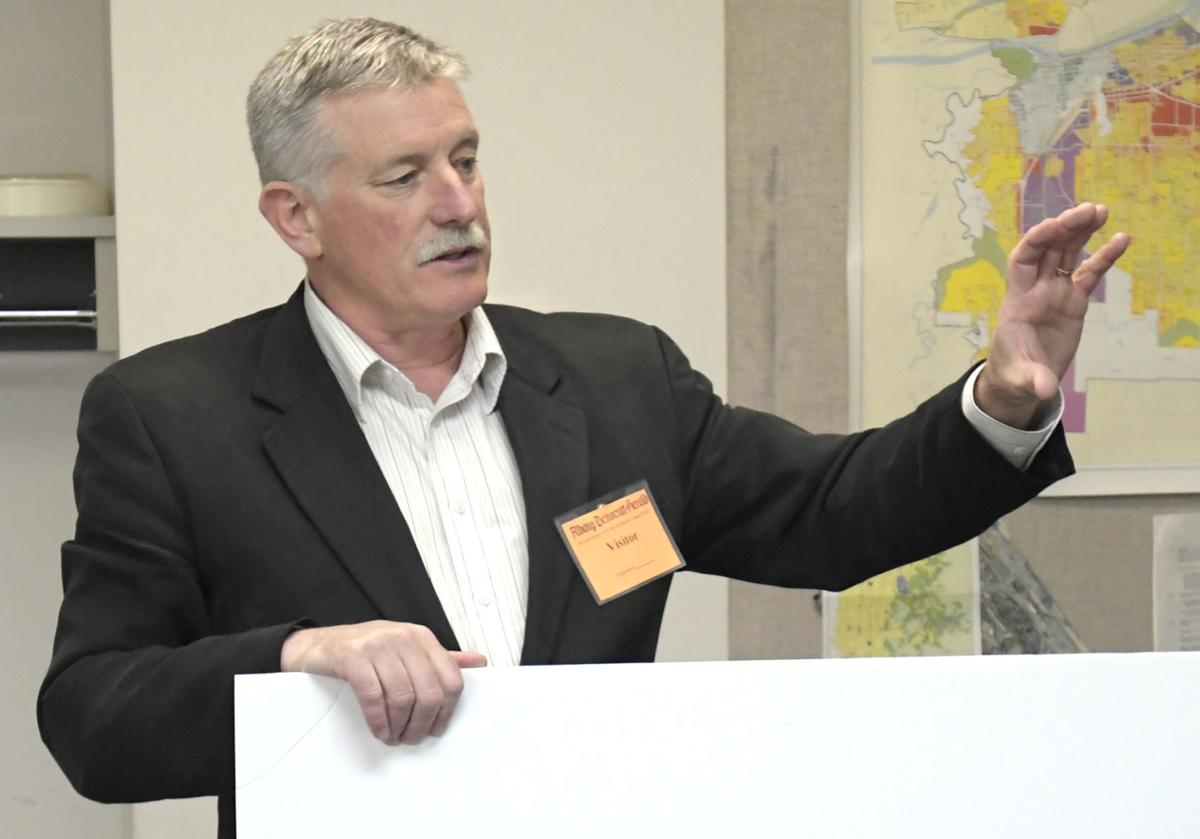