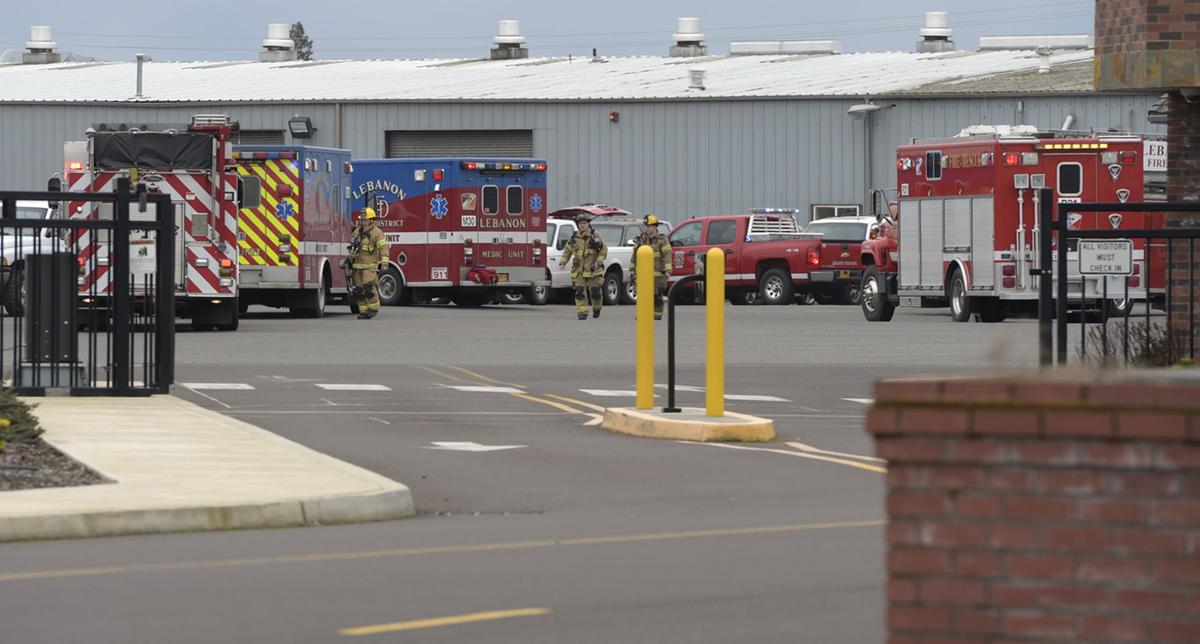 Lebanon firefighters stage in the parking lot of Entek during a fire Monday afternoon in Lebanon. 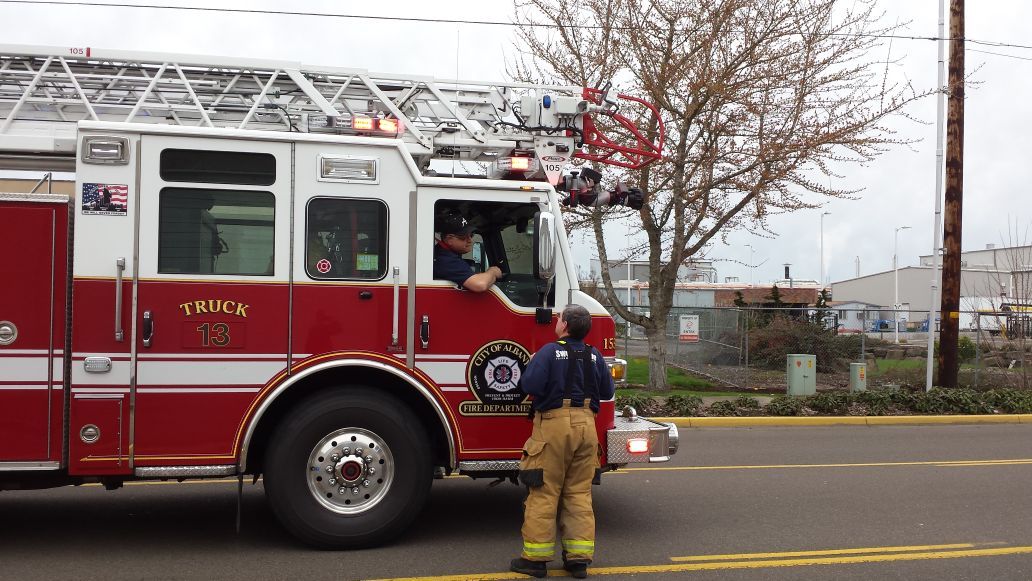 At least eight fire vehicles from multiple agencies have responded to a call at Entek International in Lebanon.

LEBANON — A machine used to make battery separators apparently malfunctioned and ignited plastic materials Monday afternoon at Entek, 250 Hansard Ave., causing heavy smoke and the evacuation of a building at the manufacturing plant.

The fire was reported to 9-1-1 at 12:47 p.m., and more than 25 firefighters from Albany and Lebanon responded. Wilson said 13 public safety vehicles were on the scene.

“It looked worse than it was,” Wilson added. “There was a lot of smoke coming out that was trapped in the building, and their fire suppression methods worked really well.”

The operator of the machine that caught on fire used a dry chemical suppressant to combat the flames, and automated sprinklers also activated.

No loss value was immediately available from the blaze. “According to plant officials there, they were very happy the damage was minimal,” Wilson said.

Wilson said he believed the workers who were taken to the hospital worked in a different division of the structure and didn’t get the notice to evacuate.

The company noticed the workers were missing during a head count, and they came out of the building at about the same time fire personnel was going to start to search for them, Wilson said

“I don’t know what their procedures are there, but I know they are going to review those to see why that happened,” he added.

Multiple agencies responded to a large structure fire in Tangent on Saturday afternoon, at approximately 12:40 p.m. The cause of the fire is u…

Beaverton man charged with robbery for I-5 incident near Millersburg

A Beaverton man was charged with first-degree robbery and other crimes on Friday in Linn County Circuit Court.

COVID-19 outbreaks are occurring at 30 mid-Willamette Valley schools and 127 people have contracted the illness at those hot spots, according …

Brown drops masks for those vaccinated, per CDC

Celebrate Nurses: Bryant caring for mothers he tended at birth

Initial site work has finally begun on the Mid-Valley Intermodal Center in Millersburg, after a yearslong process of planning and competing ag…

Lebanon firefighters stage in the parking lot of Entek during a fire Monday afternoon in Lebanon.

At least eight fire vehicles from multiple agencies have responded to a call at Entek International in Lebanon.