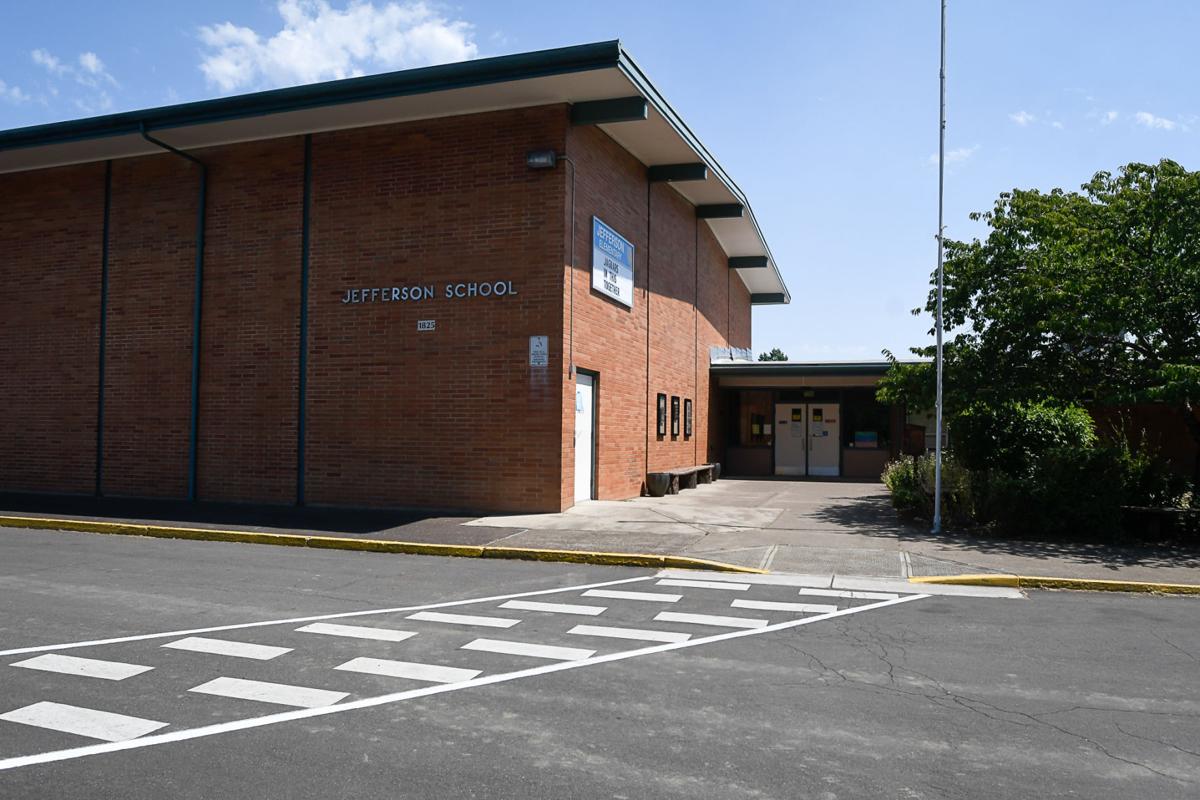 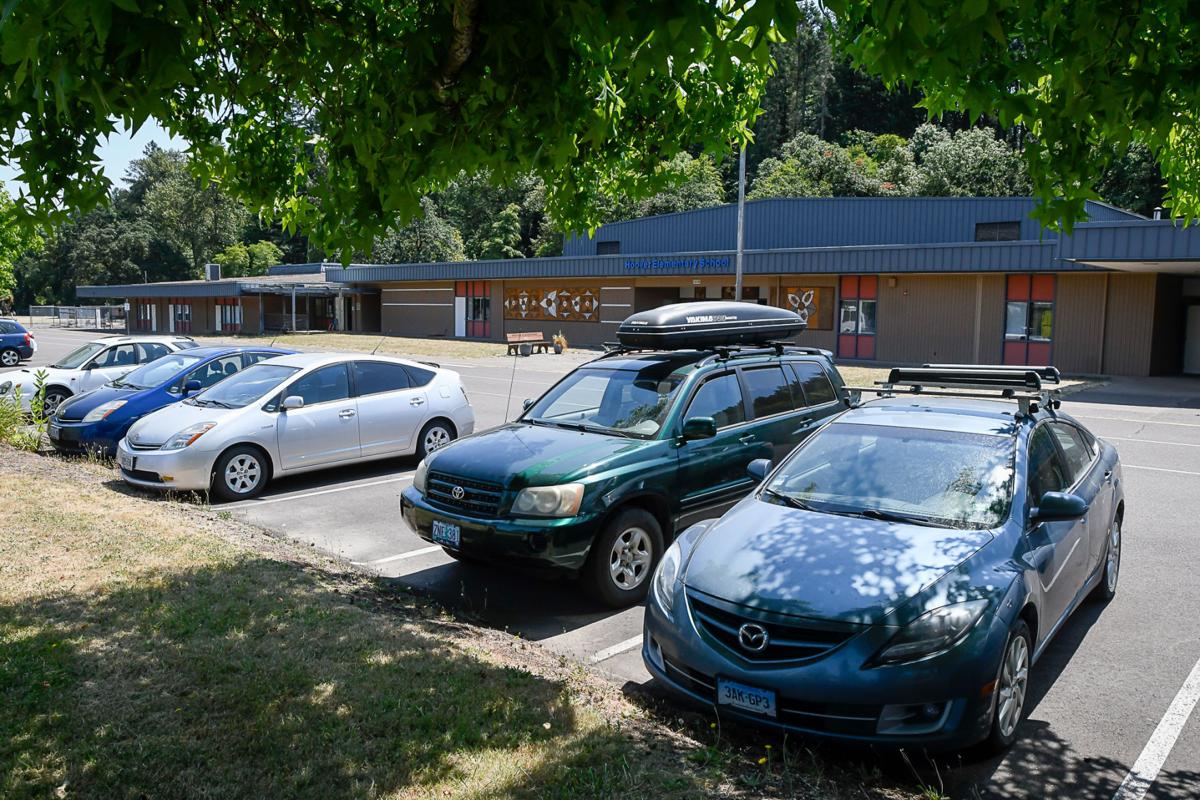 The Corvallis School Board began the steps to consider name changes for Hoover, Wilson and Jefferson elementary schools on Thursday.

Drafted by Board member Vincent Adams, the resolution says it is in addition to “other substantive antiracist efforts the district is undertaking, and is not to be considered as a symbolic gesture intended to appease people of color who are students, staff, or members of the community.”

The three former presidents each have histories of racism in both their policies and personal lives. Hoover was an outspoken racist and xenophobe, spending his tenure actively edging Black people out of politics and deporting Latin American birthright citizens. Woodrow Wilson was an outspoken racist, Ku Klux Klan sympathizer and segregationist. Jefferson laid claim to hundreds of human beings — despite famously declaring all men were created equal — and fathered numerous children with Sally Hemings, a Black woman enslaved by him.

“What message does the district send to a little Black girl going to Jefferson Elementary when we know that he did that?” Adams said. “These values just are not in alignment with the district.”

It’s not about erasing their leadership, he added. It’s about facing them “as the flawed individuals that they were.”

During the resolution’s first official reading Thursday night, Board Chair Sami Al-AbdRabbuh said U.S. citizens, although owing much to the Founding Fathers, can still acknowledge their fallibilites.

A motivational factor in the timing of the resolution, according to its draft, was the resurgence of the Black Lives Matter movement after the May 25 death of George Floyd. But talks about name changes for Corvallis schools, according to Adams, have been going on for years.

“I want to make sure that the Black Lives movement and the fight for social justice doesn’t lose energy,” Adams, who is white, said. “We would have gotten to it (beforehand) … It’s just, I’ve finally come around to it. I’ve finally stepped out of my privilege enough to be aware.”

Abraham Lincoln, John Adams and Benjamin Franklin would remain the namesakes of three other Corvallis schools if the resolution is passed, but would not be immune to scrutiny.

Former presidents Lincoln and Adams, although never known to have owned slaves, were accepting of slavery as an economic institution for most of their lives. Franklin, who owned at least two slaves in his lifetime, also changed course in his older years.

Vincent Adams said the three school names he focused on while drafting the resolution were due to their namesakes’ longtime “affinity” for racist ideologies.

On the other hand, former President James Garfield — after whom another Corvallis elementary school is named — was a Union Army soldier and advocated for the elevation of Black rights during his political career. His name, like the others, would nevertheless be up for debate.

Board member Terese Jones said, through a historical context, she can appreciate what past presidents have done. But the question she asks herself in cases like these is “if the contributions that they have made (are) in service to everyone.”

“I think that it would be very unrealistic for us to go back to that period in time and expect to find a preponderance of people who do not hold racist views,” Jones said. “There is a backbone of racist ideology that informs what (those former presidents) perceive to be good. I don’t know that we get to let them off the hook because it was culturally expected that they wouldn’t have everyone in mind.”

Board member Luhui Whitebear, a woman of indigenous heritage, agreed with Jones’ sentiment.

Adams said he’s putting his trust in the community to come up with better names for their schools.

“We were hoping that the community would choose names that would inspire children for greatness,” he said. “Schools should be inspiring places.”

For that reason though, Adams added, he’s hoping the answer might not be a simple switch to non-human names.

“I understand the tendency to choose a mundane name that’s kind of banal and noncontroversial, but is that inspiring?” he said. “I’m not trying to be noncontroversial — that’s not the goal here. The goal is to inspire children and represent the values of our community.”

If Mountain View Elementary families wanted that school’s name to be reviewed too, the Board would be open to that, Adams said. If not, that decision would be honored too.

Board member Jay Conroy was apprehensive about moving too quickly on contentious name changes because he said he doesn’t want to engender community mistrust of the Board.

“I am absolutely concerned about our racial equity,” he said. But, “I don’t think school naming is one we want to hang our hat on and have a lot of divisive conversation (about).”

Adams, Jones and Whitebear, as well as fellow Board members Tina Baker and Sarah Finger-McDonald, disagreed that a vote on the resolution should wait for more commentary. Public input, they said, is a priority for new names themselves — not for the decision to change names.

“Sometimes we wait too long to do the right thing,” Whitebear said.

The resolution is slated to appear again on the Board’s Aug. 6 meeting agenda. Public comments may be submitted by emailing schoolboard@corvallis.k12.or.us or writing to the Corvallis School Board at 1555 SW 35th St., Corvallis, Oregon 97333.

Mid-valley school district leaders, in collaboration with the NAACP Corvallis/Albany Branch, signed a proclamation declaring their dedication to racial equity in the communities they serve on Thursday.