World Cup live: Scores and updates from US vs. Netherlands 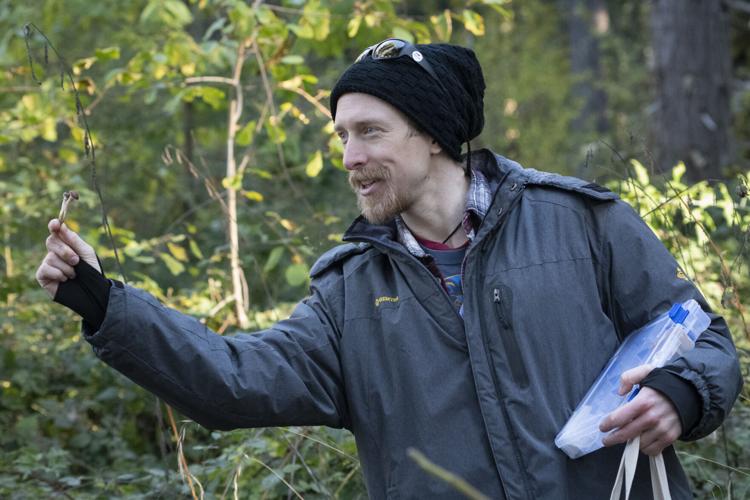 Richard Tehan displays a pair of honey mushrooms found on a short hike as part of an introduction to Pacific Northwest edible mushrooms held by Benton County Natural Areas & Parks at Beazell Memorial Forest on Saturday. 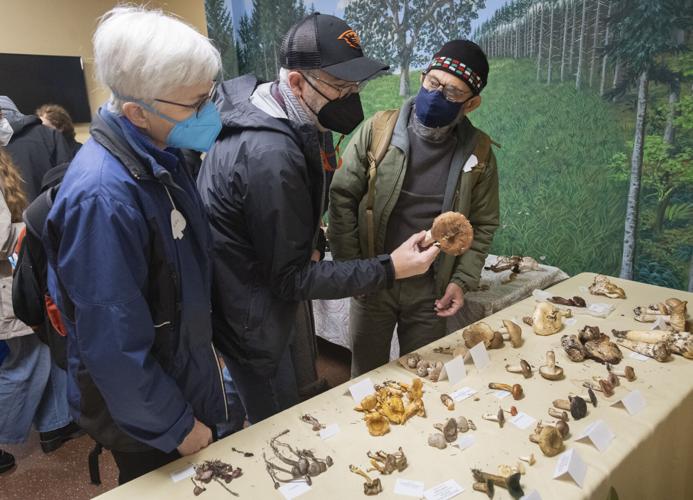 Joseph Spatafora, center, head of the Department of Botany and Plant Pathology at Oregon State, talks with Helen Kupeli, left, and Mehmet Kupeli in the mushroom identification display area at Beazell Memorial Forest and Education Center on Saturday. 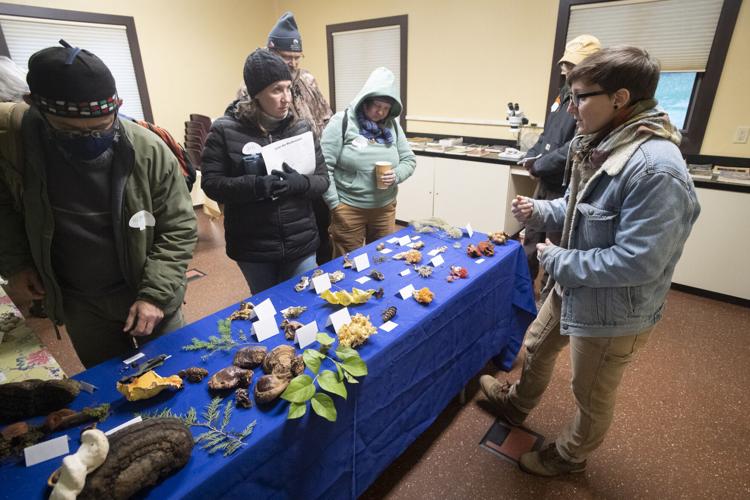 Michele Wiseman, right, a PhD candidate at Oregon State, answers questions at the mushroom identification station at the introductory exploration of Pacific Northwest edible mushrooms on held on Saturday. 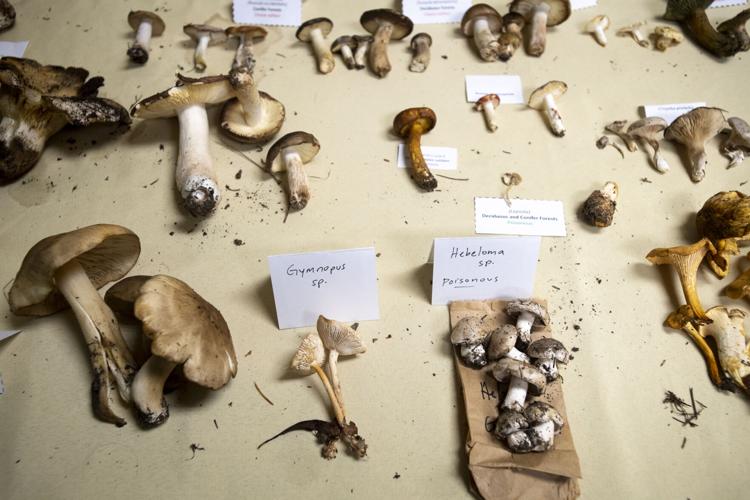 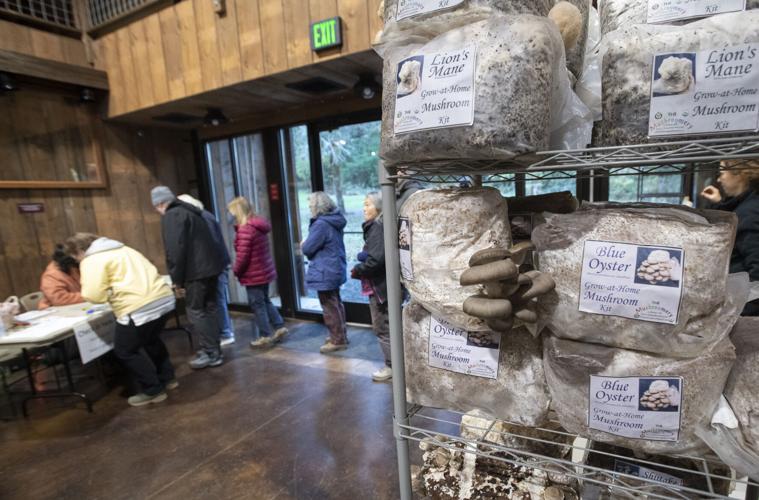 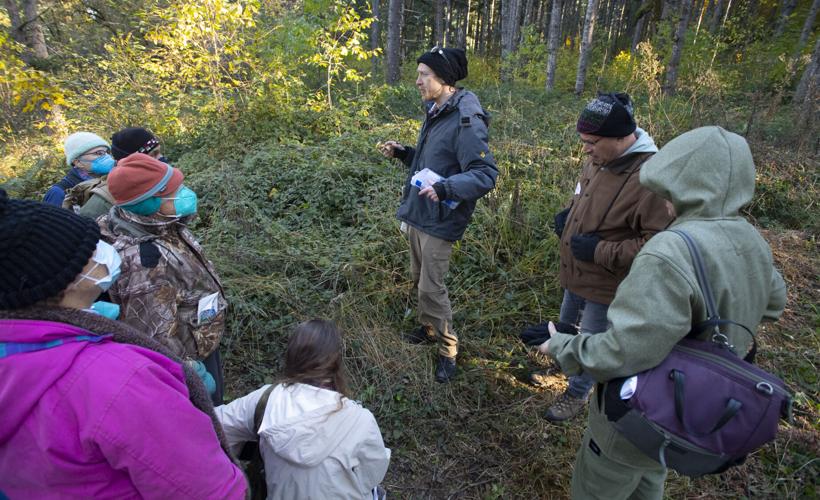 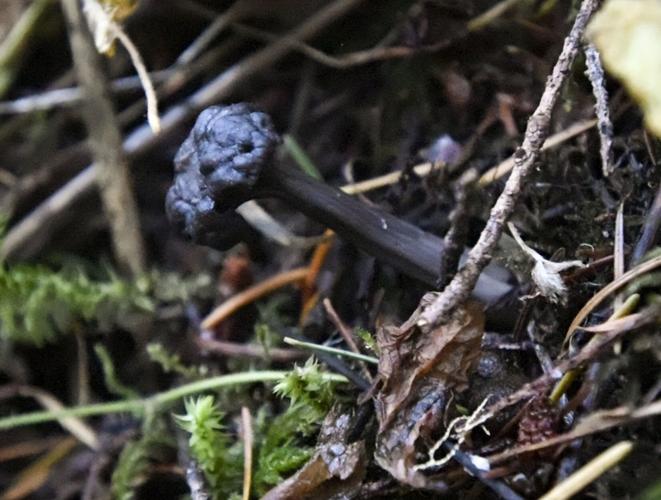 Oregon is home to hundreds of mushroom species and is one of the most diverse places in the world for fungus. In the Mid-Willamette Valley, there is no shortage of mushroom enthusiasts.

To be a good mushroom hunter, there are a few things that are important to know.

About a hundred multicolored mushrooms still fresh with dirt lined the tables as eager onlookers attempted to pronounce their Latin names.

Golden chanterelles, the state mushroom of Oregon, and Zeller’s Bolete were marked with little tags that read “edible.” A dark cluster of Violet Cort was labeled “inedible” with red ink.

The event attracted a mix of mushroom enthusiasts, some who were learning for the first time and others who already harvest their own mushrooms regularly.

For Corvallis residents Helen and Mehmet Kupeli, foraging for mushrooms is a way to add more nutrients into their diet.

Mehmet Kupeli said he mostly picks golden chanterelles and cooks them in soup and bean dishes. He also makes teas and tinctures, he said.

“We get micronutrients we need by eating mushrooms,” Memhet Kupeli said.

Jennifer Macone, owner of The Mushroomery, fell in love with fungi when she moved to the Pacific Northwest — so much so, she decided they needed to be a permanent part of her lifestyle.

“Most mushrooms have medicinal properties,” she said.

Some of the benefits Macone believes mushrooms hold are liver protection, anti-inflammatory and anti-tumor properties. She eats and sells mushrooms in every way possible — powdered, pickled, and even in a bourbon.

But not everyone is as eager to eat what they pick.

Corvallis resident Jill Bartosz has been interested in mushrooms her whole life. It started when she was a child, when she would hunt for them in the forest. Then when she had her own child, the two would make a game of finding the fungus, seeing who could find the biggest and largest mushroom.

“I always loved it,” she said. “There are so many shapes, colors and sizes.”

But, Bartosz said, she won’t be eating any mushrooms she finds in the wild anytime soon. She doesn’t feel educated enough to pick out which mushrooms are edible and which are poisonous, she said. There’s a lot of lookalikes.

Adorned in hats, gloves and overcoats, the group trekked through the forest to find mushrooms themselves.

The early frost has stunted the mushroom season, so they are not as plentiful this year. But there are always mushrooms to find in Oregon, said OSU Chemistry post-doctoral student Richard Tehan.

To an untrained eye, mushrooms can be easily overlooked. You have to be aware of your surroundings, Tehan said.

That means scanning the ground and looking up trees. Different mushrooms grow in different places, he said.

The type of forest you are in can influence the mushrooms that grow.

“The older the forest, the better,” he said. “There’s less diversity in younger forests.”

Open areas that don’t have too much brush and grass are better for finding mushrooms, he said.

Tehan picks a mushroom and smells it before holding it up for the group to see.

“I’m always in the habit of smelling them,” he said. It’s another characteristic that’s used to identify mushrooms.

Handling mushrooms is generally safe, he said, and he does so with his bare hands. It’s ingesting the wrong mushroom that can get you in trouble. And some people may have allergies they don’t know about, he said.

There are some species of mushrooms that look alike, and people have died ingesting poisonous mushrooms by mistake.

To be safe, Spatafora recommends that beginners not eat what they pick. Going with someone who is knowledgeable is also important.

He said another precautionary measure to practice is to only eat mushrooms in very small amounts to make sure there is no negative reaction.

But even the act of hunting for mushrooms can be dangerous in itself.

“Looking for mushrooms is why so many people get lost,” said Corvallis Parks and Recreation arborist Andy Perry.

Perry said that people often come unprepared without food and water and will veer off trail. Before they know it, the sun has gone down and they can’t find their way back to the trail.

When you are looking down for mushrooms, you may not realize where you end up.

“It can be a dangerous hobby,” he said. “Staring down and going off trail, you zigzag over the place.”

Perry recommends mushroom pickers bring flashlights, food and water, and tell others where they are just in case they get lost.

Even with the risks, mushroom picking is a popular pastime. And although people love picking mushrooms to eat, some are fascinated with the science.

“The Pacific Northwest has some of the highest diversity of fungi in the world,” Spatafora said.

Fungus is everywhere. We encounter it in our daily lives when we drink beer, eat cheese and take penicillin, Spatafora said.

And mushrooms have a variety of uses, from medicinal properties to nutritional benefits. There’s even ongoing research on properties in certain mushroom compounds having the potential to treat dementia and cancer, Tehan said.

Globally, there are 150,000 described species of mushrooms, but Spatafora believes that’s a vast undercount.

There are new species of mushrooms found almost everyday, and there just aren’t enough mycologists and researchers to identify them.

While it’s not certain how many existing species there truly are, there certainly are mushroom enthusiasts in the Mid-Willamette Valley that are searching.

Behind the Headlines: Investigating the Catholic Diocese of Buffalo

AIDS in Kenya: Homabay County, where fish are traded for sex

AIDS in Kenya: Homabay County, where fish are traded for sex

Richard Tehan displays a pair of honey mushrooms found on a short hike as part of an introduction to Pacific Northwest edible mushrooms held by Benton County Natural Areas & Parks at Beazell Memorial Forest on Saturday.

Joseph Spatafora, center, head of the Department of Botany and Plant Pathology at Oregon State, talks with Helen Kupeli, left, and Mehmet Kupeli in the mushroom identification display area at Beazell Memorial Forest and Education Center on Saturday.

Michele Wiseman, right, a PhD candidate at Oregon State, answers questions at the mushroom identification station at the introductory exploration of Pacific Northwest edible mushrooms on held on Saturday.