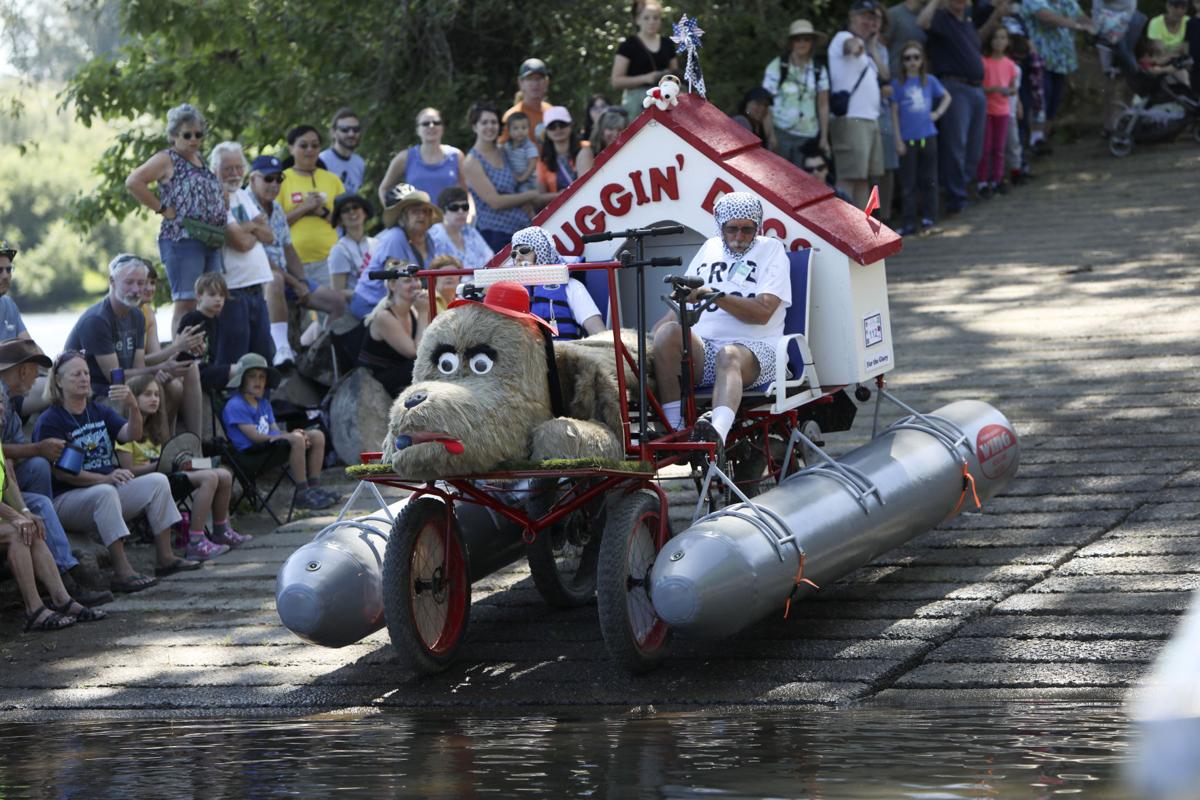 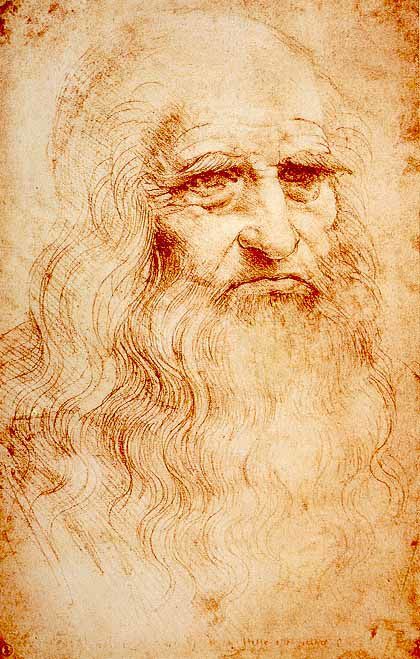 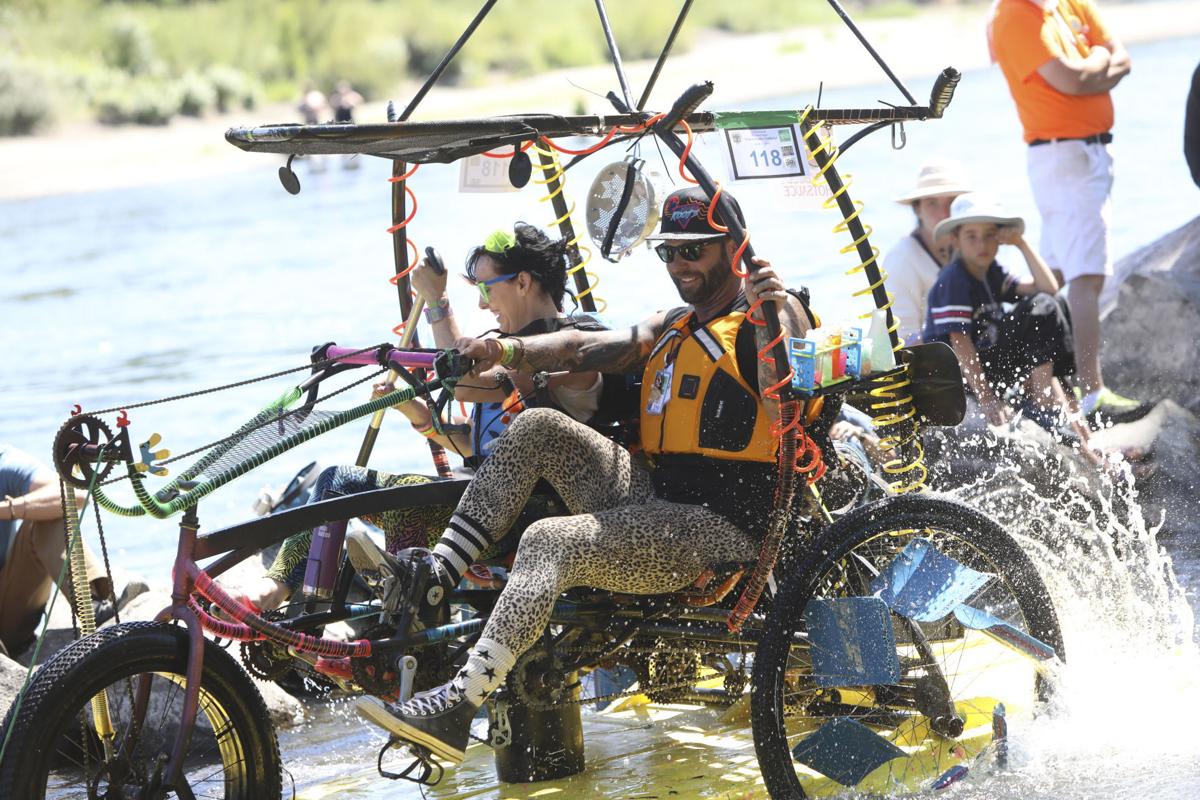 Part competition and part spectacle, the Graand Kinetic Challenge has been one of the main attractions of da Vinci Days. 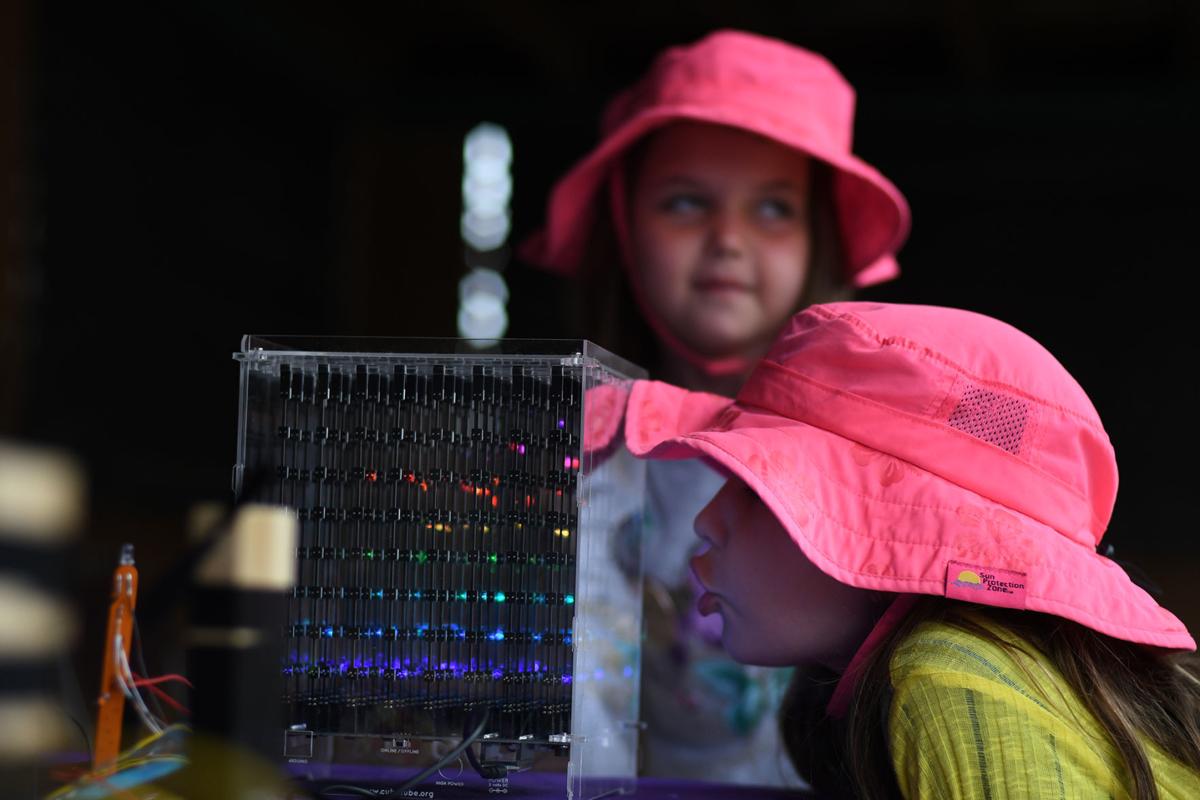 Lilly Blomgren, 7, left, listens as her sister Izzy Blomgren, 9, whistles at the L3D Cube at Pi Dads' booth during da Vinci Days in 2016. 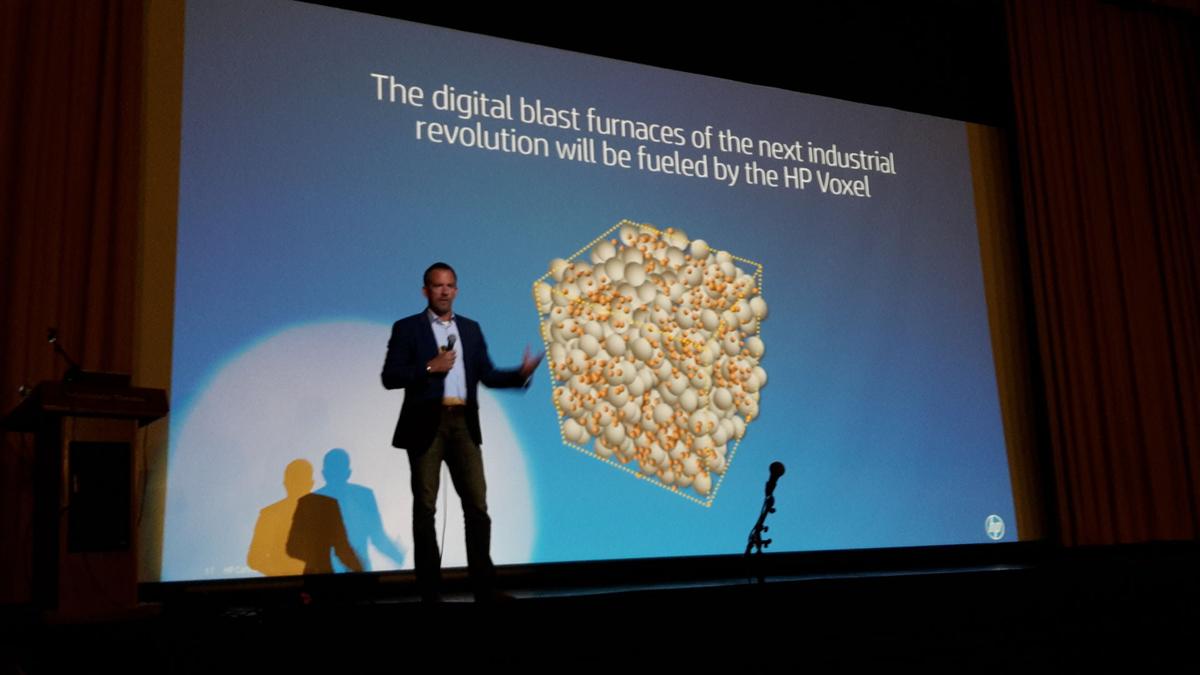 Timothy Weber, site manager of HP Inc. in Corvallis, gave the keynote address for the 2016 da Vinci Days, wowing a crowd at the Whiteside Theatre with a talk on 3D printing.

Da Vinci Days, the iconic Corvallis festival that mixed art, music, science and technology in a whimsical manner for nearly 30 years, has closed down.

Carole Hobrock, executive director of the event, made the announcement Wednesday. Hobrock cited challenges amplified by the COVID-19 pandemic, and said the board agreed unanimously that there was no clear financial path forward.

“As a nonprofit, we are competing with many others for available grants and sponsorships,” said Hobrock, who has served part time as the executive director of the organization since 2016.

“Many of our sponsors are struggling to keep their own businesses afloat, and several have suspended their 2020 support with no clear view of when, or if, they will be able to help us again. Others who have donated this year have indicated that ongoing support at the same level, if at all, is unlikely.”

The show was originally set for April of this year and rescheduled for January, but the continuing coronavirus pandemic has forced organizers to call off the event entirely.

Although tickets were sold as non-refundable, Hobrock said, the da Vinci Days board elected to refund the money.

The annual kinetic sculpture races, long a festival highlight, featured creative human-powered machines designed to travel in sand, mud and water. Held in conjunction with the da Vinci Days festival, it was limited this year to online presentations, as were the annual science, technology, engineering, arts and mathematics (STEAM) lecture series and other events.

“We are ending da Vinci Days in a deliberate and thoughtful way, having incurred no debt and owing no money,” Hobrock said. “The funds that are left are restricted to use by the Graand Kinetic Challenge committee, and they will be holding their event in 2021. There may be opportunities for other organizations to collaborate with GKC, which would be wonderful for the community.”

Da Vinci Days began as a way to attract people to Corvallis during the summer months. The festival featured music, food, entertainment and educational displays on the tree-lined open space of the Lower Campus at Oregon State University and Central Park.

In its first 25 years, da Vinci Days brought in Oscar-winning films, jazz trumpeter Wynton Marsalis, the kinetic sculpture races, activities for kids, science exhibits ... and, for awhile, an honest-to-God trebuchet that would lob dead printers like a siege weapon targeting a medieval fortress.

Raan Young, in a 2013 Gazette-Times story on the festival's 25th anniversary, remembered that in the first year, 1988, he had to rush from a lecture by the oceanographer Robert Ballard on his discovery of the Titanic wreckage to make it to the Marsalis concert.

“There was so much going on, it was impossible to fit in everything,” said Young, an ex-Hewlett-Packard employee who was the driving force behind the Graand Kinetic Challenge sculpture races.

“I have never seen anything like da Vinci Days anywhere else,” said Dave Warneking, an Oregon State University employee, in that 25th anniversary story. Warneking coordinated the festival’s cadre of volunteers, which at its height exceeded 1,400 people.

“It has the perfect festival pace and remains a social, non-commercially driven community event.”

Bringing in high-priced musical acts such as Little Feat, however, stretched the budget to the breaking point.

In 2013, the festival took a three-year hiatus because of ongoing financial troubles and engaged in a public “reinvention” process. Starting again in 2016, with the city of Corvallis, Benton County, Oregon State University and HP Inc. serving as the key sponsors, the festival was held as a free one-day event at the Benton County Fairgrounds.

“Those who have attended our events value and celebrate the things that make Corvallis and Benton County vibrant and innovative, as we do,” said Hobrock.

“Even as we elect to close down da Vinci Days, we are making room for something new and fresh in Corvallis. We are confident that creative, innovative citizens will come up with events that speak to the current passions and needs of the community.”

WHO WAS DA VINCI?

Part competition and part spectacle, the Graand Kinetic Challenge has been one of the main attractions of da Vinci Days.

Lilly Blomgren, 7, left, listens as her sister Izzy Blomgren, 9, whistles at the L3D Cube at Pi Dads' booth during da Vinci Days in 2016.

Timothy Weber, site manager of HP Inc. in Corvallis, gave the keynote address for the 2016 da Vinci Days, wowing a crowd at the Whiteside Theatre with a talk on 3D printing. 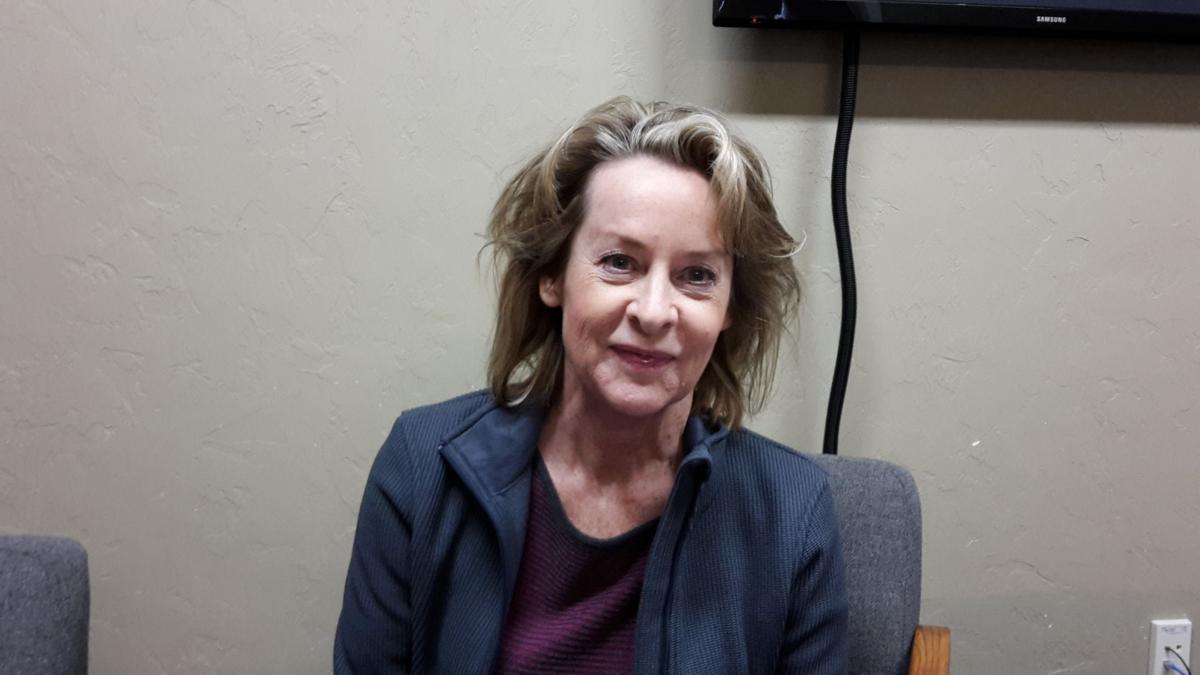