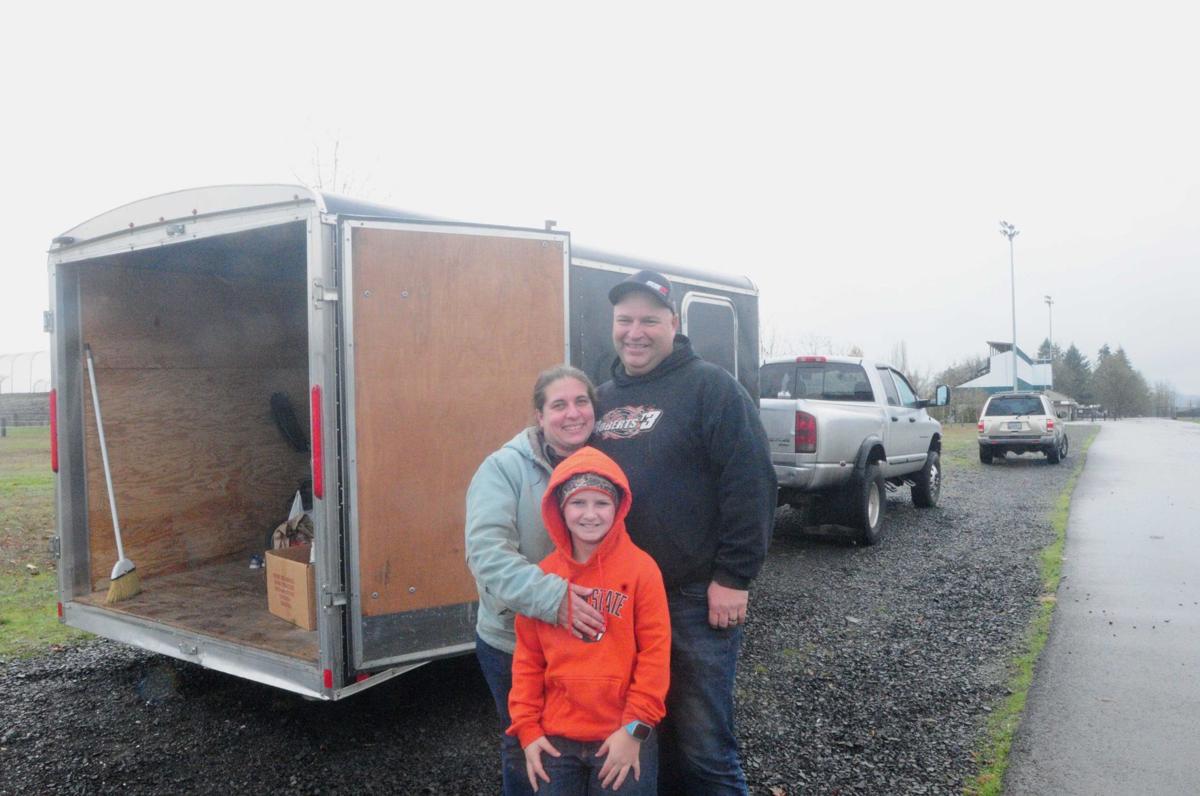 Yancy and Kelly Powers, with their son Cayden, 9, organized a supply drive for victims of the Camp Fire in northern California. 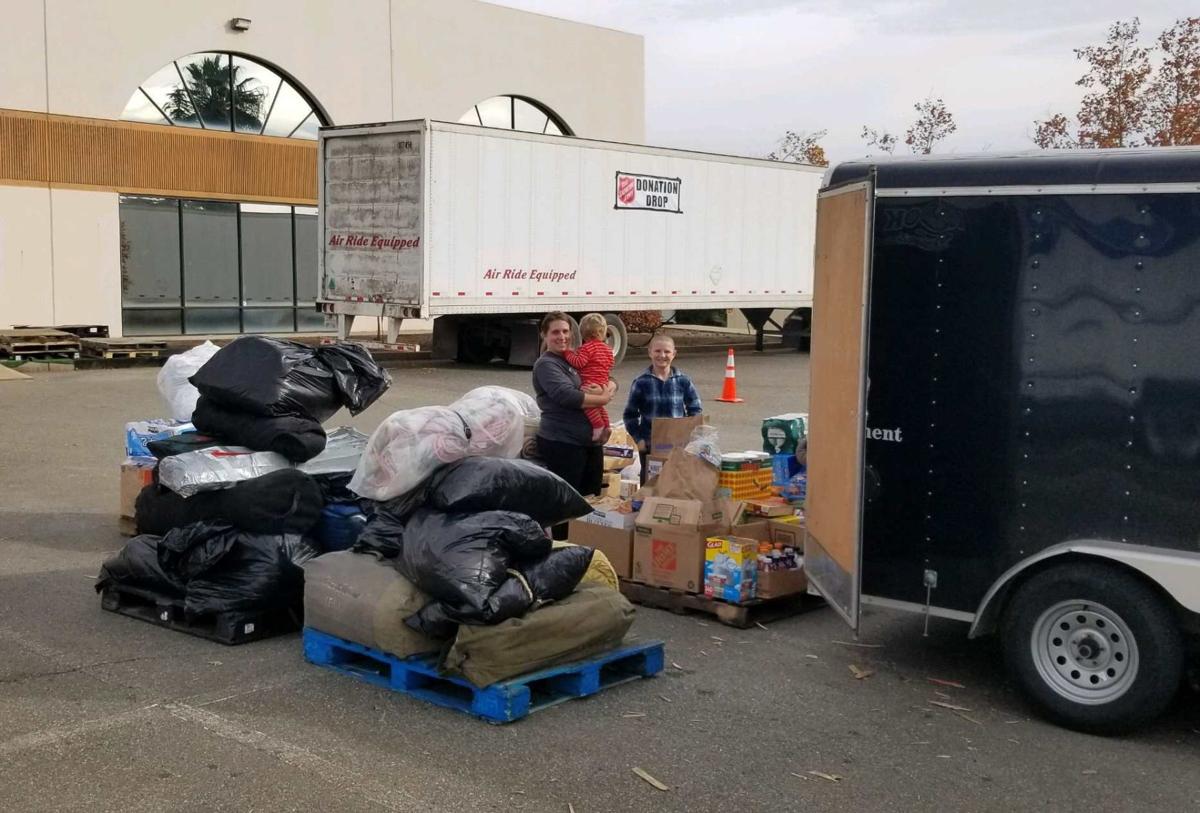 Kelly Powers with sons Cayden and Carson at the drop site in Chico, Calif. on Monday, Nov. 26.

Yancy and Kelly Powers drive to California on a regular basis.

Their Lebanon-based business, Powers Transport, delivers camp trailers and recreational vehicles to companies in and around Chico, Calif., and they have seen firsthand the impact of the fire which has devastated northern California and destroyed the community of Paradise.

“We go down to the Chico area. It’s hazy, smoke, people are walking around with masks on. There’s people camped along the freeway. It’s insane to see,” said Kelly Powers. “It looks like a war zone.”

Yancy Powers described the scene as “a lot of devastation.”

After their last trip to the area, they felt they had to do something. Because they operate a transport company and have contacts in the area, they decided to organize a donation drive.

“We kind of figured we could help, we could do something to help,” Kelly Powers said. “It kind of got bigger than what we expected because a lot of people asked ‘what can I do, how can I help?’ We did the Facebook thing and it just exploded after that.”

“A little bit of everything,” Kelly Powers said. “It really is a community effort.”

Yancy Powers thanked R & S Bagg of Shedd for donating use of a trailer to haul the supplies.

The couple enjoy running their own business and organizing the drive is just one way they appreciate the ability to set their own schedule.

“We meet all kinds of interesting people, we can do it together and we can take our kids,” Kelly Powers said.

The drive was a success and the Powers delivered seven pallets full of supplies to Chico, Calif., on Monday, Nov. 26.

SALEM — Saturday marked the official start of Oregon’s wildfire season, but without new resources the state is only incrementally more prepare…

WH: We 'don't know' if Russians are playing games

WH: We 'don't know' if Russians are playing games

Yancy and Kelly Powers, with their son Cayden, 9, organized a supply drive for victims of the Camp Fire in northern California.

Kelly Powers with sons Cayden and Carson at the drop site in Chico, Calif. on Monday, Nov. 26.