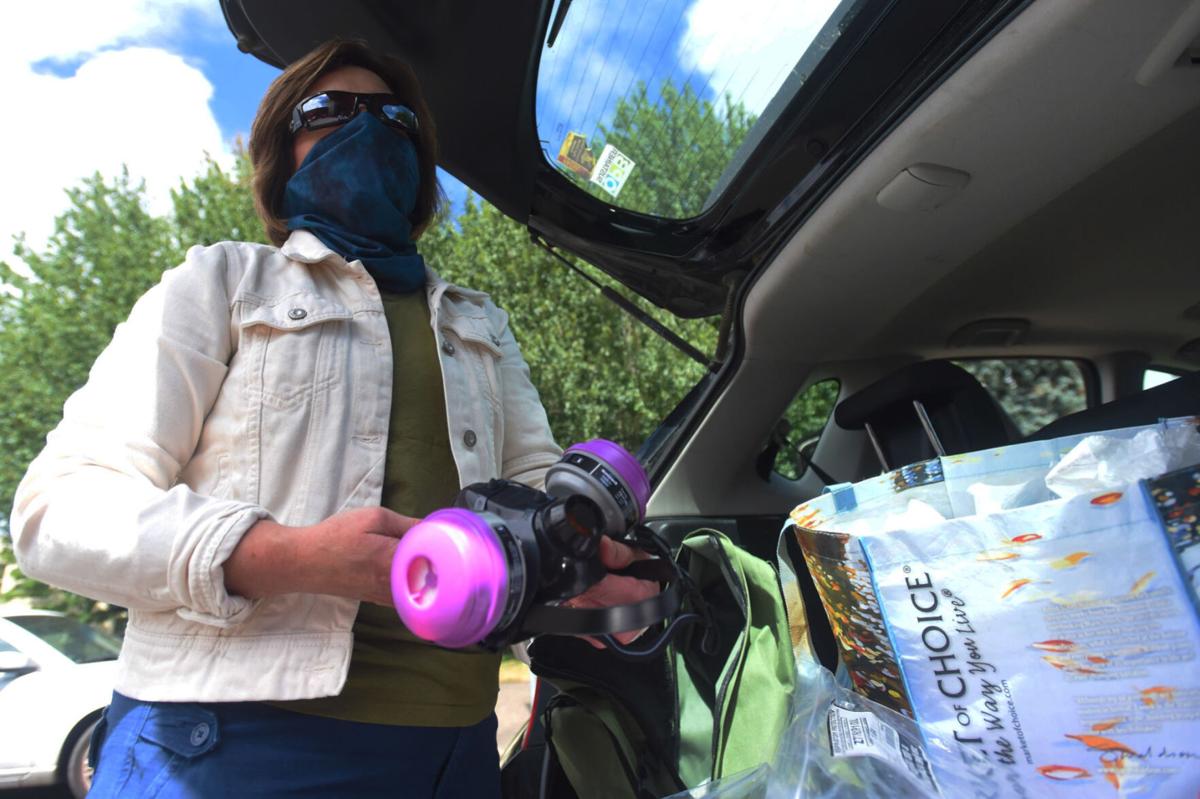 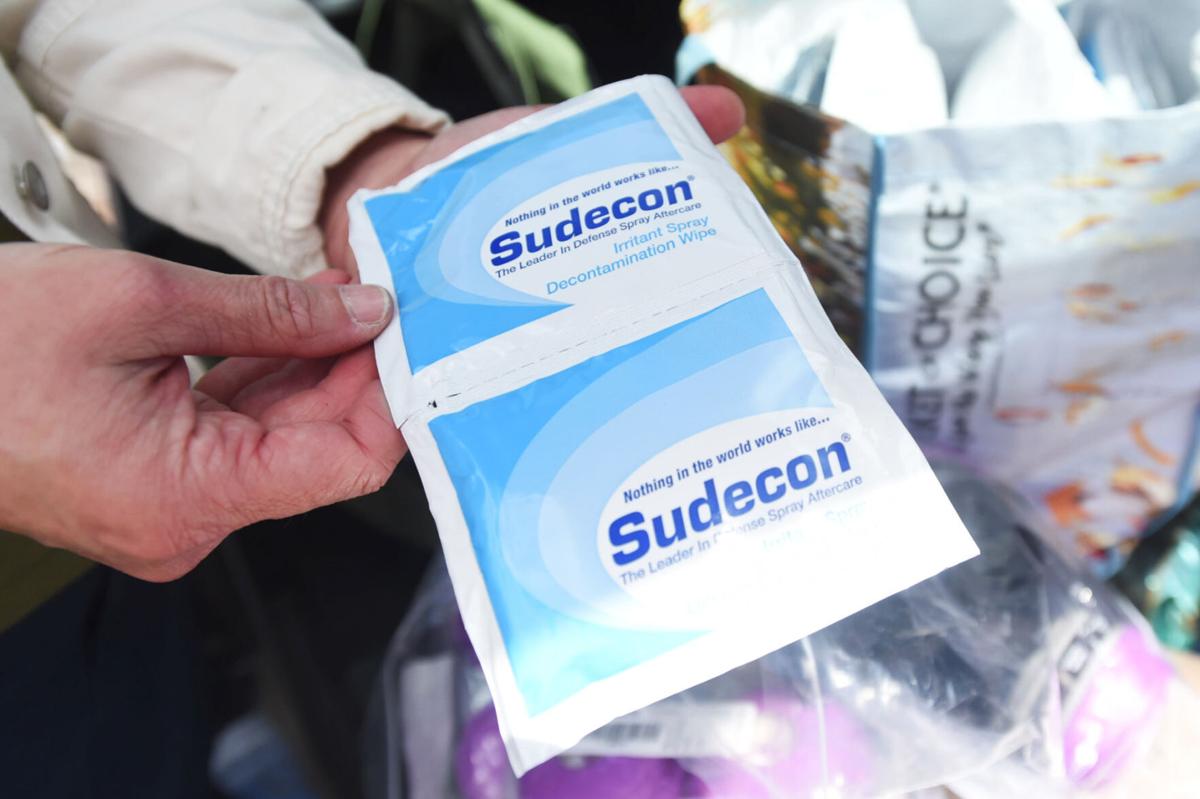 Through a campaign called Mama Supply Train, Angie Faulk purchased at least 300 Sudecon wipes since July 27. Faulk delivers the supplies to medics stationed around protest areas for distribution to demonstrators. 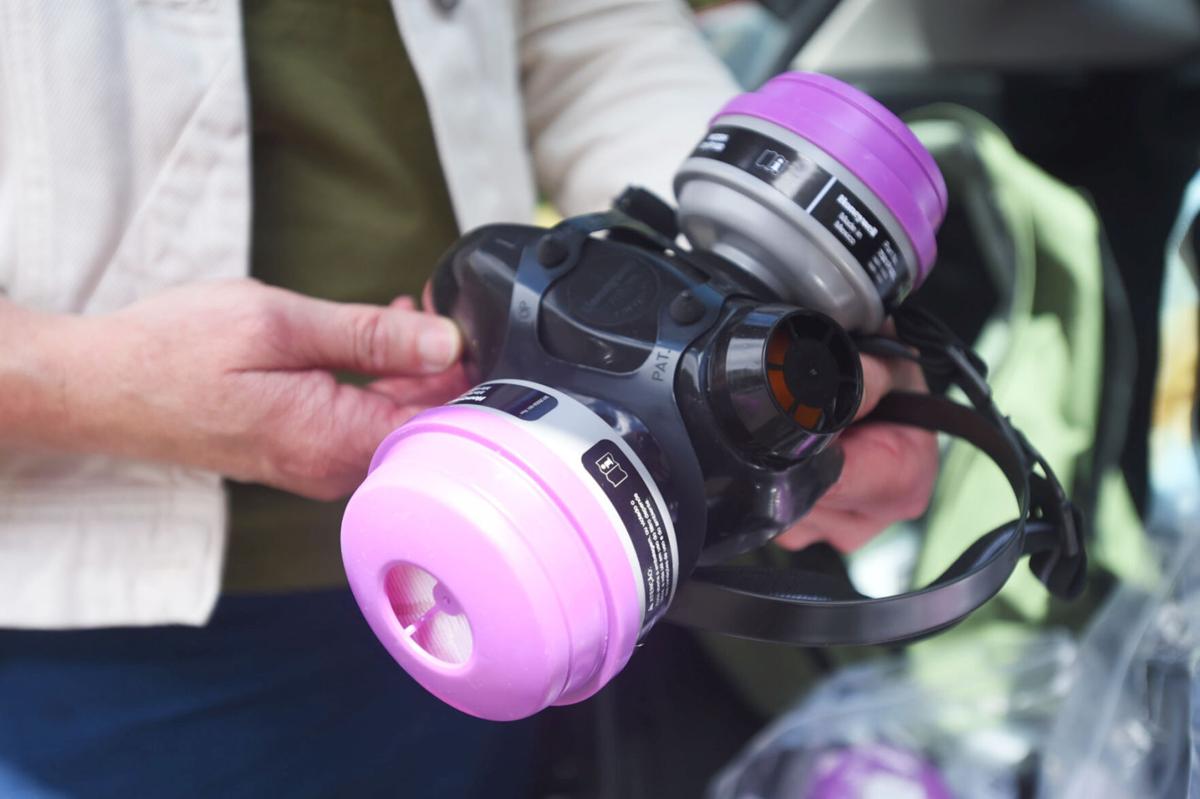 Through a campaign called Mama Supply Train, Angie Faulk purchased at least 15 respirator masks since July 27. Faulk realized there was a need for more gas masks.

In under a week, a Corvallis mom raised $1,300 through GoFundMe to provide gas masks and eye wipes to Portland Black Lives Matter protesters.

Through a campaign called Mama Supply Train, Angie Faulk has been able to purchase at least 15 respirator masks and 300 Sudecon wipes since July 27. She’s personally delivered the supplies to medics stationed around protest areas for distribution to demonstrators in danger of being maced.

“There’s this egregious, disproportional use of force on protesters,” she said.

Her campaign started after she participated in a Portland protest in late July. Faulk said she purchased two respirators in Corvallis and took a backpack full of granola bars with her. Minutes after dropping off her contributions at a supply tent, she said she noticed the respirators had already been claimed. Faulk realized there was a need for more gas masks when the same couldn't be said about the granola bars.

The name Mama Supply Train was inspired by Wall of Moms protesters, who’ve made national headlines for standing arm in arm between police and BLM protesters in Portland. Since she’s not affiliated with Wall of Moms, Faulk said it was important that she find ways to support protesters too.

“The call to assemble from moms, which is such a primal label that I could relate to, is what got me off my tuchus and made me think there is something of value that I could do,” Faulk said.

Faulk, who is white, has been looking for ways to better herself as an ally to Black Oregonians demanding civil rights.

“I’ve done the progressive liberal thing,” she said. “I’ve donated to the ACLU (and) the Southern Poverty Law Center. I’m a member of our local NAACP. I’ve been to the rallies since the beginning of the Trump administration. I’ve been to the Black Lives Matter rallies.”

But those efforts can still allow someone like her to feel like they’ve done enough and retreat back behind their white privilege, she said.

“Black moms have been dealing with this (for centuries) and have had no choice to sit back,” Faulk said. “Black mamas have not been able to hide from this. As a white person, I feel it is appropriate for me to take a supportive role.”

It’s not that Faulk wants to use her white privilege as an excuse to occupy a space that isn’t hers to fill, either.

“The protests in Portland had been going on for over two months before I drove up there," she said. "I thought, ‘This is something I’m comfortable doing, so here we go.’”

After Gov. Kate Brown demanded the removal of federal agents from Portland, Faulk decided to close donations until she can brainstorm the next best way for her to personally support protesters.

“The federal agents aren’t totally gone and (protesters) are suspicious of the state police that there could be an escalation in response,” Faulk said. “So (medics) are still keeping these supplies.”

In the meantime, Faulk said she encourages people who want to help out to join their local NAACP branch as well as donate to Black Lives Matter, Don’t Shoot Portland and organizations that help post bail for arrested protesters.

“There are many ways that we can support the protesters,” she said. “I’m a drop in the bucket.”

A Corvallis resident's rally attracted about two dozen mid-valley residents in support of the Thin Blue Line. It also attracted over a dozen Black Live Matter demonstrators — many of whom set out to explain the tumultuous history of the Thin Blue Line’s symbolism as it relates to the modern civil rights movement.

Through a campaign called Mama Supply Train, Angie Faulk purchased at least 300 Sudecon wipes since July 27. Faulk delivers the supplies to medics stationed around protest areas for distribution to demonstrators.

Through a campaign called Mama Supply Train, Angie Faulk purchased at least 15 respirator masks since July 27. Faulk realized there was a need for more gas masks.