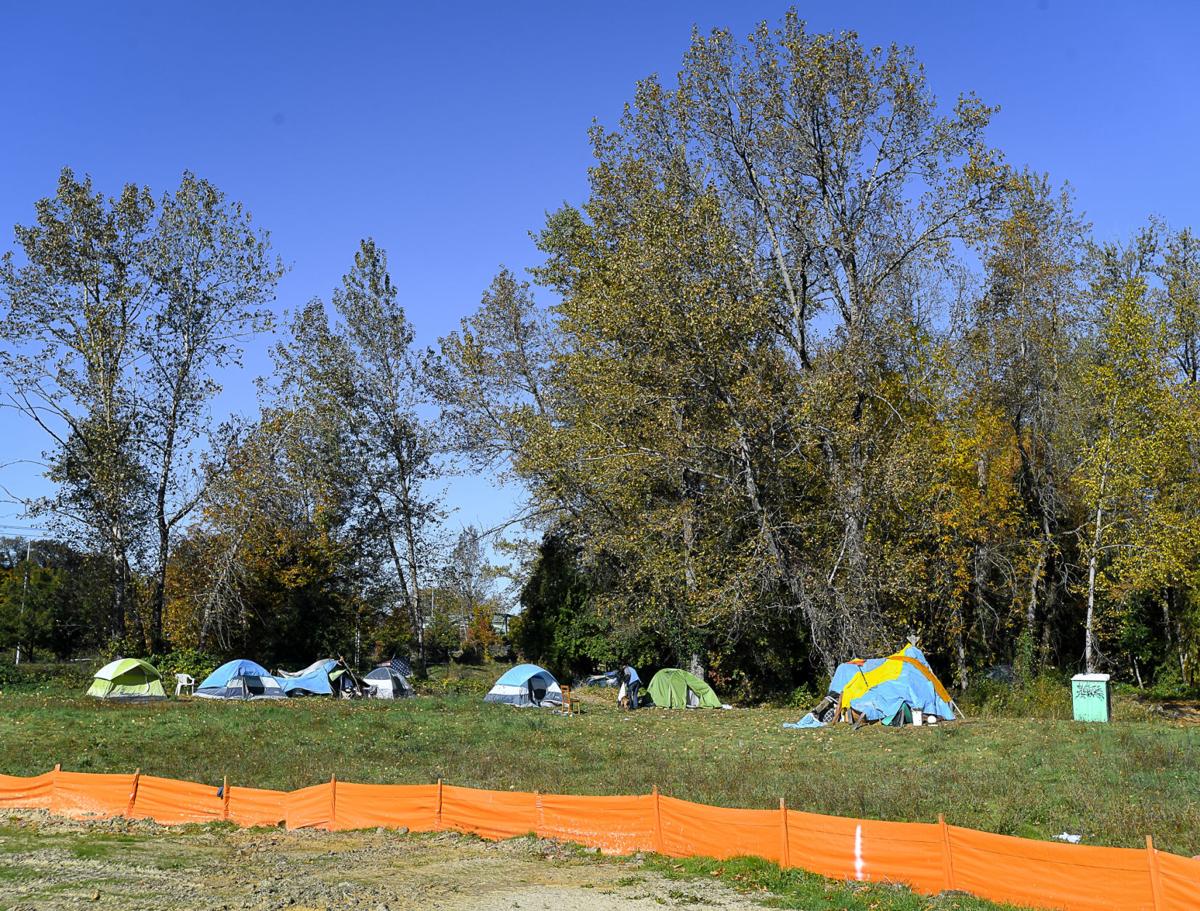 Here is a look at the tent city that has sprung up behind the Corvallis men's cold weather homeless shelter and at the nearby BMX track. The city might look to set up a "managed camping" facility in the area. 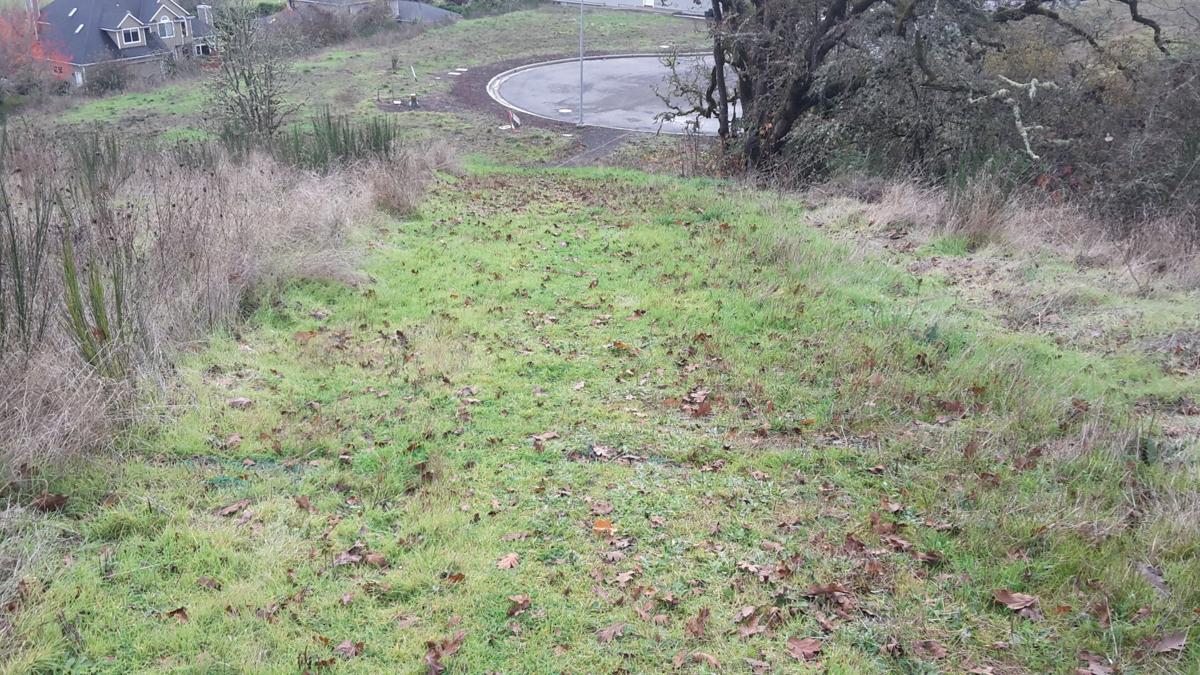 Here is a look down the steep slopes of a gravel and grass path in the Brooklane Heights subdivision in southwest Corvallis. The Corvallis City Council continued its discussion of the path at its Monday meeting and will do so again Dec. 7.

The Corvallis City Council wants to the city to take quicker action on homelessness.

Councilors passed a series of motions Monday night that they hope will make it easier to set up managed camping near the men’s cold weather homeless shelter and RV camping in Pioneer Park.

“We’re still in the COVID emergency,” said Ward 5 Councilor Charlyn Ellis, who led the discussion with a series of motions. “It’s only getting worse. Humanity demands that we do this."

Ellis’ first motion called for setting up a managed camp on city park land near the shelter and hygiene center on Southeast Chapman Place. The second motion calls for allowing RV and car camping in Pioneer Park.

Councilors also approved on an 8-1 vote a motion to continue cleanup of high-risk campsites by the Parks and Recreation Department. The high-priority sites pose safety and/or environmental issues.

Many questions remain unanswered, although the initiatives got a jump start when councilors voted 8-1 to approve $124,600 in federal CARES Act funding for the homeless camping. The money had previously been earmarked for the Benton Community Foundation.

Several councilors suggested looking for partners such as Benton County or the Oregon Department of Transportation, but finding partners takes time … “and we’ve got people sleeping in the mud,” Ellis said.

The issue seems destined to dominate the Dec. 7 meeting, with city staff directed to come back with a feasibility report on the council suggestions.

The homelessness issue also dominated the community comments section, with five individuals addressing the subject. Four of those commenting urged quicker action on the part of the council, with one of the residents expressing concerns about the impact of the Safe Camp at the First United Congregational Church of Christ on the West Hills neighborhood.

Brooklane Heights: Councilors again considered how to react to an appeal by the Brooklane Heights subdivision on a disputed multiuse path in the development in southwest Corvallis. Councilors spent more than two hours on the issue at its Nov. 2 session and another 45 minutes Monday night.

Councilors will have one last chance to unknot the matter at its Dec. 7 meeting because the 120-day state-mandated interval for this decision ends Dec. 9.

Brooklane Heights wants to leave the 325-foot path in its gravel and grass state despite slopes that approach 30 degrees. A motion by Ward 6 Councilor Nancy Wyse to require a paved path at city standards (no slopes in excess of 15%) passed on a 6-3 vote Nov. 2, but attempts to adopt formal findings and reaffirm that motion bogged down Monday as councilors put forward other approaches.

Republic Services: Waste-hauling and recycling pickup will increase starting Jan. 1. Rates will rise 2.68% for residential customers, 2.50% for commercial and 1.80% for industrial. The $2 per month fee to offset increased recycling costs will remain. Also, Republic is instituting $15 fines for contamination of recycling or organic collection carts. The fines will be imposed after a warning for first offenses.

Because the rate increases were less than 4% no council vote was required on that piece of the request as per the city’s franchise agreement with Republic. Councilors voted unanimously to support the contamination fines.

Thanksgiving: Mayor Biff Traber urged residents to stay safe during the upcoming holiday. “We need to take this seriously,” Traber said of the coronavirus. “Families can still enjoy Thanksgiving but they should not hold large gatherings. This is not the year to do that.”

Oregon's hospitals are in imminent danger of being overwhelmed by a rapid rise in the number of COVID-19 cases, state health officials said Friday.

Here is a look at the tent city that has sprung up behind the Corvallis men's cold weather homeless shelter and at the nearby BMX track. The city might look to set up a "managed camping" facility in the area.

Here is a look down the steep slopes of a gravel and grass path in the Brooklane Heights subdivision in southwest Corvallis. The Corvallis City Council continued its discussion of the path at its Monday meeting and will do so again Dec. 7. 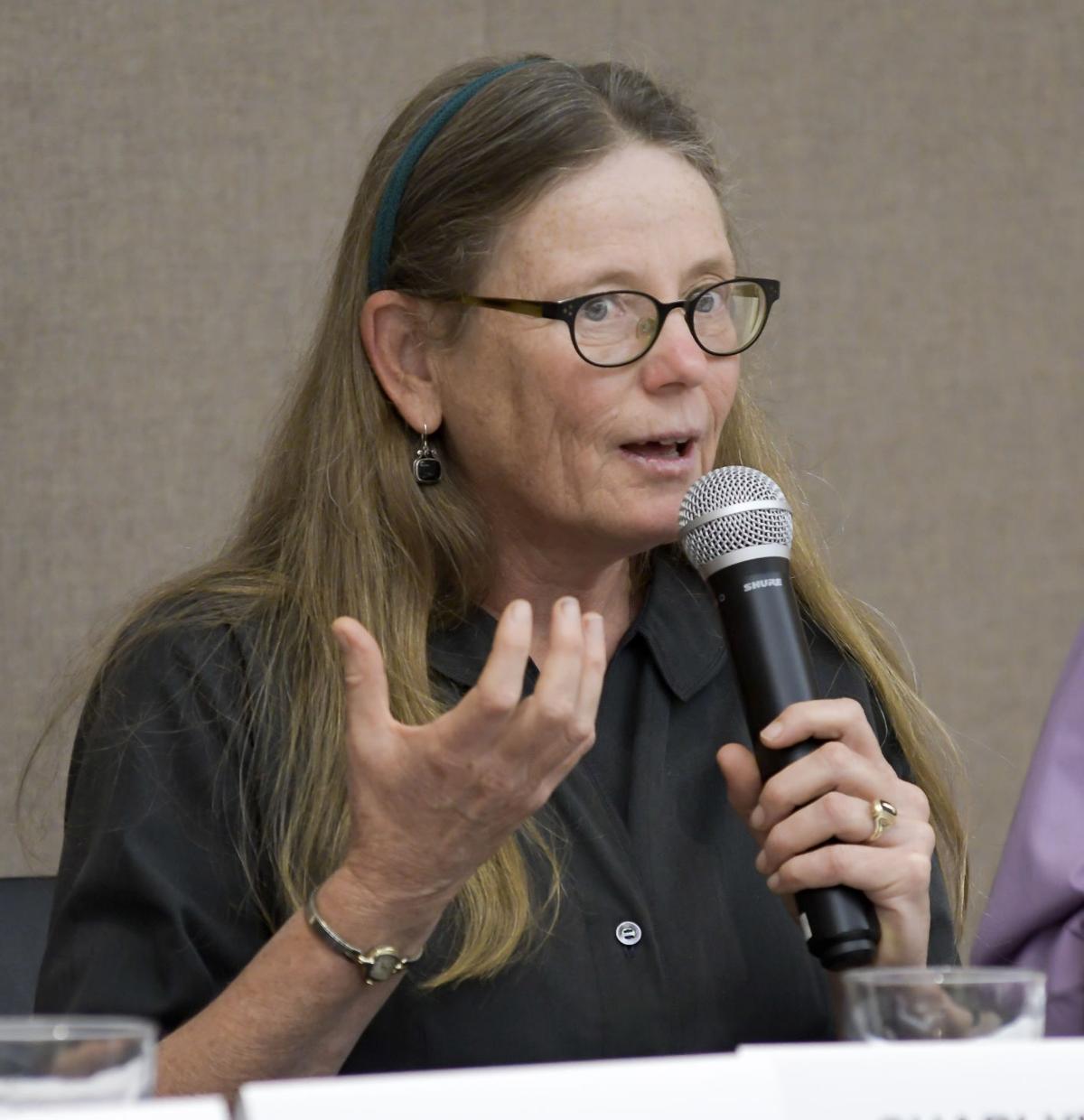