Laser blaster in hand and teammates at your side, you run from cover to cover, popping up to fire a few bursts at the incoming opposing team. Your friends are hit but you keep pressing forward, sweaty and breathing hard, firing on the objective until you clinch victory and glory.

In an era of first-person shooter video games and rising physical inactivity, laser tag games can get you out of the house, away from screens and monitors, and into some beneficial exercise while having fun. Soon you’ll be able to play laser tag at the Mid-Willamette Family YMCA in Albany.

“I’ve always wanted to create a great atmosphere for our youth, especially our teens, to ensure that they have a safe and secure environment that’s fun and affordable,” YMCA CEO Chris Reese said.

Reese and his staff researched opening a laser tag arena, checking out other facilities and the types of equipment used, settling on a newer brand, Battle Company, with an advanced format similar to popular shooting video games, allowing users to play scenarios and choose different equipment.

“This game has nuclear attacks, grenades, machine guns, sniper rifles, pistols,” Reese said. “It gives you the full gamut, like you’re playing a video game at home, but you’re actually running around getting physical activity with it as well.”

An advocate for boosting physical and mental health by getting off the couch, Reese is a retired U.S. Army colonel who served as a helicopter pilot with 160th Special Operations Aviation Regiment (the Night Stalkers). The father of three has lived in the community for 16 years, owns Southpaw’s Pizza and Sports Bar, and has been the CEO of the Mid-Willamette Family YMCA since 2019.

After being sent to Keizer to play laser tag (for science, of course), 15 of Reese’s staff members ranging from teens to 60-year-olds reported back that they were exhausted and thrilled from the most excitement they’ve had in a long time. It’s a game for all ages to enjoy.

“Getting people up and active is what the YMCA is all about,” Reese said. “The more you’re up and running around – our seniors will tell you – the longer you live.”

The laser tag arena will be a versatile space that allows for a roller skating season as well. The 50 mobile inflatable obstacles will be easy to set up and remove, and could also be used for airsoft games. Reese said the whole course can be assembled in under three minutes.

“This is the most advanced, most technologically sound, most relevant to today’s kids and what gaming they’re playing,” he said.

The schedule isn’t set, but Reese is considering Thursdays through Saturdays. Laser tag games will start in the two main gyms at the YMCA campus until the arena is finished. The game’s system is such that it can be moved to different facilities or played outdoors. Cost could be around $20-$25 for an hour with 50 blasters available.

Versatility is the name of the game for the YMCA. With a 20,000-square-foot warehouse, Reese said 11,000 square feet will be used for the multipurpose room. He expects it to be ready by February at the latest. Pandemic precautions and guidelines will be observed, as they are throughout YMCA facilities.

“Creating an adaptive, flexible, versatile environment will allow idea sharing across our community,” Reese said. “Do you want to square dance? Do you want to play dodgeball? We’re putting a sports court in that’s $190,000 – it’s free, we’re getting that from a roller skating company – that we can play basketball in.”

Laser tag isn’t your game? What about ice skating? Reese said a new ice rink is in the works to join the multitude of activities at his facility. Before Christmas, he plans to unveil a six-month ice skating attraction, 120 by 50 feet, which could grow into building a permanent full-size rink.

“We’re already laying the groundwork. We already put the electrical in for it, the parts are already here,” he said. “The building starts in a week. We’re hoping to be up and running by Dec. 10.”

How Hanukkah is celebrated in the mid-Willamette Valley

OSU Board of Trustees to talk president search, Reser videoboard

Here's how to attend the meeting.

To Your Good Health: Diabetes complicates COVID risks with or without vaccine

DEAR DR. ROACH: I'm a 67-year-old male who was recently diagnosed with diabetes. I have had both Moderna doses for COVID-19. I have read all a…

The old saying "not to decide is to decide" played out Tuesday in Oregon's races for governor and Congress.

Albany's Downtown Twice Around Christmas Parade returned on Sunday, Dec. 5 with 25 entries, including Caesar the No Drama Llama, a semi-truck …

WATCH NOW: Bruce Miller sits down to talk with Oscar nominee Diane Warren about her success

WATCH NOW: Bruce Miller sits down to talk with Oscar nominee Diane Warren about her success 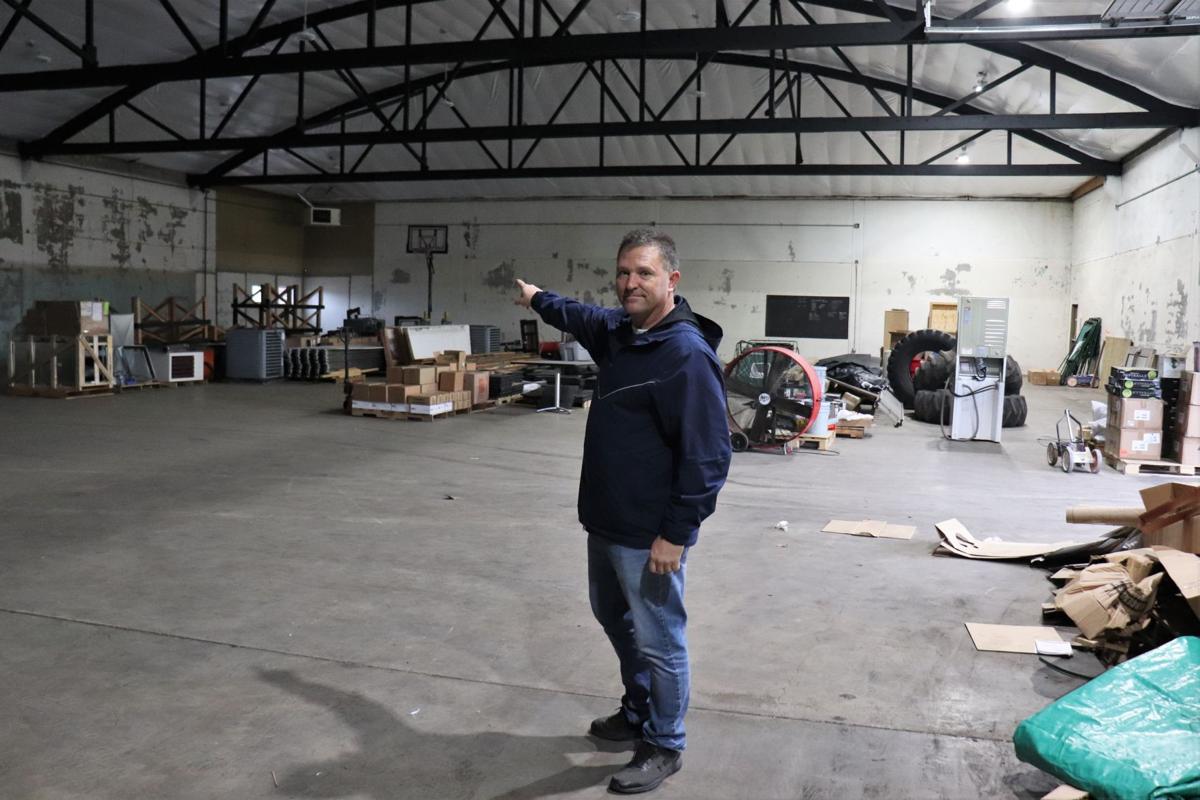 CEO Chris Reese shows off the warehouse space that's becoming a multipurpose area for laser tag and other activities. 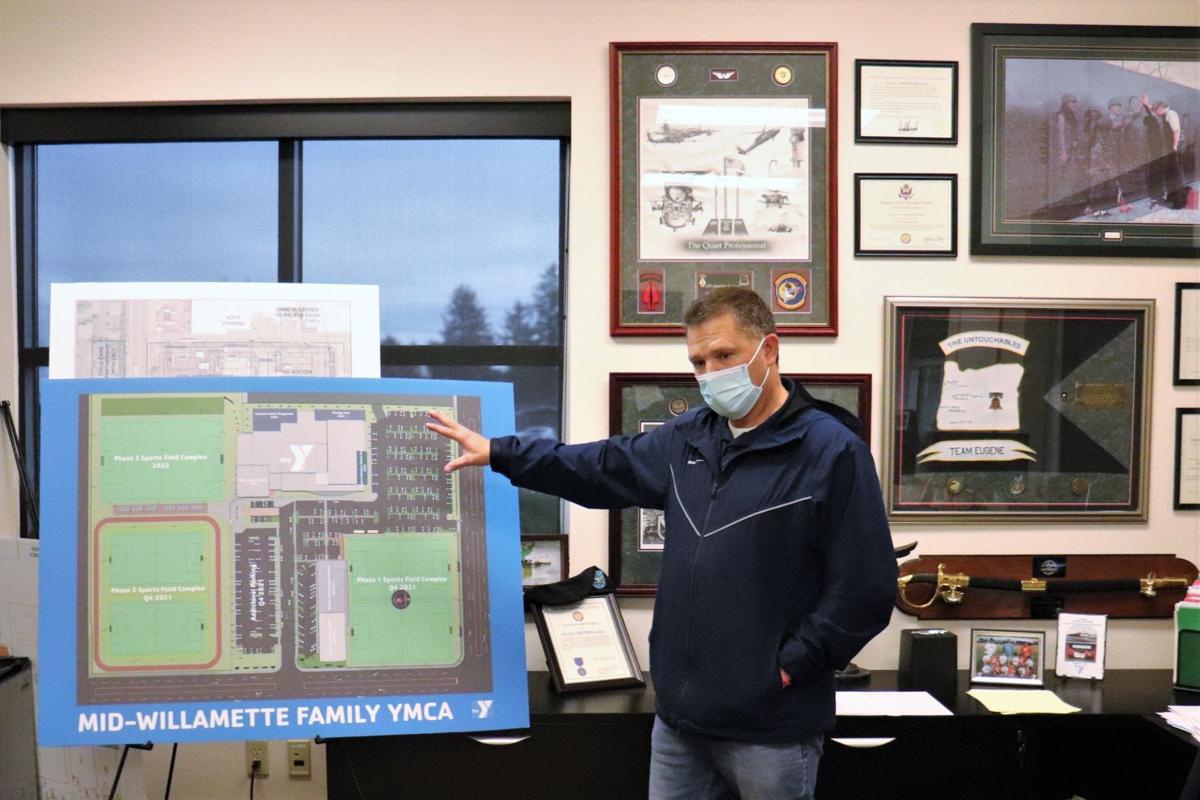