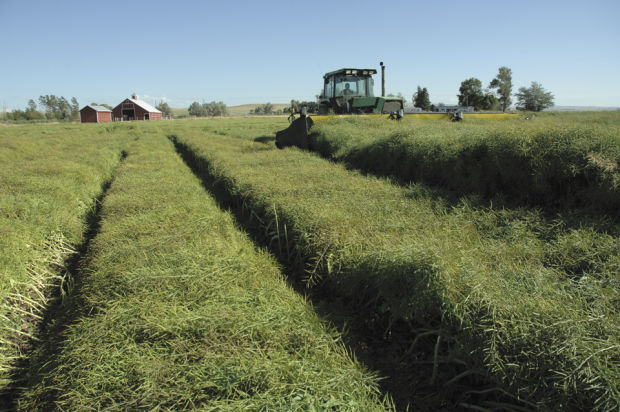 A field of canola is shown in Hermiston, Oregon. (Photo courtesy of Lynn Ketchum) 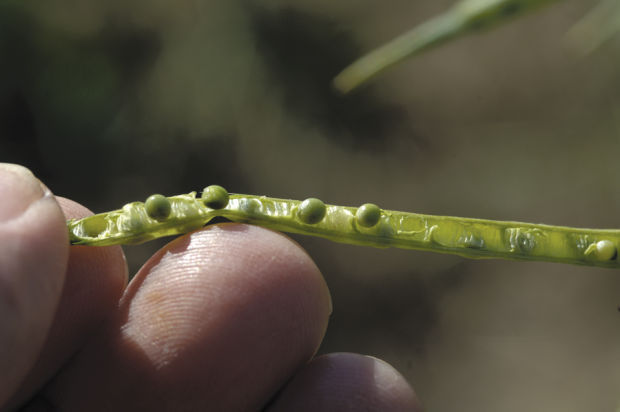 A bill to keep commercial canola production out of the Willamette Valley for at least five more years cleared the Legislature today and now goes to the governor’s desk for signature.

The Oregon Senate voted 18-12 on Monday to pass the measure, which cleared the House on an equally close vote last week.

“I am just delighted,” said Rep. Sara Gelser, D-Corvallis, one of the bill’s chief sponsors. “This is a big win for specialty seed farmers in the Willamette Valley.”

The Willamette Valley has a worldwide reputation for producing high-quality vegetable and flower seeds, and specialty seed growers reacted with dismay this spring when the Oregon Department of Agriculture lifted a longtime ban on planting canola in the region.

Grass seed farmers favor canola as a rotation crop that also can produce income. The seeds can be crushed for making cooking oil or biodiesel.

But specialty seed producers argued that canola can readily cross-pollinate many of the crops they grow, including radish, cabbage, mustard, broccoli and chard, contaminating their seed lots and threatening their livelihoods.

They also fretted that planting the oilseed crop near their fields could introduce new pests and diseases and pose a risk of “gene drift” from the genetically modified canola varieties favored by commercial growers.

House Bill 2427 makes it illegal to plant commercial quantities of canola anywhere in the valley until 2019, when the measure will sunset unless extended by the Legislature.

At the same time, the law appropriates $700,000 for a study by Oregon State University researchers to determine the compatibility of canola and other members of the brassica family with established Willamette Valley seed crops.

OSU researchers will be allowed to plant up to 500 acres of canola each year in the valley as part of the study.

Frank Morton of Wild Garden Seed in Philomath said it was “a heavy lift” to get the bill through the legislative process, noting that the measure could have died at several points along the way.

“But despite that, the best thing about it is that the public and the Legislature got their first good education on the importance of Oregon to the world seed supply,” said Morton, who grows organic vegetable seeds for global markets.

“In the end, I think everyone will be happy we’ve been able to preserve the Willamette Valley as a seed-producing region.”

Friends of Family Farmers, a Molalla-based nonprofit that led a coalition of seed producers, fresh vegetable growers and organic farmers working to overturn the ODA canola rule, hailed Monday’s vote as a victory.

“The Legislature has made a strong statement that we need to protect our valuable specialty seed industry in the Willamette Valley,” the group’s policy director, Ivan Maluski, said in a written statement.

“The Oregon Department of Agriculture rushed too quickly to open up the Willamette Valley Protected District to canola, and the Legislature has established new safeguards to ensure that the specialty seed, organic and other agricultural industries are not harmed.”

Reporter Bennett Hall can be contacted at 541-758-9529 or bennett.hall@gazettetimes.com.

A man who was critically hurt in a three-vehicle crash on Jan. 2 has died, according to a news release from the Albany Police Department.

Snow likely in the mid-valley next week

The chance of snow in the mid-valley has moved from slight to likely.

Snow routes and delays for Wednesday

Here's a look at school districts with delays and snow routes for Wednesday.

An Albany man's hopes to make money with some eBay items went up in smoke Wednesday morning as he drove to Lebanon.

Girl hit by car in Corvallis dies of her injuries

The girl who was struck by a car while crossing a busy street in Corvallis on Wednesday night has died, the Corvallis Police Department report…

A field of canola is shown in Hermiston, Oregon. (Photo courtesy of Lynn Ketchum)