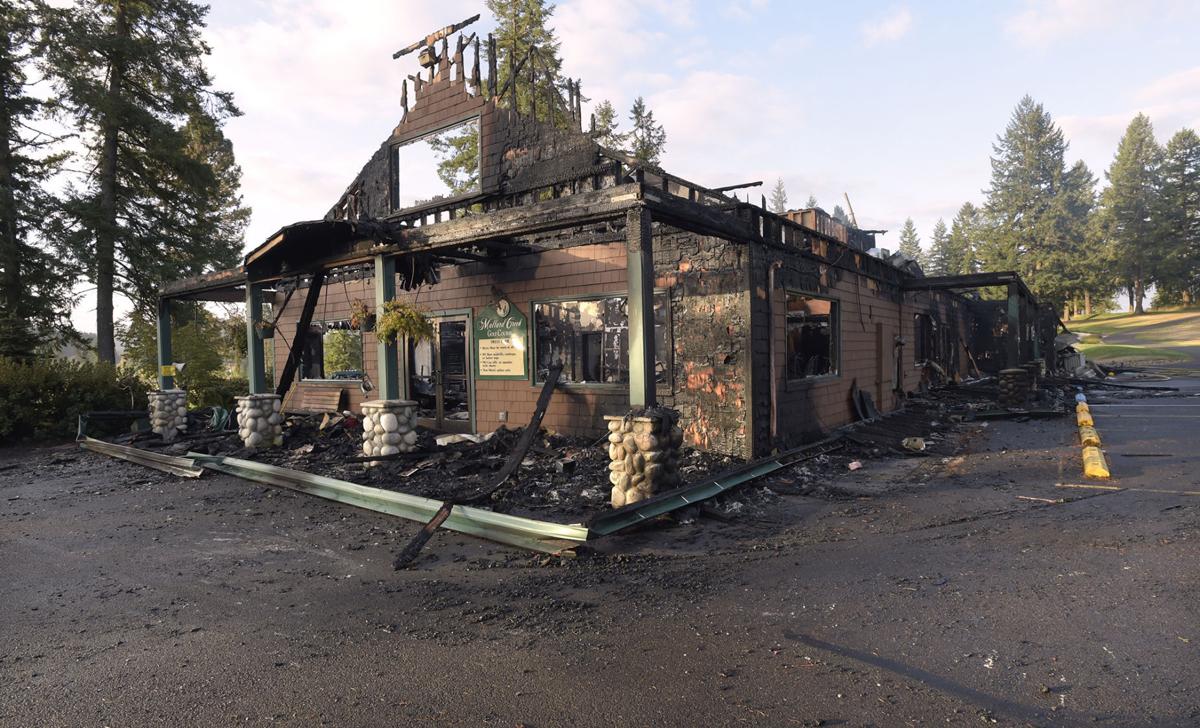 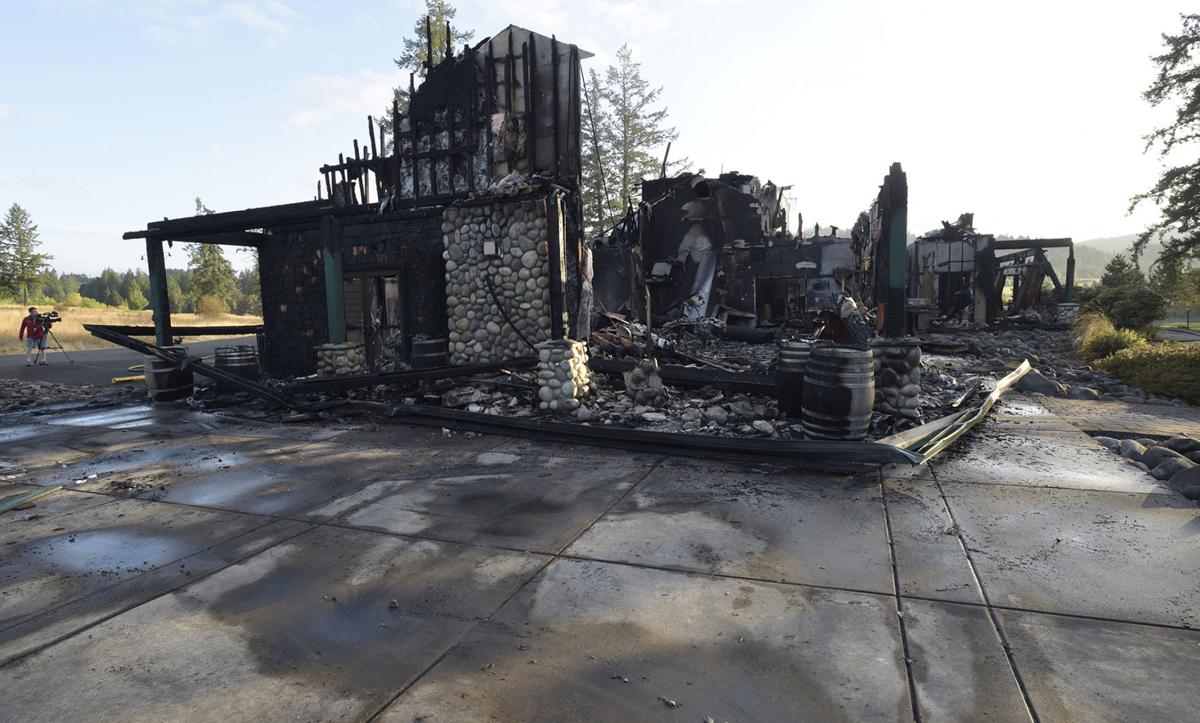 A fire destroyed the clubhouse at the Mallard Creek Golf Course & RV Resort, about eight miles east of Lebanon at 31966 Bellinger Scale Road, on Monday night.

The skeletal remains of the structure were left charred and smoldering on Tuesday morning, as investigators scoured the scene.

They determined that the cause of the fire was an electrical malfunction in a circuit breaker. Empty spaces that couldn't be accessed easily in the building helped the flames spread and hampered firefighting efforts, according to a news release.

The building housed a pro shop, restaurant, bar and offices, and the preliminary loss value is about $1.3 million, said Jon Davis, fire prevention specialist for the Lebanon Fire Department.

About 35 firefighters from Sweet Home, Brownsville, Tangent, Albany, and Scio assisted with the three-alarm blaze, he added.

“When they arrived, there was a well-established fire in the building,” Davis said. The flames were brought under control at about 2:30 a.m.

Most of the mutual aid units were water tenders, as the nearest fire hydrant was five miles away.

On Tuesday morning, the RV park and golf course remained open, and several people were hitting the links despite a lingering smell of smoke.

Tonn Cummins’ family owns the course, which opened in 2000. He said the clubhouse was built about 15 years ago. “I spent quite a bit of time out here,” he said.

He was glad no one was injured. “Fires are so unfortunate, but it is just a building. … Seems like we have a lot of support, and that’s important,” Cummins said.

Lori Middleton, who manages the restaurant, said the fire appeared to have started in that area of the building.

“To drive up and see it was just so sad, so sad, because it’s like home. It’s a little crazy,” she said.

Daniel Mares of Albany has been a member of Mallard Creek for 10 years, and he was finishing up a round of golf on Tuesday morning.

“It’s kind of a shame. That facility was nice,” Mares said.

He said he joined Mallard Creek because it was inexpensive, and liked the organization because it was less like a country club, and more like a club out in the country. “Everybody’s really nice,” Mares said.

Jo Stallard of Auckland, New Zealand, was staying at the RV park and said the fire was spectacular and chaotic. “There were fire units all over the place,” she said.

Come Jan. 1, Jim Yon will no longer be sheriff of Linn County. He tendered his resignation Tuesday morning and made it official before the Boa…

A Jefferson man died in a car crash in Marion County on Monday, Nov. 22, according to a news release from Oregon State Police.

The Linn County Sheriff’s Office responded to a helicopter crash near Scio on Monday afternoon, Nov. 22.

The search bears fruit: There is a pay phone in Halsey!

The city wants to know: How do you envision East Albany?

The city of Albany wants community members to share their thoughts about the future of east Albany.

An elderly female bicyclist was killed in a traffic crash west of Philomath on Highway 34 Sunday morning, according to the Benton County Sheri…

Unvaccinated asymptomatic students may now to continue attending school after a known exposure, the Oregon Health Authority announced on Tuesday.

Kyle Rittenhouse is 18 years old. On Aug. 25, 2020, when Rittenhouse killed two men during a night of civil unrest in Kenosha, Wisconsin, he w…

Three families who live near Hazelwood Park joined together to buy it from the city of Albany for $120,000 in September.

Analysis: Trial to focus on Maxwell, not Epstein

Analysis: Trial to focus on Maxwell, not Epstein