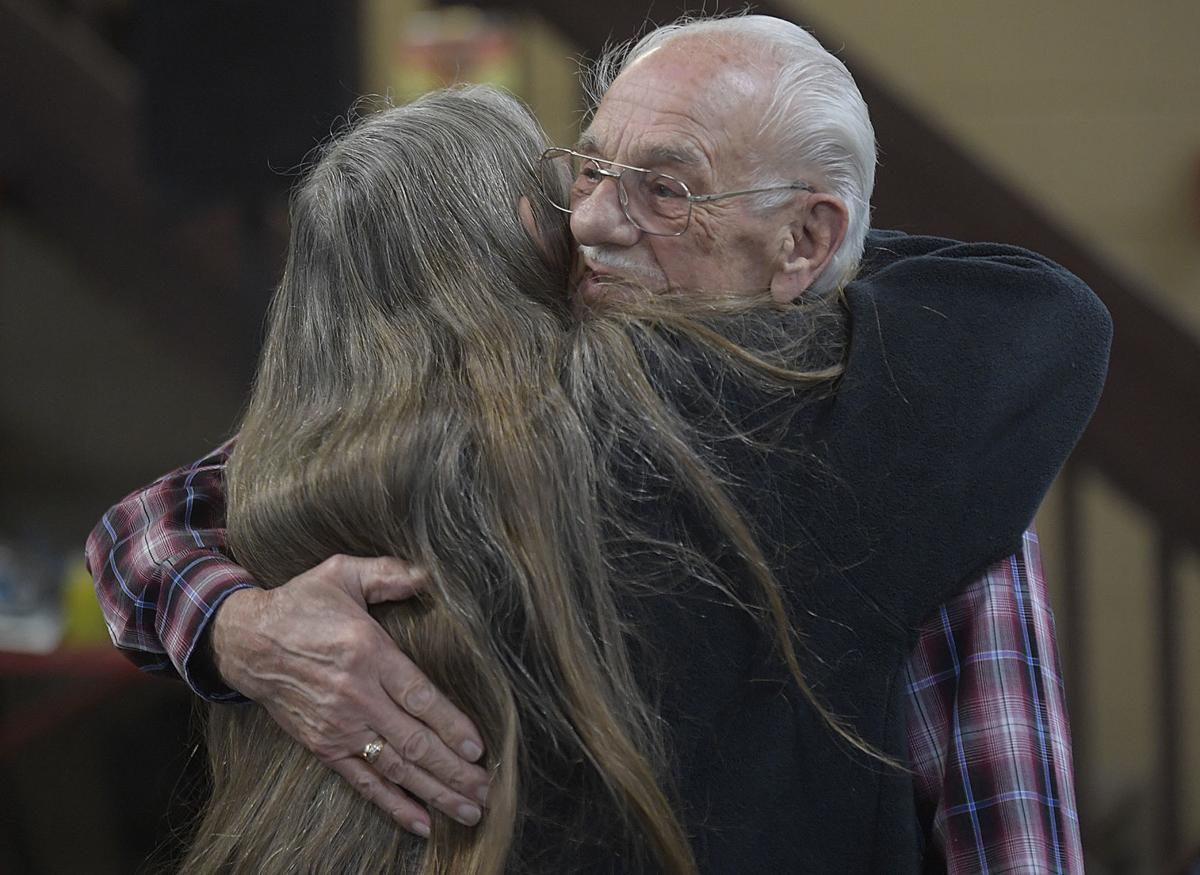 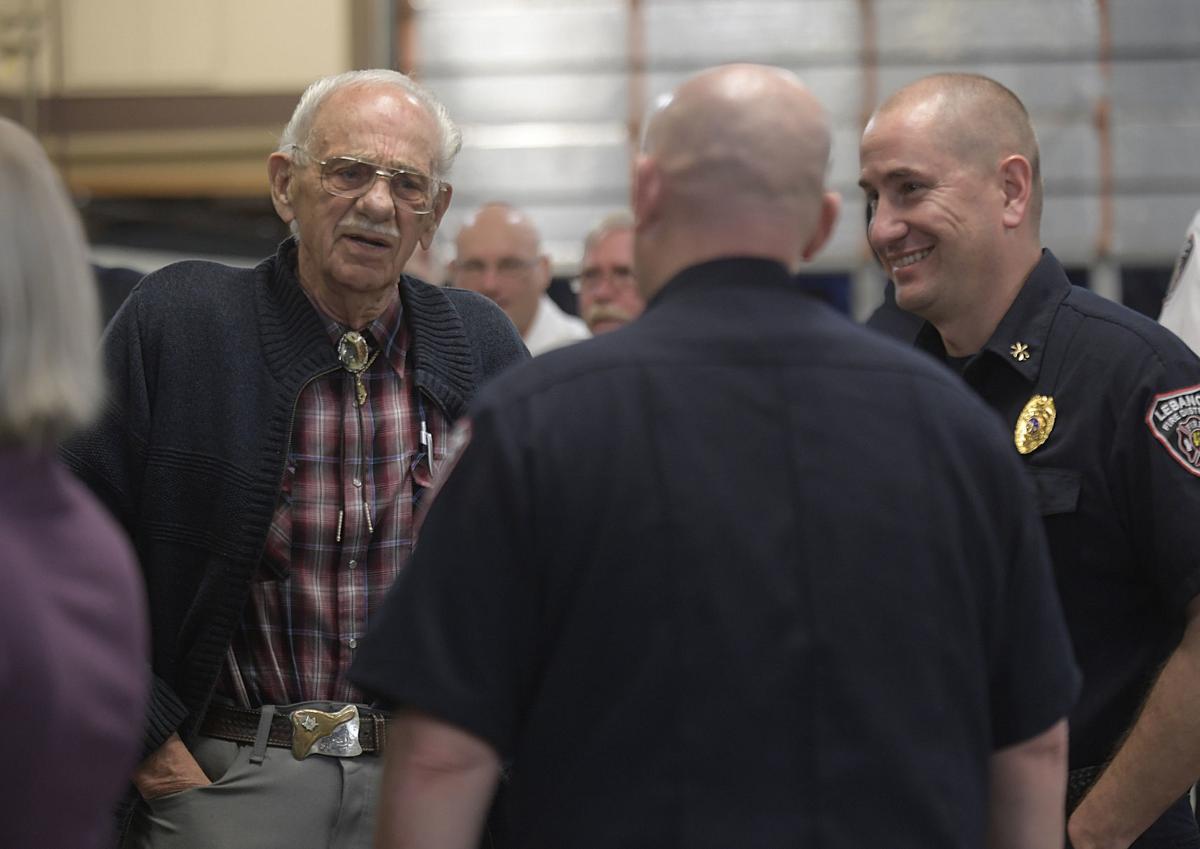 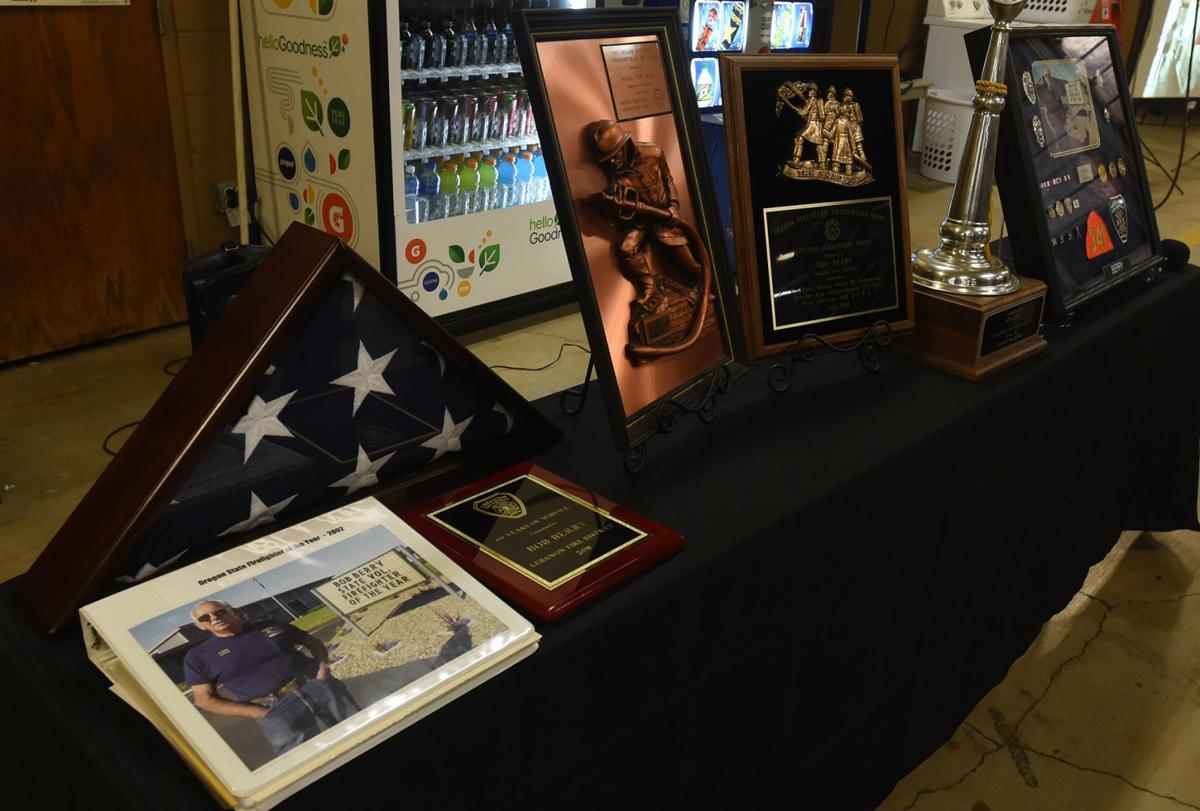 Momentos of a career that lasted more than six decades serving the people of Lebanon. 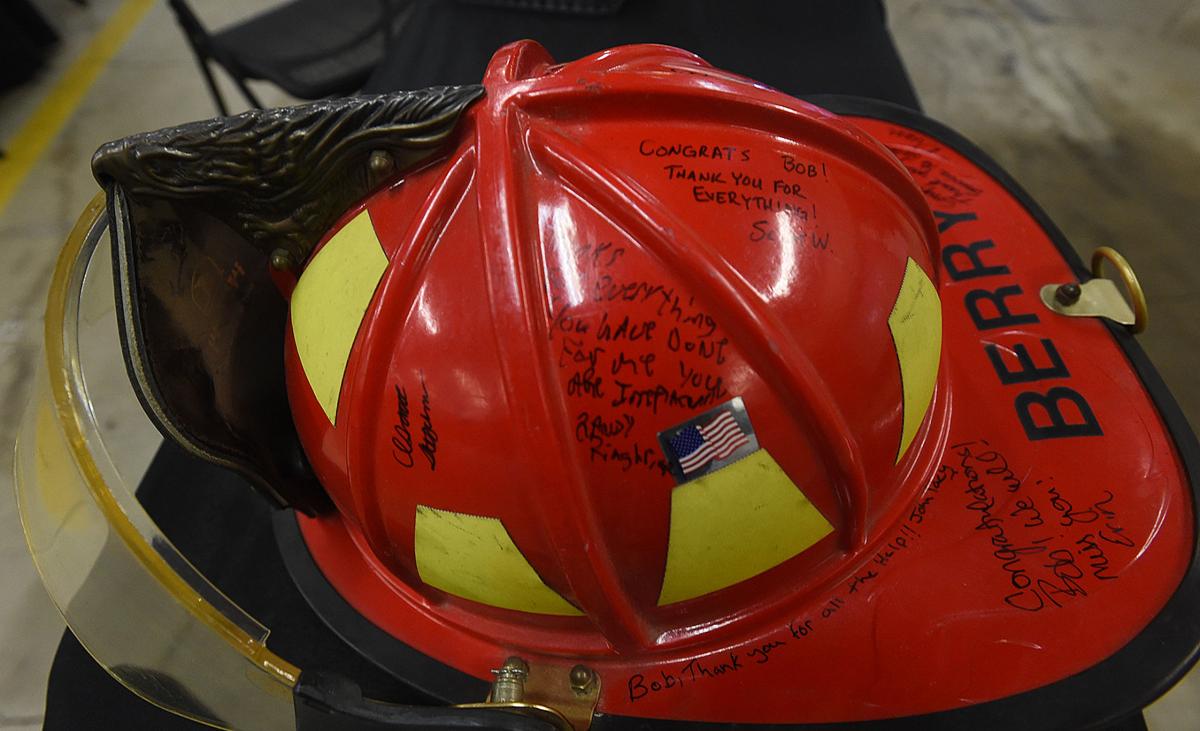 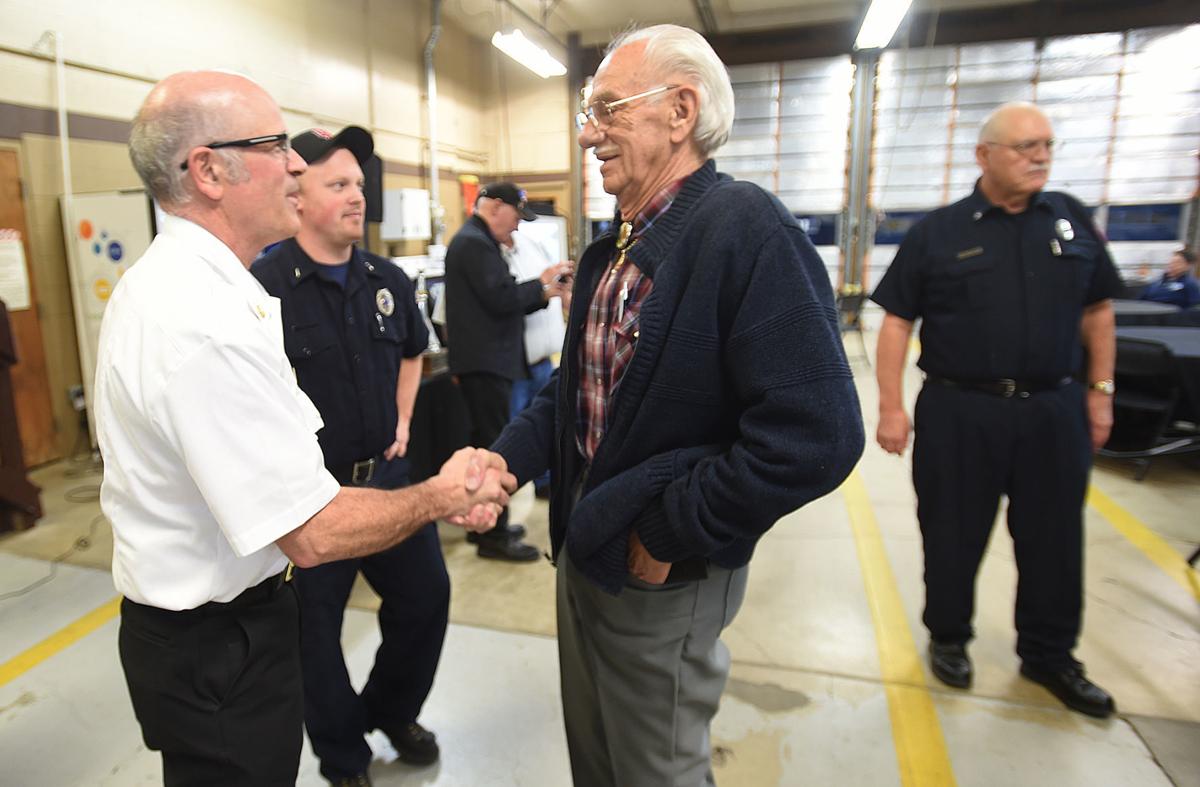 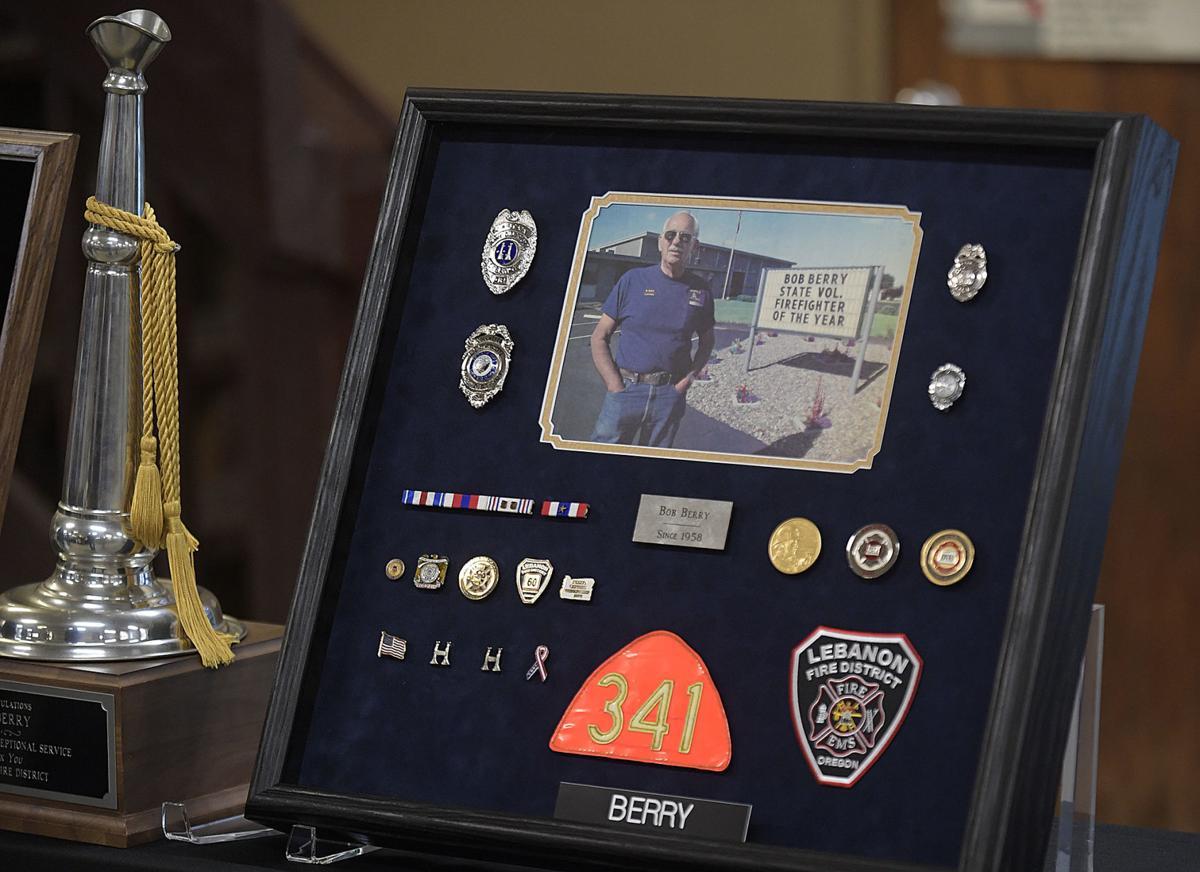 The-88-year-old moved here from Washington when he was two-and-a-half, and while Oregon isn’t technically his homestead, his devotion to the community is boundless.

Last Thursday, the Lebanon Fire Department marked Berry’s service with a party, topping off his 61 years with the department.

“He’s just a great guy,” said Division Chief Jason Bolen. “He’s been a mentor to a lot of people and done a tone of training. He’s always been there. He’s a real joy to work with.”

But Berry hung up his hat that day, seven years after he stopped responding to fires.

“When I got over 80, it became a bad situation to respond,” he said.

In the subsequent years, Berry handled a lot of training for the department and still took part in drills.

But that’s not what he’ll miss when he says goodbye to the station he’s reported to for more than 60 years. The station he first heard about through the grapevine.

“It’s something my friend was doing,” he said. “It sounded interesting and a way for me to help the community. I learned a lot there about protecting my house and family.”

When Berry started at the department in 1958, there were just four paid staff positions: the fire chief and three firefighters. The rest? Volunteers like Berry, who worked a day job at Franz Bakery in Albany for 33 years.

He said when he started at the department, personnel worked 24-hour shifts, much like they do now. But the times, as they always do, have changed.

“We had no protective gear whatsoever,” he said. “No gloves, nothing. Just what you were wearing at the time.”

The community came out to thank Berry and mark his service. That's what he'll miss the most as he fills his time doing work around the house and traveling: the people.

“I’m going to miss the camaraderie” he said. “All the friends I have there. We really are like a family. We have each other’s backs and are always there for each other.”

Story Next Door: A song (and bear) for Christmas

Hazel Carver grew up in a town at the end of a road that didn’t exist. It hadn’t been built yet.

Momentos of a career that lasted more than six decades serving the people of Lebanon.