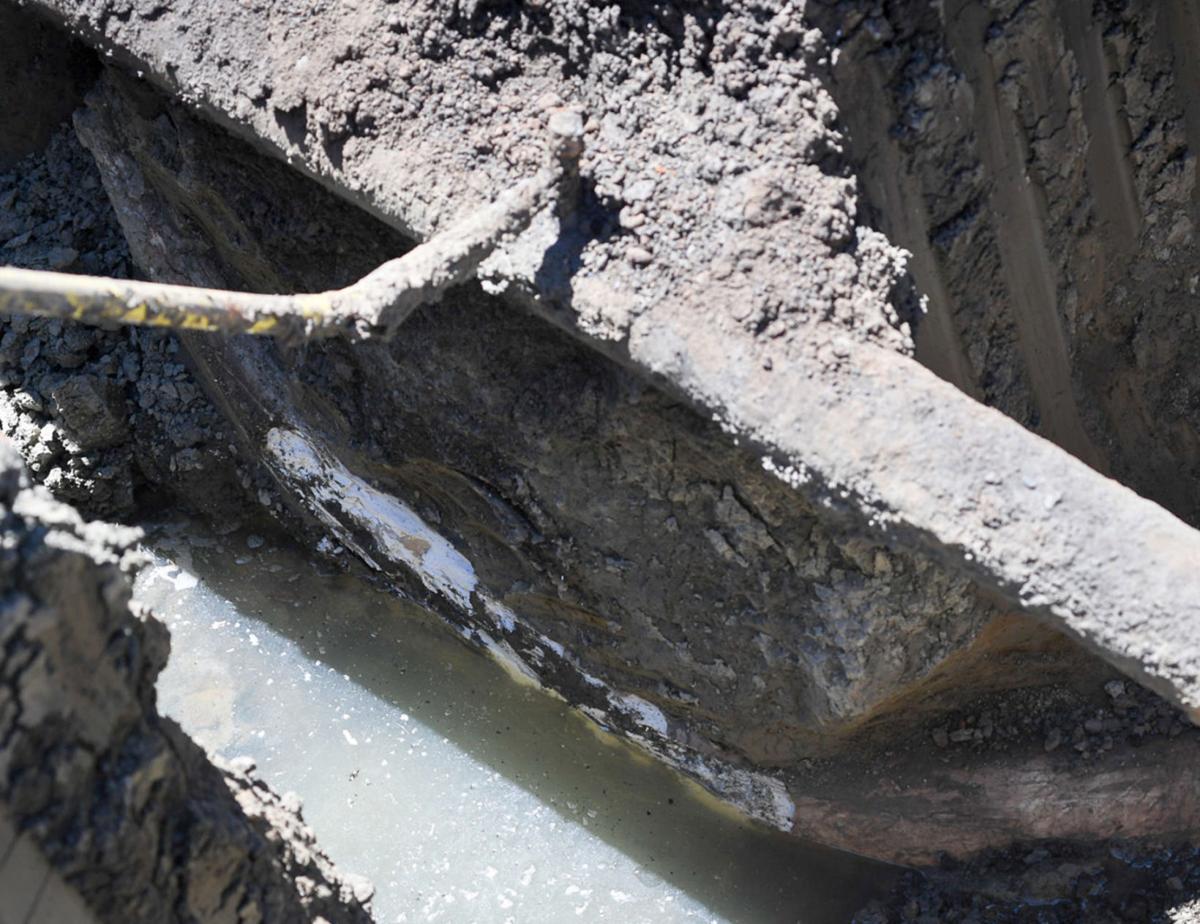 Here is a look at the trench where NW Natural crews found a Woolly Mammoth tusk in Corvallis. The tusk extends from the upper left of the photo, sweeps below the pipe and curves toward the right side of the photo. 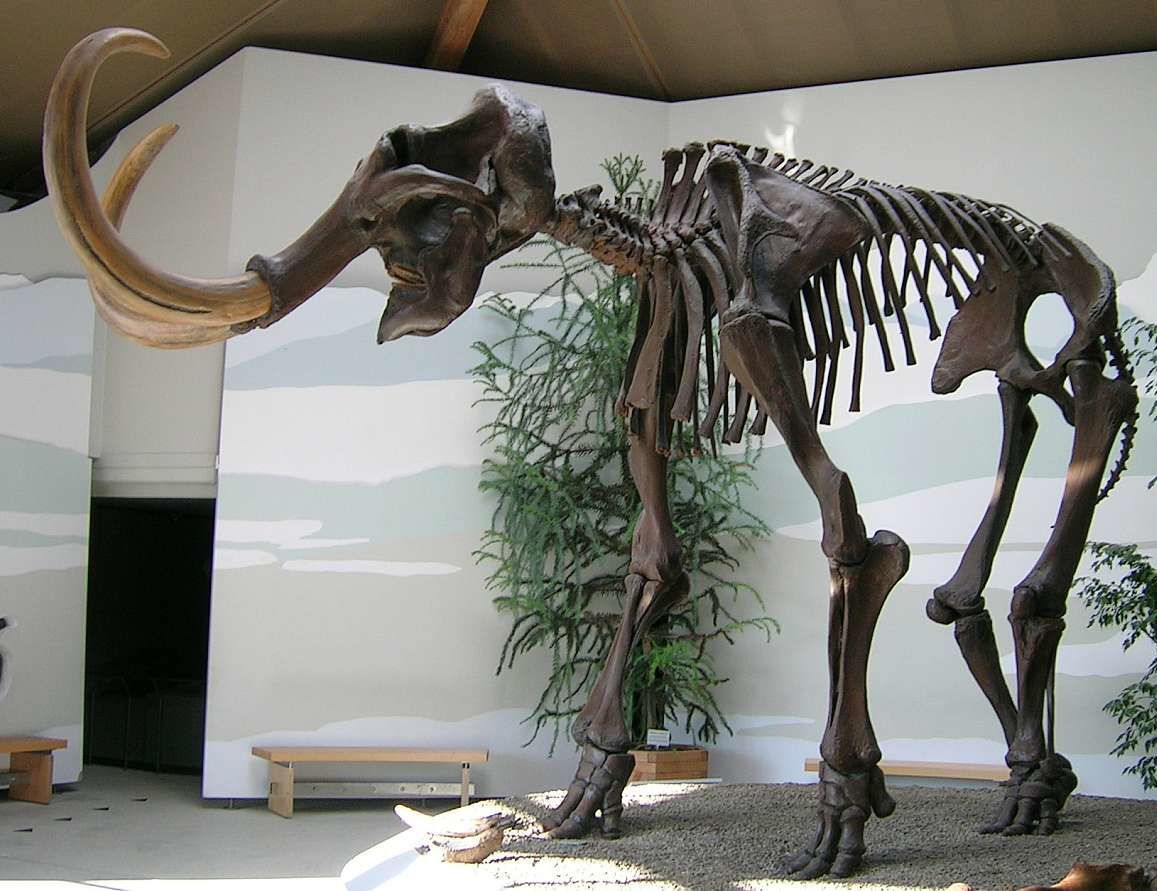 Here is a look at a woolly mammoth skeleton that was unearthed in Siegsdorf, in the Bavarian state of Germany. 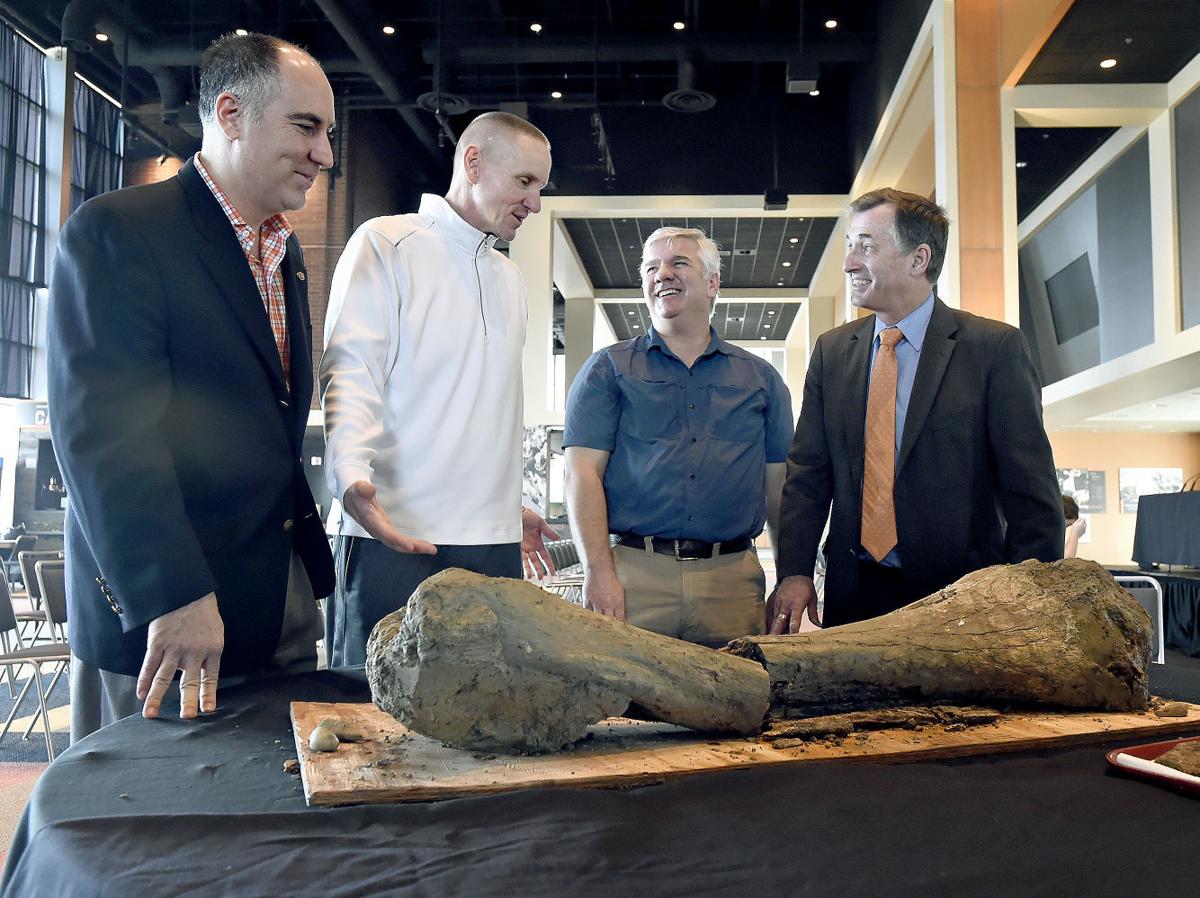 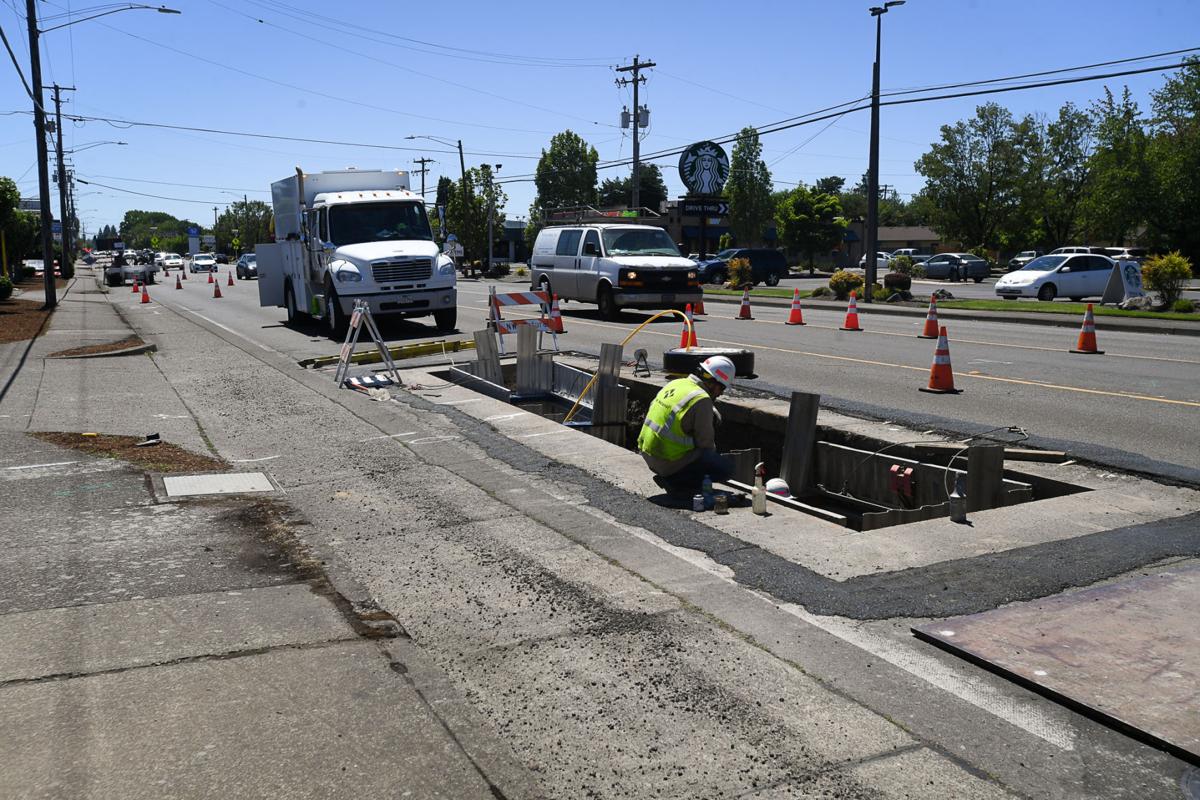 Here is a look at the trench where NW Natural crews found a woolly mammoth tusk last week in Corvallis. The trench has been sealed. 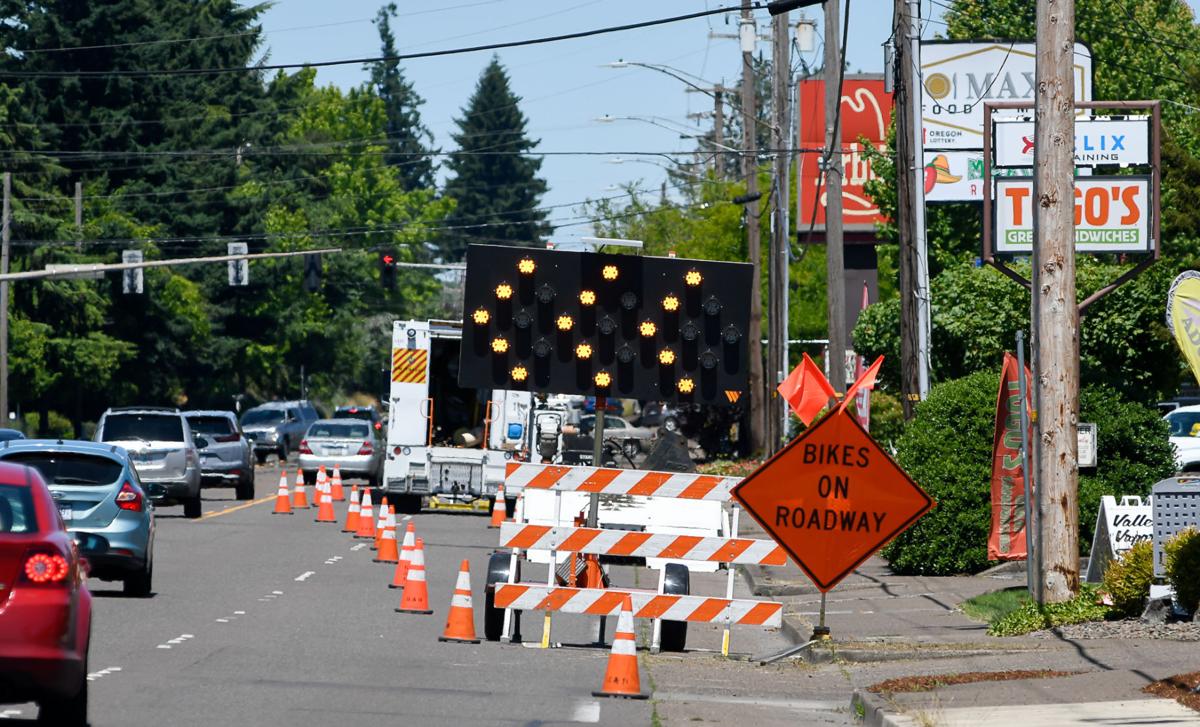 In January, 2016, some remains, including an intact femur, or upper leg bone, of a woolly mammoth were uncovered during Reser Stadium expansion work.

Tuesday, NW Natural crews found the tusk of a woolly mammoth at a construction site on Northwest Ninth Street near the site of old Izzy’s.

NW Natural was re-routing a gas pipeline at the request of the city of Corvallis, which will be doing water line and storm drain work in the area next spring and summer.

“While performing excavation work Tuesday, our crews found something that may be animal remnants,” said NW Natural spokesperson Elaina Medina. “Whenever doing this type of work, our crews are very careful to keep any eye out for any type of materials they may find while working that could be fragile or historic.

“As is our protocol, we stopped work immediately and contacted the property owner, as well as state agencies, to report the discovery and to begin an investigation to identify what was found.”

The property owner, because the work is being done in the right of way, was the city of Corvallis. Public Works project manager Jeff McConnell immediately reached out to Oregon State University’s Loren Davis, an anthropology professor in the College of Liberal Arts who directs a research group that focuses on archaeological sites from western North America that date from the Pleistocene era, more than 12,000 years ago.

Davis, with help from other OSU researchers, played the lead role in identifying the Reser remains. Davis came out to Ninth Street and confirmed that what was is the trench was the tusk of another woolly mammoth.

“It is very similar to the Reser find,” Davis said. “The area has the same type of clay deposits as at Reser.”

Davis also noted that the mammoth probably was buried in the great Missoula floods of the Pleistocene era.

“It’s a bit of a mystery,” said Davis about the disappearance of the mammoth, which co-existed with early humans. “The world was changing structure to a post-glacial one. People also were present. There might have been environmental factors as well as hunting pressure. It could be lots of things.”

Early humans who used mammoth bones and tusks for making art, tools, and dwellings, and hunted the species for food.

Davis said that such mammoth finds are not that uncommon, noting in the past 20 years or so there have been discoveries in the Kings Valley area of Benton County, two in Woodburn, one in Hillsboro and also a mastodon, a somewhat close relative to the mammoth, in Tualatin.

Davis also said he often receives calls from farmers who have uncovered a piece of tusk or bone.

McConnell and the city also took advantage of Davis’ expertise on backfilling and securing the tusk, which is about 6 feet down in the trench. McConnell also noted that “the tusk extends into the trench wall and there could be more (pieces) in there.”

No decision has been made regarding the ultimate status of the tusk. NW Natural has completed its work, and the trench has been sealed.

“We’re in a pretty early stage of the decision,” McConnell said. “OSU was really good about working with us. They came out right way and we really appreciated that.”

Behavior: Similar to that of modern elephants. It used its tusks and trunk for manipulating objects, fighting, and foraging.

Habitat: The mammoth steppe, which stretched across northern Eurasia and North America.

Construction workers found mammoth bones while working on the Valley Football Center Jan. 25. The next day the story broke in the news and got…

A 49-year-old woman from Linn County has been added to Oregon’s COVID-19 death toll, the Oregon Health Authority announced on Monday.

Richard Spinrad, an Oregon State University professor and former vice president for research, has been confirmed by the U.S. Senate to be unde…

Research by an Oregon State University graduate student has shed new light on the status of a toad previously thought to be endangered.

Here is a look at the trench where NW Natural crews found a Woolly Mammoth tusk in Corvallis. The tusk extends from the upper left of the photo, sweeps below the pipe and curves toward the right side of the photo.

Here is a look at a woolly mammoth skeleton that was unearthed in Siegsdorf, in the Bavarian state of Germany.

Here is a look at the trench where NW Natural crews found a woolly mammoth tusk last week in Corvallis. The trench has been sealed.