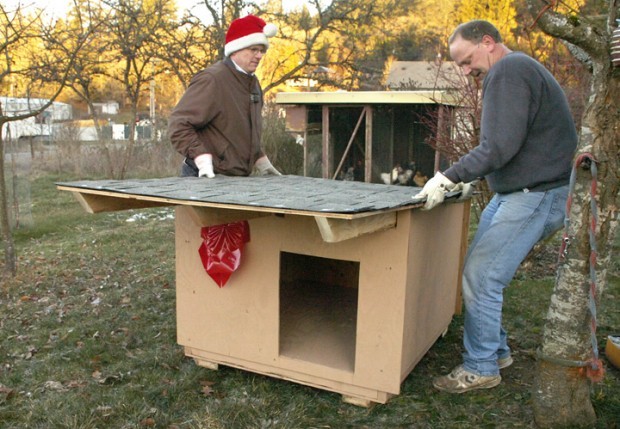 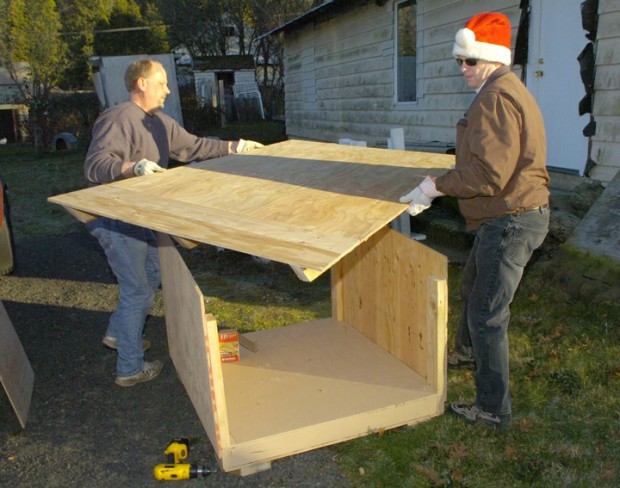 Jeff Otto of Albany (in Santa hat) and Steve Liddle of Portland assemble a house for a dog in Sodaville on Thursday afternoon.

The house was a gift from Fences for Fido, a Portland-based nonprofit whose primary mission is fencing in yards for families who otherwise would have to keep their dogs on chains.

Former mid-valley resident Kelly Peterson, who now lives in Portland and works for the Humane Society of the United States, is the contact for the group, which formed late last spring and has since built an average of two fences per month, including one in Albany in November.

On Thursday, Fences for Fido also presented a new house to a dog in Lebanon, one of two dozen the group is giving away this holiday season. The group will return to the mid-valley Jan. 30 to build a fence in Lebanon.

There's still no traffic signals in the city, but some say it has lost the peace and tranquility that attracted them in the first place.