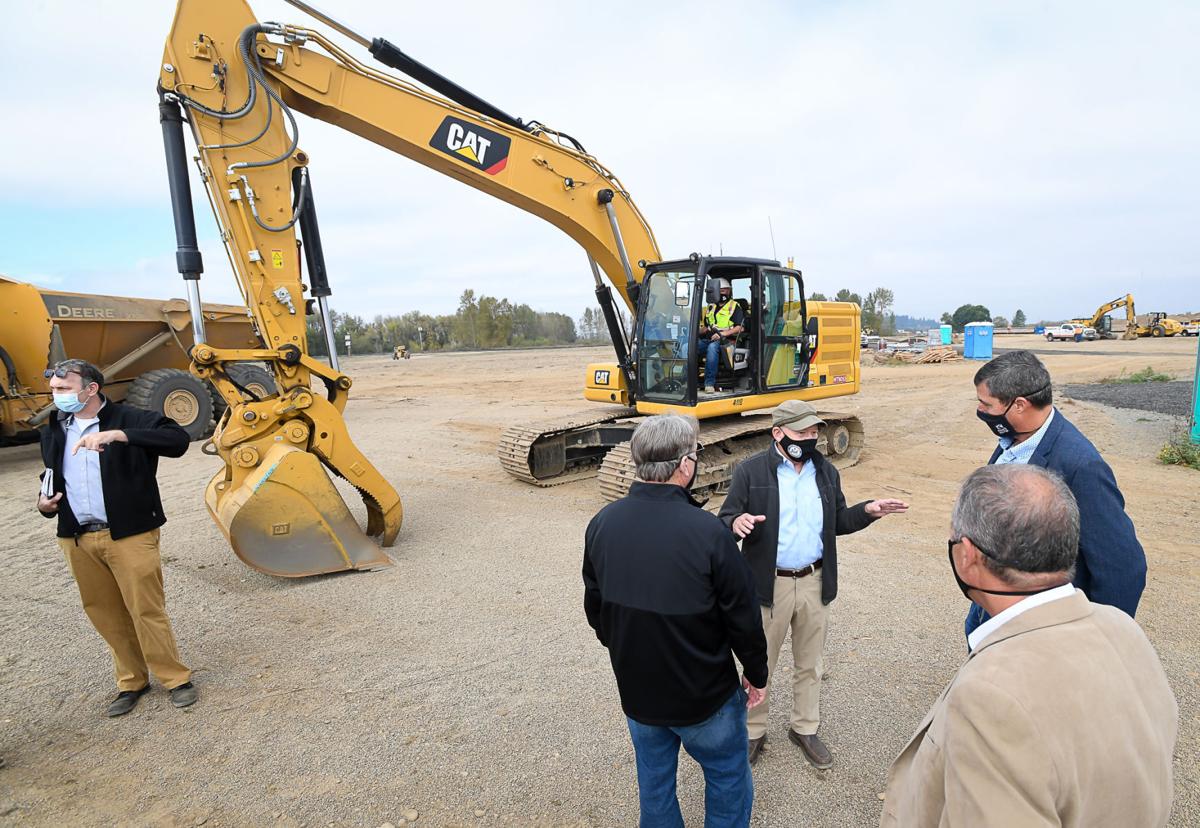 Rep. Peter DeFazio tours a new constriction training center being built at the Knife River facility in Albany on Thursday. 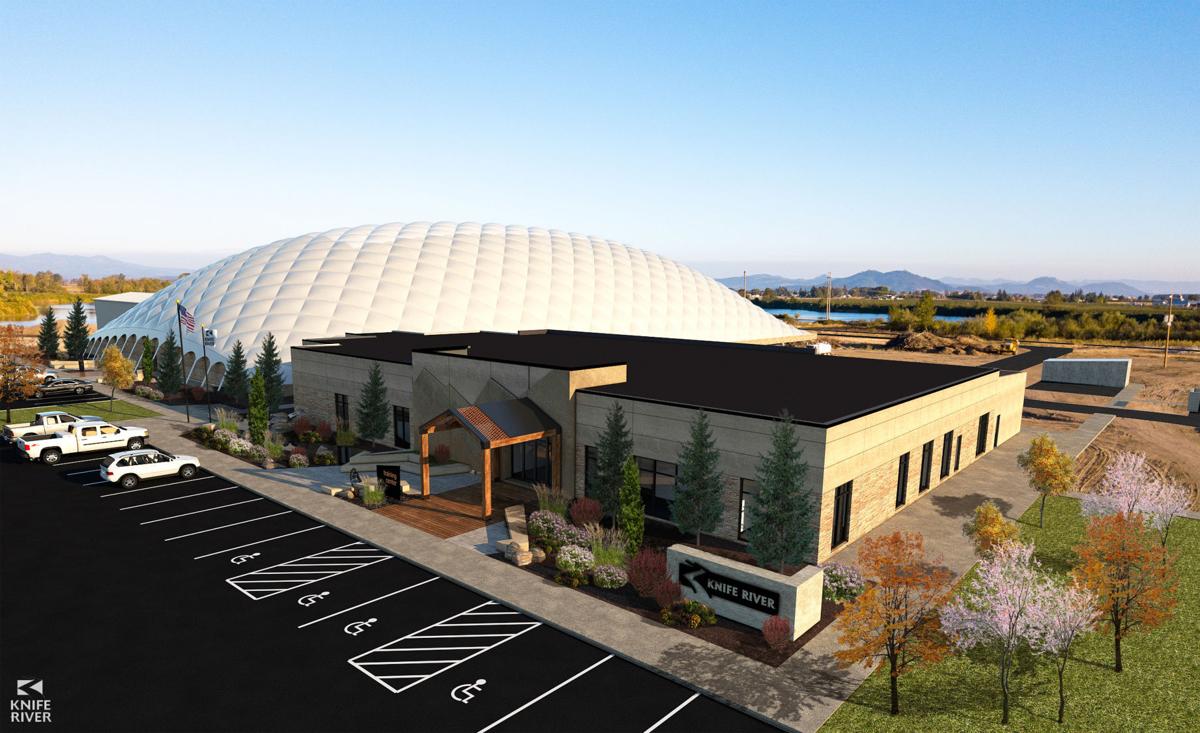 This artist's rendering shows what the new construction industry training center being built at the Knife River Corp. site in Albany will look like.

Inside a small white tent on a construction field on the outskirts of Albany on a cloudy Thursday afternoon, Congressman Peter DeFazio listened in on what was coming.

“Construction is very much a people business,” said Knife River President and CEO David Barney. “Our training center is going to focus on that. Roads aren’t built by companies, they’re built by people. Buildings and bridges and schools and parks are built by people. We are going to put our focus on helping people develop their skills, and we want to put the spotlight on construction as a desirable, family-wage career.”

The event on Thursday noted that schools have invested in career technical education programs and no longer preach a college-only path. Instead, jobs in construction and other trades have developed as well-paying options.

The facility being built on Kennel Road would welcome students through a partnership with Linn-Benton Community College. The 16,000-square-foot training building will hold classrooms and a conference room with movable walls to allow classrooms of any size.

The idea, Knife River touted, was that students can step out of classrooms and onto a construction site to learn hands on. Within four to six weeks, students could be operating heavy machinery.

In partnership with Caterpillar, a corporation that engineers and manufactures heavy machinery, Knife River will be utilizing techniques it says can double productivity — a key to the facility.

Normally, training happens outside workers’ backyards in different states. At the facility being built in Albany, students can take what they learn in the classroom and step outside onto a machine.

Concrete is expected to be poured at the site next week where a facility one and a half times the size of a football field will sit. The facility will measure 200 by 400 feet and include training equipment as well as a viewing platform.

That’s phase one. It will include an indoor training facility where students will be able to operate machinery covered by a dome made of special material that will keep out the weather but still allow machines to connect with GPS. That building is expected to be completed in February. In September, the classroom building will join it, and in 2022 a “sim town” will round out the facility.

“Picture a downtown area or street with building facades and power lines and underground utilities,” said communications director Tony Spilde. “We’re going to build something like that where our trainees can practice in a city-like environment.”

And while the training facility was originally conceptualized for Knife River employees to further them in their careers, the company has expanded its acceptance.

“We quickly realized that work force development is an issue across the whole construction industry,” Spilde said. “The goal is to highlight construction as a primary job, not a fall-back job.”

Representatives from Hamilton Construction and Raimore Construction were present at the event, and Spilde said the facility will be open to employees of all construction companies as well as students from LBCC.

On Thursday, Rep. DeFazio was given a tour of the site and was thanked for his support of the industry.

The new training center will make a significant contribution to educating the next generation of construction workers, he told the newspaper.

"It's a huge undertaking," DeFazio said.

Lifting mask mandate too soon for some in Houston

Lifting mask mandate too soon for some in Houston

The Machine Tool Building at the back of Linn-Benton Community College used to be dark. On Tuesday morning, college administration, staff, loc…

A year from now, there will be 48 new apartments in Sweet Home, and developer Eric Lund is confident they'll fill up fast.

Cumberland Church gets the OK to move

The historic Cumberland Church was given a thumbs up to move a few thousand feet down the road.

Students take their questions to the candidates

The South Albany High School speech and debate team agrees on one thing: They're loud. And on Thursday night, in cooperation with the League o…

Rep. Peter DeFazio tours a new constriction training center being built at the Knife River facility in Albany on Thursday.

This artist's rendering shows what the new construction industry training center being built at the Knife River Corp. site in Albany will look like.