Albany’s Perkins a decided underdog vs. Merkley in U.S. Senate race
Share this
{{featured_button_text}}
1 of 3 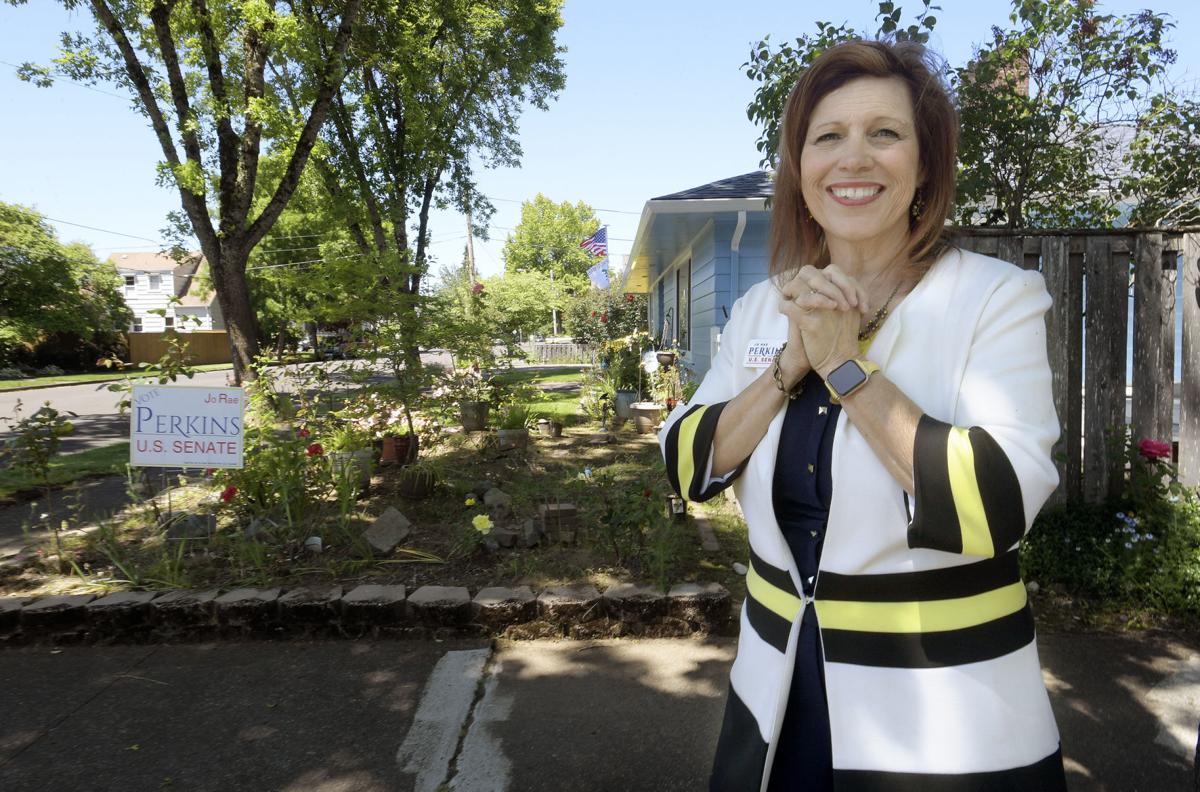 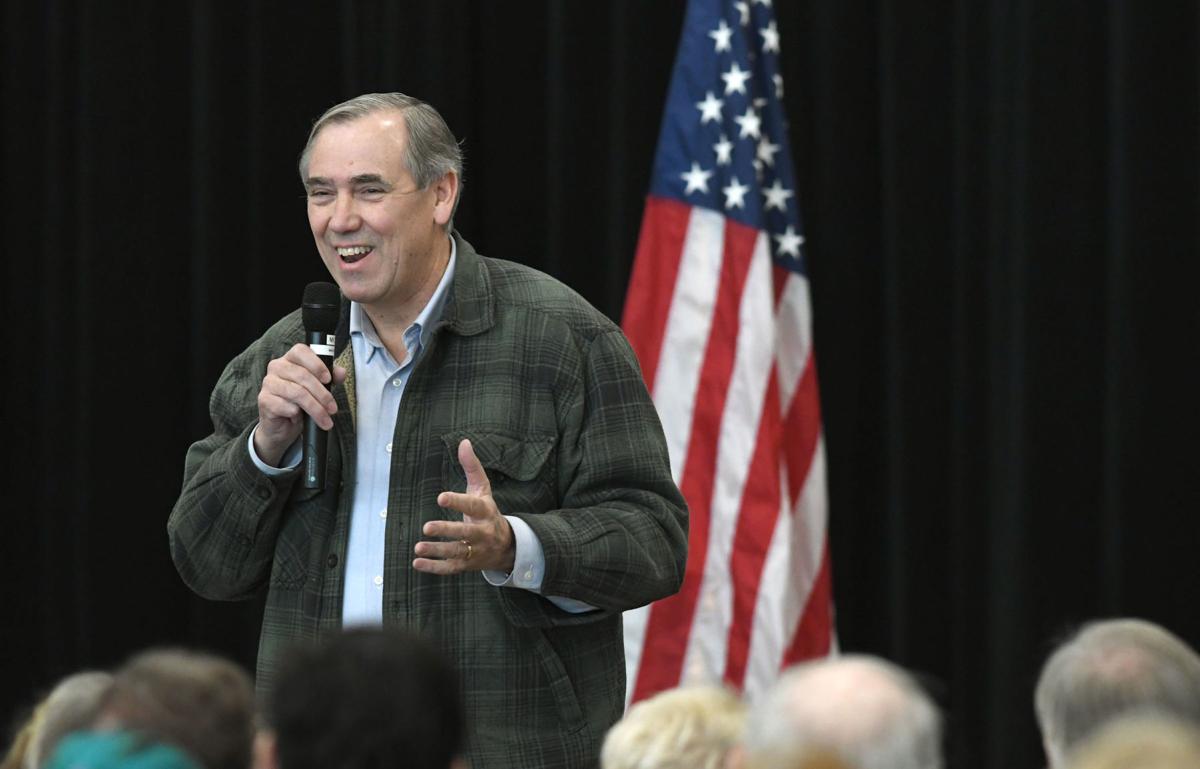 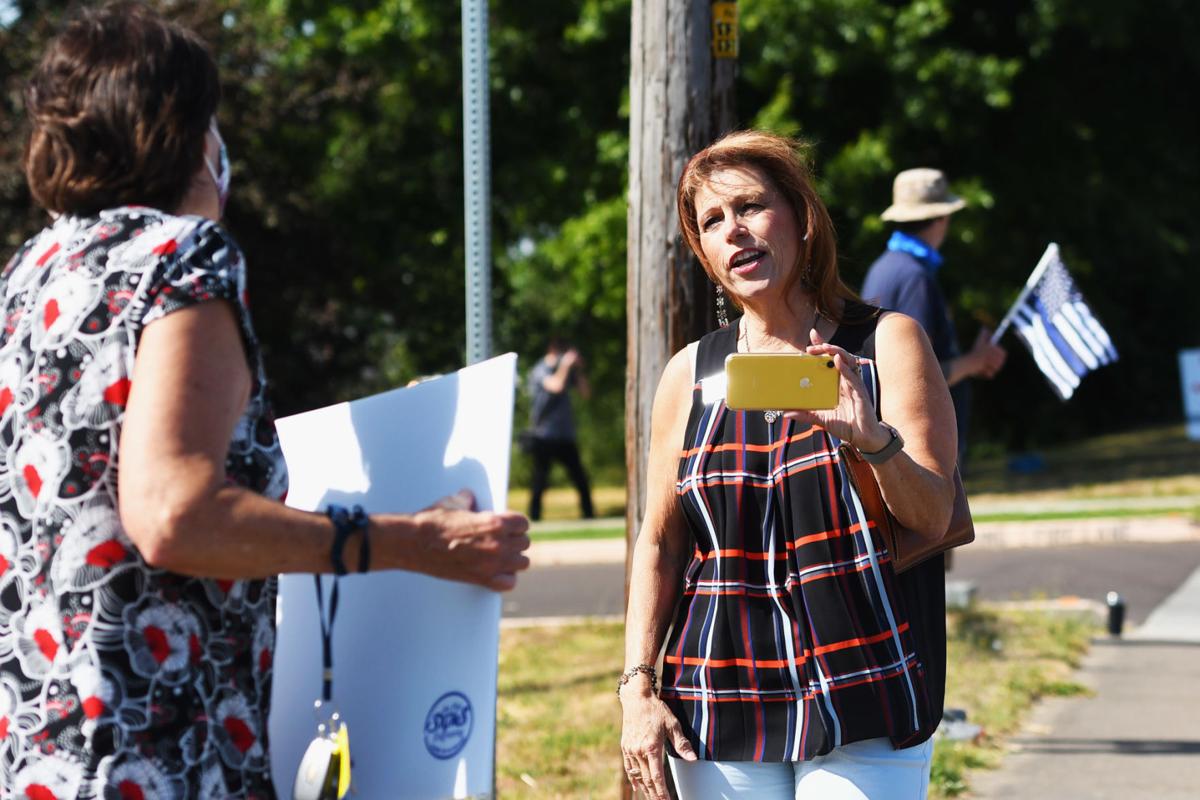 Albany's Jo Rae Perkins, Republican Party nominee for U.S. Senate, livestreams on her Facebook page during the Back the Blue rally in Albany in July.

The math is pretty daunting for Jo Rae Perkins.

The Albany Republican scored a surprising win in the GOP primary for the U.S. Senate, but in the Nov. 3 general election she is up against popular Democrat Jeff Merkley.

Merkley, who defeated Monica Wehby by 56% to 37% in 2014 to win his second term, leads in the polls by 20 points and also is outraising and outspending Perkins by more than 100 to 1.

Perkins is attempting to unseat an incumbent senator in a state that is all but certain to go for Democrat Joe Biden instead of incumbent Republican President Donald Trump. Polls have Biden ahead by 12 points in Oregon, and there just isn’t the split ticket voting that there used to be.

In 1984 incumbent GOP President Ronald Reagan won by 21 points in Arkansas, a state that re-elected Democrat Bill Clinton by 26 points.

Flash forward to Oregon in 2016 and Hillary Clinton beat Trump by 11 points while Democratic Sen. Ron Wyden won re-election to his seat against Mark Callahan by 23 points.

Perkins was asked in a session with the Democrat-Herald/Gazette-Times editorial board about the difficulty of “beating a Democrat in a largely Democratic state.”

Technically, Perkins is correct. Trump scored well in the state's rural regions and won 28 of Oregon's 36 counties in 2016, but Clinton still beat him by 220,000 votes.

Adding to the challenge for Perkins is that many view her brand of politics as too extreme for Oregon voters.

Perkins received an outpouring of media attention after her primary victory because of her involvement with and alleged support of QAnon, a controversial conspiracy theory about “deep state” elements that are involved in a pedophile network of Satan-worshipping cannibals who have infiltrated every level of government.

Believers follow “Q,” an anonymous person who claims to be in a high-level government position and who leaves vague clues about supposed future mass arrests that never happen.

In a video aired around the time of the primary, Perkins said, “I stand with Q and the team.”

The video is long gone. More recently, in an Associated Press interview, she said, “Under the First Amendment I support the right for whoever the Q-Team or QAnon is to publish their views and opinions along with the articles from any other media source they so choose. End of story.”

On more bread-and-butter issues, Perkins and Merkley are polar opposites.

• Perkins is a strong backer of President Trump. Merkley, one of the most liberal senators, voted in favor of Trump's impeachment and against his first two Supreme Court nominees, Neil Gorsuch and Brett Kavanaugh. Merkley is a likely no vote on Trump’s third nominee, Amy Coney Barrett, whose confirmation hearings are underway.

• Merkley issued a call for racial justice in his Zoom interview with the editorial board, saying, “I love the vision of a country where everybody has the opportunity to thrive — and you can’t thrive if doors are being slammed in your face.”

Perkins, meanwhile, noting the demonstrations and violence that have taken place in Portland since the May 25 death of George Floyd in Minneapolis, called for law and order.

“How many more people are we going to allow to be shot down in cold blood?,” she said, referring to a Trump supporter who was killed in August. “One is too many. If the mayor and governor are derelict in their duty, then it’s appropriate for the federal government to step in.”

Perkins also said that Albany Mayor Sharon Konopa would not "shut down" the police like Portland Mayor Ted Wheeler.

Perkins sits on the Albany Human Relations Commission but has voiced sentiments that run counter to the group's mission of supporting diversity, such as questioning the validity of HRC-supported events like Festival Latino and the Pride Parade.

• Perkins thinks the federal government is too big and wasteful: “It should be very small and very svelte,” she told the editorial board, adding that the feds may be violating constitutional limits by overreaching in several areas, including education.

“I question the role and the money we’re spending for education,” Perkins said.

Merkley, meanwhile, said he wants to emphasize issues that are fundamental to the success of families, including affordable health care, housing, education and good-paying jobs. They are also issues that generally increase federal spending.

• The two showed areas of common ground regarding the fires that plagued Oregon in September. Both emphasized "forest management" as a key tool in limiting the severity of fires.

Merkley, who grew up in timber country in Myrtle Creek, said he wants to expand the forest management collaborations that have been used in several parts of Eastern Oregon.

“You’re making forests more fire-resistant while also producing jobs and saw logs. That type of forest management is something we should expand on," he told the edit board.

• On COVID-19, Merkley said he would emphasize three tools: tracing, testing and PPE.

“Countries that have done that have seen the best result,” he said. “We should have had that massive investment already, but frankly, the executive branch has had no interest in that.”

Perkins arrived maskless for her editorial board session and requested that the board members remove their masks. They refused.

Also on the ballot are Ibrahim A. Taher, who represents the Pacific Green and Progressive parties, and Libertarian Gary Dye.

Education: Bachelor’s in political science from Oregon State University with a minor in speech/communications.

Of note: Perkins is a long-time sports car enthusiast, starting with the parental gift of a 1963 Sunbeam Alpine at the age of 16. In 2011 Perkins purchased a yellow 2004 Corvette, which she named Ms. Dazy. Perkins put 130,000 miles on the car, mainly for campaigning and political events. Ms. Dazy is now in “semi-retirement.”

Of note: Merkley has participate in and finished Ironman triathlons (2.4 miles of swimming, 112 miles of cycling and 26.2 miles of running).

A shop fire in Lebanon on Wednesday morning injured a man who was residing within the structure, according to a news release from the Lebanon …

Jackson Street closed due to fire

Jackson Street in Albany will be closed for the next few hours from Queen Avenue to 24th Avenue due to a fire, according to the Albany Police …

An Albany man was sentenced to nearly two years in prison after being convicted of assaulting his ex-girlfriend with a 2-pound ratchet, and of…

A man accused of swinging a hatchet at people in an Albany grocery store was sentenced Tuesday for unlawful use of a weapon and theft.

The Corvallis woman's sentencing is scheduled for Dec. 1 at 1:15 p.m. in Polk County Court.

Albany's Jo Rae Perkins, Republican Party nominee for U.S. Senate, livestreams on her Facebook page during the Back the Blue rally in Albany in July. 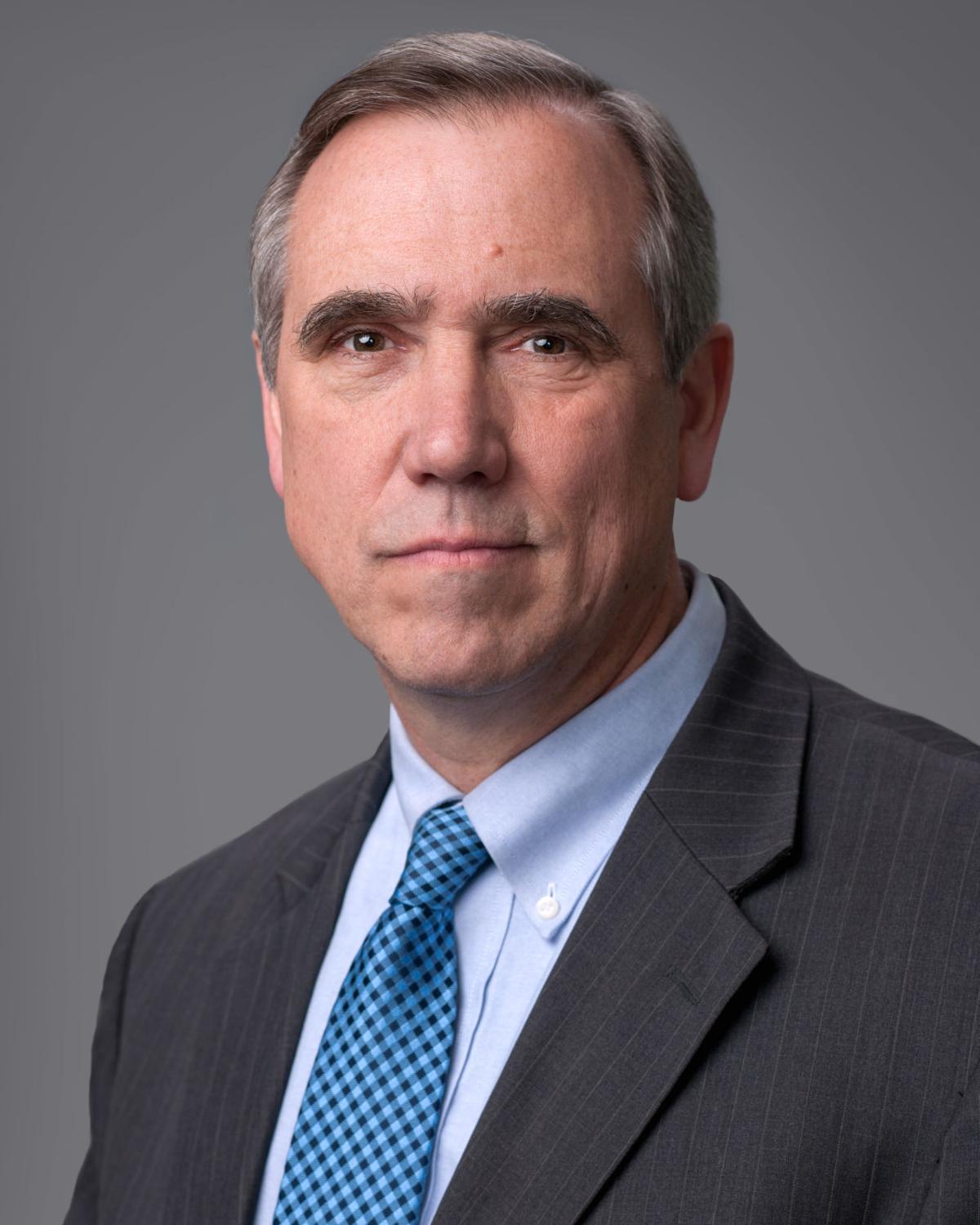