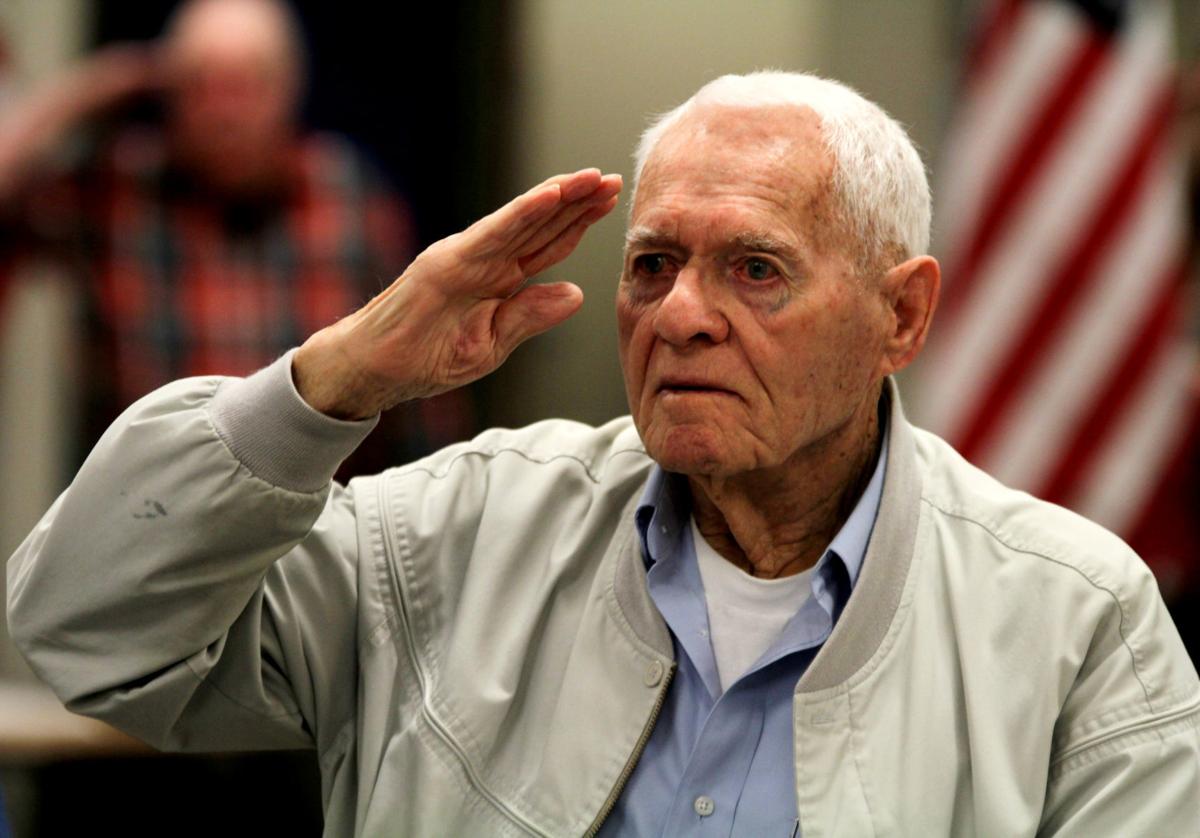 David Russell, 99, of Albany, a Pearl Harbor survivor, attended Saturday's commemoration of the attacks at American Legion Post 10 in Albany. 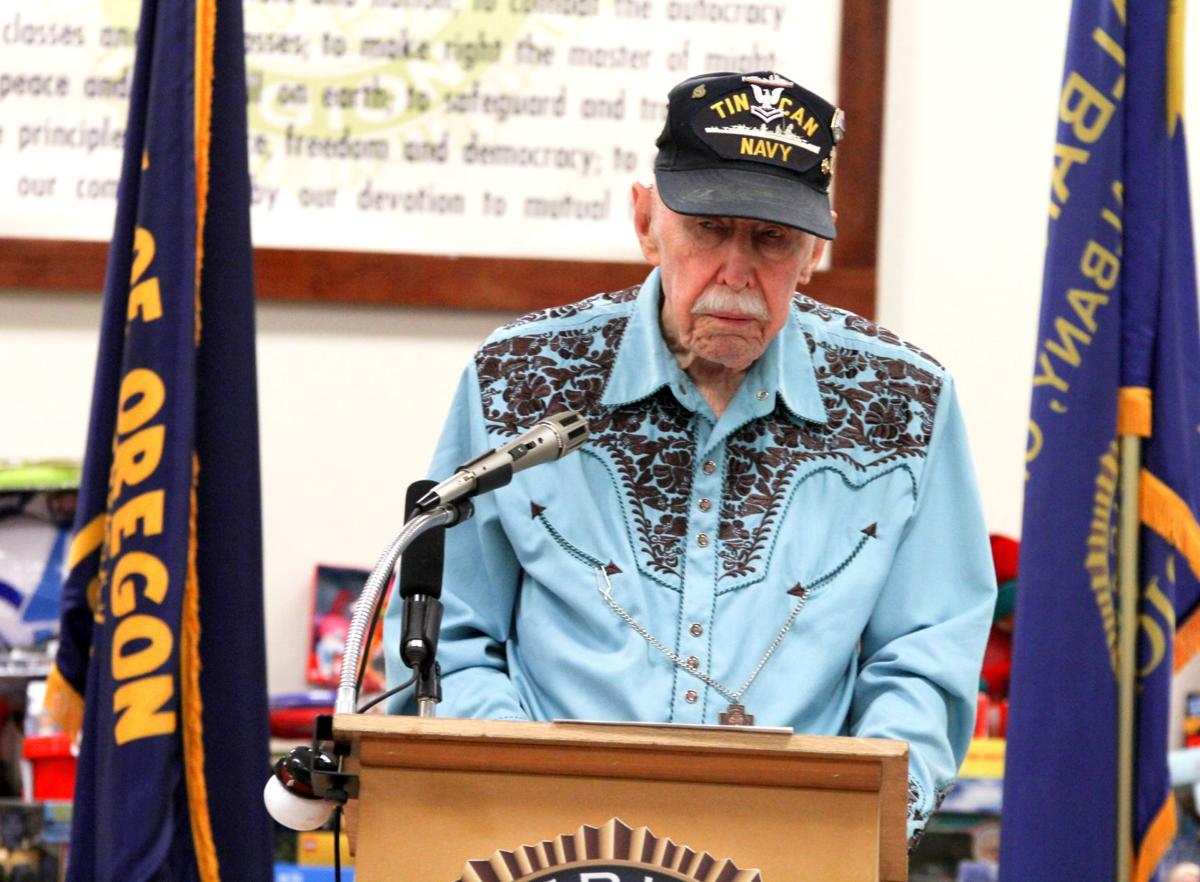 Albany’s David Russell said sometimes at night he lies awake in bed thinking about the attacks on Pearl Harbor and his service during World War II.

Russell, a United States Navy veteran who is now 99, said he was on two ships that sunk on Dec. 7: The first was the USS Oklahoma during the 1941 attack at Pearl Harbor; and the second was the USS Mahan three years to the day later in 1944, which was hit by multiple kamikaze attacks by Japanese airplanes.

Russell said during the war he once was on a ship and felt something whiz in front of his face and saw shots hitting the water.

“When you’re in the service you’re so darn busy it doesn’t bother you,” he said.

But, he said, in the quiet of the night he still thinks about all the young men lost in the sinking of those two ships, many of them friends.

Russell said he attended American Legion Post 10’s ceremony commemorating the 78th anniversary of the attack Saturday morning as a way to honor those men.

He said it’s hard for him to put into words how much the world changed that day and what the legacy of that day is.

“Things have changed so much… (It’s) one of those questions that’s beyond my comprehension.”

Russell said Pearl Harbor was an attack on the country’s freedom and he hopes people remember its value.

“We don’t really know what we have,” he said. “We’re so fortunate to be in America.”

The ceremony Saturday, at the post's building in Albany, included a speech by WWII Navy Veteran Lee LeMasters, a presentation of colors of the U.S service branches, a playing of Taps, and a breakfast.

David Solomon, the post’s commander, said the post holds the ceremony as a way to keep the memory of that day alive.

He added that it was extremely important for Americans to honor the day.

“It was a senseless attack on the American people on our soil and we have to remember the men and women that were just standing around… when the Japanese attacked.”

National Pearl Harbor Remembrance Day was Saturday, and this year our thoughts turned to all of the men and women who served during World War II.

David Russell, 99, of Albany, a Pearl Harbor survivor, attended Saturday's commemoration of the attacks at American Legion Post 10 in Albany.