Bengals vs. Titans: Updates and scores from the NFL playoffs

In rural areas, the post office represents identity, community and provides a lifeline as much as it does a connection to the outside world. After a November 2011 fire destroyed the Cascadia Post Office and former Cascadia School, one resident made replacing the community hub her mission.

Jean Burger is known as the unofficial mayor of Cascadia. She attended the Cascadia School before it closed and students were shifted to Foster schools. She said the post office was the social heart of the community, the best place to catch up with friends and neighbors every day.

“This community means so much to us,” Burger said. She and others took up an ongoing letter-writing campaign beseeching assistance from county commissioners, postal officials, and both state and U.S. senators, resulting in the installation of cluster mailboxes nearly a decade later.

Cascadia was partly served by rural route carriers and partly used post office boxes. When the post office burned, many of those without rural delivery were left struggling to get the mail. Burger said one such case was her friend, Errol Shervey, a Vietnam War veteran who relied on the mail for lifesaving medicine.

“We’re so excited to not have to drive,” Burger said. “We’re looking forward to not having to go to Foster for the mail; it’s kind of off the track.”

The federal government had listed the Cascadia location, a 300-square-foot trailer in front of the old school, among 3,200 rural post offices proposed for closure at the time of the fire. Cascadia is an unincorporated area of Linn County sitting 12 miles east of Sweet Home in the Cascade foothills.

The fire began in the basement furnace of the former school building, which was being used as a home and machine shop. Reports at the time said there were no hydrants, forcing firefighters to bring tanker trucks from Foster, 10 miles away. The initial response reportedly took around an hour.

By the time fire crews from Sweet Home, Brownsville and Lebanon arrived, flames had consumed most of the former school and spread to the trailer that housed the post office and a small lending library.

Cascadia residents were left wondering if they would ever see another post office.

“This has been a continued challenge since Nov. 19, 2011, when the post office burnt down,” Linn County Commissioner Will Tucker said. “They’ve been suffering.”

With the assistance of staff from the offices of Oregon Democratic Sens. Ron Wyden and Jeff Merkley, early efforts focused on expanding mail routes to help the less mobile residents of the area. There was also the concern that rural mailboxes are less secure, easier to steal from.

Over the years, Burger continued to press Tucker and others for progress on the post office situation. He said she wrote and called every month asking when something would happen. Frustrations mounted as Tucker battled red tape and bureaucracy, knowing Burger and Cascadia were counting on him.

“She’s a great person,” Tucker said. “She appreciates the people’s representatives, and she pushes them for the people.”

The waiting is finally over thanks in part to Sweet Home District Ranger Nikki Swanson of the U.S. Forest Service. She got clearance for the installation of cluster mailboxes in the parking lot of the Cascadia Day-Use Area, a Forest Service site.

Five years ago when she was hired for the district, Swanson heard tales of postal woes from Tucker, who was still trying to fix the problem. The idea of using the day-use site emerged; it would benefit the residents of Cascadia and potentially draw more activity there as well.

“That used to be the old Cascadia Ranger Station, and it was a mail stop,” she said. “We had this old-timey picture of a horse pulling a carriage that said mail at that location. It was a nice connection that made it easier to explain why we did it.”

It’s not typical for a Forest Service site to host mailboxes, so it took some effort to get through the process. But Swanson said given the historic use of the site, the new installation makes a lot of sense, and more importantly it helps the community.

An interdisciplinary team, drawn from the fields of wildlife biology, botany, archeology and engineering, was assembled to assure every aspect of the project was considered. The team examined threats to fish and wildlife and potential disruption of historic and Native American cultural sites, and they gave the green light.

“It was something nice that we could do, so we were happy to say yes,” Swanson said. She added that increased activity could benefit the day-use area, which has seen occasional nuisance problems when fewer people are around.

Swanson hopes the new spot will grow to be a new community hub. She said future development at the site is possible, including a bulletin board and a display explaining the historical significance. There’s a half-mile trail suitable for all uses and a view of the river to enjoy too.

“It would be a nice community-gathering area as well as a place for forest visitors to stop, stretch their legs and show kids nature,” she said.

While the cluster boxes, set in a day-use area parking lot, won’t be the exact same experience as a post office, there’s still a good chance of bumping into people and catching up in the new location.

“This is a piece of the community that we’re getting back here with these cluster boxes,” Burger said.

Burger added that her friend and neighbor, Janet Quinn, was instrumental in getting the message to public officials and residents, delivering registered letters and getting forms handled. "She’s been my legs for this,” she said.

“This is a piece of the community that we’re getting back here with these cluster boxes.” ~Jean Burger

Peter DeFazio, the Democratic liberal lion of the Oregon congressional delegation, is retiring.

Oregon COVID-19 cases down but deaths up

Oregon Health Authority reported Wednesday, Dec. 1 that daily COVID-19 cases and hospitalizations are decreasing, but the number of deaths is … 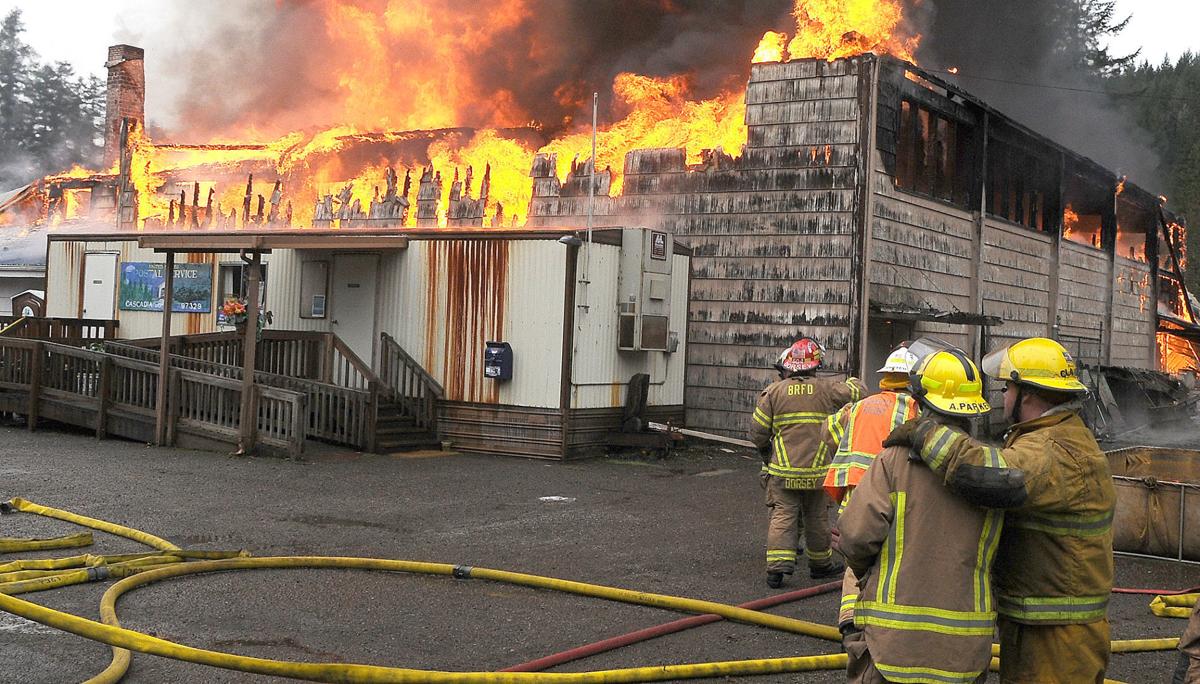 Flames consume the former Cascadia School and spread to the Cascadia Post Office, destroying both in November 2011. 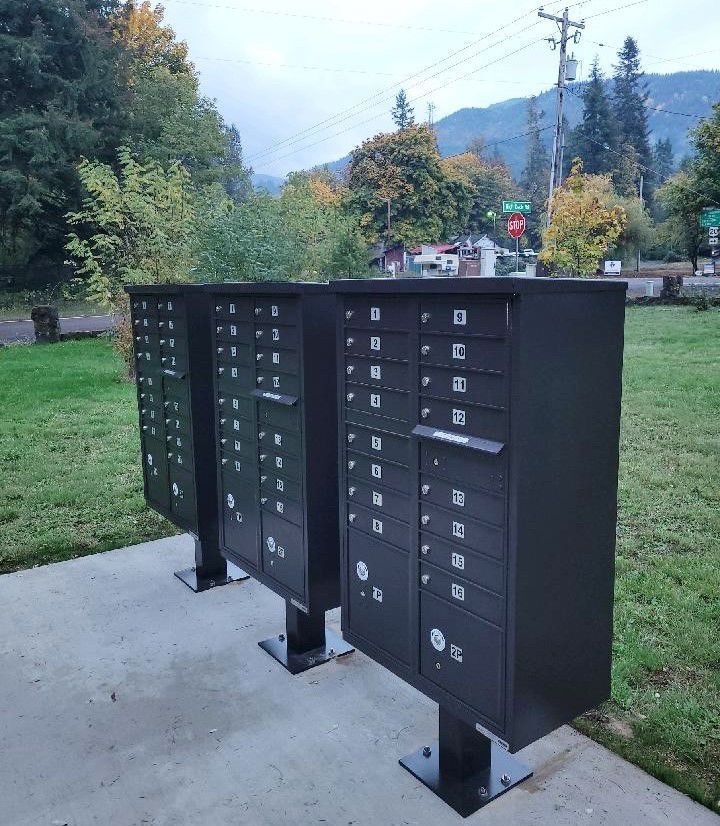 Cluster mail boxes were installed in the Cascadia Day-Use Area a decade after a fire destroyed the local post office.