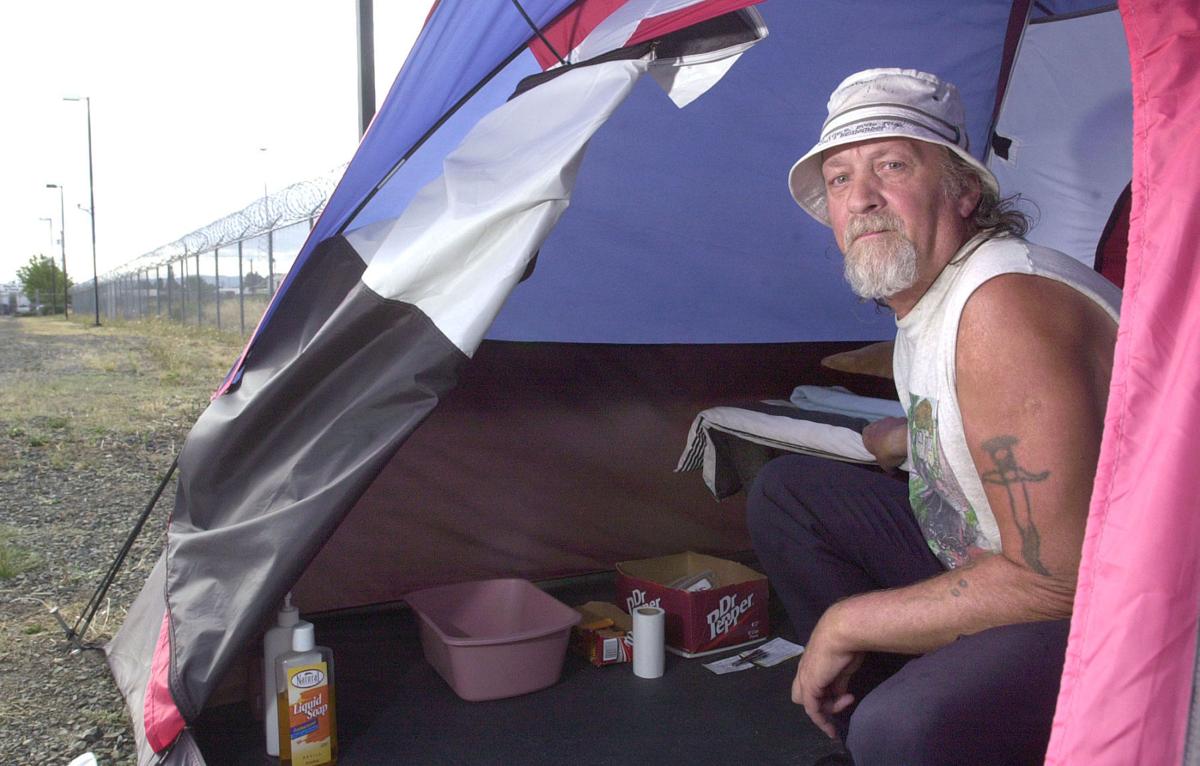 Bruce Erbs spent the first four months of his parole in a tent inside the fences surrounding the Linn County Jail, after serving 13 years in prison for the St. Mary's church fire. 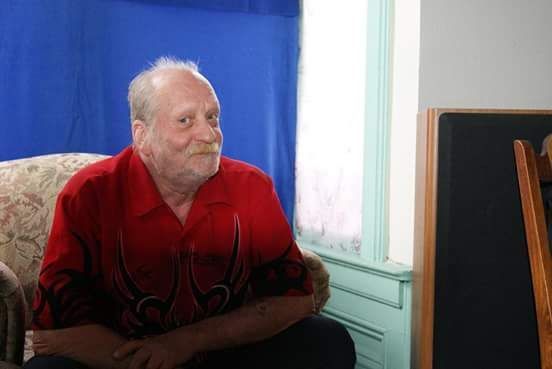 Friends took this photo of Bruce Erbs sometime in the past few years. Erbs, 69, once Linn County's most heavily-supervised felon, died July 31.

Bruce Erbs spent much of his nearly 70 years struggling against the law, society and most of its structures.

But friends say in his last few years, he was able to get beyond his prison convictions and simply be free.

"Bruce, he inspired me," said Tammy Lindgren of Albany, who had been a friend and neighbor for the past 13 years. "He was a good person. He did wrong, and he changed things around."

"People can learn from him," she added. "He did it. Other people can do it."

Erbs, once known as the most heavily-supervised felon in Linn County's history, died July 31 in Lebanon from what friends describe as complications following a bout with pneumonia.

A public celebration of life is scheduled for 1 p.m. Saturday at Bowman Park in Albany.

Born Dec. 18, 1945, Erbs spent his childhood in and out of institutions. He had two sex abuse convictions and a history of mental health struggles by the time he came to Albany.

He spent 13 years in prison and six more on parole for setting the 1989 fire that burned down St. Mary's Catholic Church. Unable to find housing when he was released to Parole and Probation in 2002, Erbs made national news when then-Sheriff Dave Burright chose to house him in a tent on the grounds of the jail to keep him under supervision.

When Erbs was diagnosed with pneumonia four months later, he was allowed to leave the tent. Even then, he was required to meet daily with his parole officer for three years, and to blow into a breathalyzer each weekend for four years.

He never missed a meeting and he never reoffended. According to Oregon's computerized courts database, and to the Linn County Parole and Probation Office, he never crossed law enforcement's path again.

Burright, who has since retired, said he felt Erbs was a danger to society and argued against his release. He said he would make the same decisions if faced with the same circumstances.

However, he said, he's often wondered how Erbs was doing and hoped the situation was better.

"I would like to think that he got himself turned around," he said.

Lindgren, and fellow friends and neighbors Patricia Wilson and John Deiss, said he did. Once Erbs had a chance to establish his own life, they said, he simply lived it, quietly and without fanfare.

Lindgren used to be the director for On Our Own, a downtown drop-in center for homeless and struggling residents. Erbs would volunteer there, helping do errands and care for the facility. The two became friends. He was a good listener, she said, when Lindgren's husband needed surgery. When side effects from medication made his hands shake, she helped him manage the funds he received from Social Security and write the checks to pay his bills.

To Wilson, Erbs was a second grandfather. To Deiss, he was someone who always stood ready to help.

"If you needed anything, and he had it, it was yours," Deiss recalled. "He'd give you the last TV dinner in his freezer."

He loved his TV dinners, Lindgren added, along with biscuits and gravy, the Oregon coast, sci-fi programs and old Westerns.

Lindgren put up pictures of the coast in his rehabilitation room in Lebanon after he was released from the Portland hospital that treated him during his most recent battle with pneumonia.

Erbs, a smoker, had suffered the disease multiple times. But this time, friends said, it morphed into the immune disorder known as Guillain-Barré syndrome, which can cause paralysis. That led to an infection that ended his life.

Erbs' body has been donated to the College of Osteopathic Medicine in Lebanon and will later be cremated, in accordance with his wishes. Some of the ashes will be sprinkled at the coast, Lindgren said.

Some felons reoffend, Lindgren said, but not all of them. She thinks part of the reason Erbs didn't is that at least some people were willing to give him a chance.

Six counties and more than 70 landlords refused housing and supervision of the Erbs case when he left the tent in late 2003. It took months for his parole officer to find an owner of an Albany duplex who finally said yes.

Erbs never did, and friends say that was enough for them. They are content to know only that he served his time and moved on.

"I didn't know him then. I only knew this Bruce," Lindgren said. "I wish more people in the community could have known the Bruce that we knew."

Bruce Erbs spent the first four months of his parole in a tent inside the fences surrounding the Linn County Jail, after serving 13 years in prison for the St. Mary's church fire.

Friends took this photo of Bruce Erbs sometime in the past few years. Erbs, 69, once Linn County's most heavily-supervised felon, died July 31.