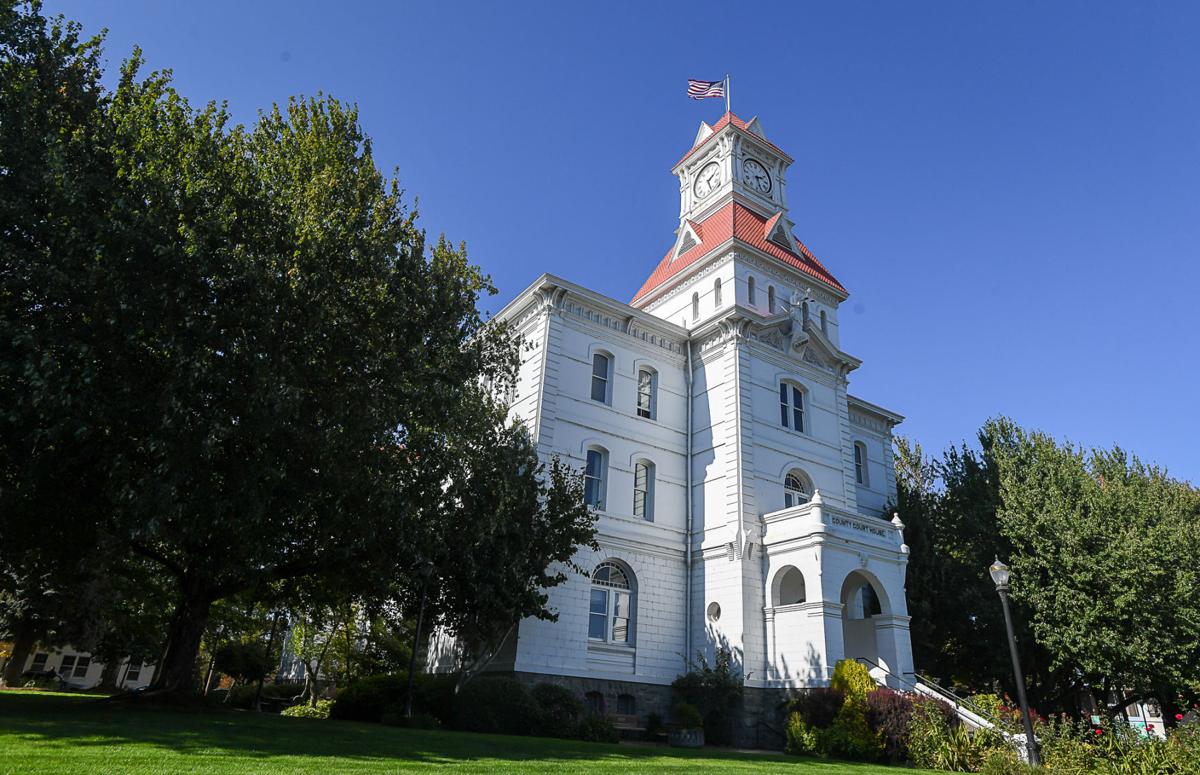 Two of the three seats on the Benton County Board of Commissioners are up for election on Nov. 3, with three candidates running for each one. 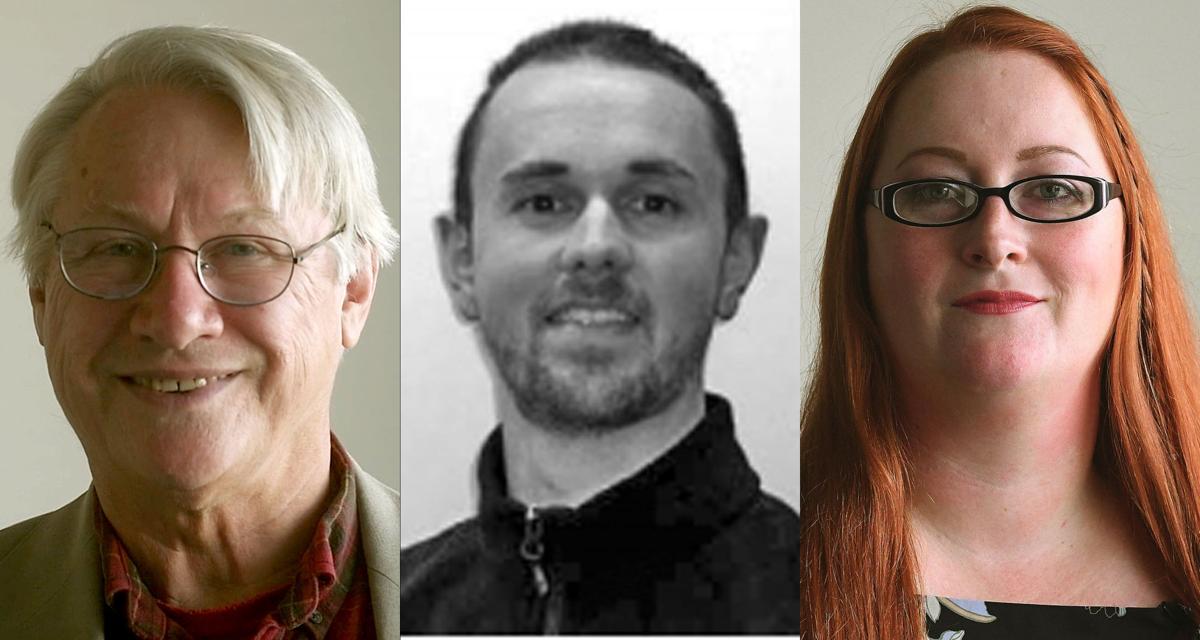 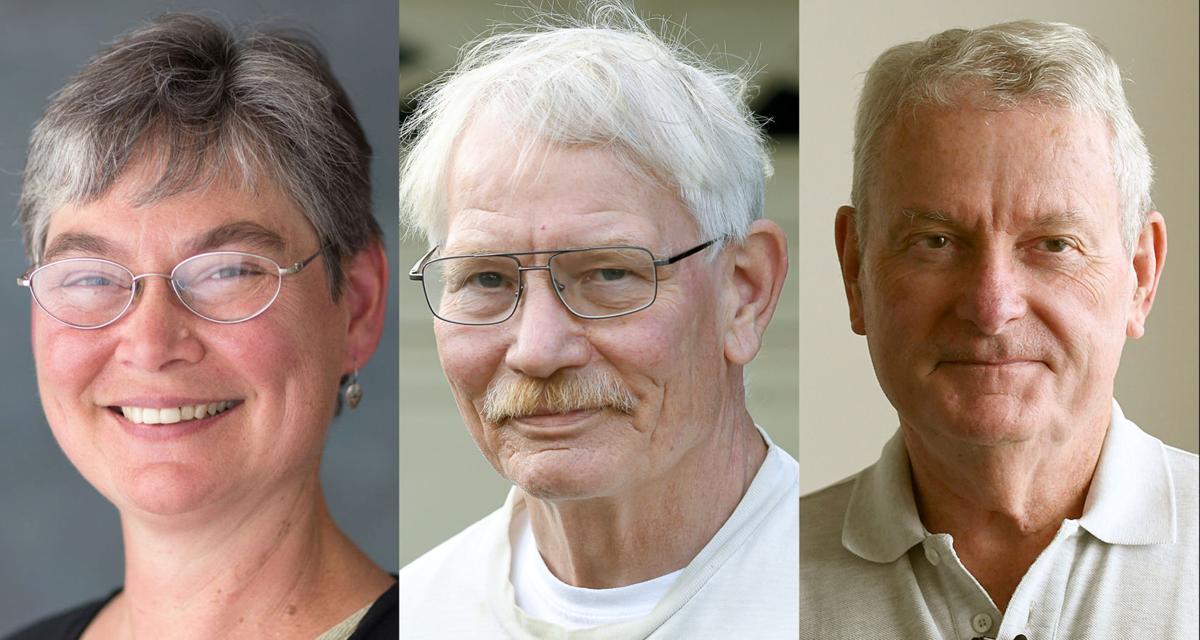 Six candidates are running for two seats on the Benton County Board of Commissioners in an election that will provide the first test of the county’s ranked choice voting system and that has the potential to shift the political balance of the three-person body.

Democrats have had a lock on the board since 2000, but that could change this year with two seats in play on Nov. 3.

Veteran Commissioner Annabelle Jaramillo is retiring at the end of this year, when her fifth four-year term in the Position 3 seat expires, so there’s no incumbent running for that post. Unlike 2018, when no Republican filed for the Position 1 seat ultimately won by Democrat Pat Malone, both major parties have fielded candidates for the two seats on the ballot this year.

What’s more, with a minor party candidate filing to run in each race, both the Positon 2 and Position 3 contests have three candidates, triggering the first use of ranked choice balloting since Benton County voters approved the method for use in general elections for county offices. Voters will rank all three candidates in order of preference. After the initial tally, the second choices on ballots cast for the third-place candidate will be automatically reallocated among the first- and second-place finishers, potentially resulting in a different outcome.

The role of the county commissioners is to set county policy, enact ordinances and oversee a governmental organization with about 500 employees and a budget of around $155 million a year. The annual salary for a first-term commissioner is just under $88,000.

With case numbers rising and businesses struggling, the COVID-19 pandemic remains a pressing issue for the county. Other ongoing concerns include homelessness and the implementation of improvements to the criminal justice system, potentially including a new jail and courthouse.

Here is a look at the races for the Position 2 and 3 seats on the Benton County Board of Commissioners.

Augerot, the 59-year-old former director of the Marys River Watershed Council, is running for re-election after serving her first term on the Board of Commissioners. She said she loves the job because she’s constantly learning new things and it gives her a chance to problem-solve for people.

The county’s most immediate need, Augerot said, is to control the spread of COVID-19. More long-term priorities include addressing homelessness, climate change and diversity.

She said the county’s Housing, Opportunity, Planning and Equity Advisory Board, after getting off to something of a slow start, is beginning to make headway on a more coordinated response to homelessness.

On climate change, she said county government has done a good job of reducing its own carbon footprint and is looking for ways to help county residents and other organizations to do the same.

“So far we’ve focused on the county as an entity, but we are partnering with other entities,” she said. “There are many partners that can help amplify the message.”

Augerot noted that the county is in the process of hiring an equity coordinator and is working to make sure minorities get a fair shot at the county’s business.

There are a lot of parts of the organization where things are done on a handshake; it’s who you know,” she said. “That’s not a level playing field. We have to make sure that’s increasingly a thing of the past.”

Augerot also wants the chance to continue her work on the criminal justice system initiative, which calls for a number of improvements including a new jail and courthouse. Voters have rejected previous bond measures to finance a replacement to the county’s current 40-bed lockup, but Augerot remains convinced it’s necessary. She hopes voters will respond positively to the more comprehensive approach outlined in the criminal justice system assessment commissioned by the county, which also includes expanded drug and alcohol treatment, education and rehabilitation services.

“I think the biggest problem we ran into last time was the site,” she said. “We are going to be much more careful about selecting a site.”

She also rejected criticism that the assessment process lacked transparency and said there would be more chances for public engagement before the county floats another bond measure, which would happen in 2022 at the earliest.

A retired Oregon State University chemist, Beilstein is running as the nominee of the Pacific Green and Progressive parties. Beilstein, 69, is a former Corvallis city councilor who ran for the Board of Commissioners in 2000 and has run for Congress five times against Rep. Peter DeFazio in the 4th District.

He threw his hat in the ring for commissioner this time primarily to give voters a chance to see ranked choice balloting in action. “I want voters to have a good experience with ranked choice voting,” he said.

As part of his campaign he’s promoting what he calls a Green New Deal for Benton County. Among other things, the plan would tax meat consumption and gasoline while promoting clean energy, environmental protections and universal health care.

“We need to start making the transition to an economy not based on fossil fuels and more sustainable agriculture and forestry,” he said.

While Beilstein has supported plans to build a new jail in the past, he’s “kind of rethinking that idea now,” he said. “We need a new facility, but we also need to rethink what we do with it.”

North Albany resident Tom Cordier, 80, is a retired ATI-Wah Chang executive and a precinct committee person for the Benton County Republican Party. When he learned Augerot was running for re-election, he decided to challenge her.

“I decided I would not allow Xan Augerot to run unopposed,” he said. “I don’t think she has the values that I have.”

Specifically, he cited what he called the incumbent’s role in expanding county government and increasing the budget, as well as her support for the Black Lives Matter movement.

“I think Black Lives Matter is a bunch of hype,” he said. “I don’t support the notion that we have a systemic race problem, certainly not in this area.”

A staunch fiscal conservative, Cordier said the county’s work force and budget have grown far too large, in part because of a budgeting system that relies too much on staff input. If he’s elected, he said, he would propose ways to cut the budget without slashing services.

“I’m really hoping to influence the county system so they budget better,” he said.

Cordier is also critical of the county’s criminal justice system assessment, which he said has been conducted with too little public participation and comes with too big a price tag for proposed facilities such as a new jail and courthouse.

And Cordier rejects the notion that the county needs a new jail because the current 40-bed facility in downtown Corvallis is too small, countering that it would make much more sense to rent beds in the Linn County Jail instead.

“The whole argument is bogus,” he said.

Sarna, 70, is the Republican nominee for the position. A retired engineer and Army veteran, he has served on the Benton County Environmental Issues Advisory Committee.

Sarna believes his educational background— he has a a Ph.D. in environmental science and engineering—would help make him a good commissioner.

“I would bring in experts, utilize their expertise and then make decisions based on that,” he said. As it stands, “people decide what they want the policy to be, then look for evidence to support that.”

“We’re really not well-prepared for a lot of emergencies at this time,” he said, adding that more work needs to be done to ensure the county can be resilient in the event of a major earthquake, wildfires, floods, epidemics and other disasters.

He said he believes all crime can be prevented, but doing that requires well-financed law enforcement agencies, and he rejects calls to defund the police.

“We need to encourage the police and help them to prevent all crime,” he said.

Sarna said there’s no doubt Benton County needs a new jail, noting that the lack of beds contributes to a “catch and release” situation that means low-level offenders often serve no time behind bars.

“We do have Linn County close by and they have jail space available,” he said. “But I realize there’s a reluctance to work with Linn County because of the way they handle their inmates.”

Serdar, the Libertarian nominee, did not respond to interview requests from the newspaper.

According to his candidate filing, he has a bachelor’s degree in exercise science from Western Washington University and a doctorate in physical therapy from the University of St. Augustine for Health Sciences.

In his Voter’s Pamphlet statement, Serdar lists his occupation as physical therapist and says he believes in individual liberties and the free market.

“I would welcome the opportunity to serve Benton County’s residents and ensure our community continues to grow,” he says in the pamphlet. “My priorities include a healthy community, which includes access to health services, quality food, safe play/exercise/dog areas, and quality education at all levels. I will also focus on economic growth through support of entrepreneurship and area collaboration.”

Wyse, the Democratic nominee, is a 36-year-old administrative analyst for Grijalva Distribution who is in her second term on the Corvallis City Council and has served on a number of local government boards, including the Benton County Planning Commission and Budget Committee.

The most immediate issue confronting the county, she said, is the economic impact of the coronavirus pandemic, which she would address in part by prioritizing the needs of the county’s economic development office.

Beyond that, her top three priorities would be to implement many of the improvements in the criminal justice system assessment, improve government transparency and protect farm and forest lands from development.

“I know we need a new jail. It’s really affecting livability. Offenders know that for certain levels of offenses … they’re just going to be cited and released,” she said.

But she wants to make sure the county takes a holistic approach to justice that includes substance abuse treatment, education and other services as well as criminal sanctions.

Wyse said the county needs to be more transparent and do a better job of providing information to citizens, noting that, even though she sits on the Planning Commission, she once had to drive to a county office to pick up a copy of a report because it was too big for the county to send via email.

“I’m happy to do it, but that’s not a possibility for everyone and it discourages public participation,” she said.

Through her work on the Planning Commission, Wyse said, she’s become convinced it’s important to shield land zoned for agricultural and forestry uses from development pressures.

“Density needs to go into the cities, not out in rural areas,” she said.

To see a longer version of this story, go to our website at www.gazettetimes.com or www.democratherald.com.

The potential spread of COVID-19 at family gatherings during the upcoming holidays is a concern for those in health care.

Two of the three seats on the Benton County Board of Commissioners are up for election on Nov. 3, with three candidates running for each one.