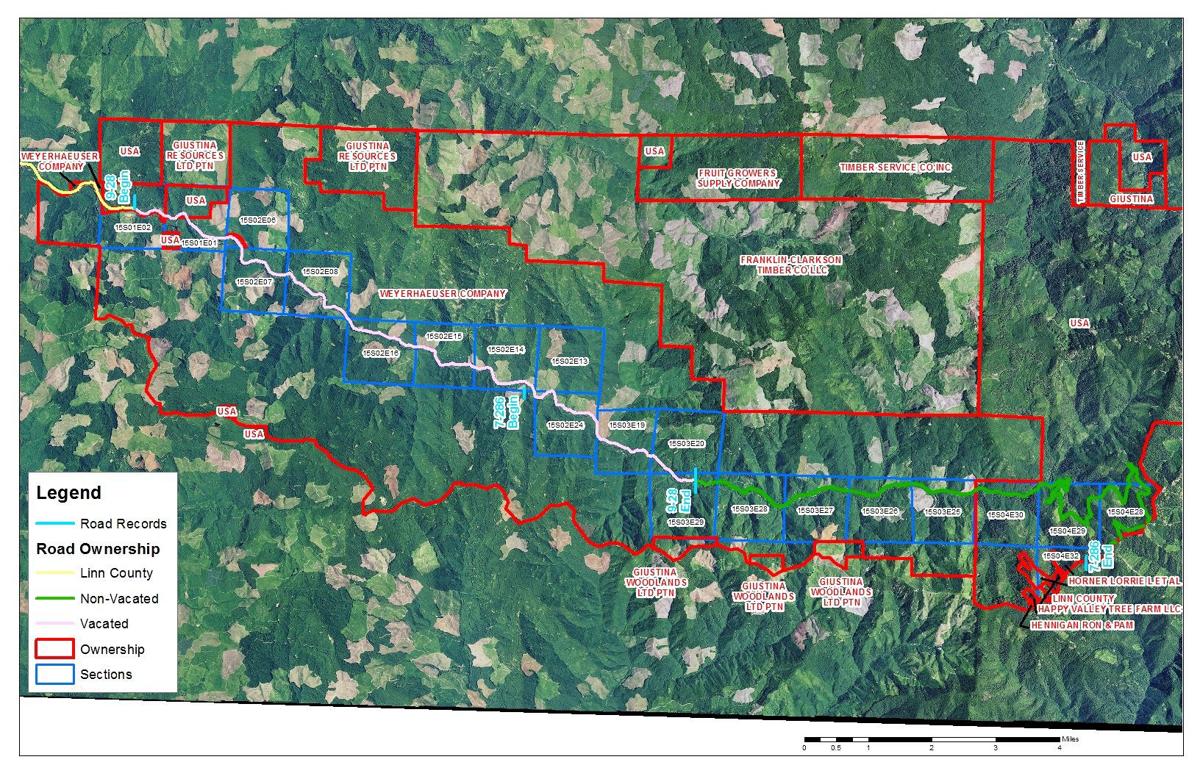 Linn County has regained ownership of Upper Calapooia Drive south of Sweet Home and is working toward opening it to the general public in mid-March. 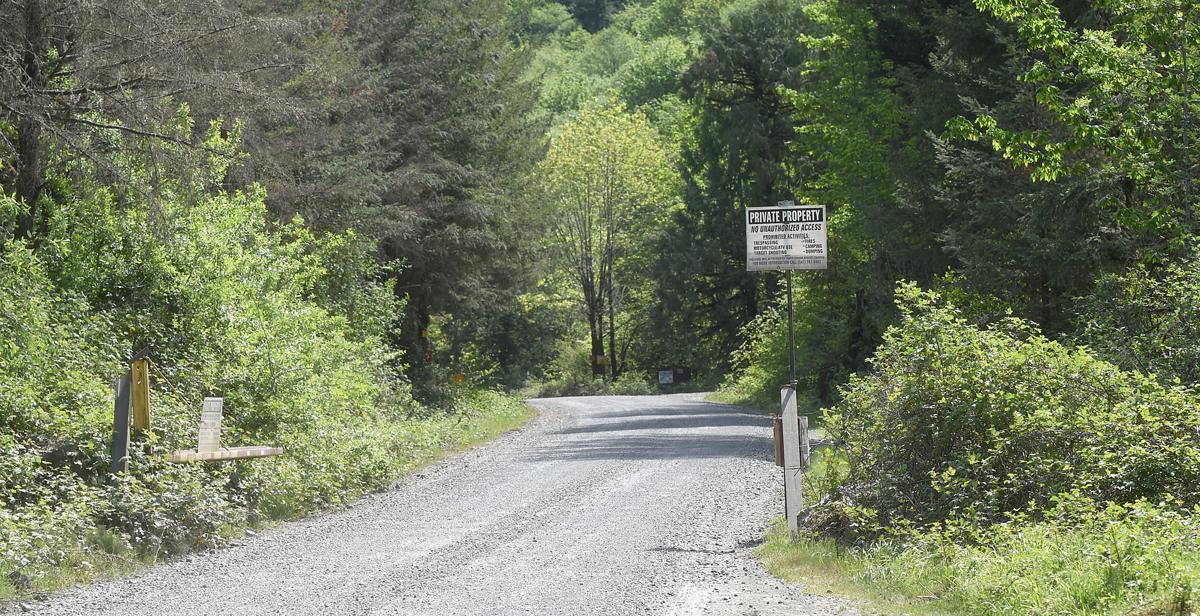 A Weyerhaeuser sign along Upper Calapooia Drive states that the land past the blacktop road is private property.

SWEET HOME — It has been a long time coming, but Tuesday morning Commissioners Roger Nyquist, John Lindsey and Will Tucker approved transferring ownership of Upper Calapooia Drive from the Weyerhaeuser Company to Linn County.

The road — officially known as County Road 0759 — is east of Holley, about four miles south of Sweet Home.

In October 2016, the commissioners directed County Roadmaster Darrin Lane to begin the conveyance process with Weyerhaeuser representatives. The action came as the Dec. 31, 2017, expiration of a 5-year-old user agreement with Weyerhaeuser neared. The county did not wish to continue the agreement.

“This has been a long time coming,” Tucker said. “I wish we could have worked through this in a more timely fashion. Negotiations had continued until a few weeks ago. It’s great to see this road come back into county ownership.”

Upper Calapooia Drive starts off Highway 228 near Holley. It proceeds east through a mixture of private and public lands and borders the Calapooia River.

In 1954, the county conveyed the road to the U.S. Forest Service, Champion Lumber and Weyerhaeuser. In 2007 the Forest Service relinquished control and maintenance of the road.

Weyerhaeuser asserted the road should revert to their ownership. But research by former Linn County counsel Tom Corr found that the 1954 document stated that if the Forest Service ever relinquished control of the road, ownership would revert to the county.

The process was complicated because over the years the road has been moved and adjoining properties have been sold.

Although primarily a logging road, it has also been used for decades by the general public to access the Calapooia River for picnicking, fishing, hiking and hunting.

Linn County and Weyerhaeuser officials began meeting in 2010, although in 2009 Weyerhaeuser had installed gates to at times block public access to more than 13 miles of the road.

Weyerhaeuser was concerned because over the years staff had to deal with a growing number of people dumping trash along the river, as well as leaving campfires unattended.

For several years a working group that included representatives from Weyerhaeuser, the Board of Commissioners, the County Road Department, Linn County Sheriff’s Office, fishing and hunting groups, Oregon Department of Fish and Wildlife and area residents met to try to develop a long-term working relationship that met the needs of landowners and the general public.

But at times, hunters became upset when the road gates were closed and people found behind them were cited by law enforcement officers for trespassing.

Linn County will work with Giustina Resources to seek conveyance of about six-tenths of a mile of road that is along its property lines.

Lane said the county is also amenable to closing the gates to reduce public access during periods of extreme fire danger.

Police: Arrest of Albany man may have averted murder

An Albany man's hopes to make money with some eBay items went up in smoke Wednesday morning as he drove to Lebanon.

Snow routes and delays for Wednesday

Here's a look at school districts with delays and snow routes for Wednesday.

Linn County has regained ownership of Upper Calapooia Drive south of Sweet Home and is working toward opening it to the general public in mid-March.

A Weyerhaeuser sign along Upper Calapooia Drive states that the land past the blacktop road is private property. 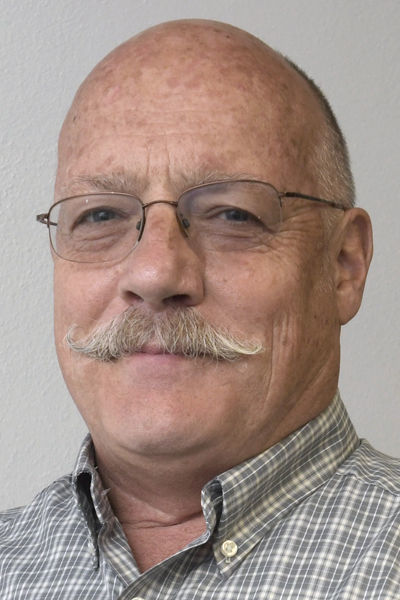