After a 33-year career with the Linn County Sheriff’s Office — the last four years as sheriff — Bruce Riley said Wednesday morning that he plans to retire June 1.

“It’s the right time for the transition,” Riley said. “It’s not something that just came to me overnight. I’ve thought about it for some time. I have been blessed to have this job, but I have always known it is temporary. Someone else will sit in this chair and keep our citizens safe.”

Riley said he notified county commissioners Roger Nyquist, John Lindsey and Will Tucker and his staff of 187 on Tuesday.

Riley recommends that Undersheriff Jim Yon be his successor. Yon's name will be on the May ballot. If elected, he would take over his new duties June 2, instead of Jan. 1, 2019.

“Part of the job of being sheriff is mentoring your replacement,” Riley said. “Jim will do an excellent job. He has 24 years' experience, is a man of great integrity and understands our philosophy.”

Riley, 56, said he doesn’t have any definite plans about what he will do in retirement, but noted, “There are many chapters in life.” He and his wife, Renee, enjoy camping at the Metolius River and he also enjoys crafting hand-made writing pens.

Riley’s father Del was the county clerk for many years.

“I grew up around the courthouse,” Riley said. “When I was a kid, I used to sell candy bars to the commissioners.”

Riley laughs when he says he's held only three jobs in his lifetime. As a boy he worked for a neighbor who was a lapidarist — someone who makes things out of rocks.

“When I was 15 or so, I started working for Stan Martin at Albany Lock and Key and actually become a journeyman locksmith,” Riley said.

But his career choice was almost cut extremely short.

“I got a layoff notice the day I was hired,” Riley said. “The law enforcement levy was on the ballot and if it didn’t pass, I would the first one laid off. Fortunately, it passed.”

When Riley was sworn in as sheriff four years ago, Martinak noted, “I thought when I hired him that this kid could be sheriff someday. I knew his father, Del (former Linn County clerk), for years and I knew he came from a great family. I always believed in hiring local kids if I could because this is their home. They have a vested interest in treating people like its home, because it is.”

Riley said he's enjoyed every phase of his career, but has especially enjoyed being sheriff — even though it comes with the challenge of the “buck stops here.”

On the wall behind Riley’s desk is his motto: “Keeping the peace with dignity, honor and compassion.”

He called being sheriff a wonderful opportunity that is both an honor and humbling. He worked under four sheriffs: Ken Goin, Art Martinak, Dave Burright and Tim Mueller.

“I was very fortunate in my career to get a promotion about every four or five years and to take on new challenges,” Riley said. “I spent eight years as a sergeant and that was my longest stretch in one job.”

When he started in law enforcement, Riley said, “There were no computers, no cell phones. As a patrol deputy, I carried a bunch of quarters and knew where every pay phone was in the county.”

He was paid $1,500 per month and was coached for three weeks before being sent to the police academy for eight weeks of training. “Today, it may take as long as 18 months before we turn a patrol deputy loose on his own,” Riley said.

Reports were handwritten. He carried a revolver instead of a semiautomatic pistol, and there was a 12-gauge shotgun in his Chevy Caprice patrol car.

“Later on, we got one bag phone and we had to justify each call because it cost 35 cents a minute,” he said.

On May 12, 2017, Riley was honored to be the guest speaker at the police academy graduation ceremony in which his son Caleb was a participant.

Riley told the graduates they should be guided by three key goals: servanthood, dignity and attitude.

He reminded them that first and foremost, their job is to serve.

“In serving you don’t act alone,” he said. “Everything you do reflects upon you, your agency and all of law enforcement.”

He encouraged them to always treat people with dignity.

“Treat the crime victim the way you would want your family member treated,” he said.

Attitude is a choice, he said.

“Every day, sometimes every hour, you must choose the right attitude,” Riley said. “Stay positive, run don’t walk from negativity. Negativity is a cancer and can tank a career. Resist complaining because complaining stifles problem solving.”

Riley was first appointed to fill out the term of Sheriff Tim Mueller upon his retirement, and then was elected for a four-year term.

“I hit the ground running,” Riley said. “And since then, it’s been like drinking from a fire hose.”

Riley said key events under his watch include passing another four-year levy, opening the 48-bed L Block of the county jail, hiring 44 employees due to retirements, taking over management of the dog pound, initiating focused-area patrols, dealing with the legalization of marijuana, adding two canines, and become an accredited office.

“I think it is important that because we are funded by tax levies, we never forget who are bosses are,” Riley said. “Although the county commissioners have control over our budget, our ultimate employers are the taxpayers of the county. That’s why we respond to every single call. We don’t have a phone tree in this office. If someone calls at 3 a.m., they will talk with a human. If someone calls and wants to talk to a deputy, we will respond.”

Riley said opening the closed cell block wasn’t easy, but it has provided his deputies with something others don’t have — “an empty bed for bad guys.”

He is also proud to have started fun shooting events for residents of the Edward C. Allworth Veterans Home.

Riley said he hopes that he will remembered as someone who, “rides for the brand.”

“Riding for the brand” is an expression of loyalty to an employer. It dates back to the 1800s in the days of massive cattle drives. Cattle were branded with the ranch owner's mark, and that brand was a mark of pride.

Riley said his brand comes from the citizens of Linn County.

He said the next few months will continue to be busy as he prepares the annual budget and the county goes out for another four-year law enforcement levy on the May ballot.

“I plan to work up to my last day,” Riley said.

Board of Commissioners chairman Roger Nyquist said he will miss working with Riley.

“During his time as sheriff, Bruce has brought a great compassion for ensuring that communities and neighborhoods are safe,” Commissioner Roger Nyquist said. “We commend him for his leadership and wish him the best in retirement.”

The charges stem from two incidents in North Albany.

The victim alleged the suspect pulled a knife on her and took her on a drive out of town.

It's the brainchild of the Mid-Willamette Family YMCA in Albany. Here's what you need to know.

Lebanon High School was placed on lockdown Friday morning, Dec. 3, after officials there learned of a potential threat to the campus. Local la…

Corvallis woman identified as individual killed in crash near Philomath

The Benton County Sheriff’s Office has identified the Corvallis woman who was killed in a pickup-versus-bicycle crash on Sunday, Nov. 28 near …

A Corvallis man has been arrested on an alleged first-degree arson charge.

She's the first female sheriff in county history. But she'll have to defend her office on the May ballot from a challenger. 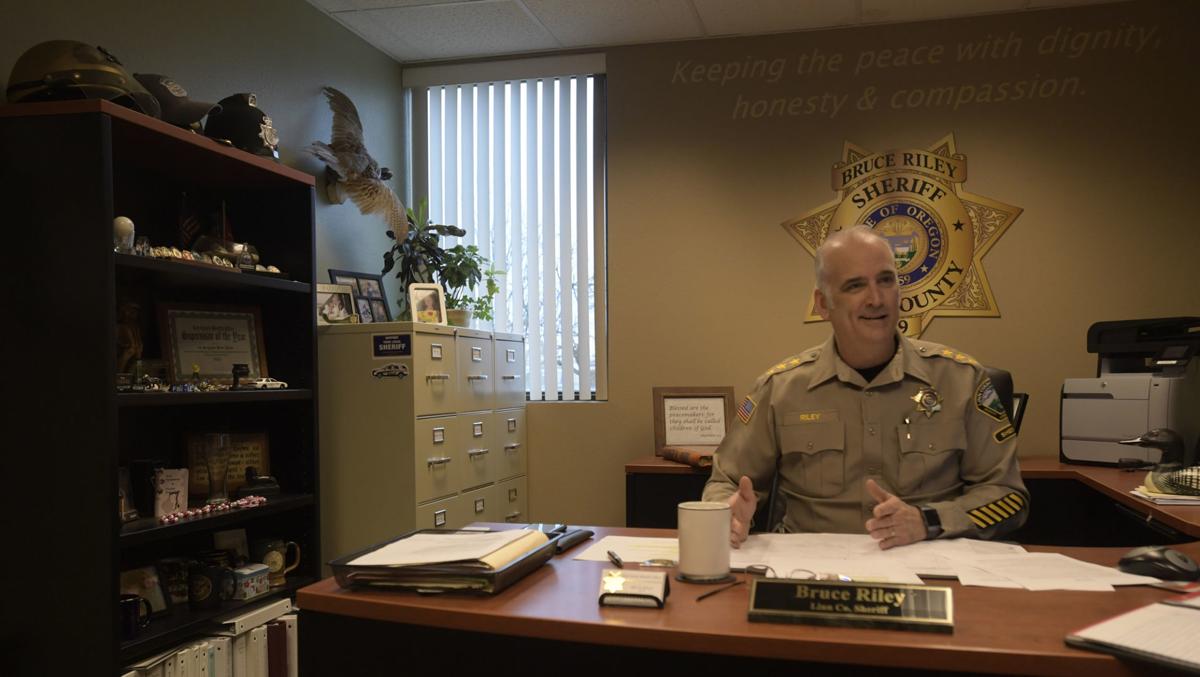 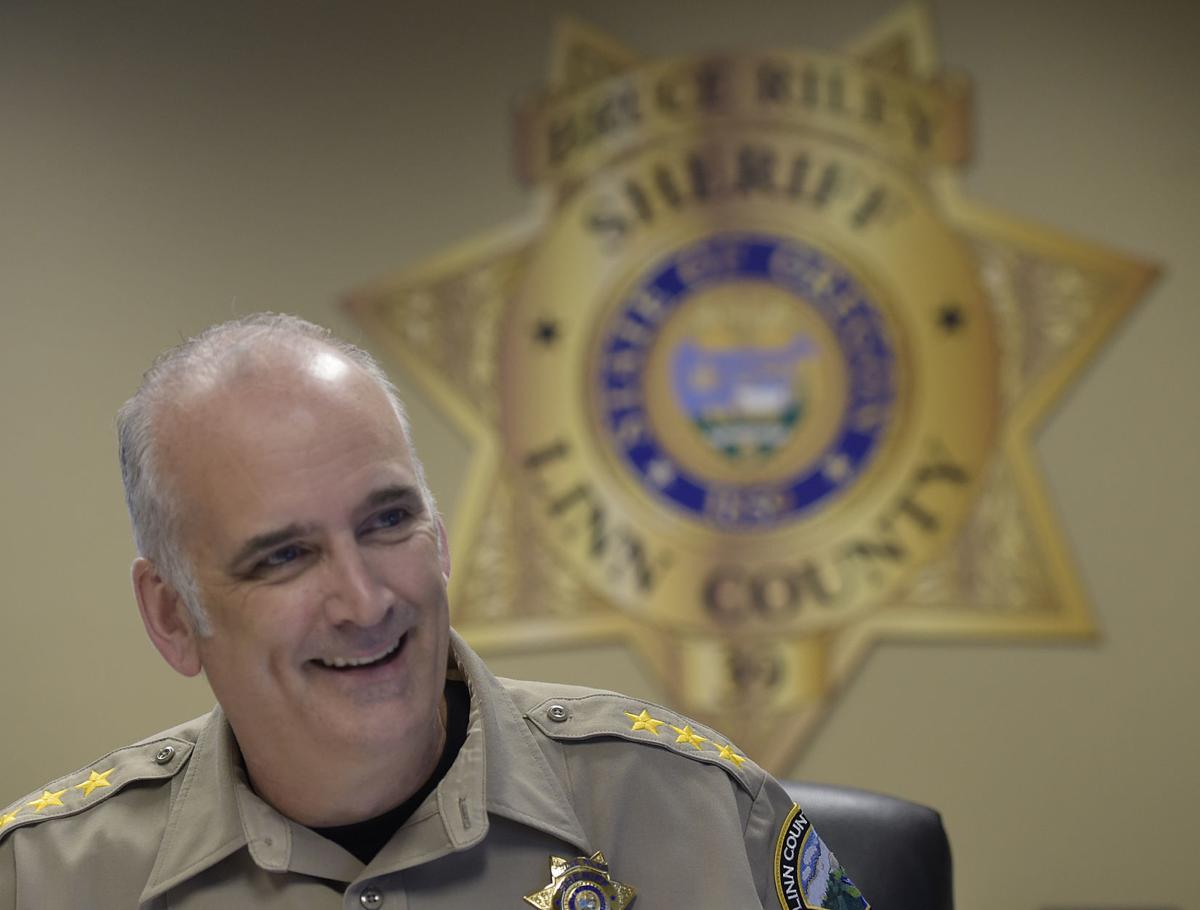 After 33 years in law enforcement -- the last 4 as sheriff --  Bruce Riley plans to retire June 1. 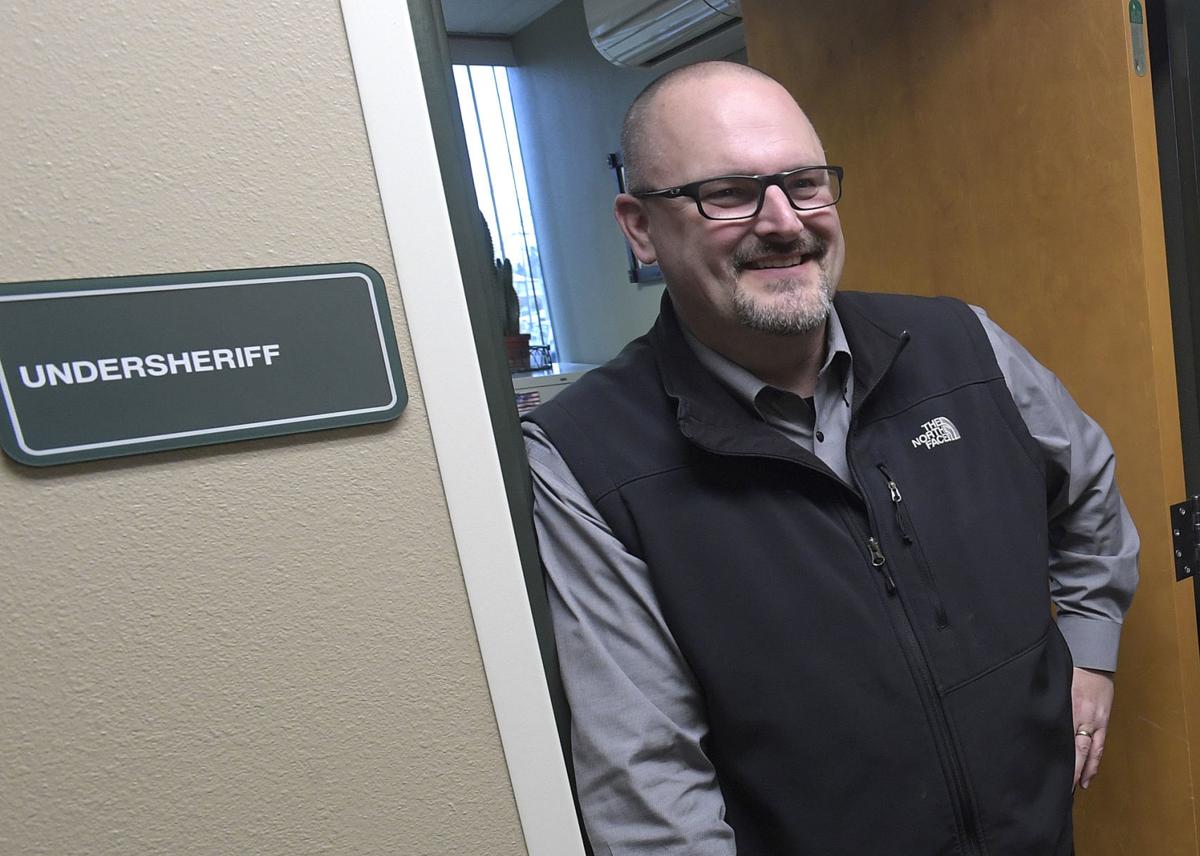 Sheriff Bruce Riley is recommending that the board of commissioners appoint Undersheriff Jim Yon as his replacement when Riley retires June 1.