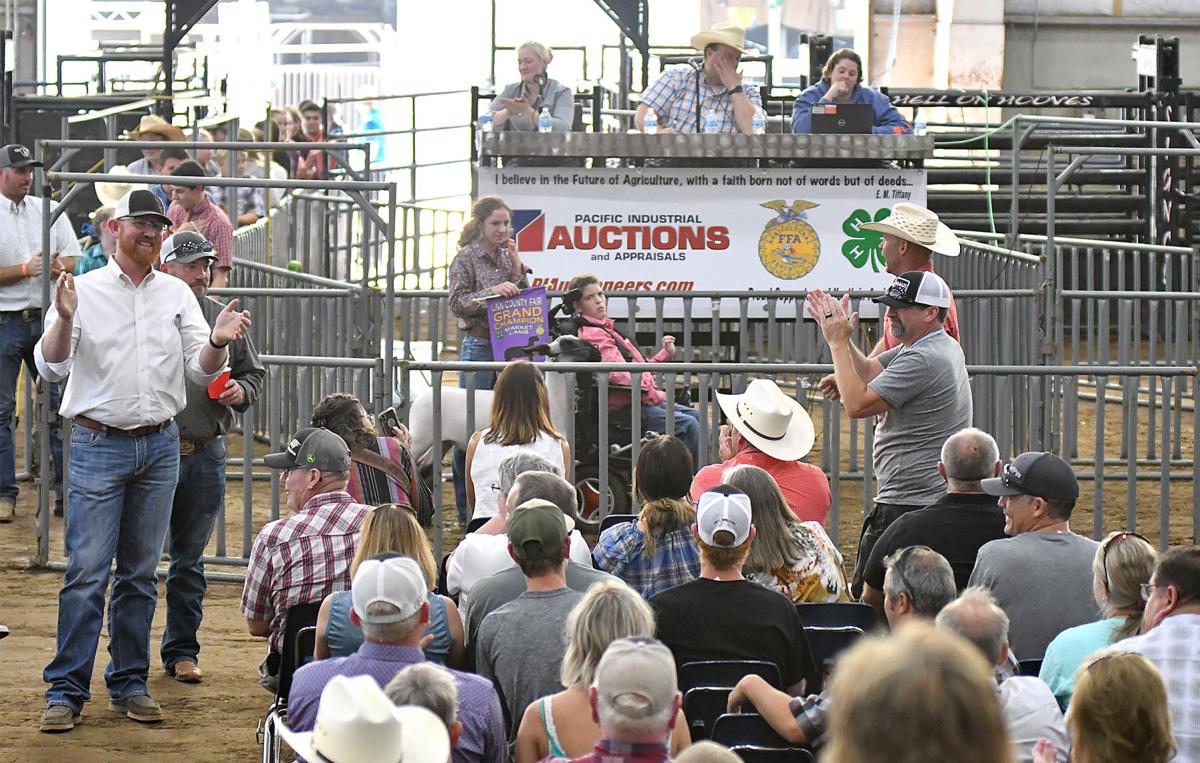 Auctioneer Jake Cheechov, top center, appears to wipe his eyes after closing out the bid on Weston Tenbusch's Grand Champion Lamb at $200 per pound for a total of $27,400. 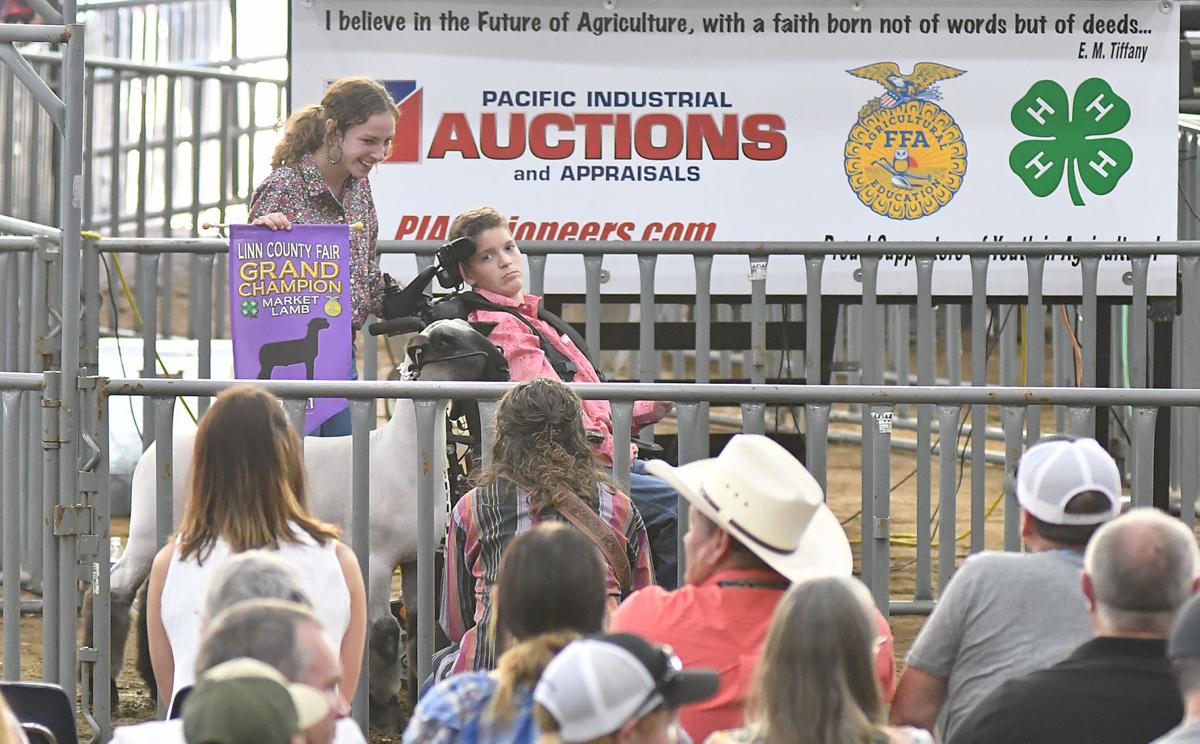 Weston Tenbusch watches the bidders up the bid on his lamb while Meg Neuschwander holds his Grand Champion banner.

This year's Linn County Youth Livestock Auction was record-breaking, with sales of more than $1.15 million, according to early tallies.

“It was phenomenal,” said Andrea Leao, 4-H Outreach Coordinator with the Oregon State University Extension Service. “It’s super exciting. We love the support, but I don’t see it becoming the norm.”

Leao said the strong auction prices were a trend across the state. “Both Marion County and Jackson County have had record setting years, too," she added. "The prices of our champions were huge. We've never had prices like that.”

The auction began strong with several of the small animal species of rabbits, chickens and turkeys selling for $900 to $1300 and then took off with the first champion steer fetching more than $15,000 and the runner-up taking in more than $14,000.

More than a third of the way through the auction, Weston Tenbusch, 13, of JR Farms 4-H  brought his Grand Champion lamb into the auction ring and the bidding took off.

Tenbusch, who has cerebral palsy, sat in his powered wheelchair while Meg Neuschwander assisted by holding his purple grand champion banner behind his lamb.

“I didn't think he would get 200 bucks per pound,” said an emotional  Greyson Tenbusch, the twin brother of Weston.

Both boys received call backs and made the champion drives while showing their lambs at the fair.

Weston, who is in his fourth year showing lambs, is currently working on improving the driving of his motorized wheelchair around the farm and working on his communication skills.

“It's really special the community that we live in because he's included with his peers they just are good people,” Molly Tensbusch said.

The final auction total will not be known for a while because the "add-on" portion, where community members can donate to 4-H or FFA youth, is still open for a few days.

Dinosaurs with long tails would have wagged them as they ran

Dinosaurs with long tails would have wagged them as they ran

The kids and the crowds alike were giddy for the return of the in-person livestock auction at the Linn County Fair on Saturday, which features…

Auctioneer Jake Cheechov, top center, appears to wipe his eyes after closing out the bid on Weston Tenbusch's Grand Champion Lamb at $200 per pound for a total of $27,400.

Weston Tenbusch watches the bidders up the bid on his lamb while Meg Neuschwander holds his Grand Champion banner.