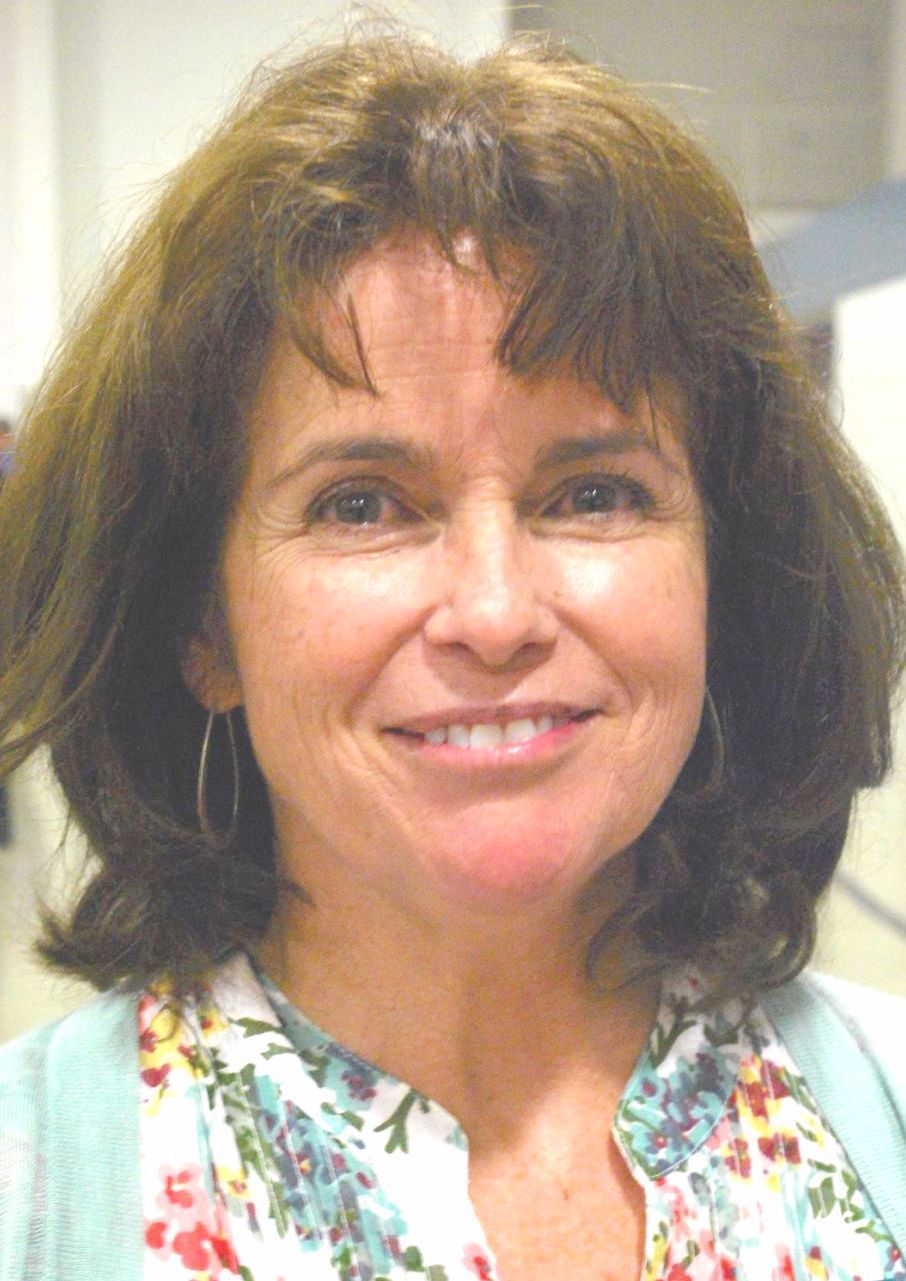 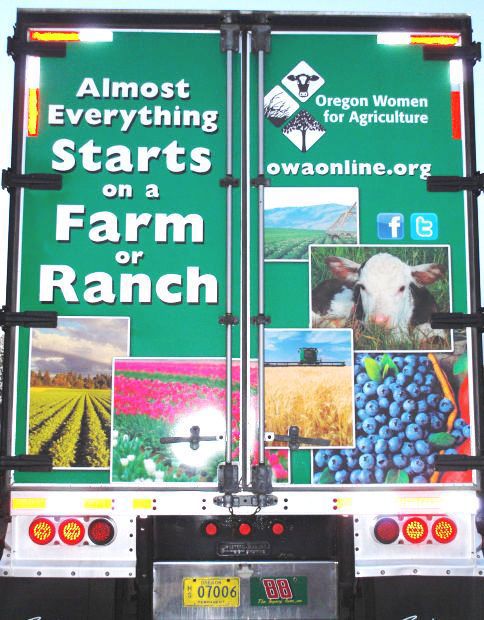 One of the key programs sponsored by the Oregon Women for Agriculture auction is wrapping trucks with information that "Almost Everything Starts on a Farm or Ranch."

The organization, whose goal is to support and educate the public about the benefits of agriculture, hopes to gross $110,000 to help fund numerous statewide projects, according to President Debbie Crocker of Monroe.

“More than 900 people attended last year’s auction,” she said. “Our most recent ticket count has already topped 800. It’s fun to enjoy the great supper and fellowship with fellow ag people.”

“We also have a very nice package from the Inn at Diamond Woods near Monroe,” Crocker said. “The lodge sleeps eight with four master suites. Golf is included, as is a tour of the Benton-Lane Winery.”

The wraps promote the theme, “Almost Everything Starts on a Farm or Ranch.”

The wraps are made and installed at VanDyke's Signmakers in Tangent.

OWA members also advocate for agricultural causes at the Legislature in Salem, as well as in Washington, D.C.

In the last year, OWA has lobbied against Ballot Measure 97, a corporate gross receipts tax; opposed the Owyhee Monument which would affect working farms and ranches in Malheur County; and opposed raising the state’s minimum wage to $15.

Oregon Women for Agriculture was founded 40 years ago by Willamette Valley Farm women in response to reduction and eventual banning of grass seed field burning. The auction was first held in Polk County and moved to Linn County in the 1990s.

Members come from all walks of life, not just farms, but share a commitment to promoting all phases of agriculture — food, fiber, fuel, forest products and flora.

Crocker and her husband Collin have farmed in Benton County for 31 years.

First vice-president Helle Ruddenklau grew up on a farm in Denmark and moved to Oregon in 1984 with her family. She and her husband farm near Amity.

Tickets: $50, available at the door

The charges stem from two incidents in North Albany.

The victim alleged the suspect pulled a knife on her and took her on a drive out of town.

It's the brainchild of the Mid-Willamette Family YMCA in Albany. Here's what you need to know.

Lebanon High School was placed on lockdown Friday morning, Dec. 3, after officials there learned of a potential threat to the campus. Local la…

A Corvallis man has been arrested on an alleged first-degree arson charge.

She's the first female sheriff in county history. But she'll have to defend her office on the May ballot from a challenger.

One of the key programs sponsored by the Oregon Women for Agriculture auction is wrapping trucks with information that "Almost Everything Starts on a Farm or Ranch."