Carson Bigbee: Big-leaguer from Waterloo
0 comments
Share this
{{featured_button_text}}
1 of 2 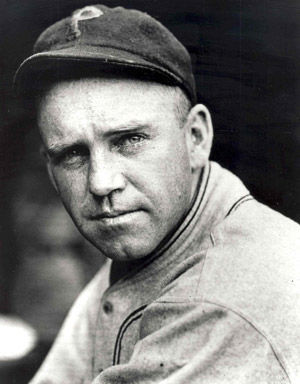 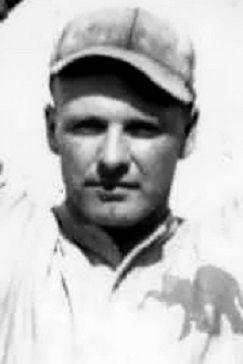 SWEET HOME — 100 years ago this week, Carson Bigbee, a 21-year-old farm boy from Waterloo, made his professional baseball debut with the Pittsburgh Pirates.

And although his story isn’t well known, the Linn County native played an important role in helping his team win the 1925 World Series.

He also was involved in the Pirates' famous "ABC Incident" during the 1926 season, which started with unrest among the players against the team's vice-president and ended with the release of two players, including Bigbee, and another being put on waivers. Historians credit this incident as a big reason the team did not repeat as world champs in 1926.

Author Angelo Louisa details the incident in a report for the Society for Baseball Research at http://sabr.org/bioproj/person/6f6673ea. Another account can be read at http://bit.ly/2bN28rA.

The talented outfielder would go on to play 11 seasons of pro ball, all with the Pirates and near the end of his career, was joined by his older brother, Lyle, a pitcher and three-sport letterman at the University of Oregon.

Carson Bigbee was born on March 31, 1895, and had the good looks of a movie star and enough athletic ability to be a solid player his entire career.

In his early years, he also had a penchant for successfully stealing bases, earning him the nickname, “Skeeter.”

Bigbee, who also played baseball at the University of Oregon, appeared in 1,147 professional games.

After his playing days were over, he coached two All-American Girls Professional Baseball League teams — the Muskegon Lassies and Springfield Sallies — during the 1940s, when Major League Baseball was dormant due to World War II.

According to a biography about Bigbee in the history of the All American Girls Professional Baseball League, Bigbee was a “skeptic of the league when he arrived, later became the game’s biggest booster as he managed the Springfield Sallies. He had a fine competitive spirit and a pleasing personality made him popular with both players and managers throughout the league.”

His claim to fame was that on August 22, 1917, Bigbee set a major league record by coming to bat 11 times in a 22-inning game against the Brooklyn Dodgers.

And during the 1925 world championship, Bigbee hit a game-tying double off future Hall-of-Famer Walter Johnson in the final game of the series.

The Pirates went on to win the title over the Washington Senators.

Bigbee died on October 17, 1964 at the age of 69 and is buried at the Willamette National Cemetery in Portland.

The road to the pros was more difficult for Lyle Bigbee, although he was a stellar athlete for the U of O.

The boys got their athletic talent from their father, Claiborne Fox Bigbee, who had emigrated from Missouri to Oregon and became a high school teacher. His wife, Callie Morris Bigbee, taught elementary school.

The elder Bigbee was known for being the first man to pitch a curve ball in the mid-valley and at one point all three of his sons were playing for the Albany High School baseball team. Lyle was a right-handed pitcher, Carson handled shortstop and their older brother, Morris, was at third base.

The trio also propelled the Albany high basketball team to the 1911 Western Oregon High School championship. Morris was a senior, Lyle a junior and Carson a sophomore.

In all, the three Bigbee boys earned 11 varsity letters.

At the University of Oregon, all three brothers were on the baseball squad, plus Carson and Lyle played basketball and football, Lyle was a halfback and Carson the team’s quarterback.

But after college, their lives took divergent paths.

While Carson Bigbee was building a solid professional career, Lyle struggled, perhaps in part due to an injury to his arm suffered in a college football game.

Lyle was 6-feet tall, weighed 180 pounds and was talented enough to be a three-sport letterman at the University of Oregon. He played for several minor league baseball teams including Klamath Falls, the Portland Beavers and Spokane Indians.

In 1920, Lyle's shot at the pros came true when he was signed by the Philadelphia Athletics under owner-manager Connie Mack. It was a rough start, pitching in 12 games, but allowing an earned run average of 8.

He had better luck as an outfielder, and by the end of the season, that became a regular position for him, but he struggled at the plate, hitting only .191.

After being injured in spring training in 1921, Bigbee was sent back to the minors in Newark, where he got his ERA down to 2.60 and posted a 9-6 record on the mound.

In 1921, Bigbee joined Carson on the Pirate’s roster, pitching in five games for a total of eight innings.

It would be his final season in the professional baseball.

Bigbee could throw a curve ball with the best, but he had difficulty getting the ball over the plate consistently.

By the time he was 30 years old, Lyle Bigbee’s days in professional baseball were over, although he continued to play in semipro outings.

After baseball, Lyle was a mechanic and even worked the family farm near Waterloo for several years in the late 1930s, until he and his wife, Nita, divorced and she moved with their only child to California.

Lyle began working in the Portland shipyards to support the war effort and in 1942, Lyle took his own life in a Portland boarding house.

He is buried at the Liberty-Nye Cemetery near Sweet Home.

He was a multi-sport letterman at the University of Oregon and earned the rank of 1st Sergeant in the Army National Guard in World War I.

Editor’s Note: Much of the information for this story came from the following sources: Baseball Reference.com; Find A Grave; and the Society for American Baseball Research stories by Ed Bartholemy and Angelo Luisa; "Called Foul: The ABC Incident and Labor Relations in Major League Baseball during the 1920s," by Cole Mauter, Univesity of Puget Sound.

US Navy sailor puts training to work in boat rescue

US Navy sailor puts training to work in boat rescue

An outbreak at an Albany church is raising questions about the oversight of COVID-19 social distancing guidelines at faith-based institutions.…

A 66-year-Scio man was killed Friday in a head-on collision near Turner.

A 43-year-old Linn County woman was Oregon’s 2,497th COVID-19-related death, it was announced by the Oregon Health Authority on Saturday. In t…

Family members of Sherry Zetzman, including her mother Terry Bushnell, her father Lee Bushnell, and her sister Crystal Bushnell, speak out abo…

Albany waives requirement for police chief to live in city

Albany Police Chief Marcia Harnden performed a minor miracle last weekend, given the current state of the local housing market: She found an a…

Neighbors of a proposed 12-acre solar farm east of Albany are voicing opposition to the project.

By tiny fraction in metrics, 15 counties moving out of extreme COVID-19 risk

The indoor dining ban and other major restrictions under COVID-19 rules will be lifted Friday for 15 counties because a key metric was missed by .1%.

A COVID-19 outbreak at a Corvallis care facility for dementia patients continues to grow, according to the latest information from the Oregon …

Crash closes northbound lanes of I-5 north of Exit 216

One northbound lane of Interstate is blocked just north of Exit 216, OR 228 Halsey-Sweet Home Highway, by a rollover crash, according to the O…

As the 2020-2021 school year draws to a close, both Greater Albany Public Schools and the Corvallis School District have announced a changeove…