US daily virus death toll back above 1,000 for first time in over a month. Get the latest.

$1.4B breach of contract lawsuit starts Thursday
Share this
{{featured_button_text}}
1 of 4 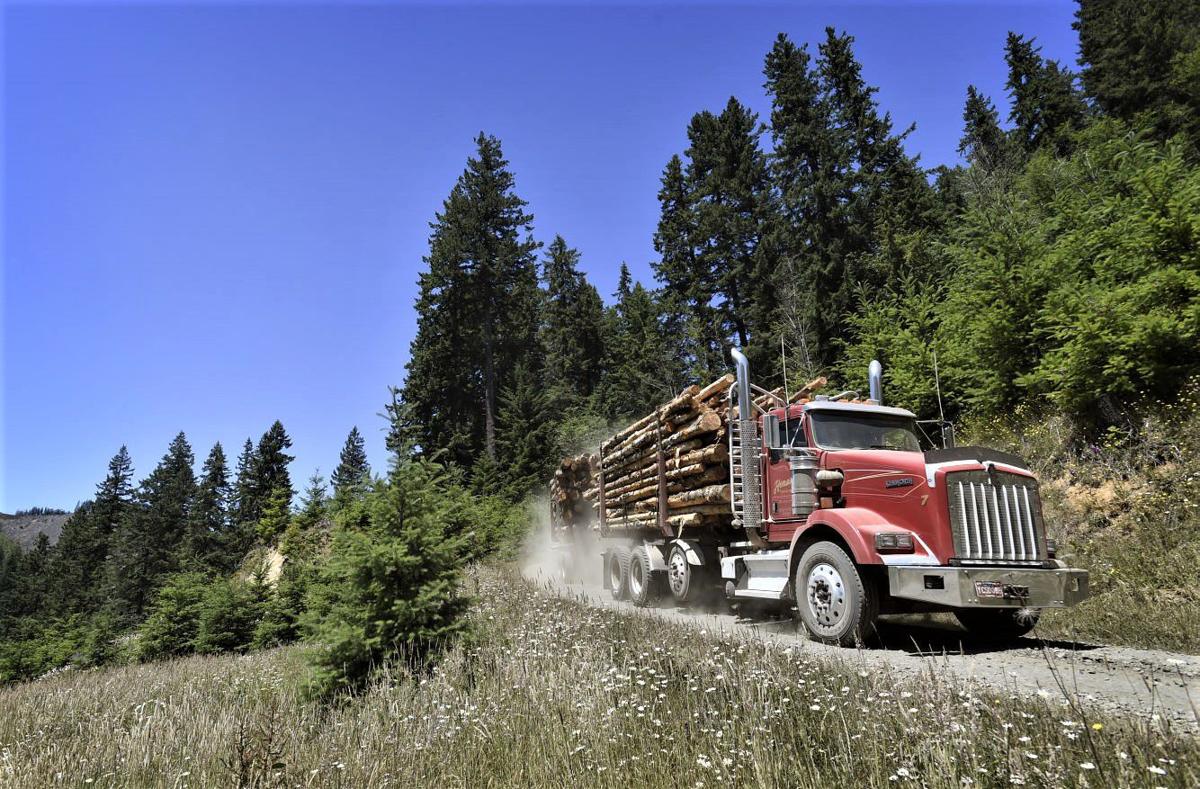 Linn County and more than 150 other taxing districts say the Oregon Department of Forestry has not managed nearly 700,000 acres of state forest lands to maximize income since 200 and are seeking $1.4 billion in actual and future damages. 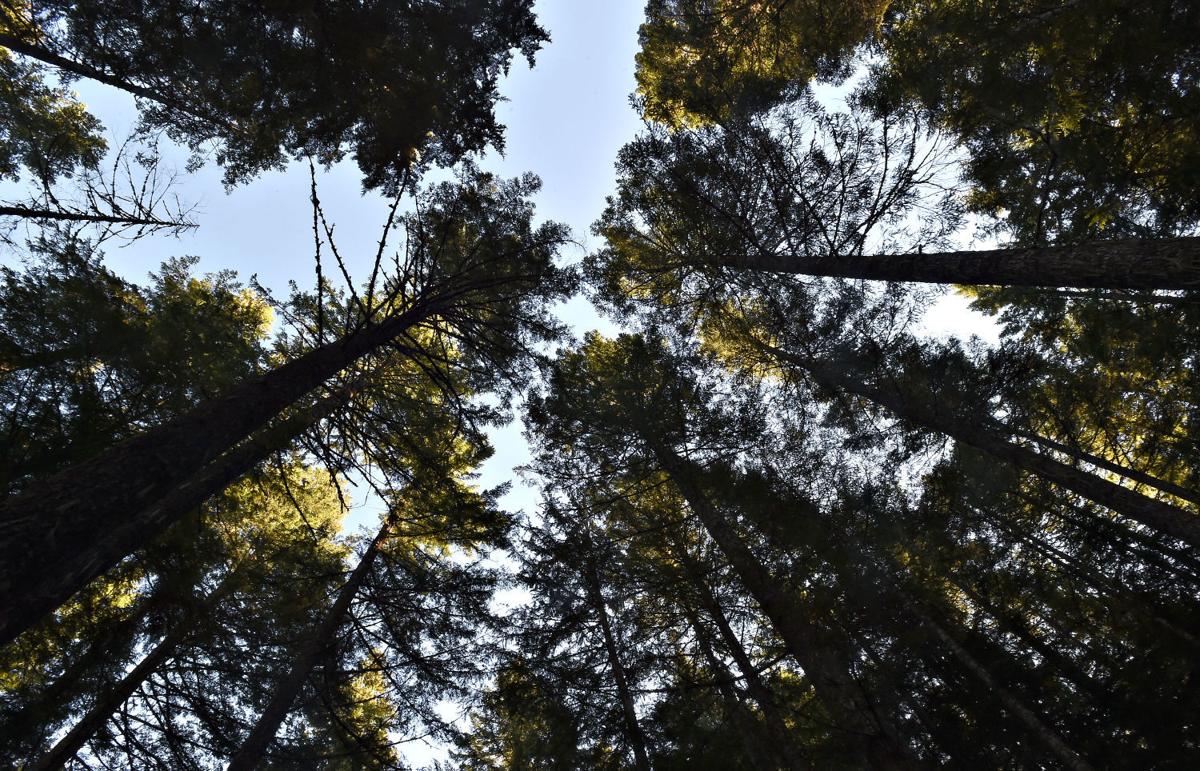 In 1998 the Oregon Department of Forestry changed the interpretation of the term “greatest permanent value” as it applies to state forest trust lands. A lawsuit filed by Linn County argues that the change amounted to a breach of contract with counties that include some of those lands. 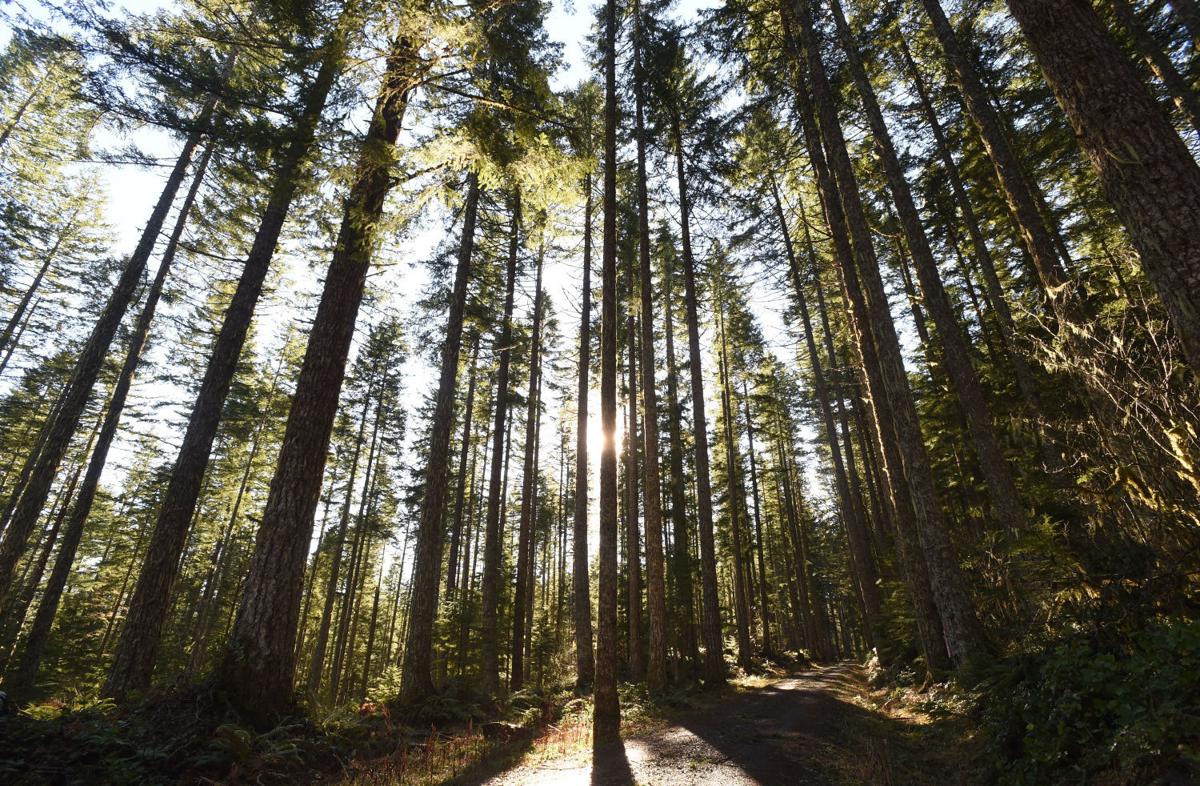 Tall fir trees line a road in the Santiam State Forest south of Mill City. The Oregon state forest covers 47,971 acres in Linn, Marion and Clackamas counties. Linn County announced in 2016 its intent to file a $1.4 billion class-action lawsuit against the state, charging that mismanagement of the lands has cost counties $35 million a year since 1998. 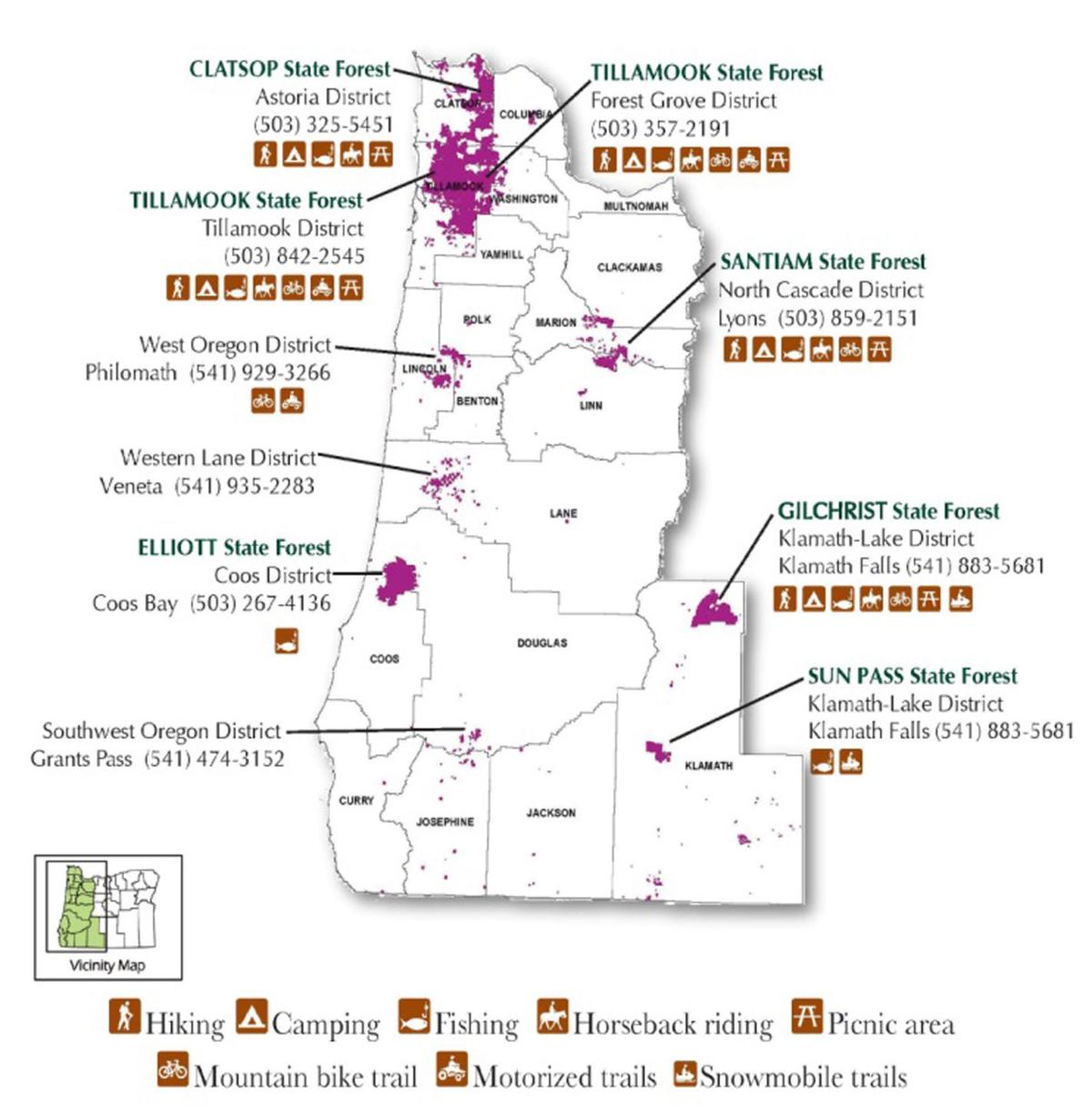 It's been nearly four years since Linn County and 150 other counties and taxing districts filed a $1.4 billion breach-of-contract lawsuit against the state of Oregon and the Oregon Department of Forestry.

But a recent hearing in Linn County Circuit Court demonstrated that time and numerous court conferences have not narrowed the divide between the two sides.

“Your Honor, the state still believes this case is about state statute, but it’s not,” plaintiff's attorney John DiLorenzo of the Portland law firm Davis Wright Tremaine told Judge Thomas McHill. “It has always been about a breach of contract, pure and simple.”

But state’s attorney Scott Kaplan has said numerous times that the state has not only the right, but an obligation, to Oregon residents to amend management of the state’s forests, especially when those changes affect the environment and wildlife.

Beginning at 9:30 a.m. Thursday, a 12-person jury will be asked to determine the issue in what is scheduled to be a three-week trial. The verdict, whatever it may be, likely will be appealed. The lawsuit potentially could have a big impact in how the state manages its timberlands, and could add a new chapter in the sometimes-strained relationship between state governments and Oregon counties.

Linn County and its fellow plaintiffs will be represented by a legal team headed up by DiLorenzo and the state’s legal team is headed up by Kaplan, assistant attorney-in-charge at the Oregon Department of Justice.

The breach-of-contract lawsuit has its origins in the Great Depression, when thousands of acres of timberlands were harvested by privately owned companies. After the trees were harvested, many of the landowners determined it would be more cost-effective to let the lands go back to the counties for unpaid taxes, rather than replant millions of trees and wait 40 to 60 years to harvest them.

Because the nation was in the grips of the Depression, counties did not want the properties, nor could they afford to reforest them.

Working with the state, the counties turned the timberlands over to the Board of Forestry through the Forest Acquisition Act, with the understanding that the state would replant them and upon harvest, share the income with the counties based on a tenet of “greatest permanent value.”

And it is upon those three words — "greatest permanent value" — that the lawsuit rests.

Members of the class action lawsuit say the term means timber management that provides the most annual income on a sustainable basis over the long-term.

The decisions that led to the lawsuit date back now some two decades.

In 1998, after several public hearings, the Oregon Board of Forestry approved a new management plan based on a definition of “greatest permanent value” that was expanded to include factors such as recreation, riparian zones, wildlife enhancement, water quality and more.

Since then, the plaintiffs argue, the 15 counties in which the state’s six state forests totaling more 700,000 acres — known as the forest trust counties — have seen their annual share of revenues decrease by $35 million per year.

“This lawsuit is all about economic development and jobs,” said David Yamamoto, a Tillamook County commissioner and chair of the Council of Forest Trust Land Counties. “This deal, this contract, was made many years ago, in the '30s and '40s, but unfortunately production from our forest lands is not what it could be.”

Yamamoto said that over the last 15 years, Tillamook County — which is home to more than half of all state forest lands — has received about $15 million per year in state forest funds.

“People see that number and say, ‘Wow, the county is flush with money,’” Yamamoto said. “But as soon as we get those funds, we get to keep about 25 percent, and checks are immediately cut for the other 75 percent to 20 districts. They include three school districts, a community college, fire and rescue and the like. People think the money stays with us, but it doesn’t."

He said the state wage average is about $52,000 per year, but in Tillamook County, the average annual wage is only about $37,000 per year.

“In Tillamook County, timber jobs are family-wage jobs,” Yamamoto said. “They pay about $55,000 with full benefits. Mill jobs average $59,000 and trucking and transportation jobs average $48,000. There are 60,000 forest products jobs in Oregon, about 852 in Tillamook County that generate about $43 million annually for our local economy.”

Comparatively, tourism jobs are usually seasonal, do not include full benefits and average about $23,000 per year in wages.

“We do sustainable forestry today, it’s not it was a generation or two ago,” Yamamoto said. “We take care of the environment. When it comes to clean water, habitat restoration and fish recovery, no Oregon county does it better than Tillamook County.”

“We think ‘greatest permanent value’ for Oregon — the statutory direction for state forest lands — is best served by balanced management that provides a range of values for the present and future,” Van Dyk said in written statement. “Those include clean water, fish and wildlife habitat, timber supply, revenue, hiking and camping and hunting, off-road vehicle use, and carbon storage.”

Van Dyk added, “Whatever the decision in the Linn County trial, we are sure each side will appeal the verdict, so there are years of litigation to come.”

But in July of that year, Judge Daniel Murphy ruled that no interveners would be allowed to enjoin the lawsuit.

He said the environmental groups were not “parties to the statutory contracts created and subject of this suit.”

Roger Nyquist, chair of the Linn County Board of Commissioners, said the issues in the lawsuit go beyond the environmental questions: The counties and taxing districts, he said, simply want the state to live up to its long-term promises.

Nyquist added, “The administrative rule passed in 1998, has cost local government in the 15 counties a lot of money, and we look forward to a satisfactory resolution in this matter.”

State’s attorney Kaplan and Van Dyk share a common belief that the Linn County Circuit Court is just the first step for this lawsuit in what will likely be an extended legal battle.

At the recent hearing, Kaplan noted, “This is the first step in a long journey. The appellate court is where this case will be decided.”

The attorneys for both Linn County and the state have said they hope to enpanel the jury Thursday morning and give their opening statements Thursday afternoon.

See a joint statement from the Linn County Commissioners and a copy of the complaint in the online version of this story.

1930s to 1960s: The state of Oregon takes over the management of thousands of acres of cut-over timberlands in 15 counties around the state. P…

Jury process about to begin in timber suit

A $1.4 billion breach of contract lawsuit brought against the Oregon Department of Forestry by Linn County and 100 other taxing districts is h…

A $1.4 billion class-action lawsuit brought against the Oregon Department of Forestry by 14 counties and more than 100 taxing districts across…

In a legal action that could have major implications for Oregon Forest Trust Lands, Linn County officials said Wednesday they intend to file a…

Wednesday was a hectic and historic day for Roger Nyquist and fellow Linn County Commissioners John Lindsey and Will Tucker.

The panelists at Monday’s City Club of Corvallis discussion came from all points of the journalistic spectrum, but they all agreed on one thin…

Linn County and more than 150 other taxing districts say the Oregon Department of Forestry has not managed nearly 700,000 acres of state forest lands to maximize income since 200 and are seeking $1.4 billion in actual and future damages.

In 1998 the Oregon Department of Forestry changed the interpretation of the term “greatest permanent value” as it applies to state forest trust lands. A lawsuit filed by Linn County argues that the change amounted to a breach of contract with counties that include some of those lands.

Tall fir trees line a road in the Santiam State Forest south of Mill City. The Oregon state forest covers 47,971 acres in Linn, Marion and Clackamas counties. Linn County announced in 2016 its intent to file a $1.4 billion class-action lawsuit against the state, charging that mismanagement of the lands has cost counties $35 million a year since 1998.