No one hurt in Corvallis mobile home fire

FRANKLIN, Mass. — A Massachusetts police department has a thief in its midst.

Officers with the Franklin police department had worked diligently to collect toys for needy children this holiday season, but noticed that some of those toys were disappearing, according to CNN affiliate WFXT.

Fortunately, the culprit was caught in the act and on camera. It was their own therapy dog, Ben Franklin.

"When Ben saw the toys, he thought they all belonged to him," Deputy Chief James Mill told the station.

Ben tried to outrun officers when they caught him carrying a baby doll in its carrier by the handle. But he ended up just leading them back to the stash of goodies by his bed under a desk.

Police were unable to recover the toys from Ben, due to an excess of slobber. Officers have instead replaced the stolen toys, the station reported.

He will likely not face charges, the station said, but he has been banned from the toy room.

Lucky for Ben, he has friends on the inside.

"He has the run of the station, and it's amazing he's like one of those friends who always shows up at a party that everybody loves," Mill told the station. "So even if you're having a terrible day, if Ben walks in, seriously it's like a ray of sunshine."

Benefits (and some surprising science) about owning a pet

Thursday is "National Love Your Pet Day" in the United States, but every day is "love your pet" day is many homes.

Meet Herman and Lundy. Herman, a pigeon, suffered neurological damage more than a year ago and can't fly. Lundy, a chihuahua, can't use his back legs. 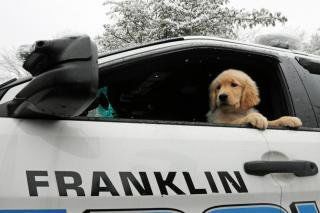 Officers with the Franklin Police Department had worked diligently to collect toys for needy children this holiday season, but noticed that some of those toys were disappearing. Fortunately, the culprit was caught in the act and on camera: their own therapy dog, Ben Franklin. 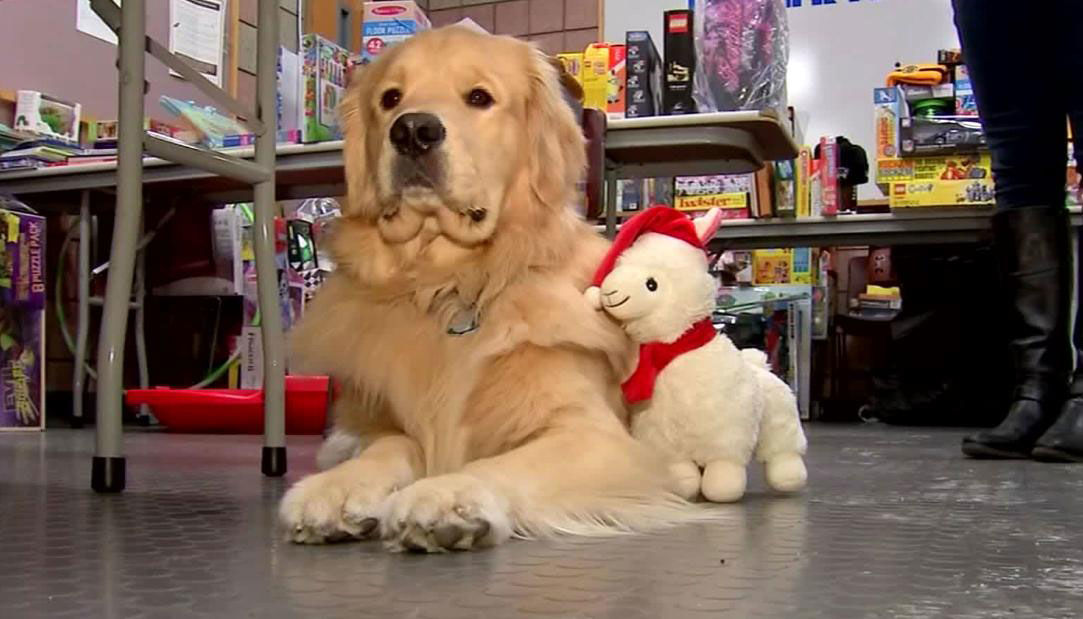 "When Ben saw the toys, he thought they all belonged to him," Deputy Chief James Mill said of therapy dog Ben Franklin, who was caught in the act of stealing donated toys.