The two are an unlikely pair: Herman, a pigeon, suffered neurological damage more than a year ago. He can't fly. Little Lundy, a newborn chihuahua puppy, can't use his back legs.

But stick them together, and the two will snuggle up as though they were members of the same litter — or nest.

The two met through the Mia Foundation, a rescue organization in Rochester, New York, that rehabilitates animals with birth defects and physical deformities. Sue Rogers, the nonprofit's founder, sends most of her rescues to foster homes around the United States but keeps a few of them for school programs about bullying.

Their interspecies friendship has inspired scores of supporters to donate to the foundation. And the animals, Rogers said, make each other better.

Herman was found more than a year ago in a car dealership parking lot, where he sat on the pavement, unmoving, for three days. Eventually his rescuers realized the poor pigeon couldn't fly.

Neighboring wildlife rescues said he couldn't be rehabilitated and would need to be euthanized, so Rogers took care of him herself.

He now rests in a baby crib for some of the day, but she takes him outside daily to stimulate him.

Lundy, an infant chihuahua, is a new arrival. His breeders in South Carolina sent him to Rogers because he had trouble using his hind legs, a condition known as swimmers syndrome.

At just 6 ounces, he was small enough to fit in a shirt pocket. Rogers said she suspects Lundy's difficulty walking is due to damage to his teeny spinal cord.

The two were bound to meet eventually. Rogers set them together while attending to Lundy and saw the way the two snuggled up almost immediately. Herman didn't peck, and Lundy didn't nibble.

Rogers snapped some pictures of their cuddles. The "oohs" and "ahhs" followed soon after.

People from every corner of the world flooded Rogers' inbox with donations, messages of support and, naturally, pleas to adopt Lundy or the other cute pups in her care.

And the donations keep coming. The foundation raised $6,000 in two days, she said. That's enough to cover the high-end cost of a veterinary surgery that many of her rescue animals require.

Lundy needs to get stronger

Herman will likely stay in Rogers' care for the rest of his life. She's hopeful Lundy stays strong and survives.

"With animals born with defects, there's a chance we could lose them," she said. "So we don't want to make anyone really excited. But now I think we've gotten a thousand emails asking, 'Please, don't ever separate those two!'"

One of Lundy's rescuers fell in love with him while traveling with him to Rochester, so he may already have a new home lined up. The question, then, is if Herman will ask to tag along too.

Animal shelters across the United States are making the hard decision to close their doors to the public because of the coronavirus pandemic.

Is Your Pet Your New Co-Worker? Tips for Working at Home with Your Furkid

Having your furkid as a co-worker can be an added bonus when you’re working from home.  Working with your pet can be very therapeutic - helping you to better cope with the daily stressors. However, your pet + work doesn’t always equal harmony.  Here are some tips on staying focused and productive while working alongside your new furry co-worker.

Animal shelters across the United States are making the hard decision to close their doors to the public because of the coronavirus pandemic. 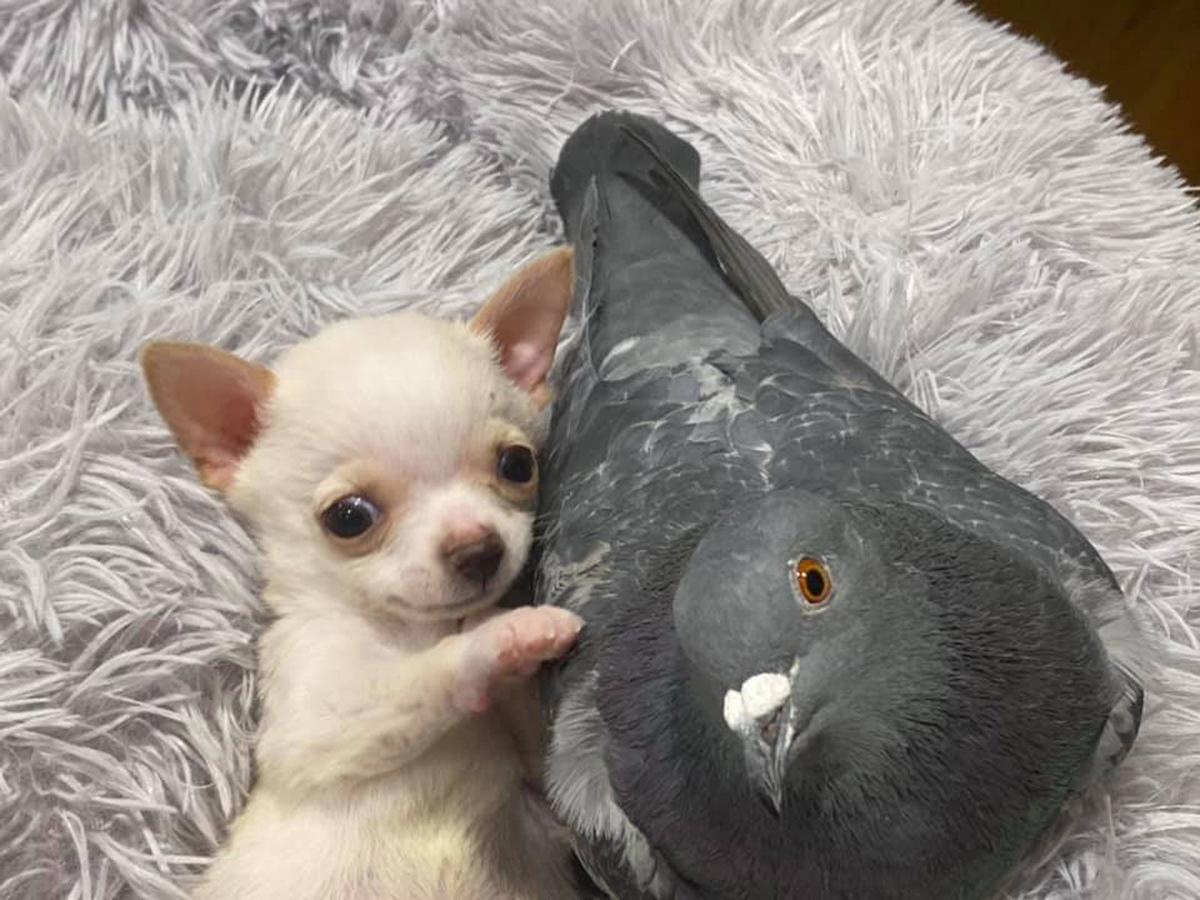 Lundy (left) and Herman (right) are friends. Yes, they're a chihuahua and pigeon, respectively, but the species barrier hasn't stopped them from snuggling up at their Rochester, New York, rescue. 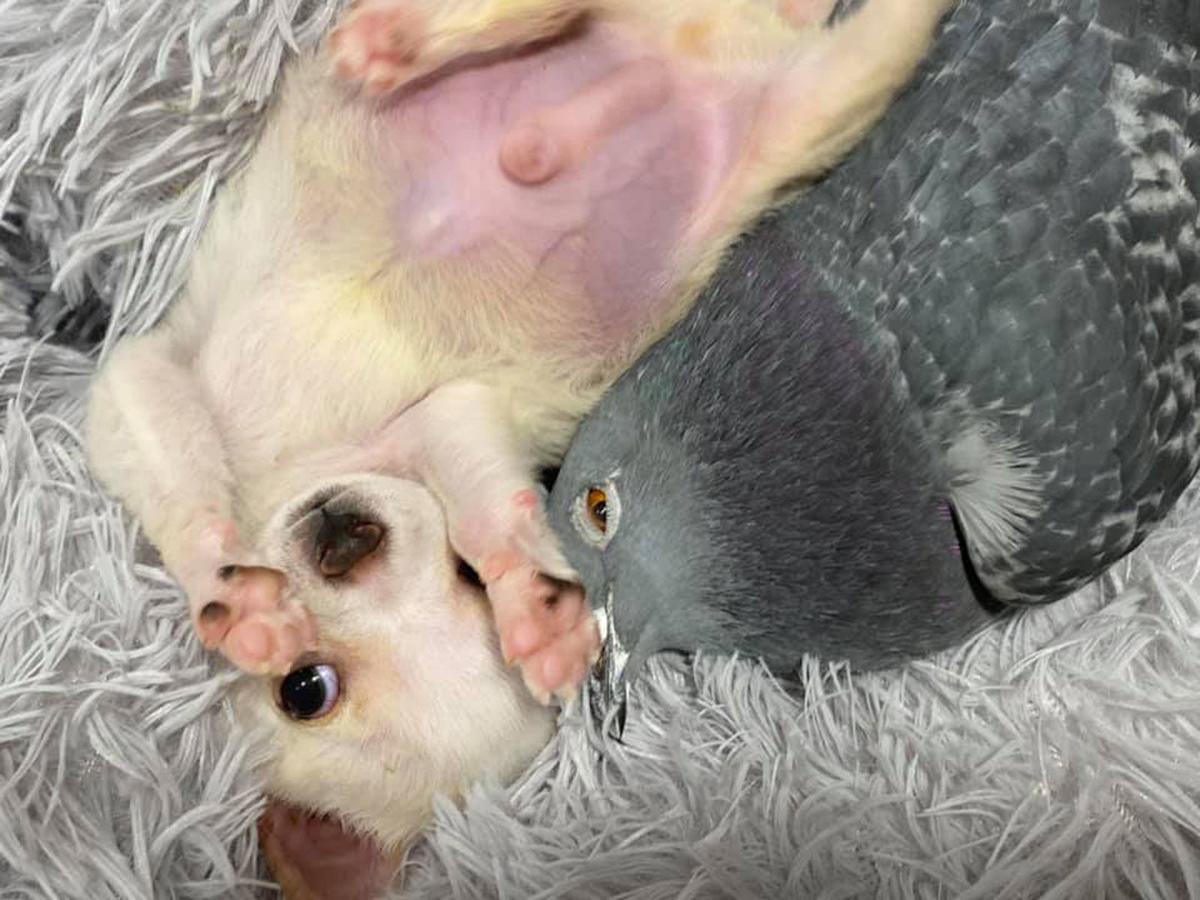 Lundy and Herman are cuddle buddies at a rescue organization in Rochester, New York.