The typically clear summer weather of the Willamette Valley allowed many of us to glimpse Comet NEOWISE last month, low in the northwest as evening twilight faded. C/2020 F3 (NEOWISE) was discovered in late March by an automated infrared space telescope. During July it became the best and brightest comet for northern hemisphere observers in the last 23 years, generating considerable media coverage during these otherwise troubling times. Although this visitor from the outer solar system has faded from easy visibility, another astronomical event, the Perseid meteor shower, will occur the evening of August 11.

Although they look very different from each other when seen in the sky, comets and meteors are actually closely related. While there is no historical record of any comets colliding with Earth, we did pass through the tail of Halley’s Comet during its 1910 apparition. In 2014 Comet Siding Spring barely missed Mars by about 87,000 miles. In 1994 numerous fragments of Shoemaker-Levy 9 hit Jupiter, dredging up material from deep within its atmosphere and temporarily creating the largest, darkest spots ever seen on the planet.

In fact, small comet particles hit us all the time. Meteor showers occur when the Earth plows into the solid material shed by a comet. While traversing the inner solar system, a comet’s nucleus (a solid mass of various ices, dust, and grains of rock) heats up from the unfiltered sunlight falling upon it. The ices sublimate into gas and fine rocky particles escape, forming the comet’s tail. During mid-July, the 3-mile wide nucleus of NEOWISE created a tail that was clearly visible to the unaided eye, stretching some 10 to 15 million miles in length.

Arriving at speeds of tens of miles per second, these cometary particles burn up in our atmosphere and are seen from the ground as a swiftly fading streak of light, known as a meteor, or falling star. Larger fragments that survive their fiery entry and hit the surface are known as meteorites. A notable example is the Willamette iron-nickel meteorite, originally located near the city of West Linn. Considered by the Native American tribes in the area to be sacred, and weighing in at over 17 tons, it is the largest discovered in North America. Since 1906 it has been on display at the American Museum of Natural History in New York City.

A popular summer astronomical event is the annual Perseid meteor shower. This year on August 11, between about 11 PM and midnight before the moon rises, is the best time to watch for these visitors from interplanetary space. Binoculars and telescopes are of no use; it’s best to lie flat on your back and look straight up in order to see as much of the sky as possible. From the comfort of a lawn chair, preferably located in a dark location with a low horizon, you may see as many as 100 meteors in that hour’s time.

Astronomy question of the month: Which comet is the source of the Perseid meteor shower?

Answer to last month’s question: The poles of Jupiter, as revealed by the Juno spacecraft, are a bluish-gray color.

Richard Watson is on the board of directors of Heart of the Valley Astronomers.

Heart of the Valley Astronomers is a group of amateur astronomers dedicated to sharing our passion for the sky with the local community. We meet on the second Tuesday of each month. Next meeting is July 14 at 7 p.m. Meetings are free. For more information see http://hvaastronomy.com/

DEAR ABBY: My husband and I and our children moved across the country away from our families three years ago. My 9-year-old daughter is extrem…

Dear Abby: A pillar of the community is less admired at home

DEAR ABBY: My hairdresser, former neighbor and friend recommended her unemployed brother to do some minor repairs to my home. He and his siste…

DEAR ABBY: My 7-year-old granddaughter, "Leyla," has a playmate who is a transgender girl. My fear is that she may find out the truth and feel…

Dear Abby: Woman planning future may have competition for widower

DEAR ABBY: A friend's wife died six months ago after a 10-year battle with cancer. He was her faithful caretaker, as she was mostly homebound …

DEAR ABBY: I'm a 35-year-old single mom. I've dated a few people over the last seven years, but none of them wanted to commit. Several months …

To Your Good Health: Unexplained weight loss must be investigated

To Your Good Health: Identifying triggers for migraine

DEAR DR. ROACH: Is it true that fructose is a trigger for migraines? — L.J.S.

To Your Good Health: Several factors influence which BP med is the best to prescribe

DEAR DR. ROACH: With all the different medications available for high blood pressure, what factors determine the medicine a doctor will prescr…

To Your Good Health: Very high triglycerides may need a step up from OTC fish oil

DEAR DR. ROACH: I recently saw an ad on TV for Vascepa. It seems to be a drug for lowering triglycerides. I did some additional research and f… 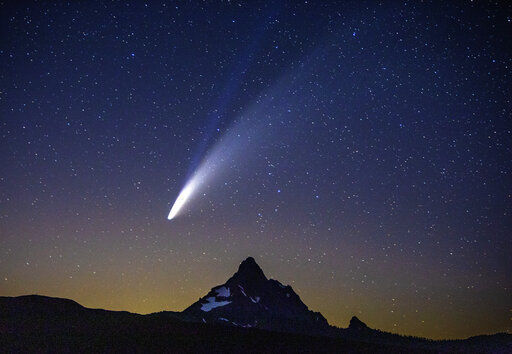 Comet Neowise appears over Mount Washington in the night sky as seen from Dee Wright Observatory on McKenzie Pass on July 14. 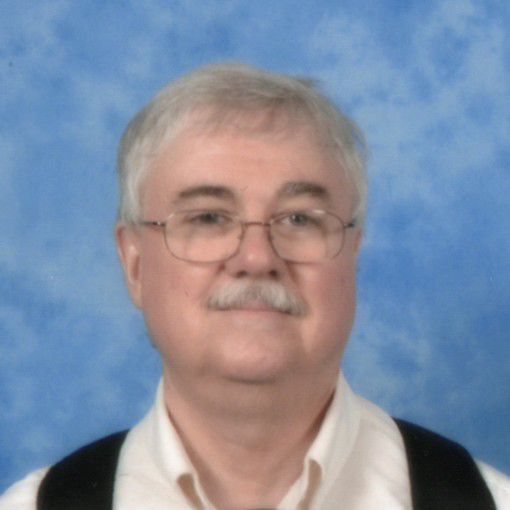