At the Paris Motor Show in 2016, Volkswagen unveiled a concept car called the ID, a small electric-powered hatchback with big white wheels, all white body panels and a glowing VW logo on its nose. It looked clean, bright and futuristic.

The car was a preview of something VW intended to produce for customers in the year 2020. It would cost about the same as a "well-equipped Golf Diesel," the company said at the event. or a little less than $30,000. The comparison was a bit awkward because VW had stopped selling the Golf Diesel at the time, having been caught using software in its diesel cars that cheated emissions tests.

Looked at another way, though, the unveiling was very apt. It was that shameful and costly diesel emissions scandal that helped prompt VW to move aggressively toward electric cars, said Jurgen Stackmann, the executive in charge of VW's passenger car sales. That initial ID has since been followed by five other fully electric ID concept cars.

"We were convinced that this was the only way forward for the Volkswagen brand, to come back to the brand's strength, to actually take a lead, take a position," said Stackmann. "Don't be like the others, playing with 18 options. Take a stand."

VW's plan to concentrate this heavily on electric vehicles contrasts with other automakers that are taking a more balanced approach to alternative fuel vehicles. Toyota, for example, is planning a lineup of hydrogen fuel cell vehicles and hybrids, as well as full EVs. BMW plans to engineer vehicles so they can be built as gasoline, hybrid or plug-in hybrid, of fully electric, depending on market demands.

Purely electric vehicles allow VW designers to take full advantage of the flexibility electric power offers. Electric motors are small and can be placed out near the wheels while the big and heavy battery packs can be shaped to fit down in the floor. This allows a car like the ID to have the interior space of a mid-sized VW Passat within the exterior dimensions of a compact Golf.

Electric drive technology also makes it even easier to create different body styles using the same basic engineering. Called "platform sharing," this practice is commonplace in the auto industry, even in gasoline-powered cars. It's more cost-effective to develop new vehicles when much of the engineering is shared across multiple models. The inherent simplicity of electric drive -- just batteries, cables and small electric motors with a fraction of the moving parts of a gasoline car -- makes it even easier.

Spreading out costs for developing new models means, sometimes, it's OK to have a little fun. Every VW ID concept is intended -- or at least being considered -- for production. But not all of them are vehicles that are expected to sell in huge volumes.

The VW ID Buggy, for example, is modeled on the Beetle-based beach buggies of the 1960s. It was unveiled at the Geneva Motor Show last March. VW might partner with a small scale auto manufacturer to build it. The car has two seats up front and a bench in the back that two more people could ride on. It has no fixed roof but there are attachments for a cloth awning that would at least block the sun.

"If you are out driving and it rains, you get wet," explained Klaus Bischoff, VW's head of design, with a shrug.

The ID Buggy is highly functional, though. Its function is to look cool. It would help people remember the old VW back when it was a darling of the counter culture and before it was just another international industrial behemoth that got caught polluting the air.

Then there's the VW ID Buzz, a modern battery-powered take on the beloved VW microbus, known for transporting hippies in the late 1960s and early 70s. It's due out in 2022.

Looking further into the future, the ID Vizzion, unveiled at the 2018 Geneva Motor Show, was a concept car with no steering wheel or pedals because it's supposed to drive autonomously. The car's exterior design presages an electric sedan and it's intended for production in 2022. However, VW apparently does not think that the autonomous version of the car will be ready for the real world very soon. The 2022 sedan will, in fact, have a steering wheel and pedals.

These more practical models, the Vizzion, Crozz and the original ID hatchback, are the cars that will be the real backbone of VW's ID line. They are straightforward cars people will want to buy for all the reasons people usually buy cars.

"Right now, our option is to make this a success and we will make it a success," Stackmann said. "That's our way forward." 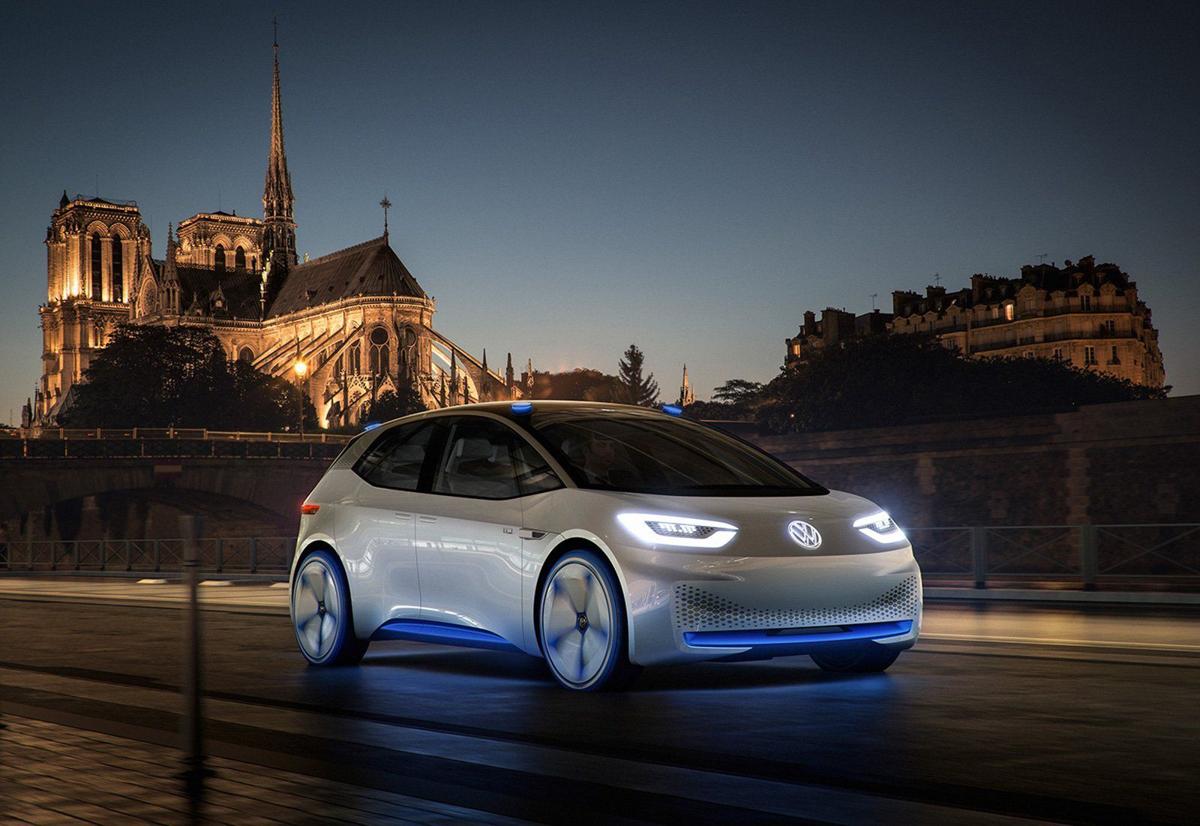 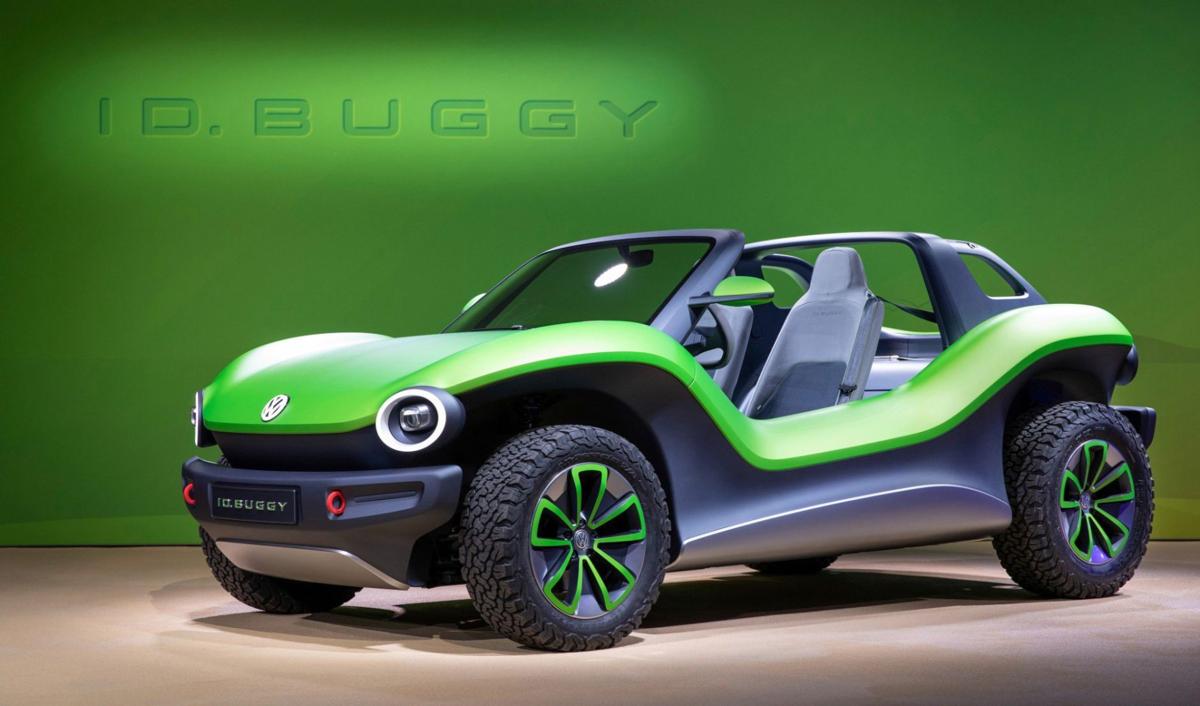 The VW ID Buggy is highly impractical but very evocative of the 1960s beach buggie. 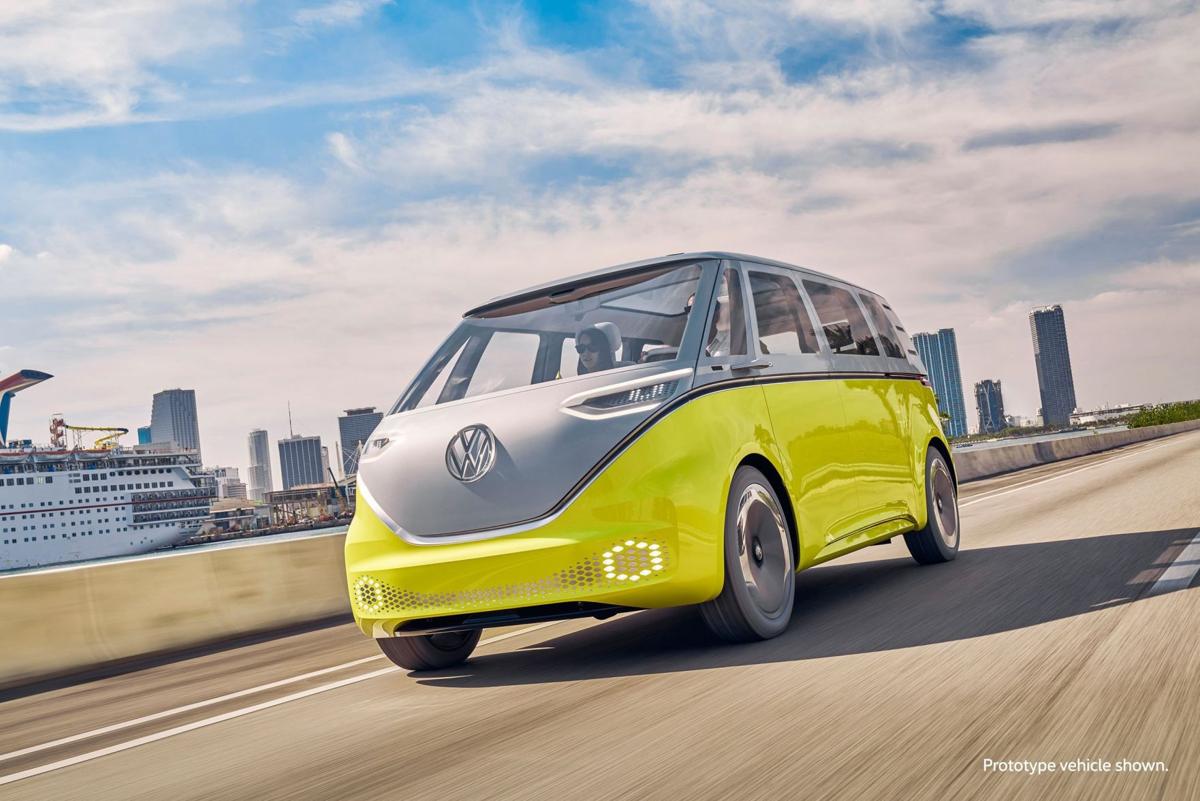 The VW ID Buzz looks like the Microbus beloved by hippies in the 1960s and early '70s. 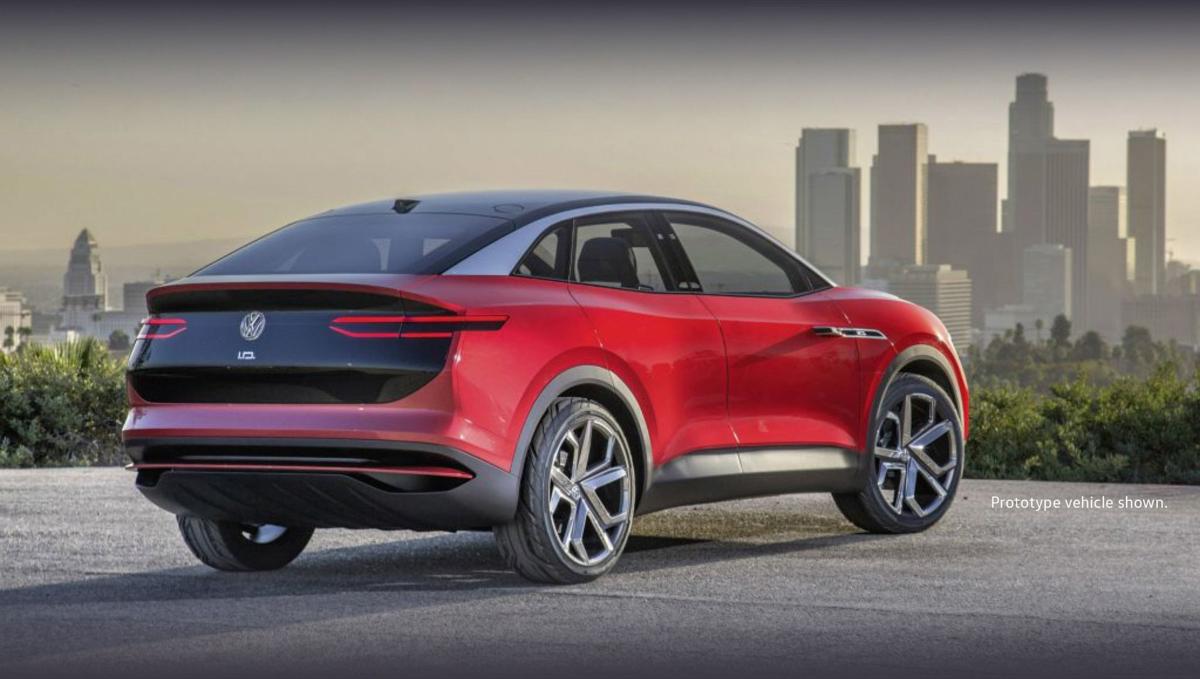 The VW ID Crozz is an electric crossover SUV aimed at the US market. 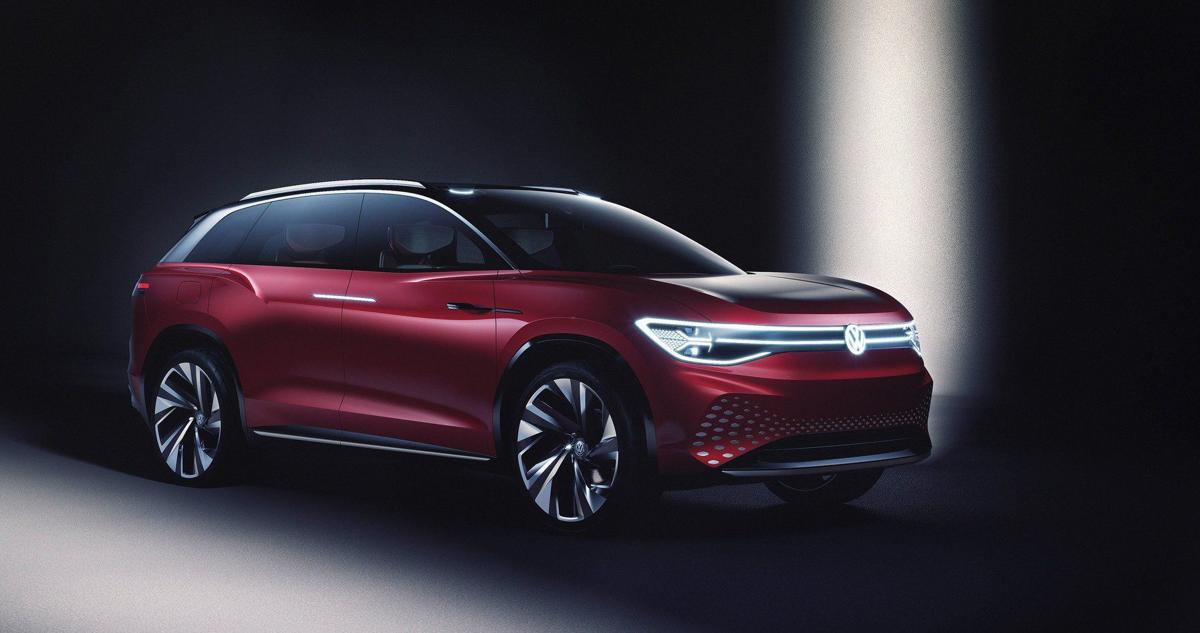 The ID Roomz, unveiled in Shanghai, is a big SUV.