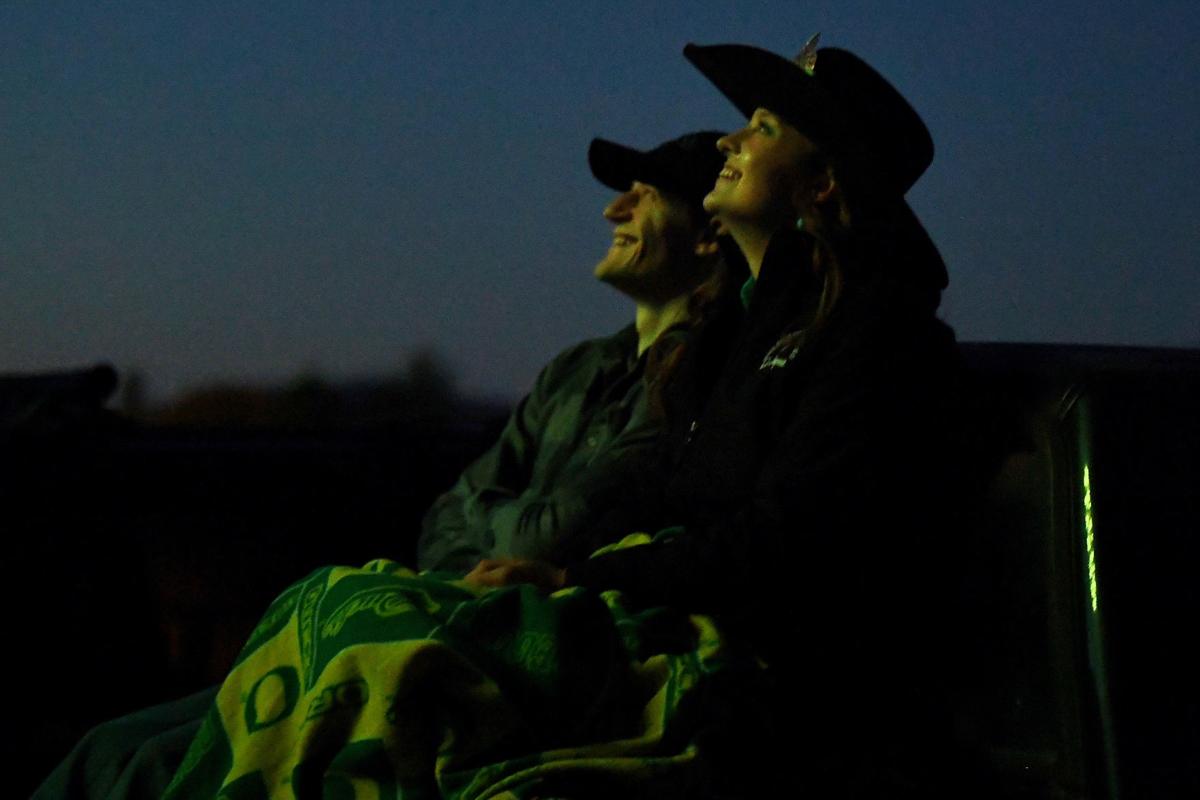 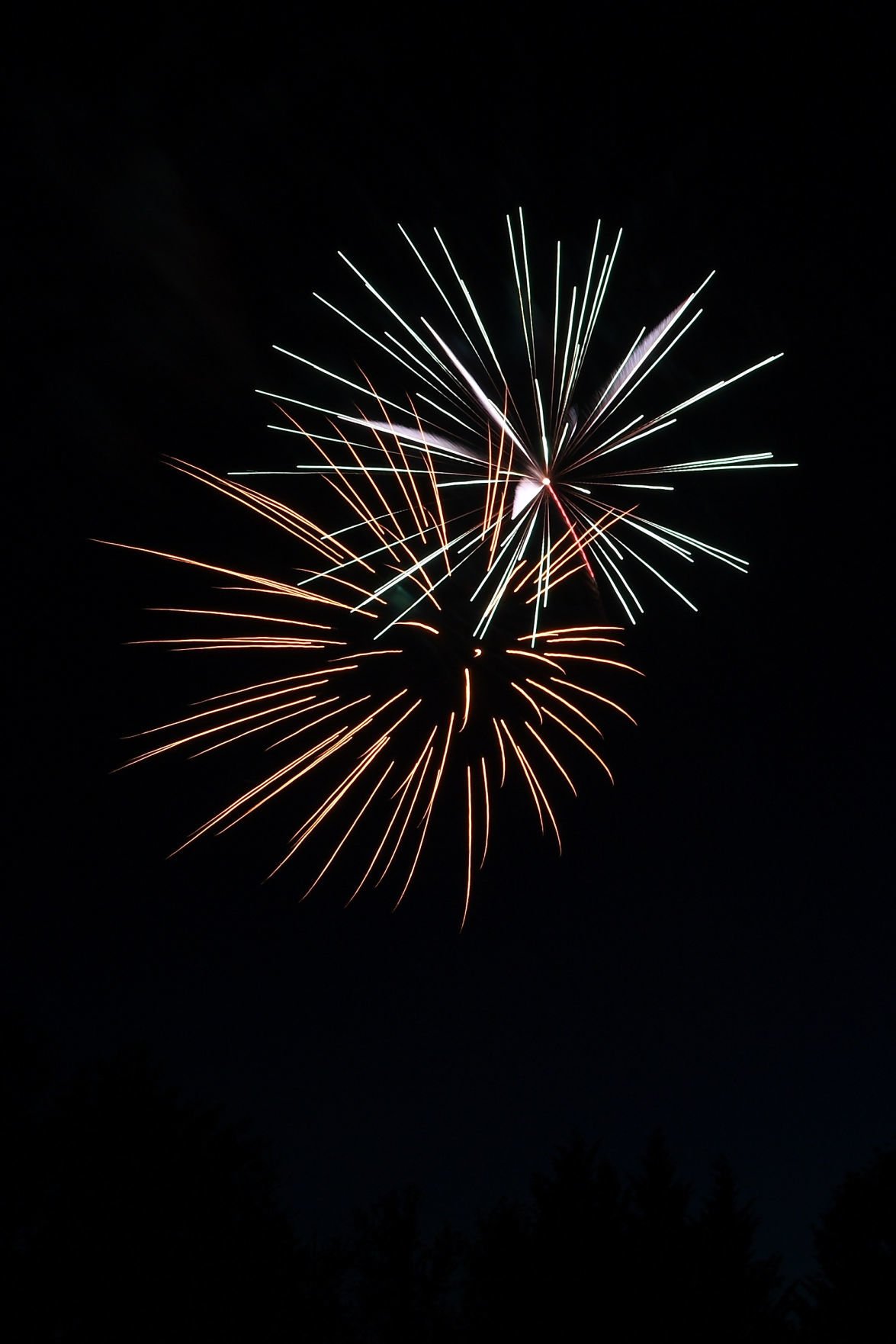 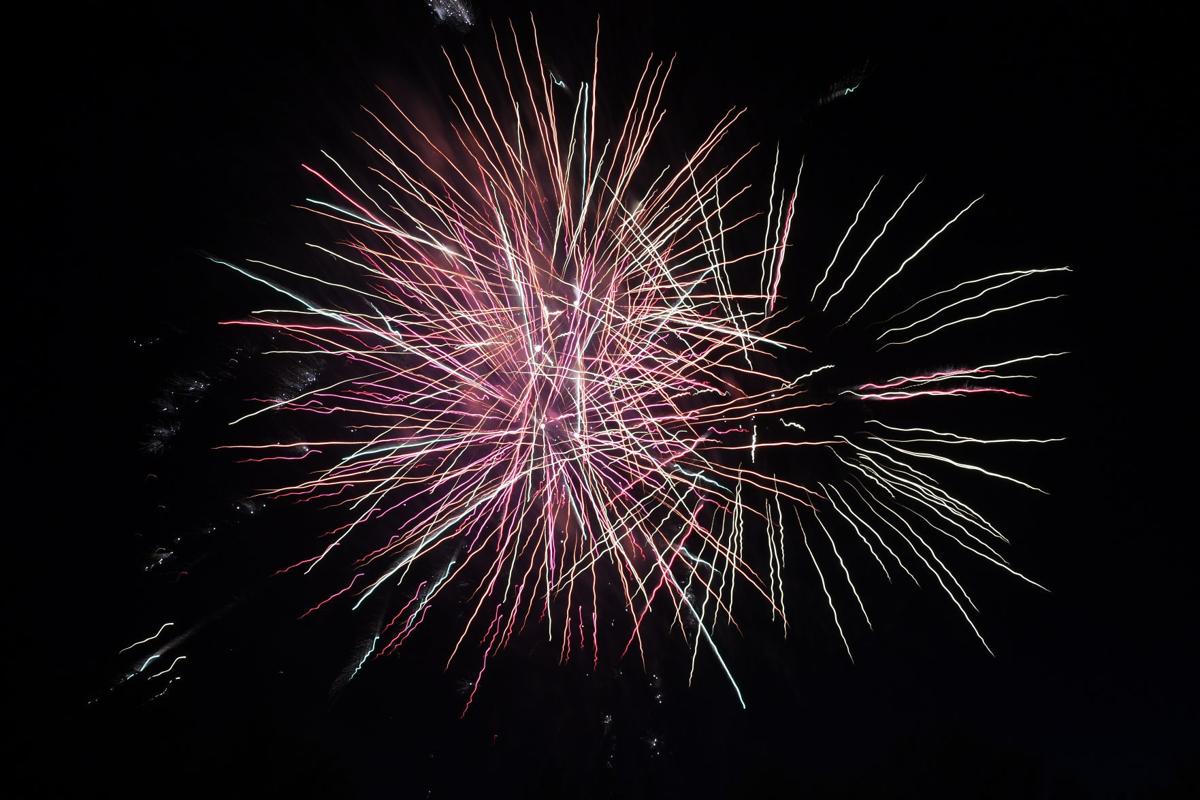 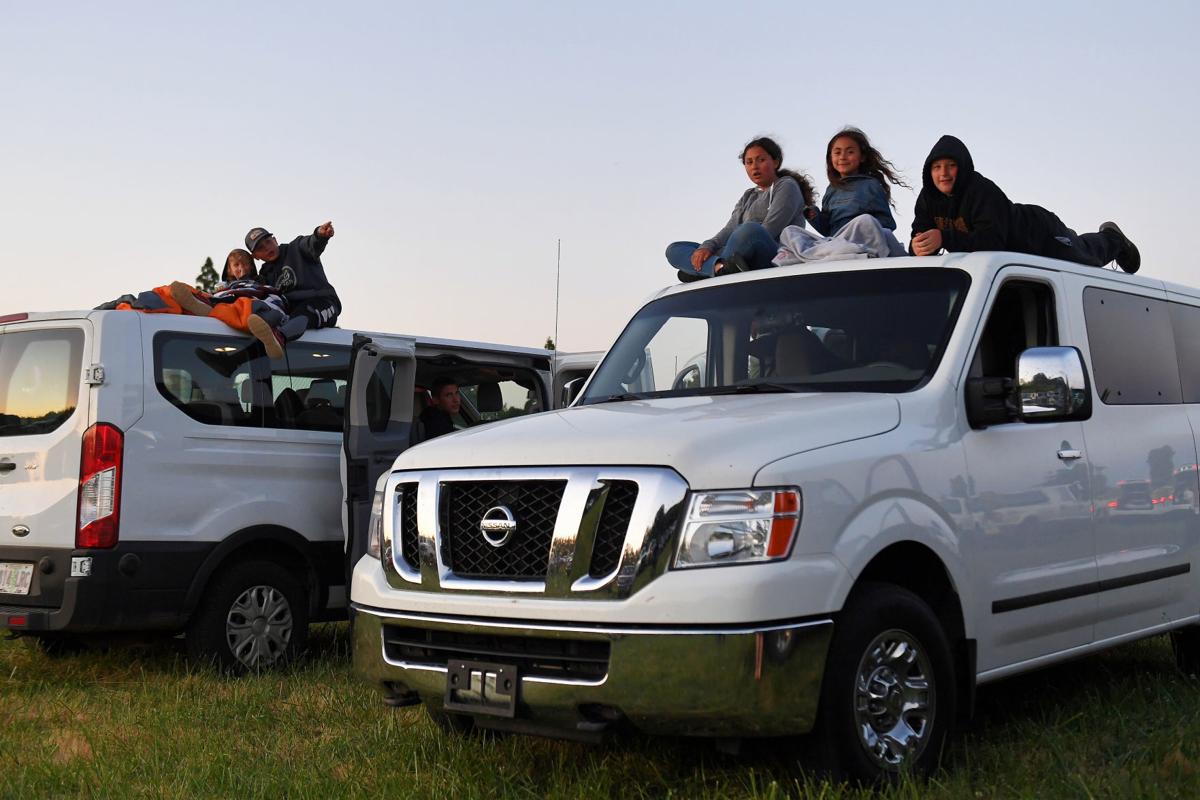 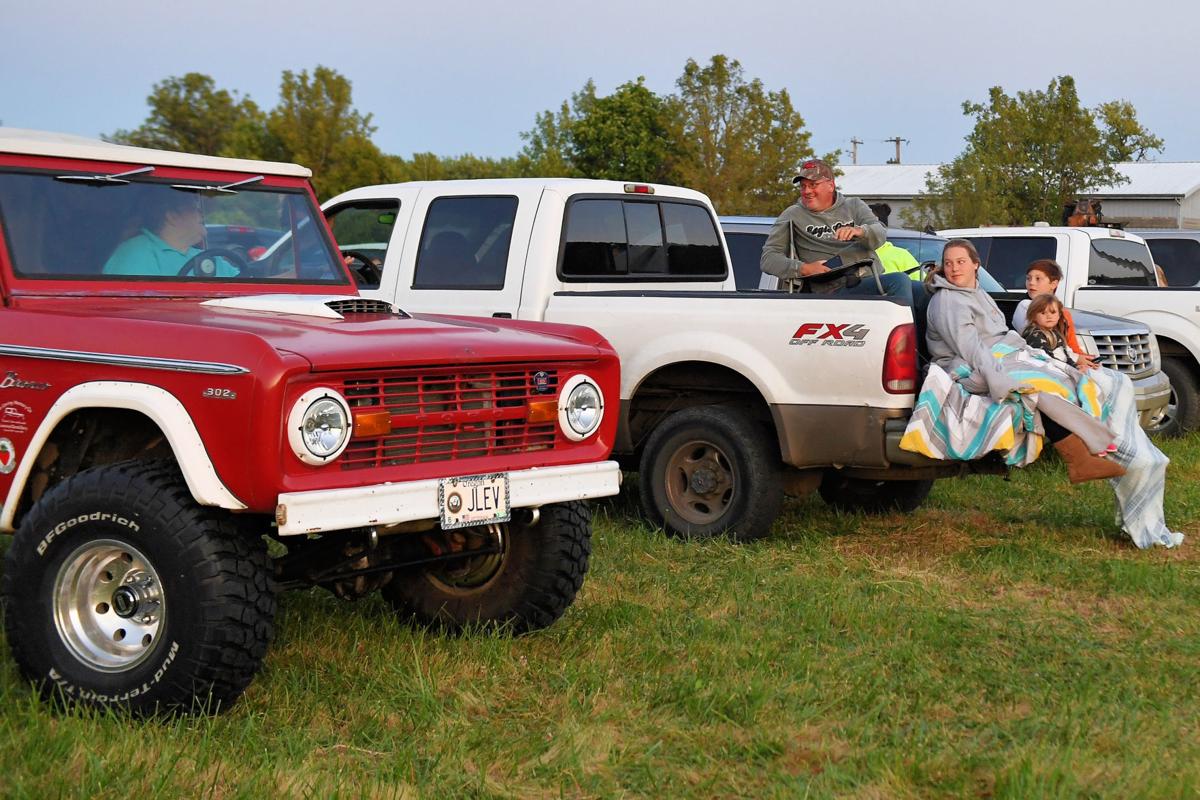 In what was perhaps the largest gathering of people in the city since the COVID-19 outbreak began, hundreds of cars lined the Philomath Rodeo Grounds at nightfall on Friday.

The annual Philomath Frolic & Rodeo, a mid-valley summer staple, was canceled due to the coronavirus pandemic. But a Fireworks Extravaganza went on drive-in style.

“It was a very somber decision to not hold the Frolic & Rodeo this year,” said City Manager Chris Workman.

But he and the rest of the Frolic & Rodeo Board of Directors wanted to do whatever they could to show community spirit while staying safe.

The rules for watching the fireworks were simple: “Stay in or on your vehicle.”

“Everyone on the board was all in and super excited to do it,” Workman said. “We’re just excited that the community has something to look forward to. We’ll be able to put some worries and cares behind us and enjoy the show.”

Gates to the Rodeo Grounds opened at 8:30 p.m. Blankets, snacks and open tailgates abounded as people settled in for the show.

“It’s a little bit of a side note, but it’s good for our community to come together,” said viewer Gale Phillips from a foldable chair in his tailgate. “People are just starving to do anything right now.”

The show began around 9:50 p.m. and was put on by Western Display Fireworks, a family-owned contractor based in Canby. With the help of usual Frolic & Rodeo sponsors as well as donations, the city was able to secure extra ammunition.

“Our guys like lighting off fireworks and they haven’t gotten to do it very much this year,” Workman said.

11-year-old Rocco Delarosa and his mom Jamie Beddingfield, waiting with the top off of their Jeep Wrangler, said it was nice to be away from their house and watch a professional fireworks show.

“I like fireworks and we don’t really do them at my house,” Rocco said. “My grandpa’s afraid of burning the house down.”

So, “It’s nice to get out around people and watch some fireworks,” Beddingfield added.

Christy Cole, her dad Greg Gaboni and her kids, nieces and nephews ate popcorn on the ground by their car while they waited for dusk.

Although they’d never attended Philomath’s rodeo, Cole said, she was thankful for the volunteers who still made the fireworks happen despite the risks.

“You think of mostly all the kids and all the people who put (the Frolic & Rodeo) on,” she said. “You feel for them. But at the same time, you’re still conscious of your surroundings.”

Jaymie Belcher, the 2020 Miss Philomath Frolic & Rodeo Queen, said she fell in love with the rodeo a few years back and that it was hard to see it change so abruptly this year.

“We try to do whatever we can,” she said. “It was definitely not a decision taken lightly.”

But, as she helped direct traffic and collect donations at one of the gates, she said it was nice to know the community could still safely enjoy a small piece of what the rodeo usually offers.

“We might not be having the same time that we normally do,” she said, “but at least people can still get together and have a good time.”

For a video recap of the show, visit facebook.com/frolicandrodeo.