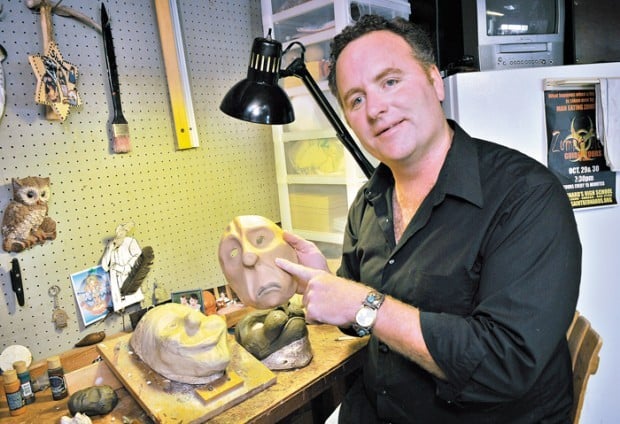 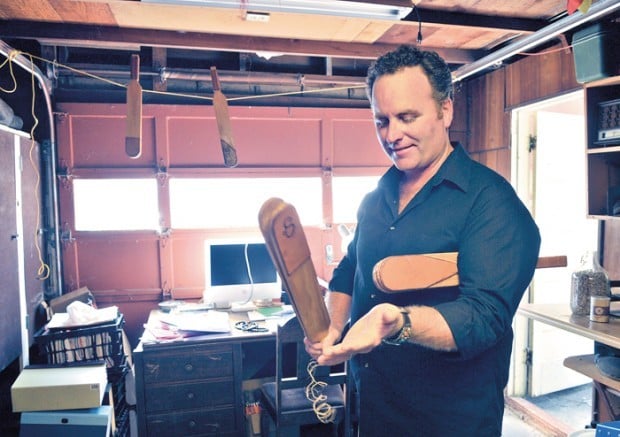 The new director, Dan Stone, just moved to Corvallis from Eureka, Calif., in Humboldt County, where he was teaching at a small college prep school called St. Bernard’s and directing at Humboldt State University.

Stone has also been the owner and director of a community theater company called Sanctuary Stage since 2003. His company is known for creating original shows based off of local history.

Sanctuary Stage recently won grants from the California Arts Council’s Creating Public Value program and the National Endowment for the Arts to create a new show based around the lives of loggers – both past and present.

When the company is writing new material it often hosts story circles so that members of the community can come in and share community history and personal tales. Then a play is based off the interviews and community members are cast in the show.

“It’s not political,” Stone said. “It’s about the lives of these people – loggers past and present. If politics enter the picture, it’s about how did it effect these people.”

The play is called “Brush Ape – The Logger of the Northwest.” This project will culminate in an original play staged at The Blue Ox Millworks in Eureka.

Another original performance commemorates the Wiyot, a Native American tribe from Humboldt Bay that was essentially eradicated in the late 1860s at the time of the Indian Island Massacre carried out by by European settlers during the tribe’s World Renewal Ceremony. Fewer than 100 Wiyot tribe members remain today.

Stone talked to the president of the tribe and got permission from the tribe itself to hold a “healing” performance.

“Eighty-five percent of what we do is all original,” Stone said.

Stone is also a huge fan of the Commedia dell’arte theater style, which has its roots in 16 and 17th century street performances in Italy and France. The very physical, often comedic, style uses stock set of characters (many of them masked) and improvised performances based on sketches or scenarios. The Flaminio Scala scenarios, published in the early 17th century, are the most widely known collection.

“The scenario is really just a roadmap,” Stone said. “The actors create the play in rehearsal. Then there is this free-flowing feel that stays with the play. It liberates you as a performer and forces you to let go of your inhibitions.”

Stone has directed two commedia dell’arte plays based off Shakespeare’s “Romeo and Juliet” story and another from Charles Dicken’s “A Christmas Carol.” He has also used quite a few of the Scala scenarios.

“I’m going to do commedia dell’arte touring with my students next summer,” he said. “It’s the funniest stuff I’ve ever seen.”

“This style of theater gives you the tools to write, to produce and to act,” Stone said.

In commedia dell’arte there is only a handful of characters that don’t wear masks, such as the lovers (who wear Baroque-style heavy white powder on their faces.)

In addition to directing, writing and acting, Stone has been a mask maker for 10 years.

Stone generally makes a life mask of an actors face using plaster-like material and sculpts the character’s attributes over that form in clay. Once the sculpture is finished he puts another mold on top to make a negative shape and casts the final piece in liquid Neoprene (a flexible rubbery substance). Stone notes that when he first started making masks the preferred medium was papier mache. Back in ancient Italy, leather was used.

Stone also has a background in children’s theater productions.

“There’s a lot of potential at this college,” Stone said of LBCC. “Great potential. I’m looking forward to developing a very exciting and dynamic department.”

Stone is teaching a full load of classes in the fall, including acting, intro to theater, play reading and a career class for students interested in working in the performing arts called “Jobs for Theater Majors.”

Stone hopes to be able to mentor students hoping to work in theater. He wants to show students how to make connections and network.

“That’s something that I never had, that kind of counseling in college,” he said.

“I got the sense that the college is very interested in rebuilding this department,” he said. “There were a lot of requests from students to bring it back.”

Stone has already hired a new technical director for LBCC, Leslie Hammond, from Connecticut, is expected to arrive on campus in a few weeks.

“Leslie and I are going to have the ability to create our own program,” he said.

Former LBCC theater director Brian Newberg, who was dismissed because of budget cuts at the end of the 2008-2009 school year, recently accepted a position as assistant professor of theater and director of theater at Kent State University at Stark in North Canton, Ohio. Newberg spent the last year as an associate artistic director of Willamette Stage Company in Corvallis, where he also taught actors through the professional theater group’s Stage U studio classes.

The productions planned for next year at LBCC include the musical “Blood Brothers” in November, “Nick Tickle Fairytale Detective” for the annual children’s show in February and the comedy “Noises Off” in May.

Stone also plans to run a “10 minute play in a day” workshop, where randomly assigned teams of playwrights, directors and actors will have 24 hours to create and produce an original short play. Stone has hosted the fast-paced events at the community theater in Eureka, Calif.

Stone is originally from Texas. He earned his bachlor’s degree in acting and dramatic literature from Cal State Bernadino and an M.F.A. in theater from Humboldt State University.

Just last month, he moved his wife Tinamarie Ivey and three sons, ages 17, 15 and 9 to Corvallis. His wife, who is also an actress, plans to take on the daily business of running Sanctuary Stage. His older sons will attend Corvallis High School.

“I’m really interested in developing a good working relationship with all the local theaters,” Stone said.

For more information on Stone and his theater company Sanctuary Stage, see www.sanctuarystage.com.