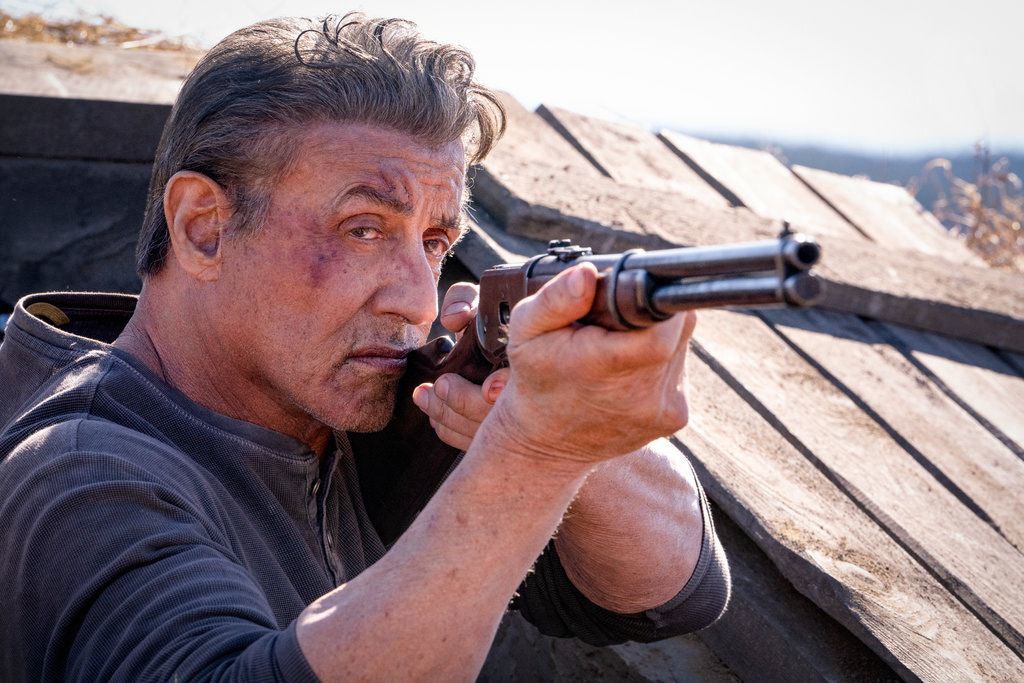 Sophie Turner, right, stars as a young Jean Grey in "Dark Phoenix," another entry in the long-running "X-Men" franchise. 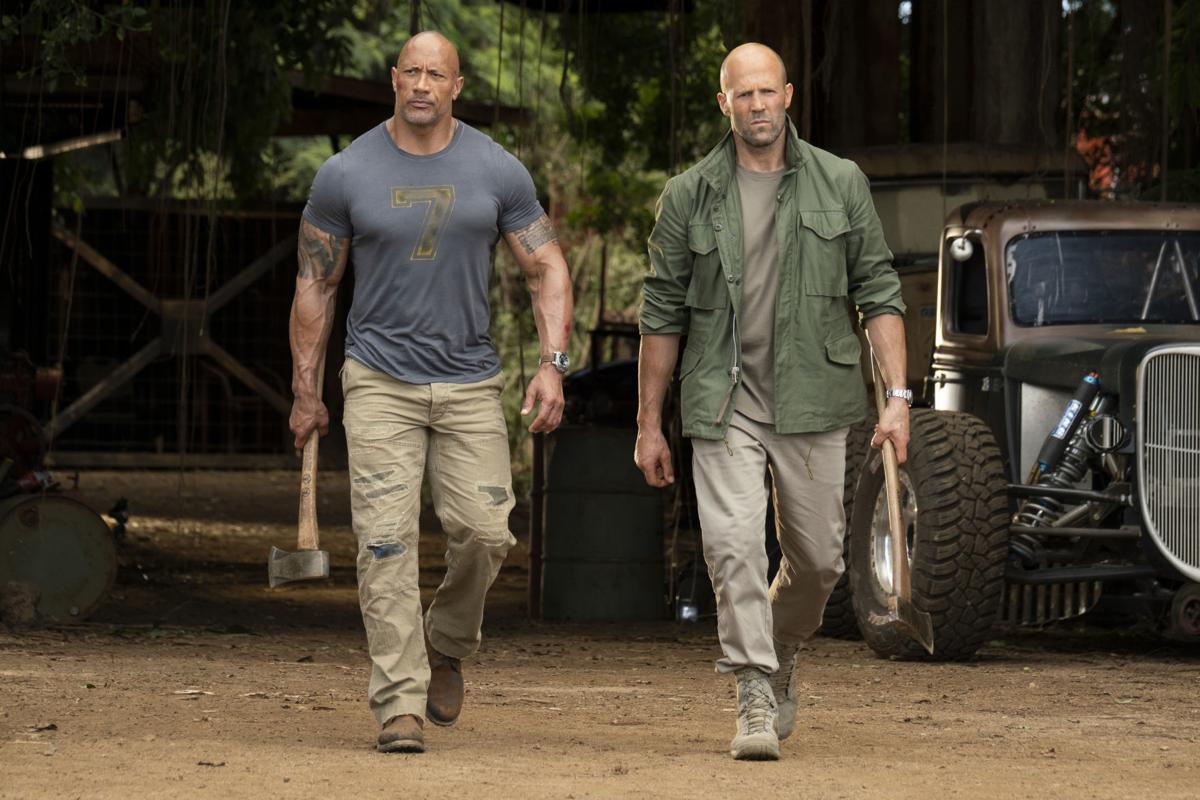 The "Fast & Furious" franchise continues at full throttle as Dwayne Johnson, left, and Jason Statham spin off in "Hobbs & Shaw."

My guess is many of my fellow critics in the USA and abroad will place "Cats" atop their lists of the worst movies of 2019, and it's hard to argue with that call.

And yet, "Cats" is "only" in eighth place on my list of the worst movies of 2019, because it has a certain campy personality that ALMOST made it entertaining, in a warped sort of way.

Sitting through "Cats" was like making it through a particularly turbulent two-hour flight. You feel a sense of bonding with the audience because you've all made it through this bumpy, shared experience. It's almost worth bragging about, whereas watching the films higher up on this list (or should that be lower down?) is more akin to watching someone projectile vomit on a flight: Nobody who witnessed it ever wants to speak of it again.

A gratuitously violent, logic-defying, racist, xenophobic pile of garbage. This film was such a disgrace that David Morrell, the author of the novel "First Blood" and the creator of the John Rambo character, tweeted: "I agree with these RAMBO: LAST BLOOD reviews. The film is a mess. Embarrassed to have my name associated with it."

This is not only the worst film of 2019, it's one of the worst movies I've ever seen.

Many a thriller requires the main characters to occasionally behave like idiots. In the shockingly dopey stalker movie "The Intruder," every single major player acts like a moron in every single scene. When Dennis Quaid is at his best, he can be entertaining as hell. When he pushes the Ham-o-Meter to 11, as he does here, he might as well be pointing out the exit doors in the theater.

What's that? You've never heard of this lurid, vapid, ugly and derivative "thriller" about a Los Angeles-based makeup artist who takes a trip to Tijuana and gets tangled up with some Mexican gangsters? Consider yourself lucky.

Not to be confused with the vastly superior "Hustlers," this reboot of the 1964 con-man film "Bedtime Story" and its 1988 remake "Dirty Rotten Scoundrels" manages to soak all of the charm and humor from those two films. Anne Hathaway's upper-crust accent is so bad she'd get a "Thank you, we'll be in touch" from the casting director at a small-town community theater, and the usually funny Rebel Wilson delivers the least-inspired performance of her film career.

This "X-Men" spinoff/reboot starring "Game of Thrones" alum Sophie Turner in an underwhelming performance as Jean Grey ranks alongside dull, poorly shot, terribly written clunkers such as "Green Lantern," "Spider-Man 3" and both big-screen versions of "The Fantastic Four" as the most horrible superhero films of the modern era.

The "Fast & Furious" franchise has traveled quite the uneven road over the last two decades, with the few standout efforts far outnumbered by the slick, empty, dumbed-down, mediocre entries, e.g., this cinematic pothole. Despite the considerable appeal of action stalwarts Dwayne Johnson and Jason Statham, the "Fast & Furious" spinoff film "Hobbs & Shaw" is audience-insulting, lazy, empty-headed, excruciatingly overlong nonsense that makes "Tango & Cash" seem like a masterpiece of the genre.

When the digital de-aging technology goes sideways, it REALLY goes sideways, as evidenced by the strange and waxen appearance of the "young" Will Smith in this sci-fi snoozer. When 50ish Will shares the screen with college-age Will, it presents the opportunity for him to give TWO bad performances simultaneously.

I'm hoping for a "Making of 'Cats'" feature that addresses pressing issues such as:

• Dame Judi Dench's Old Deuteronomy wears a fur coat. Is there a deleted scene in which one of the other cats says something like, "Hey, are you wearing my late Uncle Jimmy?"

• Did Taylor Swift insist her cat character have a noticeable bustline?

• Why do the cats have human hands? Are they products of some sort of scientific experiment gone wrong?

Nothing like hitting the reset button on a franchise in order to produce a loud, crude, self-congratulatory, headache-inducing, smug and wildly unfunny reboot.

This sci-fi epic from Robert Rodriguez and James Cameron had some admittedly impressive set pieces, but the digitally oversized eyes of the title character, the dopey "Rollerball" scenes and some creepy Freudian twists sank this battleship.

PARK CITY, Utah (AP) — Lin-Manuel Miranda knows that, for some, the story of his life is already written.

'Black in Space' looks at final frontier of civil rights

ALBUQUERQUE, N.M. (AP) — In 1959, Ronald Erwin McNair walked into a South Carolina library. The 9-year-old aspiring astronaut wanted to check out a calculus book, but a librarian threatened to call the police if he didn't leave. McNair was black.

NEW YORK (AP) — The redesigned “Sonic the Hedgehog” showed plenty of teeth at the box office, speeding to a $57 million debut, according to studio estimates Sunday, while “Parasite” saw one of the largest post-Oscars bumps in years following its best picture win.

Review: A CGI canine yearns to be free in 'Call of the Wild'

Does the dog movie have any new tricks? Do we want it to?

Sophie Turner, right, stars as a young Jean Grey in "Dark Phoenix," another entry in the long-running "X-Men" franchise.

The "Fast & Furious" franchise continues at full throttle as Dwayne Johnson, left, and Jason Statham spin off in "Hobbs & Shaw."