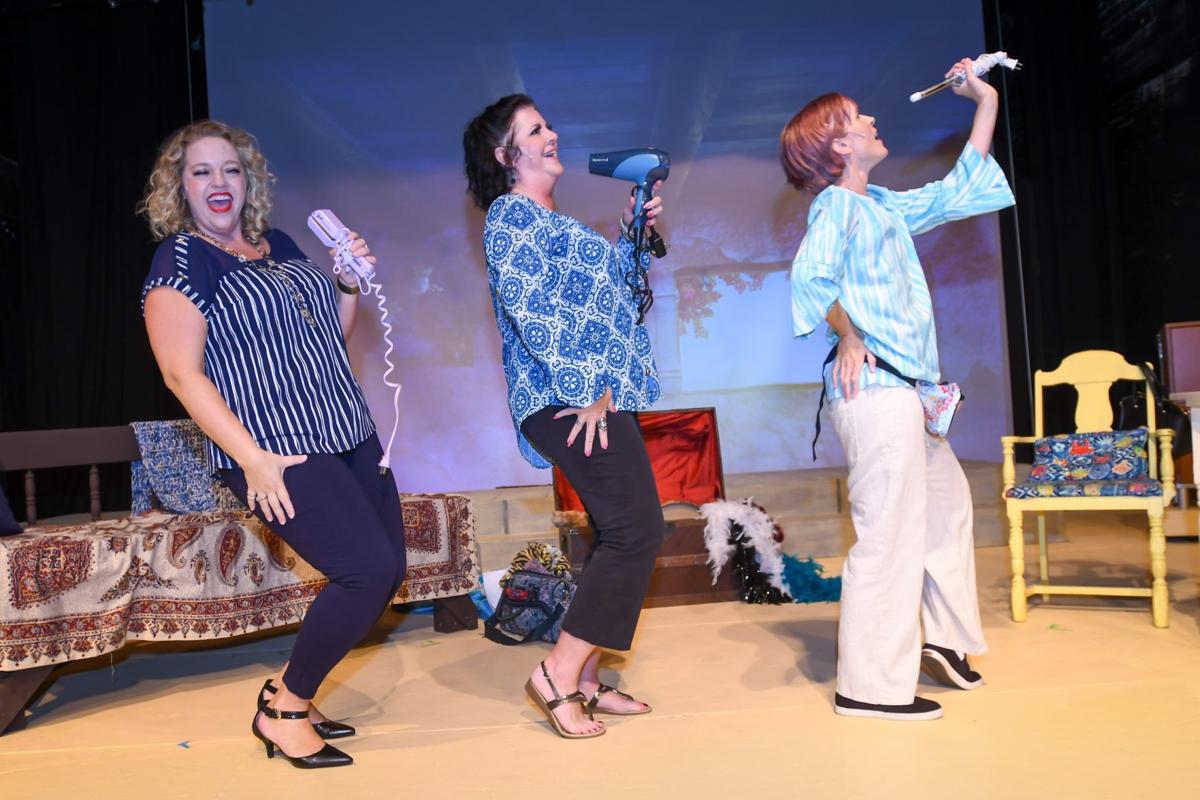 • Theater: From the left: Tamara Merry as Tanya Chesham-Leigh, Carri Moffatt as Donna Sheridan and Meghan Duddlesten as Rosie Mulligan belt out an ABBA tune in "Mamma Mia!" The musical settles in for a second weekend at the Albany Civic Theater, with performances set for Thursday, Friday, Saturday and Sunday. For information, go to the website albanycivic.org. 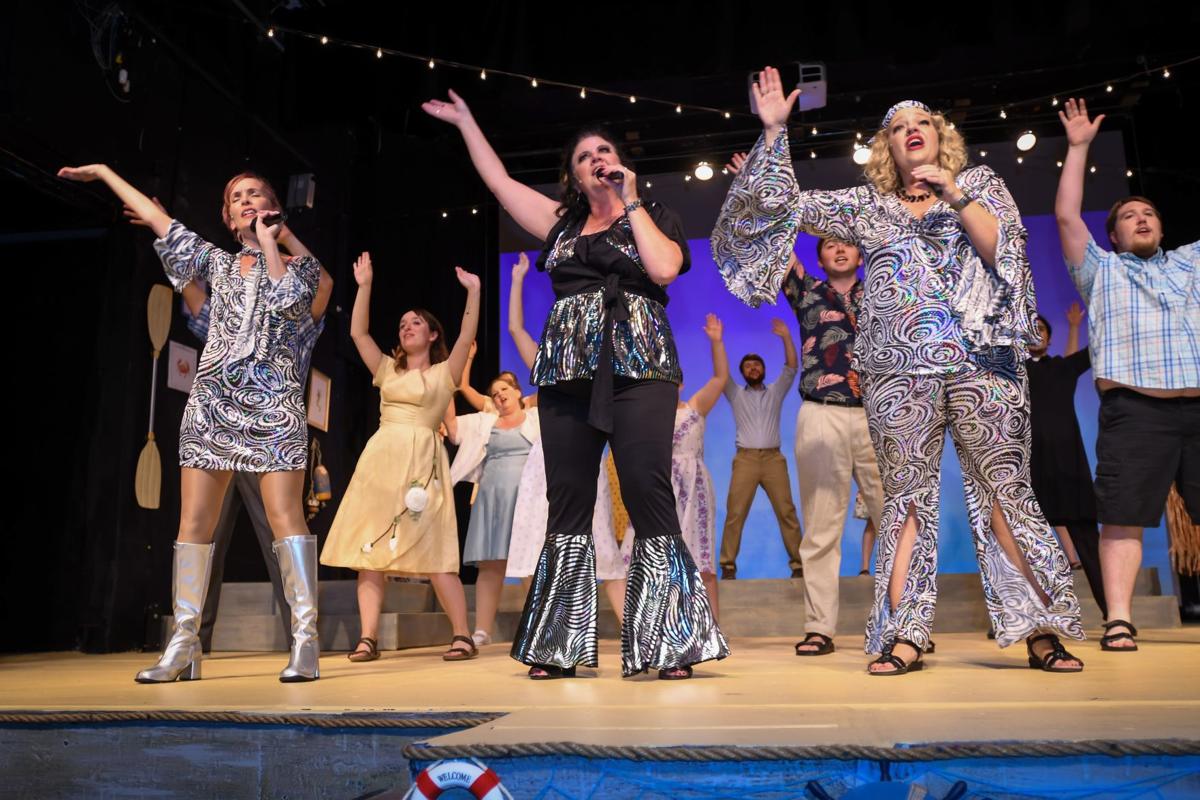 • Theater: It's the last weekend for the ABBA-fueled musical, which wraps up its run with shows on Thursday, Friday and Saturday night at the Albany Civic Theater, 111 First Ave. W. in Albany. For information, go to the website albanycivic.org. 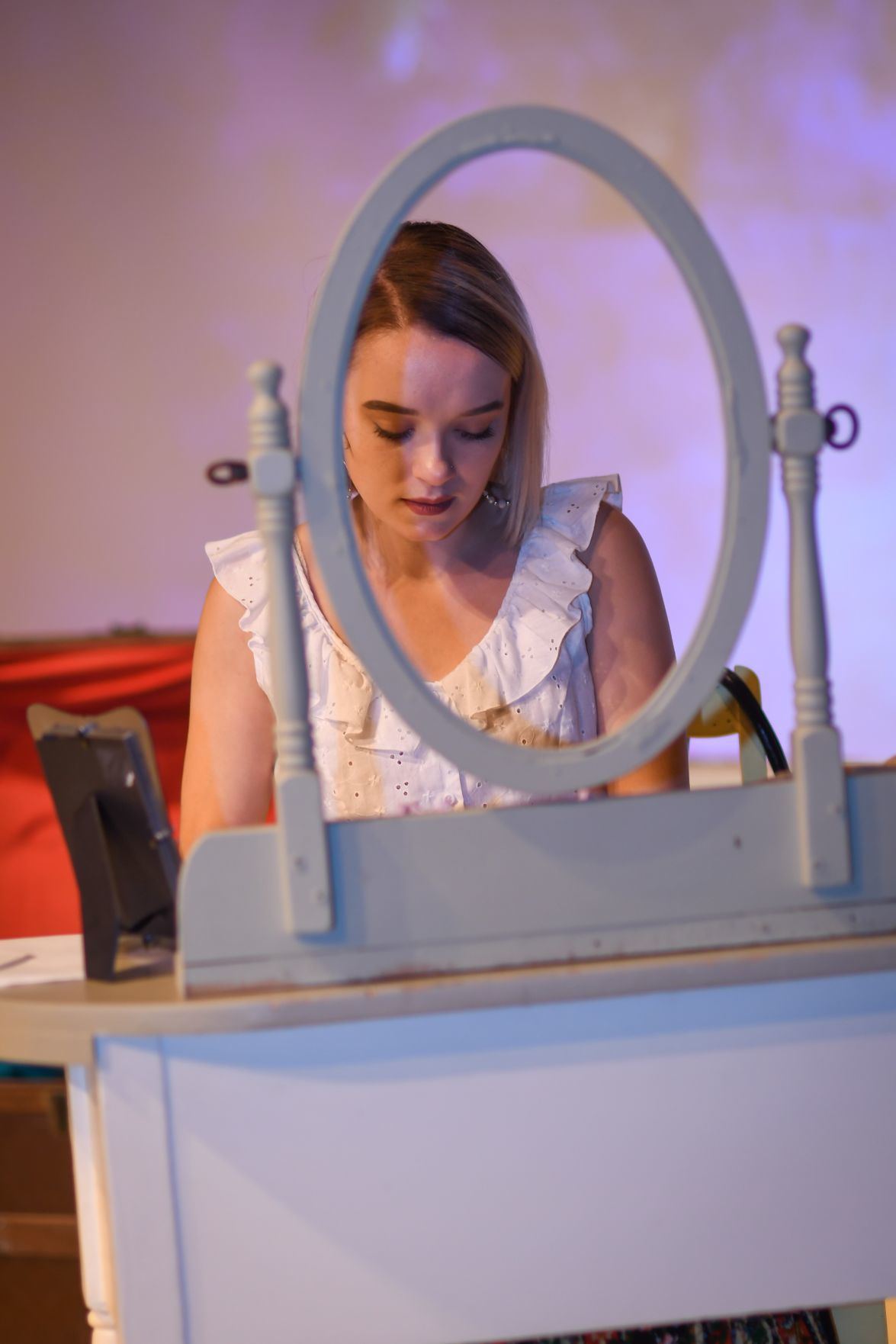 So, let's put Christi E. Sears on the spot: The director of the Albany Civic Theater's production of "Mamma Mia!" has been listening to ABBA songs every night now for months. Surely by now these songs, which form the background of the musical, are starting to wear just a little thin.

Nope. Not at all. In fact, Sears can still rattle off her favorite ABBA tunes, all of which play prominent roles in the show: "Mamma Mia!," of course. "Dancing Queen." "Does Your Mother Know?" "I Have a Dream."

The songs "take me somewhere else," she said. "I can listen to a song from ABBA; I'm hearing the words and the music is driving me to another place."

But that love for ABBA earworms (and chances are that an ABBA song is stuck in your head as you read these words) is not the primary reason why Sears wanted to direct the show.

"I have always loved the story behind it," she said in a recent interview.

That story, and those songs, debut Friday for a four-week run at Albany Civic; see the related box for dates, times and other details.

The story of "Mamma Mia!" takes place on the fictional Greek island of Kalokairi, where 20-year-old Sophie Sheridan (Molly Duddlesten) is preparing to marry her fiancé, Sky. She wants her father to walk her down the aisle, but she doesn't know who he is.

Sophie discovers an old diary kept by her mother, Donna (Carri Moffat), and finds entries which describe intimate dates with three men — Sam Carmichael (Ray Phipps), Bill Austin (Lance Duddlesten) and Harry Bright (Adam Vester) — all occurring during the summer of 1979. Sophie suspects one of these men is her father and invites each to the wedding.

In the meantime, Donna is receiving guests at her hotel, including a pair of longtime best friends, Tanya (Tamara Merry) and Rosie (Meghan Duddlesten).

If it all feels like a framework on which to hang a bunch of ABBA songs — well, yes, guilty as charged.

But there's something else that appeals to Sears: The show, she noted, is unusual in that it puts the focus clearly on its female characters. "The male parts are kind of secondary," she said. And the chance to direct a show that puts so much emphasis on female relationships was irresistible, she said.

There's another story angle to "Mamma Mia!" that appealed to Sears: the message that "families consist of various things" and come in all different shapes and sizes. That's a message, she noted, that still is timely today.

So that means that Sears needs to work closely with her actors, encouraging them to think through their characters in detail: "I like to empower the actors to just get the point across," and that work extends to the ensemble as well: Sears asks them to build a character for themselves.

But this also is a show that requires some large-scale thinking as well and includes this chore: "Getting 38 people to look good and not get bulky on a very tiny stage."

The sense of family that drives "Mamma Mia!" extends to the Albany Civic Theater group that's been working for months to stage the show: "There's a group of us who have been working together a long time," she said, and many of those familiar faces are in the cast and crew. "We do really good theater, but we're also a family," she said.

It's a family that includes some new faces as well: "We've got a lot of people who have been hungry and energetic."

But Sears wants to be sure that the newcomers will blend well into the mix, and so she keeps a close eye on auditions to get a sense for that chemistry: "Their audition for me starts the minute they walk in the door."

As for audience members who walk in the door at the theater, Sears hopes they react to her production the same way she did when she first saw the show:

"It made you think, and it made you want to stand up and dance," she said — and theatergoers will get a chance to do both: The finale will invite audiences to sing along with a handful of ABBA songs that almost everybody in the house will know word-for-word. And if those audience members want to ponder the show's take on relationships and friendships and family as you leave the theater, that suits Sears just fine.

HOW MUCH: Tickets are $17 general, $14 for juniors, seniors, military veterans and Oregon Trail cardholders. For information, go to the website albanycivic.org.

The original version of this story incorrectly stated the length of time that "Mamma Mia!" would be on stage at the Albany Civic Theater; the show is settling in for a run that will stretch over four weeks. All of the specific dates listed for performances are correct.

'The Bachelor' star Colton Underwood comes out as gay

Hank Azaria, who voiced Apu on 'The Simpsons', apologizes for playing character

"I apologize for my part in creating that and participating in that," Azaria said. "Part of me feels like I need to go to every single Indian person in this country and personally apologize."

British actor Helen McCrory, who starred in the television show "Peaky Blinders" and the "Harry Potter" movies, has died.

Me ski pretty one day

Britney Spears is 'flattered' people care so much, shares video with fans

The singer posted a video on her verified Instagram account she said was shot last year for the "Just a Touch of Rose" project.

After apologizing in February for a racial slur controversy, country star Morgan Wallen says he will not play any concerts or festivals this summer.

The E arts and entertainment calendar for April 15 through 22

Jennifer Lopez and Alex Rodriguez told the "Today" show Thursday in a joint statement that they are calling off their two-year engagement.

Spring and summer movie preview: A look ahead to films coming to theaters, homes in coming months

Don’t be surprised if a few of these movies sound familiar due to having been pushed back ad infinitum because of the pandemic.

Will Smith film pulled from Georgia over voting law

Production of Will Smith's film "Emancipation" has been pulled from Georgia over the state's new voting law, the most high-profile film to depart.

• Theater: From the left: Tamara Merry as Tanya Chesham-Leigh, Carri Moffatt as Donna Sheridan and Meghan Duddlesten as Rosie Mulligan belt out an ABBA tune in "Mamma Mia!" The musical settles in for a second weekend at the Albany Civic Theater, with performances set for Thursday, Friday, Saturday and Sunday. For information, go to the website albanycivic.org.

• Theater: It's the last weekend for the ABBA-fueled musical, which wraps up its run with shows on Thursday, Friday and Saturday night at the Albany Civic Theater, 111 First Ave. W. in Albany. For information, go to the website albanycivic.org.