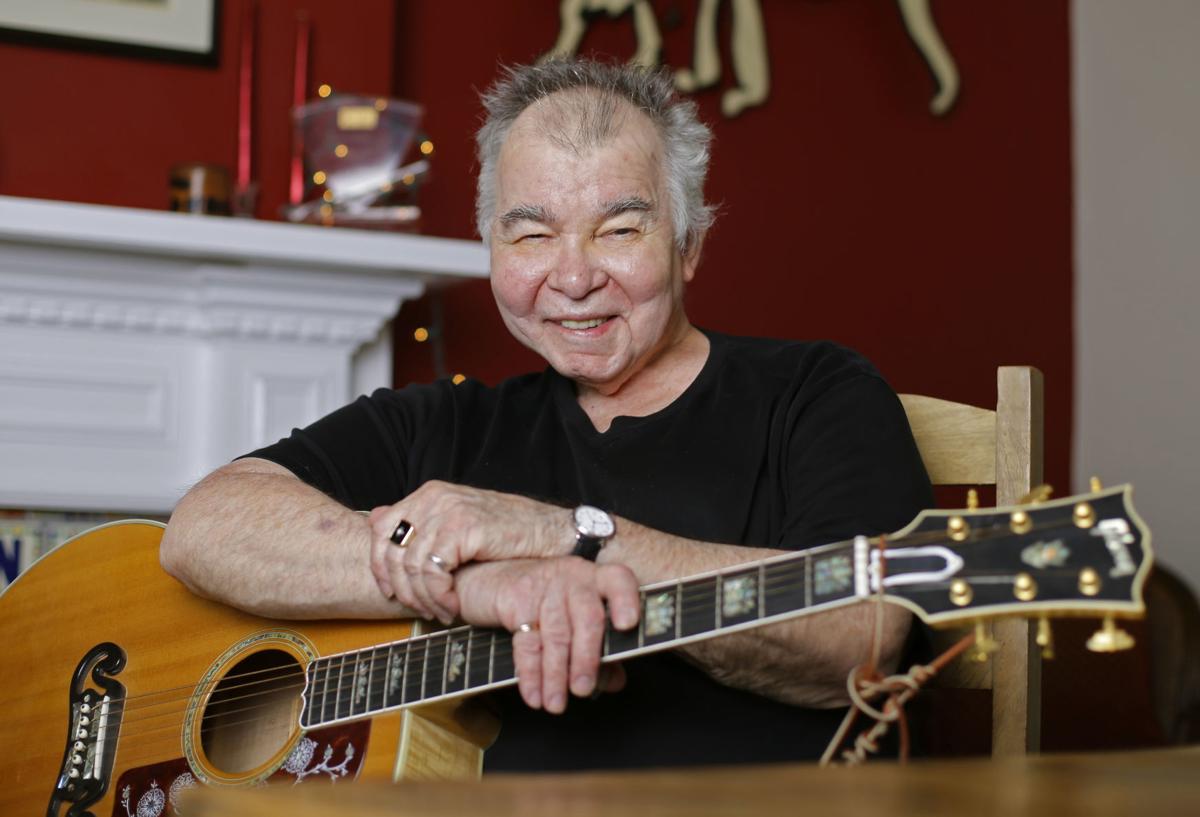 John Prine is shown in his office in Nashville in 2017. The singer-songwriter died April 7 from complications of the coronavirus. He was 73. 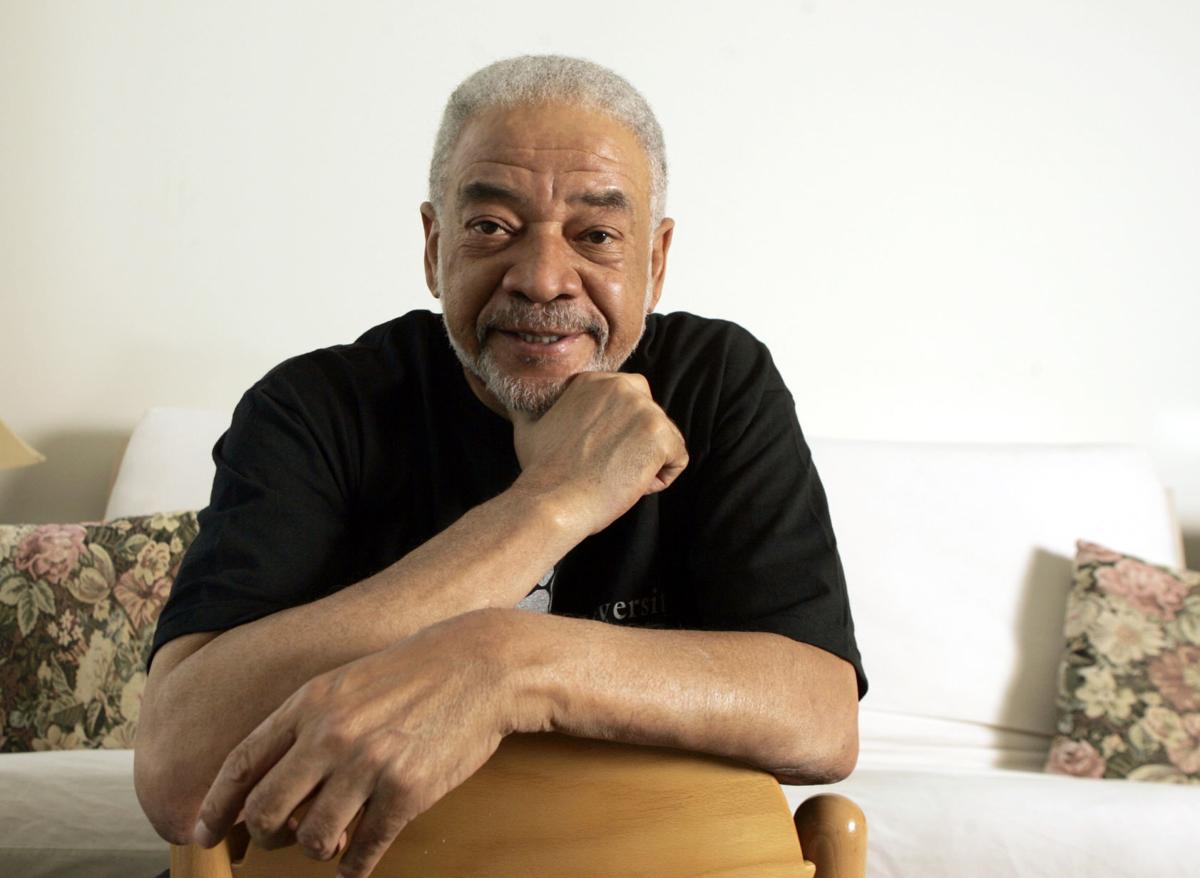 Bill Withers poses in his office in Beverly Hills, California, on June 21, 2006. Withers died March 30 of heart complications at age 81. 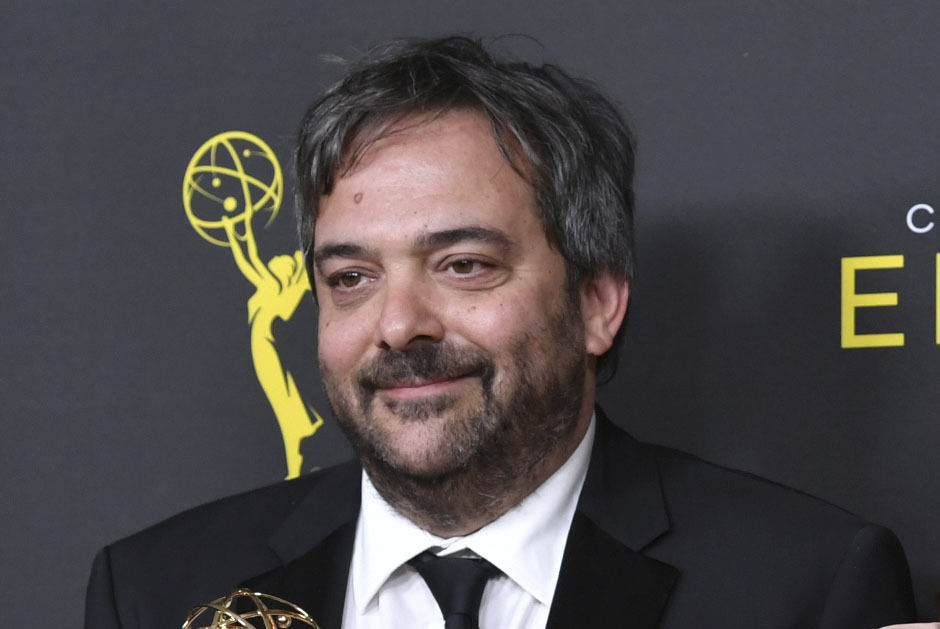 This Sept. 14, 2019, file photo shows Adam Schlesinger, winner of the awards for outstanding original music and lyrics for "Crazy Ex Girlfriend," in the press room at the Creative Arts Emmy Awards in Los Angeles. Schlesinger, an Emmy and Grammy winning musician and songwriter known for his band Fountains of Wayne and his songwriting on the TV show “Crazy Ex-Girlfriend,” has died from the novel coronavirus at age 52.

The newspaper business is not impervious to the economic impact of COVID-19. As part of its response to the pandemic and the reduced revenues that have resulted, Lee Enterprises is requiring its news staff to take two weeks of unpaid leave this spring.

I took the first of my two required furlough weeks in April. No one likes being furloughed, but it is a relatively light burden compared to the impact this situation has had on so many. I spent part of the time working on my backyard fence and sanding down an old family bookcase I have long wanted to restore.

The rest of my free time I spent more productively listening to music. In particular, I spent a great deal of time listening to the music of Bill Withers, Adam Schlesinger and John Prine. Withers, 81, died March 30 of complications from heart disease. Schlesinger, 52, died April 1 of complications of COVID-19. Prine, 73, died April 7. His death was also related to COVID-19, although he had also suffered significant health issues in recent years.

The confluence of these deaths, especially at a time when life felt so different, had a strong impact on me. I had time, too much time, to think about each of these men, their musical careers, and how they will be remembered.

My introduction to each of these artists could not be more different. I do not remember the first time I heard one of Bill Withers’ songs because they have been a part of popular culture as long as I have been alive. “Ain’t No Sunshine” and “Just the Two of Us”, to name just two of his hits, have remained part of the radio catalog and are regularly featured in movies and television show soundtracks. But “Lean on Me” is something more, a secular hymn that can also be sung in church and will survive as long as any of the popular tunes of this era.

Withers made his mark in the music industry almost immediately and then, after growing tired of fighting with record companies, retired just as abruptly, releasing no new albums after 1985. The royalties from his hits gave him this freedom, which he deserved, even if fans might have liked to hear more from him.

Schlesinger’s death hit hard because of his relatively young age and because I became a fan of his music as an adult. Much of my musical taste is unchanged from when I was 14, so it was a pleasure to listen to “new” music from Schlesinger’s band Fountains of Wayne. Former Albany Democrat-Herald news editor Kim Jackson got me started listening to FOW about 20 years ago, and attending one of their concerts in Portland in 2012 was a musical highlight of my admittedly limited experience.

Many people, if they are familiar with FOW at all, know the band solely because of its 2003 hit “Stacy’s Mom.” It is a catchy tune, but for those who don’t know their catalog it could provide an inaccurate picture of the group. Fountains of Wayne isn’t a party band. It is a band for people who didn’t get invited to the party, or who got stuck in traffic on their way to the party, or for those who managed to attend the party but spent the whole night sitting in the corner.

I feel an intense sadness that I will never again get to hear a new song from the immensely talented Schlesinger.

I feel great embarrassment to admit that I had never listened to the music of John Prine before his passing. I grew up in Wyoming, where, as the joke goes, they had both kinds of music: country and western. Once able to select my own music, I chose everything but country. I have few regrets, and the occasional artist — George Strait comes to mind — has slipped past my anti-country music defenses.

When Prine passed I saw tributes from people whose opinion I highly value. In our online world it took only the click of a button to find his music and I have listened to little else since. I am holding longtime Democrat-Herald entertainment writer Cory Frye personally responsible for not introducing me to Prine earlier. He has utterly destroyed my anti-country sentiment.

There may be others who can tell a story in a song as well as Prine, but I don’t believe anyone has ever done it better. Early songs such as “Sam Stone,” “Angel from Montgomery,” and “Hello in There” are remarkable achievements for such a young man.

In his later years he suffered two serious bouts of cancer and each left his voice, which never was what you might call “good,” deeper and even craggier. But I like his songs from this period even more. The depth in his voice has finally caught up to the depth of his songs. His final album, “The Tree of Forgiveness,” is a masterwork, and its final track,“When I Get to Heaven,” is a fitting farewell to an American legend I waited much too long to discover.

Nick Cordero, a Broadway actor who had admirers across the world rallying for his recovery, has died after a battle with COVID-19, his wife Amanda Kloots said.

Richard Heggen gets the same reaction pretty much anytime someone hears he likes to carve wooden saints as a hobby:

Country music firebrand and fiddler Charlie Daniels, who had a hit with "Devil Went Down to Georgia,"' has died at age 83.

The annual Philomath Frolic & Rodeo, a mid-valley summer staple, was canceled due to the coronavirus pandemic. But a Fireworks Extravaganza went on drive-in style.

LOS ANGELES (AP) — Authorities said Thursday that they believe “Glee” star Naya Rivera drowned in a Southern California lake but they are continuing the search for her a day after her 4-year-old son was found alone in a rented boat.

LONDON (AP) — Johnny Depp said in a London court on Friday that he was left embittered by ex-wife Amber Heard's claims he abused her, which turned him from “Cinderella to Quasimodo” in the public eye.

MURFREESBORO, Tenn. (AP) — Country stars, veterans and longtime friends talked about the faith and patriotism of Charlie Daniels at a funeral Friday for the country singer and fiddler.

Jada and Will Smith reveal marriage trouble on Facebook show

LOS ANGELES (AP) — With their marriage under social-media scrutiny, Jada Pinkett Smith and Will Smith reaffirmed their commitment to each other as Pinkett Smith admitted to having a relationship with musician August Alsina when she and Smith were separated.

Here's a collection of what's arriving on TV, streaming services and music platforms this week.

The E arts and entertainment calendar for July 9-16

John Prine is shown in his office in Nashville in 2017. The singer-songwriter died April 7 from complications of the coronavirus. He was 73.

Bill Withers poses in his office in Beverly Hills, California, on June 21, 2006. Withers died March 30 of heart complications at age 81.

This Sept. 14, 2019, file photo shows Adam Schlesinger, winner of the awards for outstanding original music and lyrics for "Crazy Ex Girlfriend," in the press room at the Creative Arts Emmy Awards in Los Angeles. Schlesinger, an Emmy and Grammy winning musician and songwriter known for his band Fountains of Wayne and his songwriting on the TV show “Crazy Ex-Girlfriend,” has died from the novel coronavirus at age 52.