Make-up mogul Kylie Jenner has revealed the name of her baby boy via social media.

Buzz Aldrin tied the knot for the fourth time on his 93rd birthday.

The astronaut - who was part of the historic first-ever moon landing mission in 1969, alongside Neil Armstrong and Michael Collins - took to Twitter to share that he and Dr. Anca Faur, 63, had wed in a small private ceremony in Los Angeles.

Explaining that the pair were "as excited as eloping teenagers", Buzz wrote: "On my 93rd birthday and the day I will also be honored by Living Legends of Aviation I am pleased to announce that my longtime love Dr. Anca Faur and I have tied the knot. We were joined in holy matrimony in a small private ceremony in Los Angeles and are as excited as eloping teenagers (sic)."

He also wrote: "Thank you for all of the Happy Birthday wishes and heartfelt goodwill!"

Read more about it here:

Kylie Jenner reveals the name of her baby boy

The 25-year-old make-up mogul initially announced that she'd named her baby boy Wolf Webster, before having a change of heart - and she's now taken to social media to confirm his actual name, and to share the first-ever photos of him.

Alongside some behind-the-scenes photos of her baby boy, Kylie wrote on Instagram: "AIRE [heart emoji] (sic)"

Kylie - who has Aire, 11 months, and Stormi, four, with rap star Travis Scott - chose to change her son's name after deciding that Wolf didn't suit his personality.

Kylie Jenner reveals the name of her baby boy

Alec Baldwin will not be charged in injury of 'Rust' director

Alec Baldwin will not be charged over the shooting injury of 'Rust' director Joel Souza.

The announcement was made by the New Mexico district attorney after the 64-year-old actor was charged with involuntary manslaughter over the death of the film's cinematographer Halyna Hutchins, killed when a prop gun went off during rehearsals on the 'Rust' set in October 2021.

Joel was hospitalised after he was injured by the same bullet that killed Halyna, but it emerged on Sunday (22.01.23) Alec will not be facing a charge over the injury as there is no "unintentional battery" charge that would apply in the case.

Battery generally requires proof of intention and prosecutors are not alleging Alec intentionally fired the bullet.

Celeb news for the week of Jan. 16

Lisa Marie Presley said she always hated how the graves of her family members, including dad Elvis, at Graceland, were a constant reminder of her mortality.

Axl Rose admitted he is in shock over the death of Lisa Marie Presley while speaking at her celebration of life ceremony at Graceland, where he also played his hit 'November Rain'.

Isla Fisher heartbroken over death of her dad Brian

Isla Fisher has announced her dad Brian is dead and asked fans people can live with loved ones "you can't live without".

Brooke Shields has spoken publicly for the first time about how she was raped in her 20s after she met a man for dinner to discuss film projects following her graduation from Princeton.

Crooner Engelbert Humperdinck has a passion for his "strange process" of making music.

Jane Fonda went 'weak at the knees' around Tom Brady

Jane Fonda got "weak at the knees" when Tom Brady was on set filming his scenes for '80 For Brady'.

Shania Twain was 'petrified' to sing after throat op

Kylie Jenner has clarified the pronunciation of her son's name after finally revealing the tot is called Aire.

Sam Smith thinks it is "a shame" there are no women nominated for Best Artist at the BRIT Awards and thinks there ceremony still has a "long way to go".

Anne Hathaway found the script for her new movie 'Eileen' "really challenging" because it is "unusually smart".

Ray J was full of 'energy' for Raydemption sessions

'One Wish' hitmaker Ray J had "so much energy" when working on 'Raydemption'.

Christian Bale thought Batman would be his last ever role

Joey Lawrence is a dad again

Michael Lockwood will be awarded custody of 14-year-old twins Finley and Harper, according to a report.

Tori Spelling has admitted to being a fan of OnlyFans.

Pamela Anderson has admitted to being frustrated by 'Pam and Tommy', the biographical drama series.

Kim Kardashian spoke about her burgeoning business empire during a lecture at Harvard Business School.

Jeremy Renner has taken to Instagram to deliver an update on his recovery.

I won't watch House of the Dragon, says Emilia Clarke

Emilia Clarke thinks it'd be too "weird" for her to watch 'House of the Dragon', the 'Game of Thrones' prequel series.

Gabrielle Union working on Bring It On sequel

Gabrielle Union is working on a 'Bring It On' sequel about The Clovers.

Stormzy is working on new music, just two months after the release of his chart-topping third album.

'Tar' star Cate Blanchett's husband warned her that her film career would only last five years.

Janelle Monáe says the response to coming out as non-binary has been extremely positive and wants everyone to walk in their own truth.

Raven-Symoné: You've all been saying my name wrong for years!

Raven-Symone reveals the correct way to pronounce her name.

Gisele Bundchen 'adores' Joaquim Valente but they are not dating

Gisele Bundchen is not dating Joaquim Valente but does have a "deep personal relationship" with him.

Selena Gomez: I am still single!

Selena Gomez has insisted she is still single despite recent rumours that she was dating Drew Taggart.

The production of 'Rust' will contine with on-set safety measures.

Madonna has added a fourth London date to her global tour as fans struggle to get tickets.

Kate Beckinsale jokes to lookalike daughter: 'Get your own face!'

Kate Beckinsale admits she texts her lookalike daughter to tell her to get her own face as she gushes over her actress girl's "Disney animal" face and giant eyes, which she says she inherited from her actor dad Michael Sheen.

Britney Spears told fans in a rambling Instagram message she was changing her name to River Red in a post that also addressed reports she had a "manic meltdown" at a restaurant.

Walt Disney Records has announced the release of 'Lofi Minnie: Chill' which contains a host of classic Disney songs, including 'When You Wish Upon a Star', 'Beauty and the Beast' and 'Let It Go', reimagined by some of the best artists in the Lofi Hip-Hop genre.

Phoebe Bridgers has heaped praise on Taylor Swift, hailing her as a "wise human being".

Kelly Clarkson has been granted restraining orders against two alleged stalkers who have made multiple unwanted visits to her house.

Robert Pattinson finds deep fake videos of himself "terrifying" and joked they could put him out of a job one day.

Melissa Etheridge will "forever be grateful" to the late David Crosby, who was the sperm donor for her children Bailey and Beckett.

Rapper Bow Wow has called on hip hop to unionise in a similar way to the NBA's Players Association.

Taylor Swift and SZA are huge fans of each other's work and would never fall out over the charts.

Dolly Parton's new song came to her in a dream

Leslie Jordan's cause of death revealed

Shakira 'building wall to separate her from Gerard Piqué's family'

Shakira is reportedly building a wall to separate her from ex-partner Gerard Piqué's family.

Chrissy Teigen has revealed the name of her newborn daughter via social media.

Lisa Marie Presley has been laid to rest at Graceland ahead of her public memorial service.

Kylie Jenner reveals the name of her son

Make-up mogul Kylie Jenner has revealed the name of her baby boy via social media.

Ana De Armas: From a Cuban soap opera to the Oscars

All the songs that ever debuted at No. 1 on Billboard Hot 100

All the songs that ever debuted at No. 1 on Billboard Hot 100

Kanye West could be banned from Australia after anti-Semitic comments

Kanye West could be banned from Australia after anti-Semitic comments 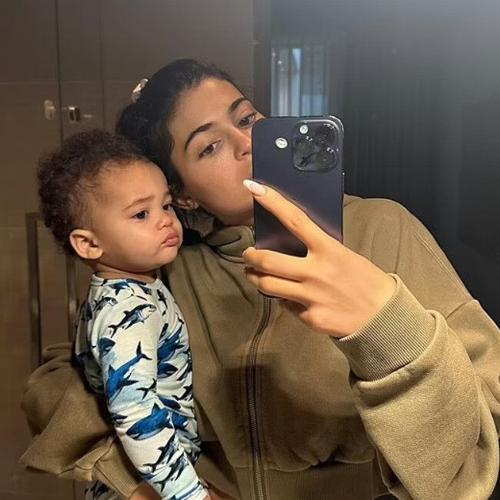 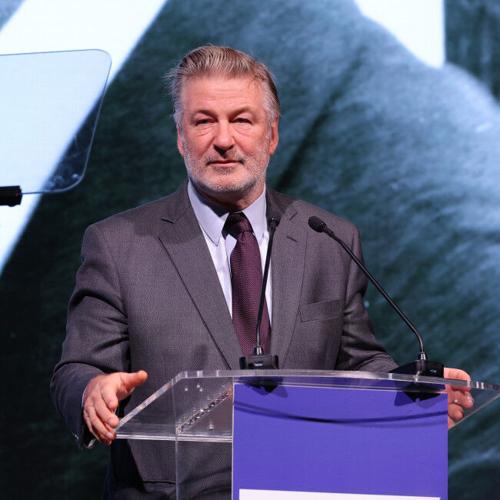 Alec Baldwin will not be charged over the shooting injury of' Rust' director Joel Souza.